Recently that gushing fountain of interesting stuff, the io9.com site, ran a piece on “the most popular television show set in every state.” The original list was developed by Business Insider magazine and considered show longevity, audience size, critical response, awards and cultural impact. The list included Bonanza in Nevada, Mary Tyler Moore in Minnesota, In the Heat of the Night in Mississippi and The Walking Dead in Georgia.


And for Alabama? Why, a show set right here in Birmingham, Any Day Now. That article started me thinking about other tv shows and films set in the Magic City.  Here’s what I’ve found so far.


One category of such productions that may come to mind first is documentaries. Spike Lee’s film 4 Little Girls is a well-known example. Released in June 1997, it chronicles the September 1963 bombing of the 16th Street Baptist Church and its aftermath. Produced by Home Box Office, the film appeared briefly in theaters and has been released on DVD. The song “Birmingham Sunday” by Richard and Mimi Farina and sung by Joan Baez [Mimi’s sister] is used in the film. Sins of the Father, a television docudrama based on the role of Bobby Frank Cherry in this event, was first broadcast in January, 2002. 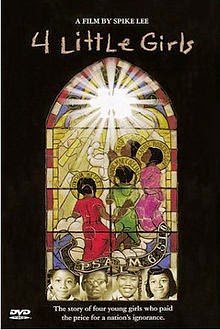 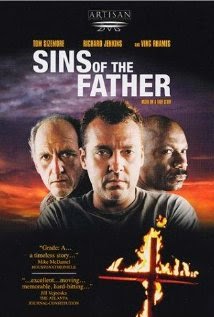 A “reality” television series set in the area premiered on the MTV channel in August, 2006. Two-a-Days explored the on and off-field lives of players on the highly-successful Hoover High School football team. The show consisted of 16 episodes; a second season began in January 2007. A third season was planned but scuttled in the wake of problems that surfaced in the school’s athletic program and in the personal life of head football coach Rush Propst. Both seasons were released on DVD. 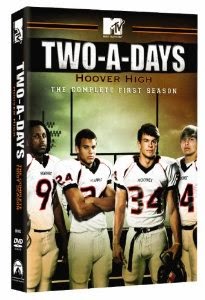 
Other documentaries and reality shows have featured Birmingham topics and people. The Barber of Birmingham: Foot Soldier of the Civil Rights Movement [2011] focuses on the role of African-American barber Mr. Armstrong as he is inducted into the Foot Soldiers Hall of Fame and reacts to the election of Barak Obama. Mighty Times: The Children’s March [2004] chronicles an event in the city in May, 1963; the film won an Academy Award for Best Documentary, Short Subject.  A 1985 Canadian production looked at Jazz in the Magic City.


The 2013 film Skanks tells the story of a local group of actors who produced an original drag musical. She’s a Lady: Memoir of a Downtown Theatre is a 2006 documentary about the Lyric. The Amandas is a 2012 Style Network home makeover program featuring local resident Amanda LeBlanc and her team. The A&E Network crime show The First 48 featured the Birmingham Police Department in episodes beginning in February 2009. City native Robert Clem released one of his documentaries, Jefferson County Sound, in 2012; it profiled several local gospel quartets and has been shown on Alabama Public Television. No doubt many other city people and topics have turned up in film and television documentaries.


Several fictional film and television productions have also featured Birmingham. The earliest one I have been able to find is Camp Meetin’, a 17-minute short released in 1936. A church congregation has an open-air tent meeting to raise money so their pastor can be sent to a conference in Birmingham. Acting in the film are members of the African-American Hall Johnson Choir, a group famous at the time. Johnson and his choir were associated with Marc Connelly’s play The Green Pastures, which had great success on Broadway and in national and international tours. A film version was released in 1936, and Camp Meetin’ may have been made to capitalize on their fame. Since I haven’t seen this short, I am not sure any scenes are actually set in Birmingham.


A film released in April 1976 has plenty of Birmingham connections. Stay Hungry is based on the 1972 novel of the same name by Charles Gaines, a graduate of Birmingham-Southern. The film is entirely set in Birmingham and extensive filming was done in the city. Jeff Bridges plays Craig Blake, a young man who needs one more parcel to complete a shady real estate deal. He visits the gym located there and is attracted to both the receptionist played by Sally Field and the lifestyle of the bodybuilders including one played by Arnold Schwarzenegger, who won a Golden Globe award for his acting debut. An article about the filming can be found here and of course at the Bhamwiki site. 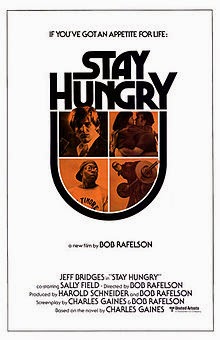 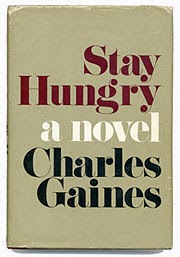 
Local filming was done around the city and included such places as the Bank for Savings Building, a house on Mountain Brook Parkway, Joy Young Restaurant, the Country Club of Birmingham, Boutwell Auditorium and the fire escape of the Lyric Theatre. The movie’s Olympic Gym was located downtown on 2nd Avenue North .


Sally Field has noted that the film furthered her career by showcasing her talent beyond The Flying Nun sitcom and other tv work she was known for at the time. Arnold Schwarzenegger has described how friendly his reception as “Mr. Universe” was in the city. Other well-known people in the cast include Fannie Flagg, Joanna Cassidy, Scatman Crothers, Robert Englund and Ed Begley, Jr. The gym owner was played by R.G. Armstrong, born and raised in the Birmingham area, who had a long career as a character actor in numerous films and television episodes.


A more recent film is also set in the Magic City. Clubhouse was released last October and according to the Internet Movie Database description, “is set in a stately old home in Birmingham, Alabama.” “Sinister characters” attempt to take the home from its “humble” owner.  Unfortunately, the IMDb entry does not say where the movie was filmed. Has anyone seen it? 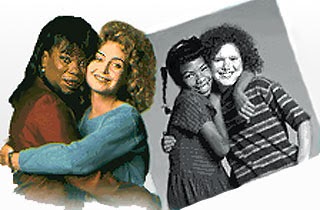 Any Day Now ran on the Lifetime network from August 1998 until March 2002 for a total of 88 hour-long episodes. Annie Potts and Lorraine Toussaint played middle aged versions of two childhood friends—one white, the other black—who grew up in Birmingham in the 1960s. Potts’ character has remained in town, where she and her husband and two children struggle financially. Toussaint’s character has become a successful attorney in Washington, D.C., but when her father dies she moves back, sets up a practice, and resumes the friendship.
Each episode featured scenes from the lives of the two women in both the past and present. The show ended after four seasons because Potts chose not to renew her contract so she could spend more time with family. According to the IMDb entry, at least some filming was done in Birmingham.  The show does not seem to have been released on DVD but is apparently available on HuluPlus.
This past spring Moms' Night Out appeared in movie theaters. The comedy was filmed in various locations around Birmingham and Shelby County. 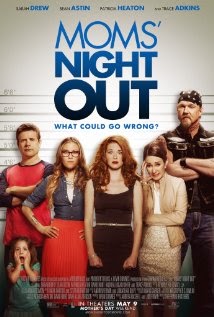 
If you have seen any of these productions and have information or comments, please feel free to leave them below. I’m sure I haven’t included some productions available, as well as single episodes of series that were set in Birmingham. There may be an update posting in the future. And then there’s a potential post on movies and tv shows filmed but not set in Birmingham, and another one on novels and short stories that take place here, and yet another one on the poetry about Birmingham, and…who knows?
A version of this piece appeared on DiscoverBirmingham.org in February 2014.

Posted by AlabamaYesterdays at 9:56 AM