Two of these photographs continue our series from the 1908 publication Views of Birmingham. Among the impressive homes included in the book are a pair from Glen Iris Park.

In 1901 Robert Jemison, Sr., began development of the park, which included 20 two-acre residential lots around a central area of trails and green space. Most of the homes had been built by 1940, although one was built in 1998 in the 37-acre park.

The two homes shown here from the 1908 book were built initially by Jemison and William Harding. Born in Tuscaloosa, Jemison [1853-1926] became a leader in early Birmingham. He served as first president of the city's consolidated railway, light and power firm and as a director of Southern Railway and the First National Bank. Glen Iris Park was the first subdivision in Birmingham to be designed by a professional landscape architect. Jemison also developed the East Lake residential area.

Harding was also an Alabama native. An 1881 UA graduate, Harding achieved first success in Birmingham as president of the First National Bank and of the Alabama Banker's Association. In 1914 he was appointed to the U.S. Federal Reserve Board and served as it's second Chairman from 1916 until 1922. The following year he became president of the Federal Reserve Bank of Boston, where he died in 1930.

In 1984 the area was named a national historic site by the U.S. National Park Service. Recent photos of the Glenn Iris Park historical marker and the Harding and Jemison homes can be found at the Historical Marker Database. 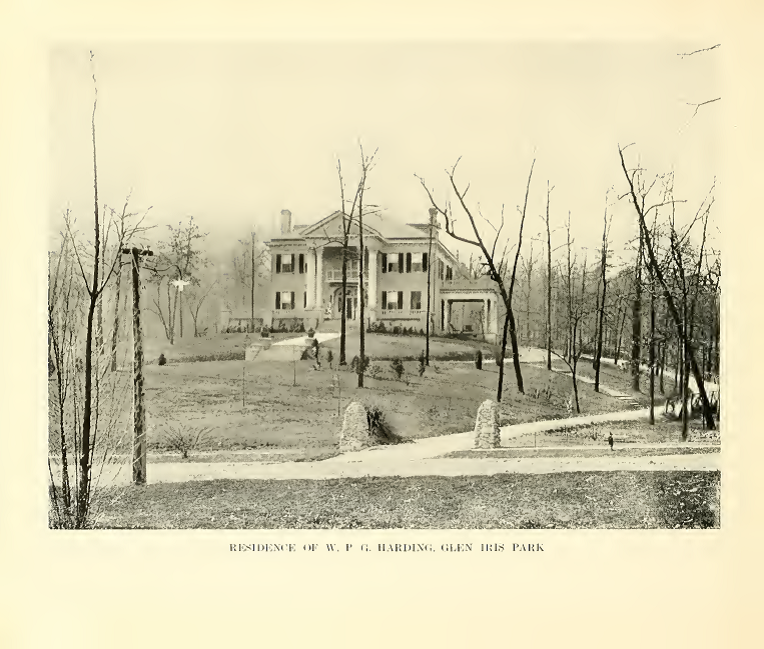 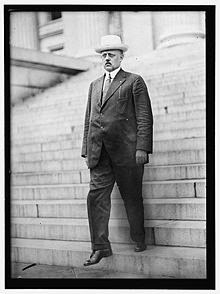 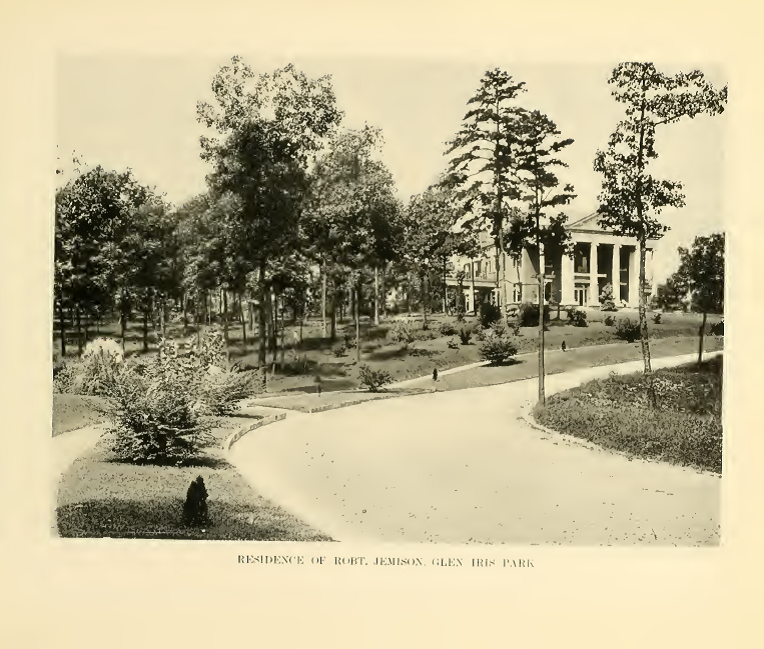 Here's a postcard from 1910 featuring the Jemison House: 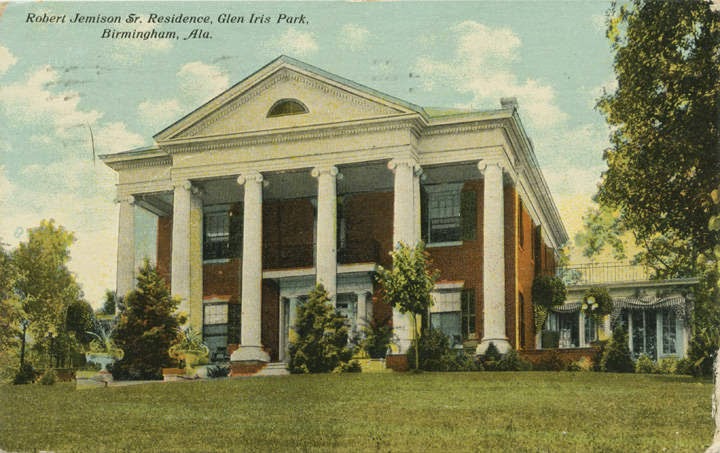 Source: Alabama Department of Archives & History Digital Collections
Posted by AlabamaYesterdays at 5:45 AM