The penal code Alabama adopted after the Civil War allowed the leasing of state and county prisoners to the highest bidder for work outside the prisons. This "convict-lease" system became common in other southern states as well. Alabama did not end the practice until 1928 and was the last state to do so. By the 1880's several thousand leased prisoners worked in mines in the Birmingham area, and provided governments with significant income. Over 90 percent of the prisoners were black.

I found the item below at the USGenWeb site, a genealogical resource full of historical goodies including many related to Alabama. The article appeared in the Nashville American and various other newspapers as noted at the end, apparently in the spring of 1886.

The article is an interview with E.O Crauswell, who trained the bloodhounds that chased escaped convicts from the the Pratt Mines in Jefferson County. The Pratt Coal and Coke Company first mined in the area in February 1879 and the boom that created the "Magic City" began. In 1886 the company was purchased by the Tennessee Coal, Iron and Railroad Company. Information and photographs of the Pratt Mines can be found at the Birmingham Rails site.

Eli Osborn Crauswell was born in 1847 and died in 1909. He is buried in the Fraternal Cemetery in Pratt City.

Another view of the Pratt Mines can be found on the Alabama Department of Archives and History web site. In a long letter convicts Ezekiel Archey and Ambrose Haskins address Reginald Dawson, President of the Alabama Board of Inspectors of Convicts. Written on May 26, 1884, the letter declares at the beginning "We write you looking to get your kind attention in this case. We have bin treated very cruel lately by the Board and we wish to find out what we have done to cause such treatment."

A 1923 pamphlet Let's get rid of Alabama's shame : the convict lease or contract system : facts, figures, possible remedies issued by the Statewide Campaign Committee for the Abolishment of the Convict Contract System can be found in the Birmingham Public Library's Digital Collections. The title page can be seen at the end of this post.


TRAITS OF THE MAN HUNTERS

The Master of the Bloodhound and His Wonderful Convict Catcher

"Wynton, allow me to introduce my friend E. O. Crauswell, who is the keeper of the dogs at Pratt Mines, Ala., and who has the only pack of genuine bloodhounds in the south."

The speaker was L. W. Johns, the mining engineer. Mr. Crauswell advanced and extended his hand to your correspondent.  He was heavily built, six feet eight inches tall, of florid complexion, and wore a wide brim slouch hat. His feet were encased in high-topped boots, in which his pants were stuffed. His coat was worn open in front, showing an immaculate shirt of snowy whiteness, on the bosom of which, half hidden in the ruffles, glistened a large diamond. He had the appearance of a desperado, but he was genial and frank and an interesting talker, with a voice as soft as a woman's, and with, actions as timid as a girl's.

In 1883 he came to this place and began to train bloodhounds.  He brought to the mines five famous dogs that had been owned by his father, among which were Fannie and Bucker, the two famous man-hunters of the south.The dogs are kept in a kennel in the stockade enclosure and are nursed and fed by their master as tenderly as children.  Their food consists of bread and raw beef.

The animals, when three months old, are put through a course of training.  A trusty convict is started off on a run with the dog at his heels, and runs a short distance.  A run of five minutes is taken, and it is increased until the dog can trail well at a start of thirty hours on him. The  dogs are not difficult to train; the only difficulty is to keep them from changing tracks, which is, in dog pariance, to put a dog on the track of a man and his sticking to it without changing even if other tracks cross it.

Fannie will never give her tongue to any other but the first track she took, even if 100 persons were to cross it. She will follow the track to its end, and, if she does not find the man, she will stop and return home.

When a convict escapes, a general alarm is sounded, and the dogs are ready. They are taken to the place where the escaped convict was last seen.  Crauswell mounts his fast horse, and the dogs are let loose. Each dog circles for a track and begins to hunt.  Every one goes to work for the trail, like as many human detectives.  When the trail is found the dog who discovers it makes a signal and every other animal follows.  Fannie and Bucker always take the lead from any other dog. Crauswell and horse follow at full speed, and the longer the chase the more interesting it grows.

The longest trail this man and his man-hunters ever had was in March, 1884, when a negro escaped from the shaft prison.  He had gone forty miles and had been away about twenty-eight hours. The dogs had trouble to catch his scent after such a time.  The negro took an astonishing run and went about ten miles through water.  He was found at last on top of an old house on the mountain near Warrior river.  He was half starved when captured.

Crauswell was asked to speak of some of the characteristics of his dogs. "I am convinced," said he, "beyond the shadow of a doubt, that the bloodhound has more than mere instinct.  I believe that they think and reason like human beings.  I know that Fannie and Bucker do.  The dogs are docile in camps and very vicious on the trail.  Their sense follows the movements of men. There is no trouble to get them to take the track when they find it.

"After a convict is captured the dogs return satisfied, and as happy as if
they had caught a rabbit.  When they return to the prison they become perfectly docile; when called out again they grow very excited. The affection of the dogs for me is more like that of a child to its father than anything else I can describe.  I feed them myself and they have great confidence in me.  I have five fine puppies, 4 months old, that have fur on them like sheep, which are now ready to track a man to the depths of hell, if he could travel there, and as for hiding a trail, it is an impossibility.  I am raising them for sale, and I guarantee them to find a trail thirty-six hours old.."  Nashville America.

[I'm not sure why two years are given above; perhaps the 1888 year should be 1886. The same article appearing in multiple newspapers was common practice at the time, but usually within a period of a few weeks. This item did appear for certain in the Orangeburg, South Carolna, Times and Democrat on April 15, 1886.]

File contributed for use in USGenWeb Archives by: 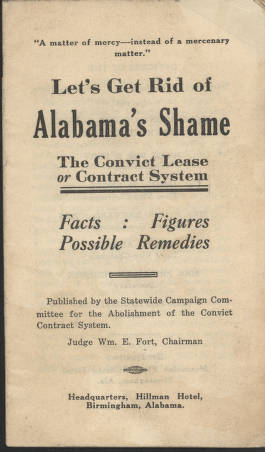 Posted by AlabamaYesterdays at 7:44 AM