One of the football greats at the University of Alabama before World War II was Don Hutson. Born in Pine Bluff, Arkansas, in 1913, Hutson graduated from Alabama in 1934. Six different organizations named him first-team All-American after his senior year playing receiver, safety and kicker on the football team.

Hutson signed with the Green Bay Packers in 1935 and played eleven seasons of pro football. By the time he retired he held eighteen National Football League records and had created many of the routes used by receivers today. He is considered one of the greatest receivers in NFL history and was inducted into the Pro Football Hall of Fame in 1963.

Hutson is featured on four pages of the second issue of Football Thrills, a comic book that appeared in 1952. You can read those pages below. The entire comic can be found at the Comic Book Plus site if you also want a larger size and to read the stories about Bronco Nagurski or Casual Kazmaier.

This comic book was supposedly edited by "Red" Grange, another football great known as the "Galloping Ghost." Grange played running back at the University of Illinois and for the Chicago Bears. He was a charter member of both the College and Pro football halls of fame. Be sure and read Grange's opening comments on Hutson.

Whatever happened to such great nicknames for football players? 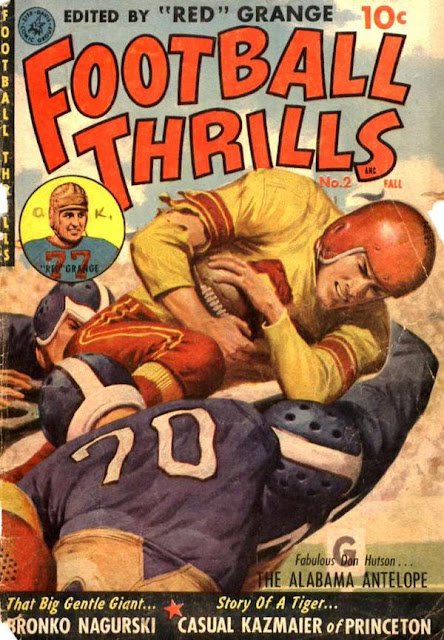 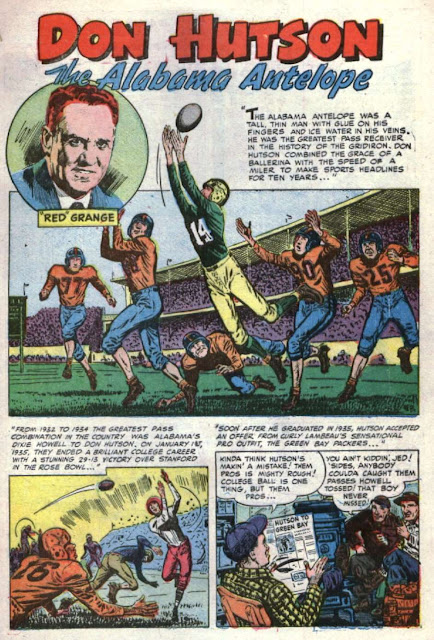 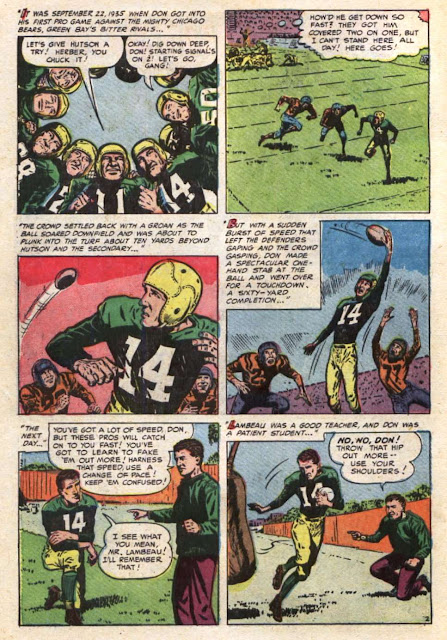 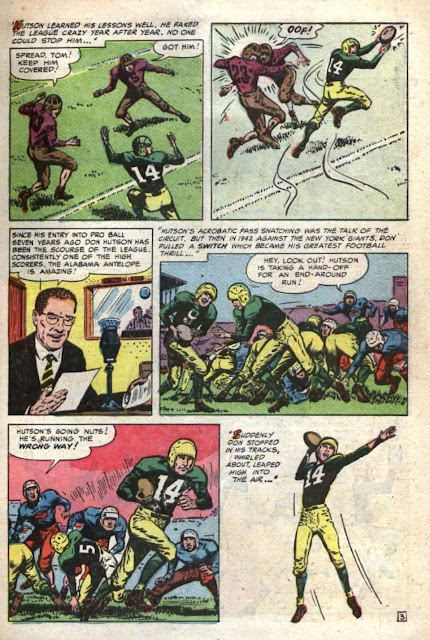 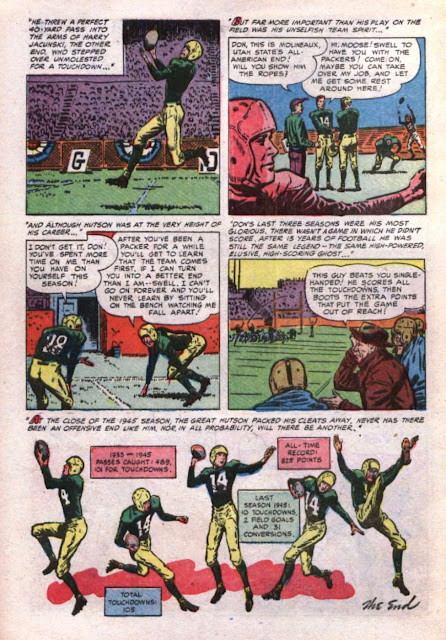 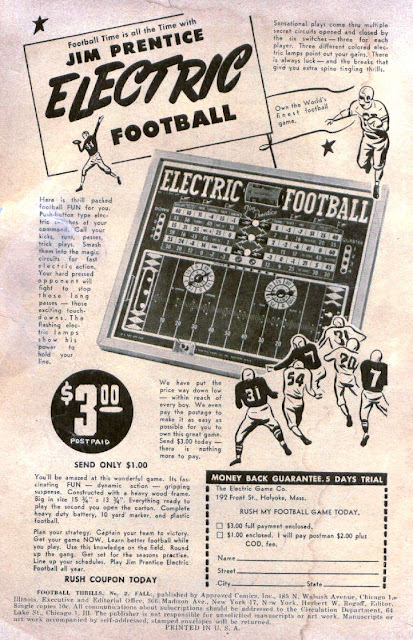 ﻿
Posted by AlabamaYesterdays at 7:36 AM