I saw this Hitchcock film again recently, and thought I would include it in this series of blog posts. The presence of two Alabama natives who became well-known actresses for several decades seemed connection enough. I enjoyed the film as much this time as I have previous viewings.

Despite her fame as both an actress and a personality over many decades, Huntsville native Tallulah Bankhead made few movies. She had a spectacular career on stage both in New York City and London. She expanded her reach on radio and late in her career on television. Although she made films as early as 1918 and as late as 1966, her best known one is the 1944 Lifeboat.

That film has several notable features. The entire setting is the titular lifeboat in the North Atlantic during World War II. The boat's passengers are mostly survivors of a merchant marine ship with civilians aboard that sank in a naval battle. They are soon joined by a seaman from the German U-boat that also sank. The film is a fascinating juxtaposition of efforts at survival and passionate moral debate.

Tallulah plays a well known journalist and manages to look spectacular throughout most of her time at sea. In addition to Bankhead, the cast includes John Hodiak, Walter Slezak, William Bendix and Hume Cronyn--four actors who had significant careers in Hollywood and beyond. Novelist John Steinbeck wrote the film's story. Hitchcock makes his usual cameo in a very funny way that I won't spoil for those who haven't seen the movie.

Birmingham native Mary Anderson plays the other female in the boat. She grew up in the city and attended Howard College before embarking on her acting career. Born in 1918, she died in April 2014 age 96. In addition to Lifeboat, she appeared in Gone with the Wind and numerous other films and television roles. Her brother James was also an actor; he appeared in To Kill a Mockingbird.

I plan to do a more extensive post on Mary Anderson in the series on Alabama film actresses before 1960. 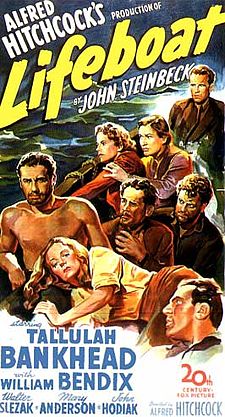 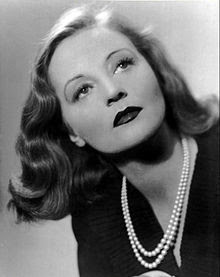 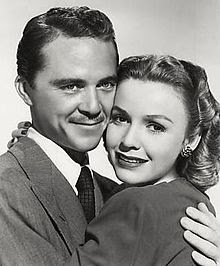 Anderson with actor Charles Russell in Behind Green Lights (1946)

Posted by AlabamaYesterdays at 1:37 PM