I recently finished a fascinating book by William J. Mann, Tinseltown: Murder, Morphine, and Madness at the Dawn of Hollywood. Mann examines the 1922 murder of famed silent film director William Desmond Taylor and three actresses whose lives and careers intersected with his own: Mable Normand, Mary Miles Minter and Margaret Gibson.

Early in the book, in a discussion of pressures building to reform the film industry, I found it on page 68--the Alabama connection:

"On the various affiliated Committees for Better Films scattered throughout the country, such women as ...Mrs. Neil Wallace of Birmingham, Alabama..." As Mann notes, "These reform-minded women seemed to be everywhere." Those committees were affiliated with the National Board of Review, an organization "charged by the industry to ensure that all films released were suitable for the screen."

The film industry hoped that by policing itself, regulation by federal and state governments would not develop. This battle between film makers and reformers continued until the early 1930's when Hollywood adopted the Hays Code of even stricter self-regulation. That Motion Picture Production Code, as it was formally known, governed film content until 1968.

Wondering about further details on Mrs. Neil Wallace, I remembered having a copy of Kristen Nicole Kitchen's, "Film Censorship in Birmingham, Alabama, 1921-1937: The Marginally Successful Reign of the Birmingham Better Films Committee." She completed this master's thesis at the University of South Alabama in 2000.

Early in her account, Kitchen writes, "Birmingham, Alabama, addressed the issue of motion picture regulation in 1921 by passing a city ordinance establishing the Office of Amusement Inspector (City Commission Minutes 191, City Ordinance 743-C). The Amusement Inspector was responsible for regulating all forms of public amusements and had complete control over which movies were shown within the Birmingham City limits (Appendix C). The Amusement Inspector was often called by concerned citizens, requesting that she view
certain films and consider banning them from public viewing. Using criteria outlined in the Birmingham City Code (Appendix C), the Amusement Inspector could force theater managers to cease exhibition of any film she deemed 'unsuitable.' Reasons for film closures ranged from onscreen nudity to inappropriate subject matter, such as birth control or unfaithful wives.

"Shortly after Birmingham's first Amusement Inspector was installed in office in 1921, it became clear that there were simply too many movies for one person to view. Needing immediate assistance, the Amusement Inspector formed the Birmingham Better Films Committee, an informal control group designed to provide her with movie reviews and recommendations." [page 2]

As Mann discusses, this pattern developed in many cities across the country, bringing pressure from many different community groups on the film industry. As Kitchen notes, by 1930 around 100 were attempting to regulate film content. Mrs. Wallace served as Birmingham's Amusement Inspector in 1930. Film censorship ordinances remained on the books in the city until 1961.

I suspect that this Mrs. Wallace was the Neil Robinson Wallace listed in the 1940 U.S. Census as living on 14th Avenue South, aged about 70. She was also listed in the 1910 census as a widow, although her name given there is Neal R. Wallace. Her obituary appeared in the Birmingham News, page 6, on February 8, 1960. You can read more about her here and here. Her birth name was Cornelius Robinson; she was named after her father and called "Neil." She had married John Henderson Wallace in September 1887. One day I'll have to dig out that obituary and confirm the connection.

A specific example of "Banned in Birmingham" is mentioned in Stephen Vaughn's article "Morality and Entertainment: The Origins of the Motion Picture Production Code" published in Journal of American History 77(1): 39-65, June 1990. On page 40 Vaughn notes, "In 1929 Birmingham, Alabama, banned The Road to Ruin (1928), which dealt with female drinking, abortion, and incest." The BBFC was not doubt involved. Further research in local newspapers should uncover some details of such events.

I have examined silent films made in the Birmingham area in a series of blog posts beginning here. 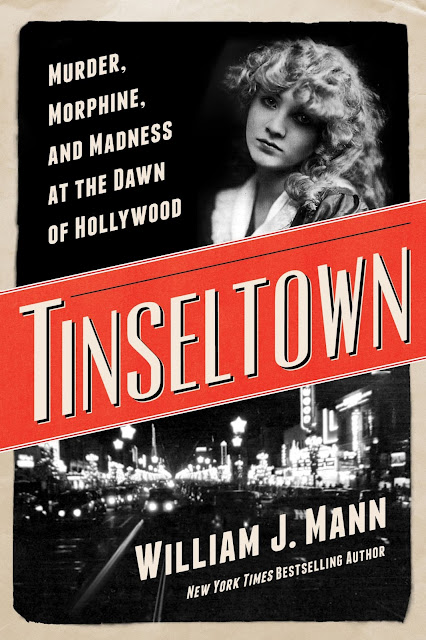 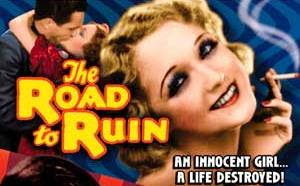 Posted by AlabamaYesterdays at 5:58 AM