Recently during one of my periodic paper reduction efforts, I found the February 12, 1978 issue of the Auburn Bulletin from which the last three items below were scanned. Before I talk about those, let me put them into context.

For many years the Drake-Samford House stood at 449 North Gay Street on the corner with East Drake Avenue in Auburn. The magnificent home was built in the 1850's. By 1857 John Drake, Sr., lived there. His son, John Drake, Jr., became a physician and served the college for many years.

In October 1865 Caroline Drake and lawyer and future governor William J. Samford were married in the house. Auburn University's iconic Samford Hall is named after him.

The first two black and white photographs below of the house were taken by W.N. Manning on April 2 and 3, 1934. Manning was a professional photographer in Auburn then working for the Historic American Building Survey program. The second one shows the wonderful mahogany staircase.

Now, as to the scanned items. They show before and after photos as the house was torn down in February 1978. A developer who owned the property intended to put an apartment complex there, but never did. The site is now a grassy lot.

Some details here were taken from the 2012 book Lost Auburn by Ralph Draughon, Jr., et al. 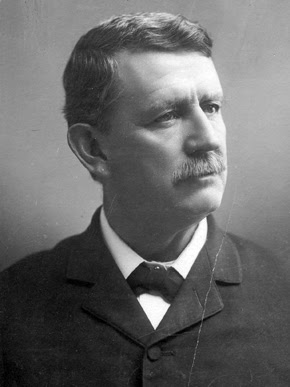 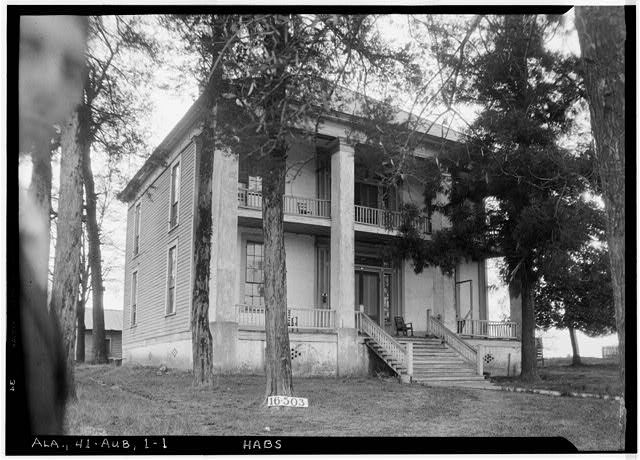 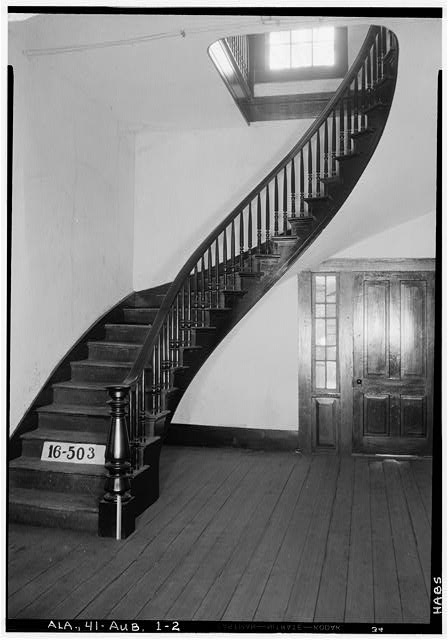 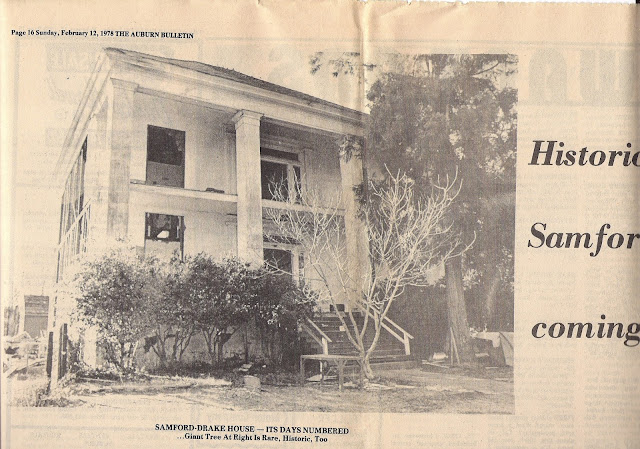 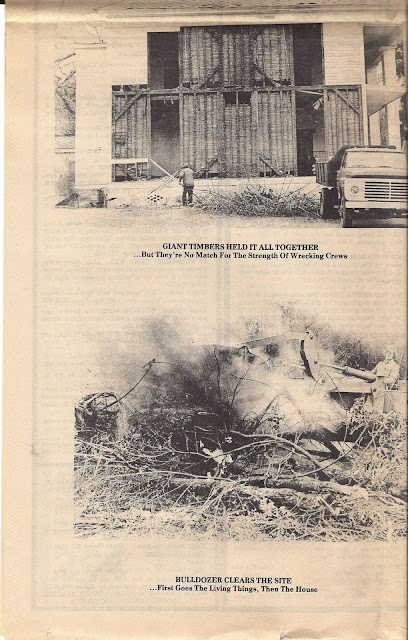 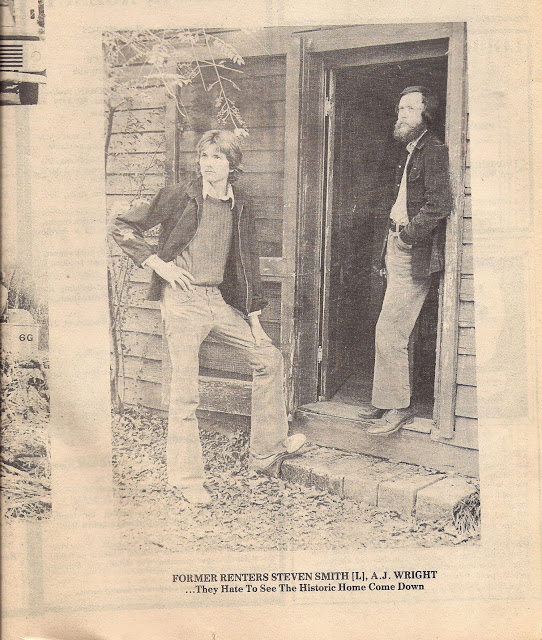 This caption implies that Steve & I formerly rented the house itself. No, not quite. We rented the two-rooms-and-a-bathroom shack behind the mansion; we are standing at the door. That place was the site of the Great Toilet Explosion while we lived there, but that's another story 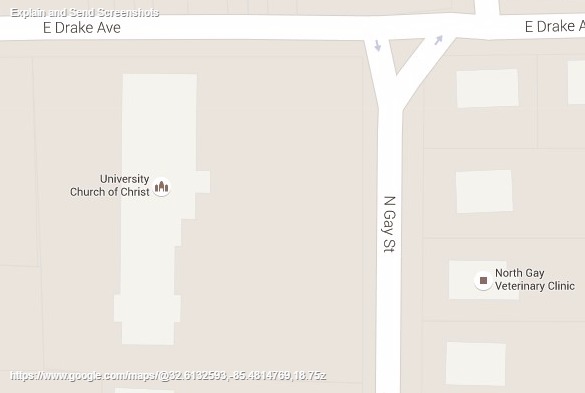