The original structure of Bryce Hospital in Tuscaloosa is currently undergoing an extensive restoration; you can read about it here. The wonderful Alabama Mosaic site has a number of old photographs taken both inside and outside Bryce over the years. I've posted some here with comments below each one. There are many more, so I'll revisit this topic at some point.

These photographs are eerie in their appearance of "normalcy". The Alabama Insane Hospital, as the facility was originally known, had a long history of innovation in treating the mentally ill well into the 20th century. As the decades passed, Bryce developed the same problems as similar facilities--too many patients and too little staff and funding. In 1972 Bryce became the subject of a landmark lawsuit that changed mental health care in large institutions nationwide.

In August 2014 I posted an item with a few photographs about a quick trip to Bryce. You can read more about Bryce Hospital here and its namesake Peter Bryce, the first superintendent, here.

In 1881 Joseph Camp spent five months as a patient at Bryce; his account has been published as An Insight into an Insane Asylum. In 1992 The Letters of a Victorian Madwoman, edited by John S. Hughes, was published and documented the thirty years a female patient spent at Bryce from 1890 until 1920. 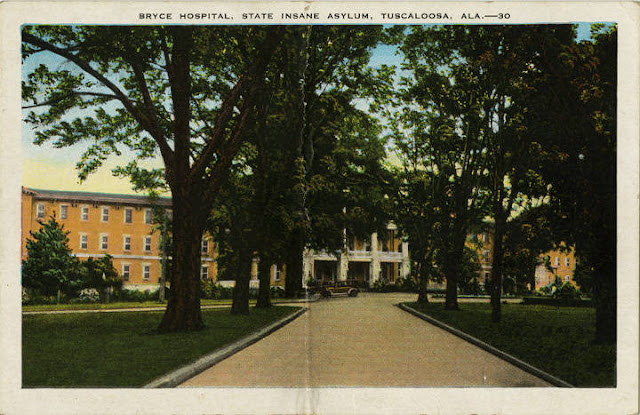 This postcard of the drive up to the front entrance dates before 1940. 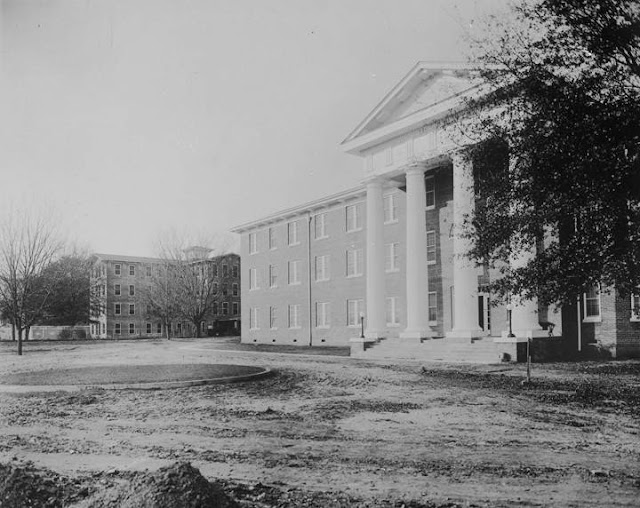 This pre-1950 photograph shows the main entrance from a different angle and another building in the background. 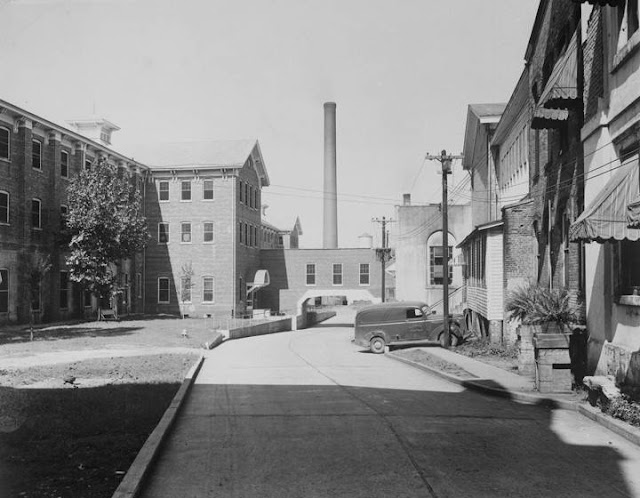 A more prosaic view of some Bryce buildings, probably in the 1940's 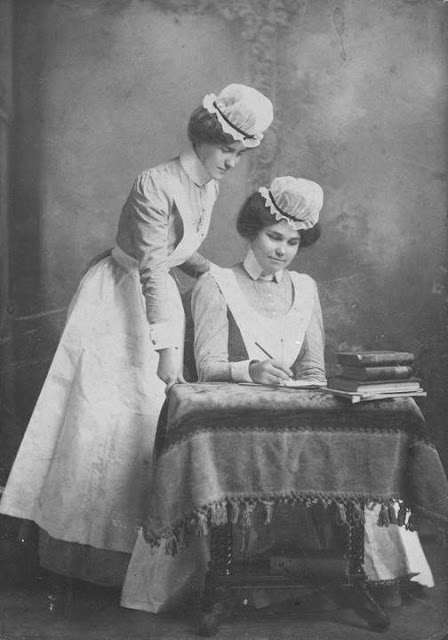 Two nurses around World War I 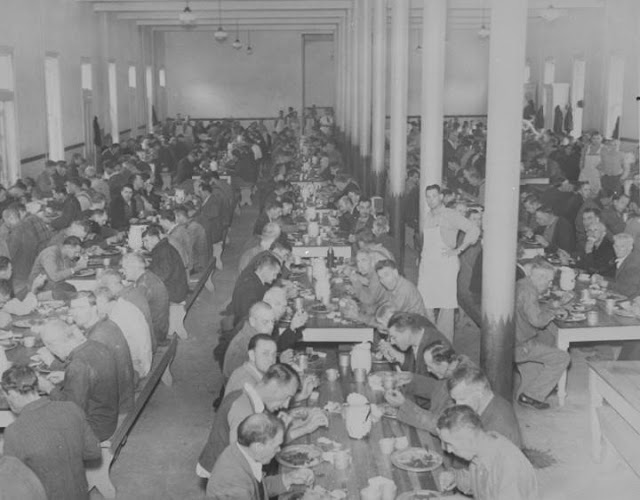 Male patients in the dining room in the 1940's 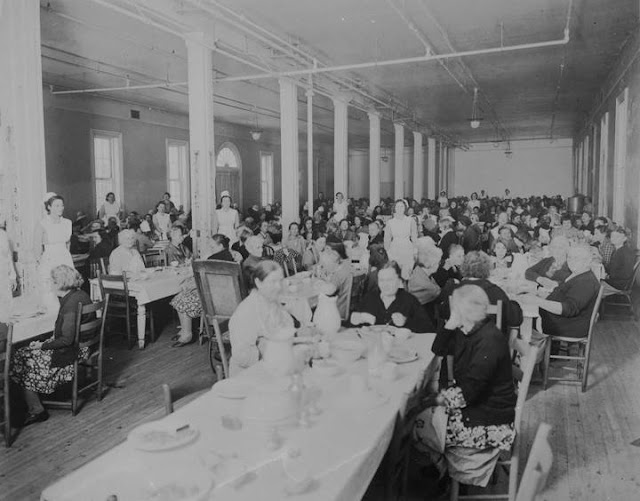 Female patients in the dining room in the 1940's 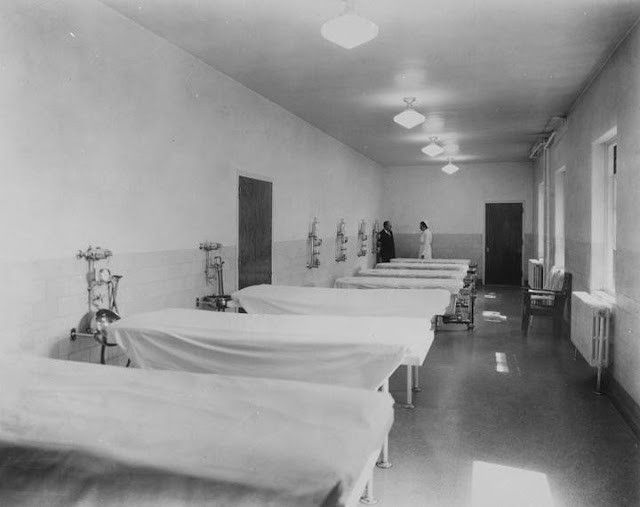 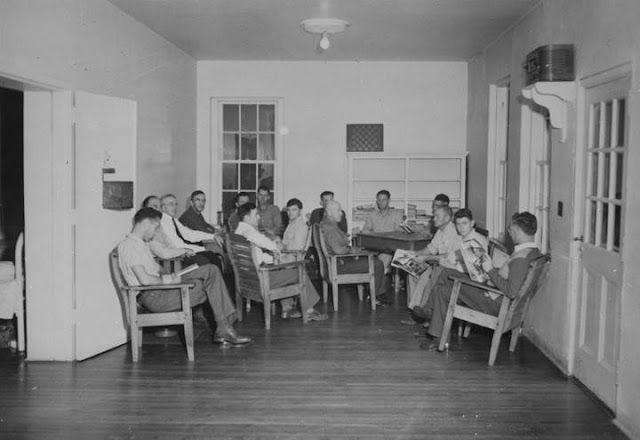 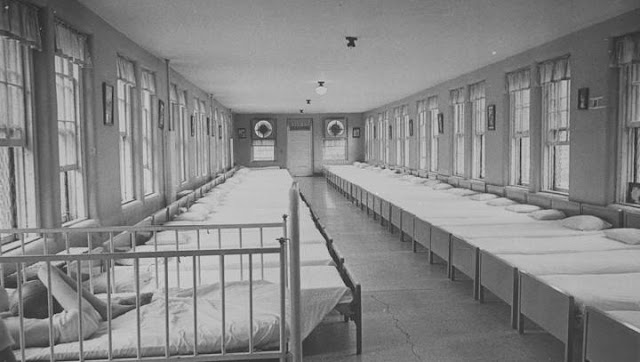 Children's dormitory ca. 1950. There seems to be a patient in the crib at the lower left. 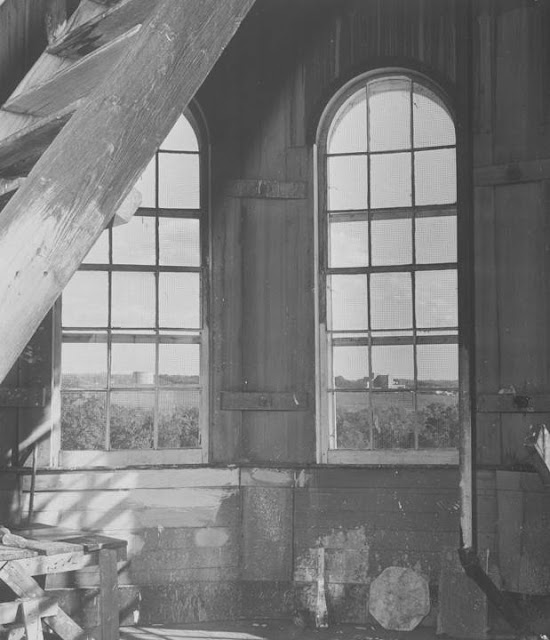 Inside the cupola of the main building 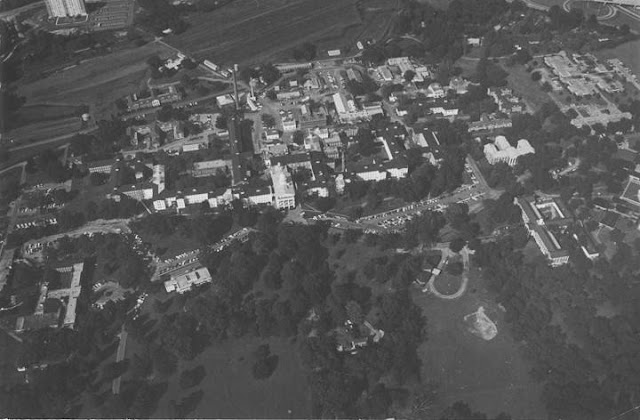 An aerial view of the hospital campus some time before 1980 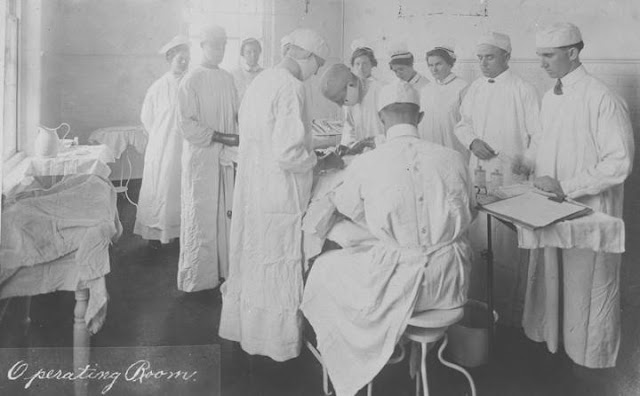 An operation in progress around 1916 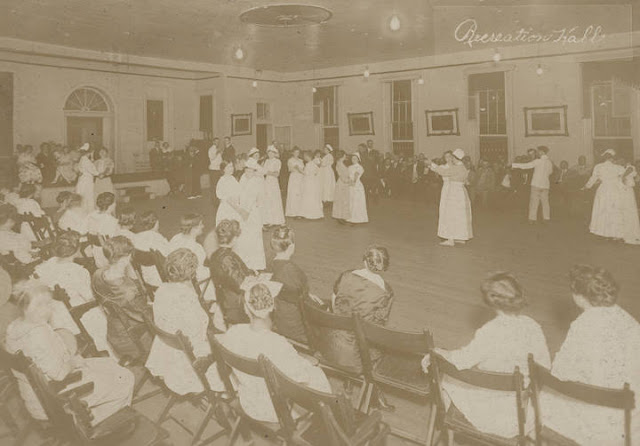 The "Recreation Hall" around 1916. Note female patients seated on one side, males on the other. Female patients are dancing with female nurses and male patients with male attendants. 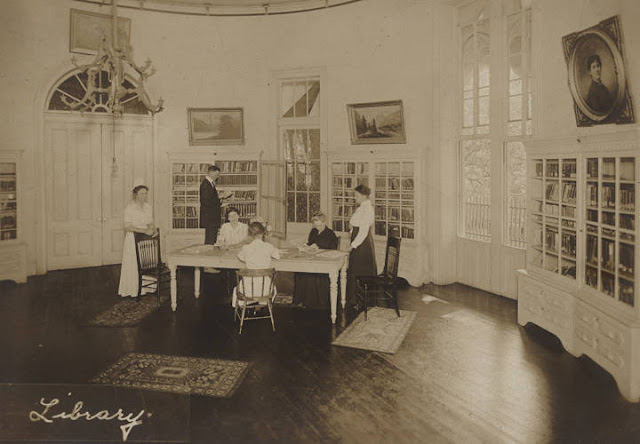 The library, presumably for staff, around 1916 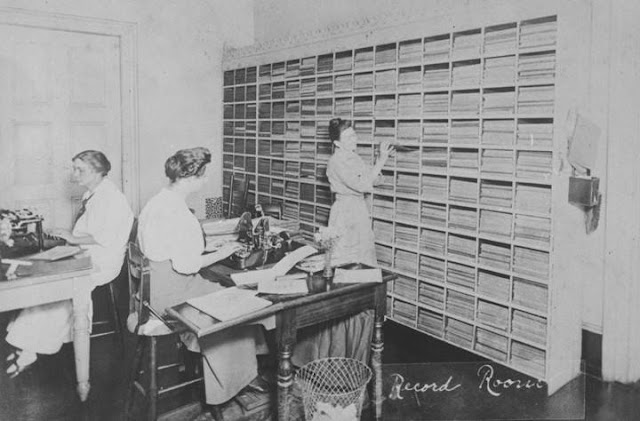 The records room around 1916. I wonder if any of these have survived.

Posted by AlabamaYesterdays at 9:00 AM