Recently I began looking for some photos to use in one of my history of holidays in Alabama blog posts on New Year's Eve and Day. As often happens in doing research, one gets sucked down another rabbit hole but finds fascinating stuff anyway.

All of these photos were found on the Alabama Mosaic site. They are part of more than 2200 at the Alabama Department of Archives and History taken at the Laicos Club by Southern Courier photographer Jim Peppler. Published in Montgomery, the Courier covered civil rights in the South from 1965 until 1968. All 177 issues can be found here.  The photos used here are form a subset of 49 identified as taken at a New Year's celebration.

The Laicos Club was registered as an Alabama non-profit domestic corporation in Montgomery in October 1962. I have found nothing more about it. As noted below, photos and a brief article about the band appeared in the Southern Courier issue for January 27-28, 1968.

More information about the band and others is given below some of the photos. Material in quotes comes from the notes on individual photographs on the ADAH web site. 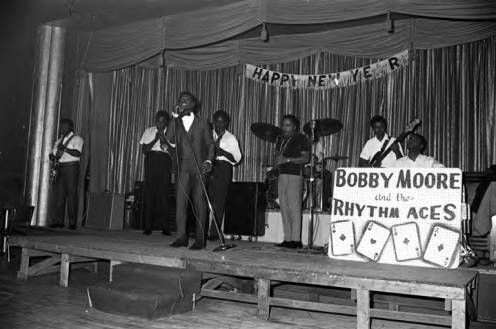 "Bobby Moore and the Rhythm Aces performing on stage at the Laicos Club...Chico Jenkins is playing the guitar on the left, Marion Sledge is singing at the microphone, and Bobby Moore is playing the saxophone in front of the drum set."

The ADAH page is here. 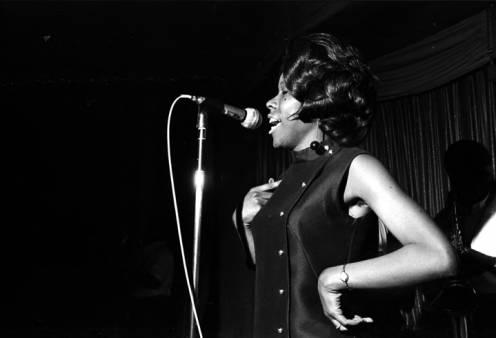 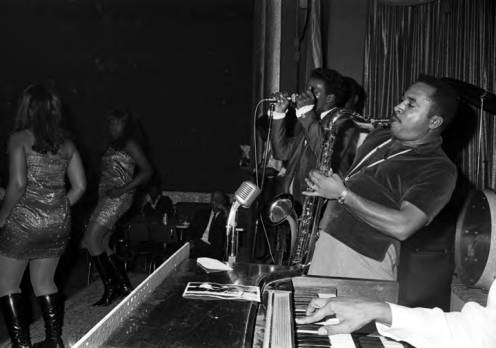 Some of the band members are seen playing behind two dancers. Leader of the group Bobby Moore is playing the saxophone. 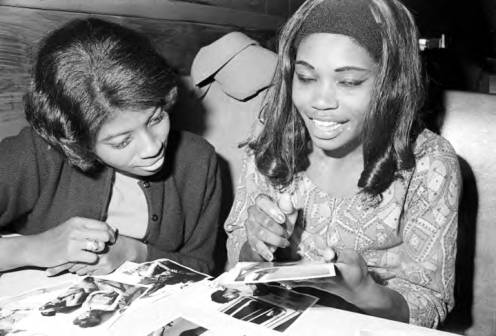 Barbara Howard Flowers on the left and another woman are looking at photographs during the Laicos Club celebration. Flowers was a staff member at the Southern Courier; the other woman was a backup dancer for the band. The photographs they are looking at were taken at a show in Selma at the National Guard Armory on Dallas Avenue. 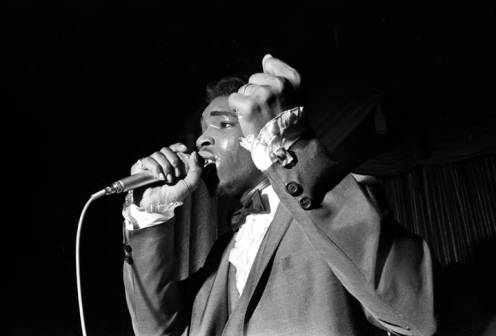 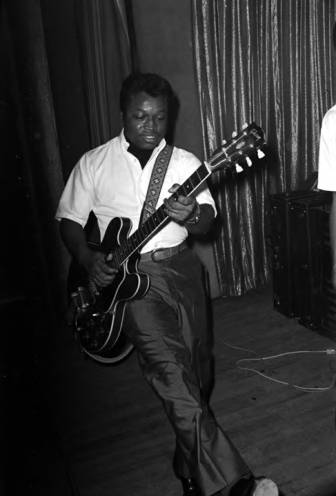 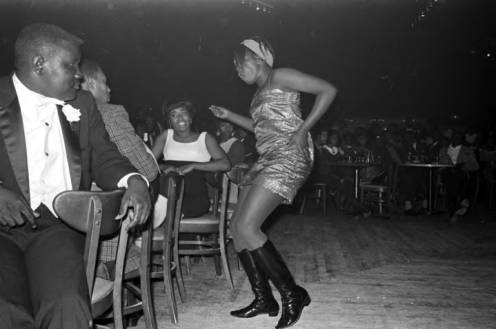 A dancer performs during the show. The stage and band are behind her, but not visible in this photo. 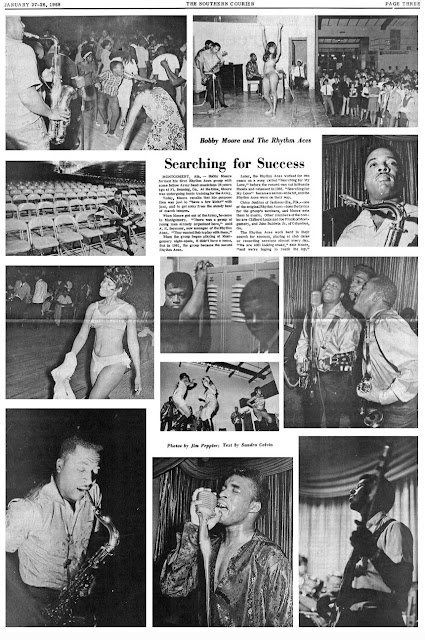 Here's the Southern Courier story; a larger version of the text is below. 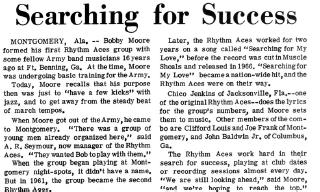 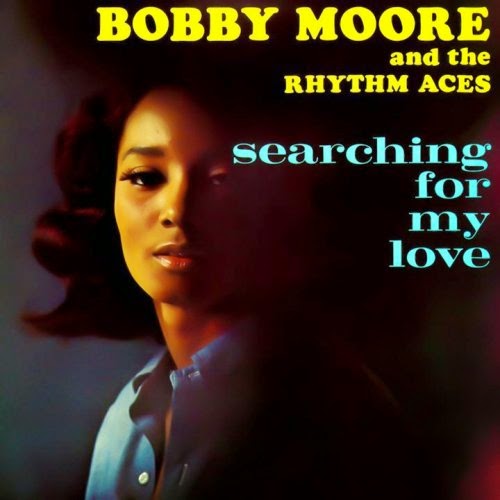 Born in New Orleans, tenor saxophonist Bobby Moore started the first version of his group while stationed in the U.S. Army at Fort Benning, Georgia, in the early 1950's. After leaving the military, he moved to Montgomery in 1961 and put together the band seen in these photographs. They played local concerts and often provided backup for such national artists as Sam Cooke and Ray Charles when they came to town.

In late 1965 they recorded Moore's song "Searching for My Love" at FAME studios in Muscle Shoals. The song became a hit and million seller in 1966 after Checker Records in Chicago signed the group. Checker released less-successful singles through 1969, then dropped the group.

Bobby Moore and the Rhythm Aces continued to play in Alabama with various personnel until Moore's death in February 2006. The group has continued under the leadership of son Larry Moore. 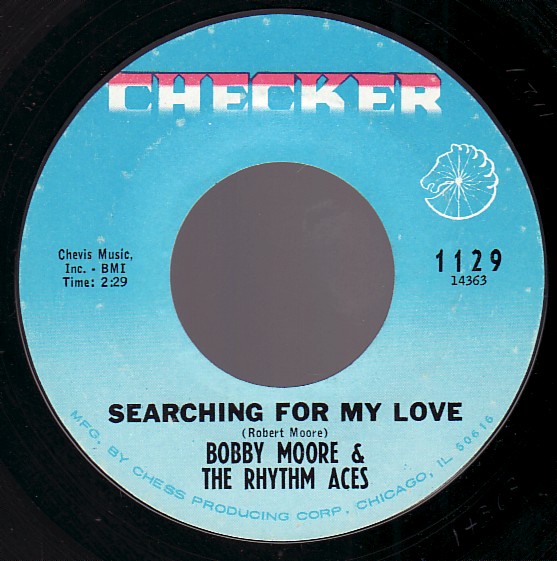 Posted by AlabamaYesterdays at 6:32 AM