In a recent blog post, I discussed a 1925 recording by Fred Hamm & His Orchestra of the "shimmy fox trot", "Flag that Train (to Alabam')". ] Here I discuss a more traditional fox trot published in 1915, the instrumental "Alabama Slide".

Charles L. Johnson was a song composer born in Kansas City, Kansas; he died in Kansas City, Missouri. He spent his life in those two cities. Johnson wrote some 300 pieces, including 40 rags, but also waltzes, tangos, cakewalks, marches and novelty songs. In other words, he worked in many of the popular music genres of his time.

You can find out much more about his life and work here. He was so prolific that he published some of his songs under pseudonyms. Johnson wrote music until his death at 74. Four of his ragtime pieces sold over one million copies during his lifetime.

Songs featuring Sunny South and Dixie themes and places were also popular during his early career. I suspect that's the only reason "Alabama" appears in the title of this piece; I doubt Johnson ever came south.

You can watch a 2010 video of John Remmers playing "Alabama Slide" here. 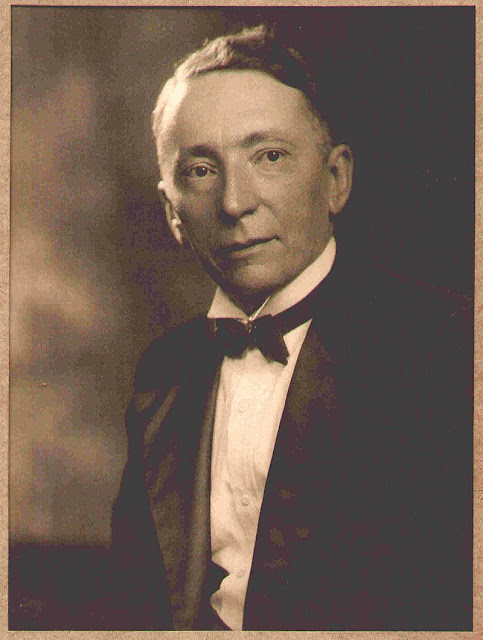 Johnson's "Crazy Bone Rag" was not published until 1918.  This cover of "Alabama Slide", originally published in 1915, must be a later edition.

Fred John Adam Forster (1878–1956) entered the music business in Chicago in 1903 as a jobber, and later moved into publishing. He published several songs by Johnson.

A puzzle about this cover is the handwritten notation "Iva Reading Empire Theatre" in the upper right. Did one of the sheet music's owners see Iva Reading play this tune at an Empire Theatre somewhere? 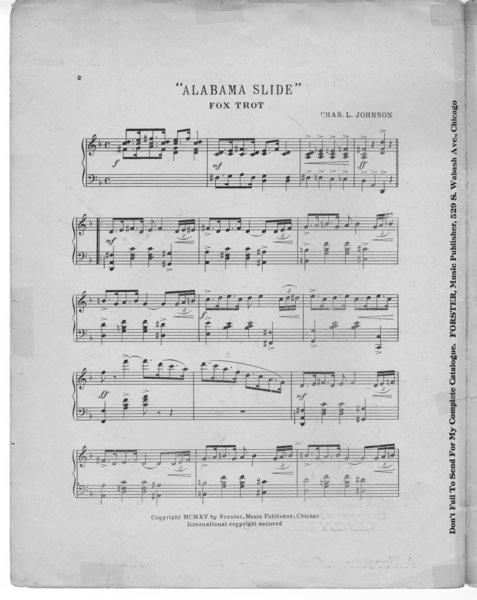 The entire sheet music can be found at the Indian University Sheet Music Collections.

Posted by AlabamaYesterdays at 8:17 AM