Banks have come and gone frequently in recent years, or at least changed owners and names. My mother came across this calculator at her home in Huntsville, so I thought I would investigate the history of this once prominent bank in Alabama and the Southeast. The calculator will be going into my brother Richard's collection of memorabilia associated with merged or defunct banks in the state.

South Trust Bank began life as the Birmingham Trust and Savings Company in December 1887. The bank's first building opened in 1902 and can be seen in the postcard below. A national charter was obtained in 1946, and the bank became the Birmingham Trust National Bank or BTNB. Branches began to appear in the late 1940's and 1950's. As the BhamWiki entry notes, "BTNB was the first financial institution in the nation to introduce what was termed at the time an 'automated central information system' in 1971."

After some regional acquisitions, the bank's holding company became South Trust Company in 1981. The bank and its branches were renamed South Trust Bank in 1982. The company began aggressive acquisitions in Florida, Georgia, Tennessee, the Carolinas and Texas. By 1990 South Trust was the largest bank in Alabama.

In 2004 the bank reached 712 branches and $53 billion in assets. Naturally bigger fish came calling, and the company was acquired by Wachovia on November 1 of that year. By October 2005 the South Trust name was gone from Birmingham and elsewhere in Alabama. In 2013 the name and trademarks were acquired by a Texas bank. 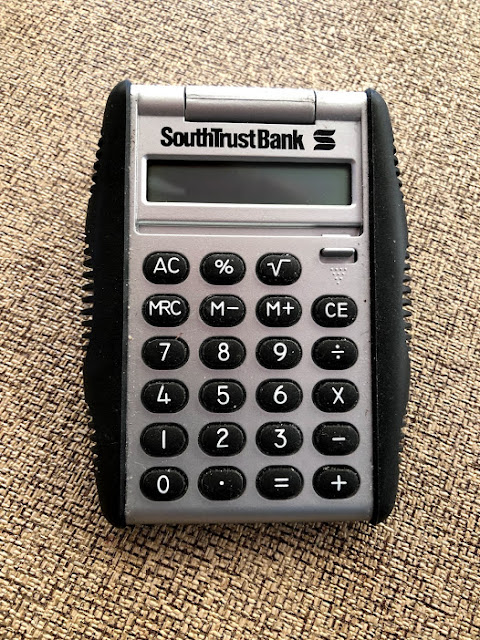 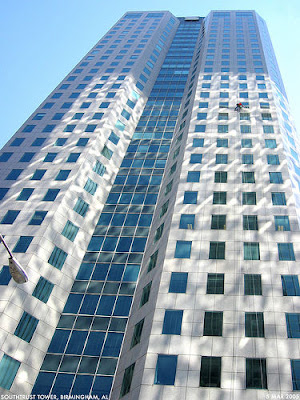 South Trust Tower in downtown Birmingham in 2005. The building became known as the Wachovia Tower after they acquired South Trust and is now the Wells Fargo Tower. 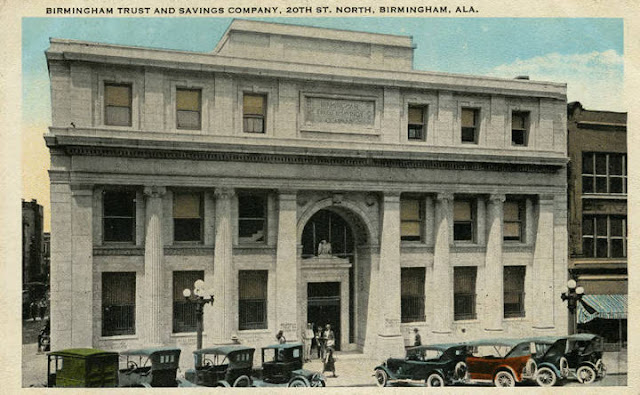 Birmingham Trust's first building opened in 1902 and was replaced in 1922.

Posted by AlabamaYesterdays at 7:23 AM