Two of the most iconic actresses of the 20th century are Lucille Ball and Alabama native Tallulah Bankhead.

Ball's career began in modeling in 1929, followed by a few years as chorus girl in various Broadway productions. She moved to Hollywood and made her first film appearance in 1933. During the 1930's and 1940's she had small or supporting roles in a number of movies, including one with the Marx Brothers and another with Ginger Rogers and Fred Astaire and even a Three Stooges short. She also does a sexy turn as the private detective's secretary in the 1946 film noir The Dark Corner.

In 1940 she married Cuban band leader Dezi Arnaz. By the early 1950's the two had a successful touring act with Lucy playing a housewife desperate to get into Arnaz's stage show. CBS-TV, which had already rejected a pilot from the couple, decided maybe such a program could succeed after all. I Love Lucy premiered on October 15, 1951, and the rest is history. The show became one of the most popular and influential comedies in the history of television. This show and its successors, The Lucy-Desi Comedy Hour, The Lucy Show, and Here's Lucy, kept its star on television almost continuously until 1974.

Tallulah Bankhead's career had a different trajectory. She was born in Huntsville on January 31, 1902, into a prominent political family. Her father, grandfather and uncle all served as U.S. Congressmen from Alabama; her aunt Marie would succeed her husband Thomas Owen as head of the state archives. She grew up mostly in Jasper or Montgomery with relatives and when older in New York. She and sister Eugenia were in and out of public, private and boarding schools in Alabama, New York and other places.

When she was fifteen Tallulah entered a movie magazine contest hoping to win a screen test. She won, and her father reluctantly allowed her to go to New York in the company of one of her aunts. Over the next several years she played small roles in several silent films and Broadway plays.

By 1923 she was on her own in London, and the celebrity Tallulah began to take shape. Over the next eight years she worked in a dozen plays, mostly poorly received except the 1926 London version of Sidney Howard's Pulitzer-winning They Knew What They Wanted. Yet she became one of the few people in England recognized by first name only. She was a society darling with her beauty, wit, affairs and daring outfits. One incident in particular attracted much notice. She attended a boxing match in Germany featuring fellow Alabama native Joe Louis and German Max Schmeling. Tallulah spiced up the match by shouting obscenities at the Nazis present.

In 1931 she left the depressed theater industry in London and moved to Hollywood with a contract from Paramount Pictures. Although her costars in six films included Charles Laughton, Gary Cooper and Cary Grant, none of the movies clicked with the public. For five years in the 1930's she also appeared on Broadway, again in less than stellar productions. She tested for the part of Scarlett O'Hara in Gone with the Wind, but despite interest from David O. Selznick she was ultimately deemed too old--at 34. In 1937 she married fellow actor John Emery at her grandmother's home in Jasper--but they divorced with no children in 1941.

In 1939 Tallulah's career on Broadway took a successful turn. She played Regina, the lead role in The Little Foxes, written by Lillian Hellman and based on her mother's upscale family in Demopolis. In 1942 she starred in a successful production of Thornton Wilder's The Skin of Our Teeth. Both performances won her New York Drama Critics Awards, and she toured the country in each after their Broadway runs ended. Life magazine put the actress on the cover as Regina for its March 6, 1939 issue. In 1948 her appearance in a revival of Noel Coward's Private Lives put her on the cover of Time. She also had a major role in Alfred Hitchcock's 1944 film Lifeboat; one of her co-stars was fellow Alabamian Mary Anderson.

By 1950 film and Broadway roles were becoming scarce for Tallulah as she reached age 48. She simply began another career in radio. From 1950 until 1952 she hosted the variety program The Big Show on Sunday nights. Her enthusiasm and wit, combined with guests ranging from Groucho Marx and Judy Garland to Louis Armstrong and Margaret Truman made the program a big success. Despite that, advertisers were moving to television, and when the show ended Tallulah found herself a frequent guest on variety shows there. She also wrote her autobiography, which promptly sold ten million copies.

Before her death in 1968, Tallulah had a few more stage and film roles and even played the Black Widow in a 1967 episode of Batman. She also made two appearances on different Lucille Ball shows, one in the flesh and one in spirit. Explanations are below the photos. 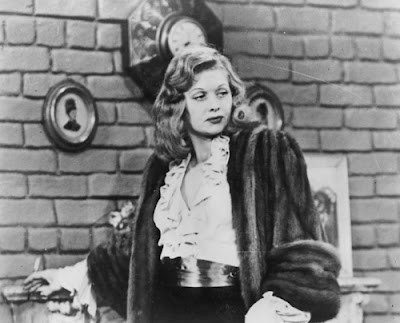 "Lucy Fakes Illness" broadcast on December 18, 1951, is the 16th episode of I Love Lucy's first season. Lucy claims if Ricky doesn't hire her for his nightclub act, she'll have a nervous breakdown. One of her "symptoms" is the delusion she is Tallulah Bankhead. Lucy has the look down, doesn't she? At the time of this broadcast Tallulah was in the midst of her popular radio show. 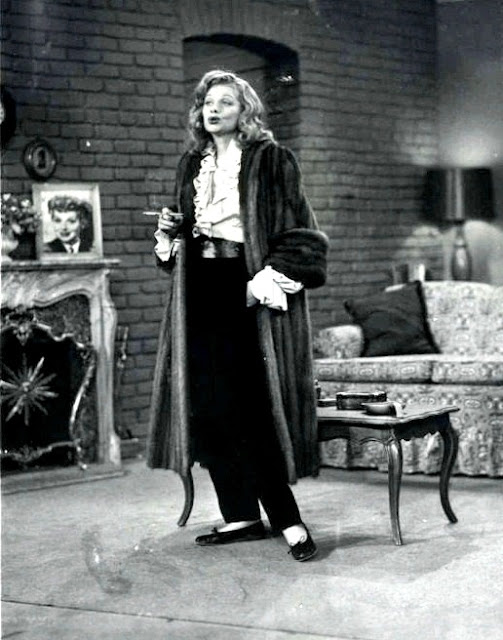 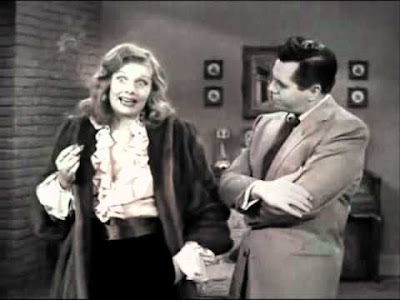 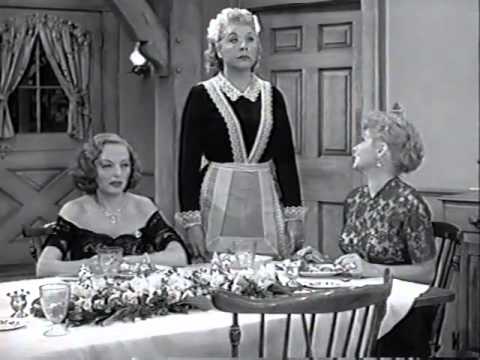 Miss Bankhead herself appeared on the Lucy-Desi Comedy Hour in "The Celebrity Next Door," a 60-minute episode broadcast on December 3, 1957.

Lucy learns that her new neighbor is Tallulah Bankhead, so she tries to impress her with a dinner party at which Fred and Ethel pose as the help. Of course, a feud erupts between Lucy and Tallulah, but by the time the episode ends Lucy has everyone participating in a PTA show at Little Ricky's school.

Bette Davis was originally slated to star as the next door celebrity, but a horseback riding accident prevented her appearance. Bankhead was second choice. The reversal seems appropriate, since Davis played Bankhead's Broadway role in the film version of The Little Foxes.

The episode is full of spicy exchanges with Lucy and responses from Tallulah; you can read a few here. 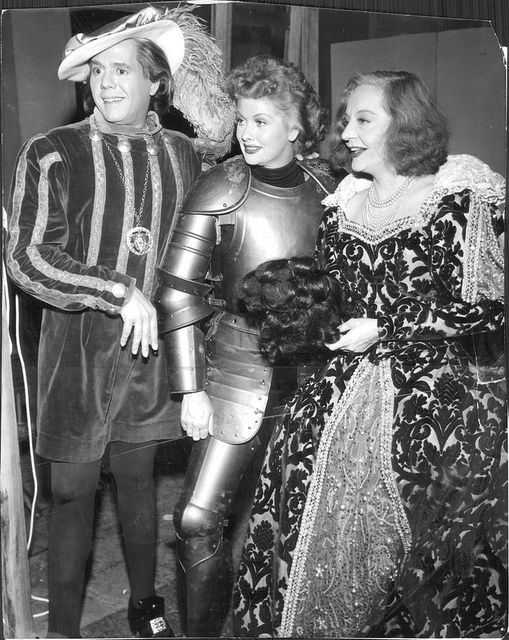 
Posted by AlabamaYesterdays at 7:01 AM