Recently Dianne and I were downtown and decided to check out the Pizitz Food Hall. Since the New Ideal Building was in the same block across an alleyway, I took a few photos and did a bit of research.

The Ideal Department Store specializing in women's clothes was founded in Birmingham in 1908 by Robert Aland. In 1928 the firm moved to the new six-story Ideal Building in 1928. Located at 111 19th Street North, the structure was designed by David O. Whilldin, an architect very active in the city from 1902 until 1961.

When Sears moved from its store at the corner of 2nd Avenue North and 18th Street, Aland relocated his business to this spot and it became the New Ideal Building. That put the store right next to Pizitz. After the Pizitz parking deck opened in 1965, the New Ideal name was painted on the side of the building at every level.

In the 1960's one of Aland's sons took over management and another store opened at the West Lake Mall in 1969. The family also developed a local chain of several women's clothing stores under the Aland's name.

The New Ideal closed in 1990; the final Aland's in 1997. Apartments are now located at the Ideal Building and a sign on the New Ideal proclaims its forthcoming development into lofts. Work on that project began in early April 2019.

A few more comments follow some of the photos. 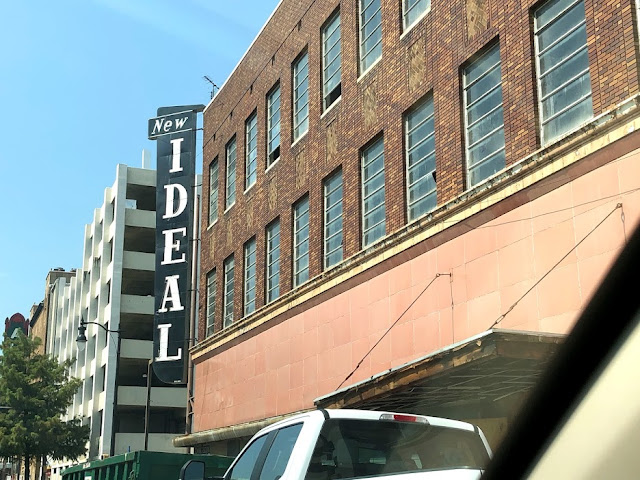 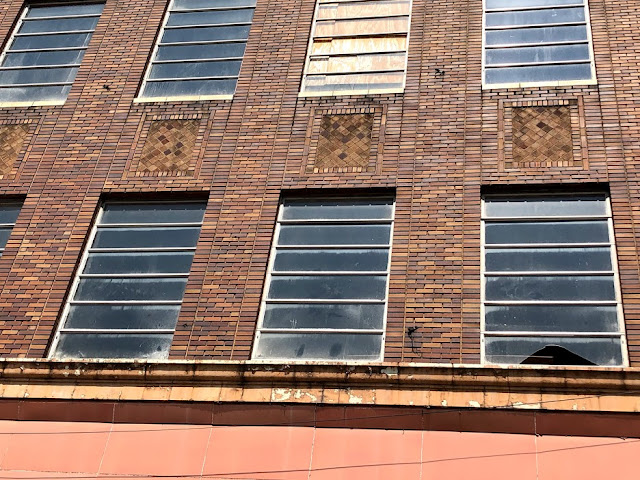 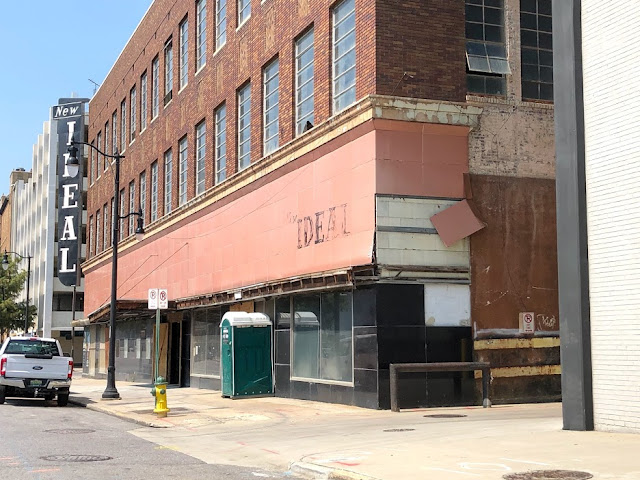 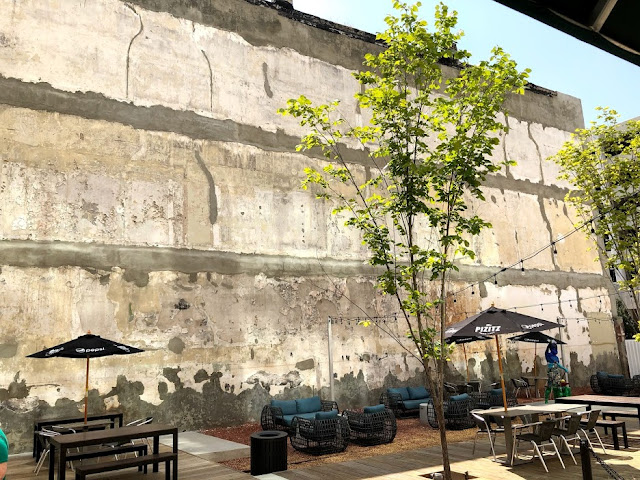 The courtyard of the Pizitz Food Hall is partially visible in this photograph. 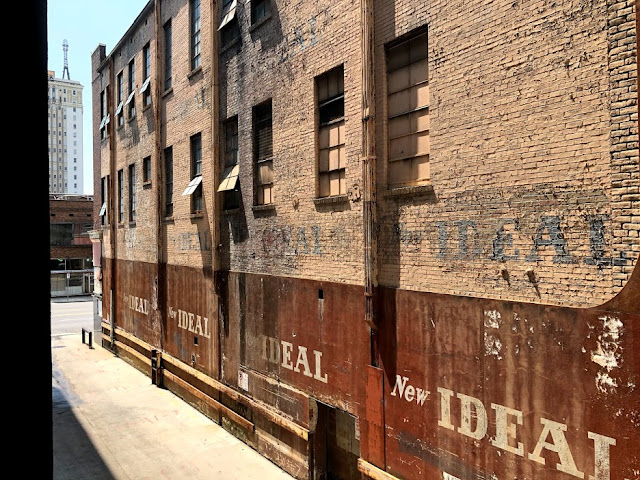 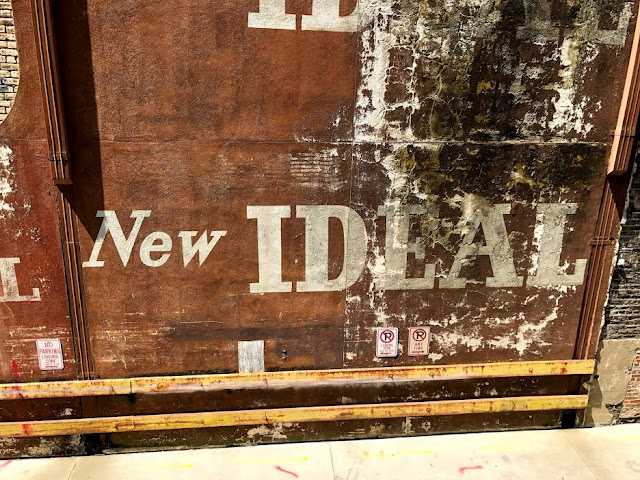 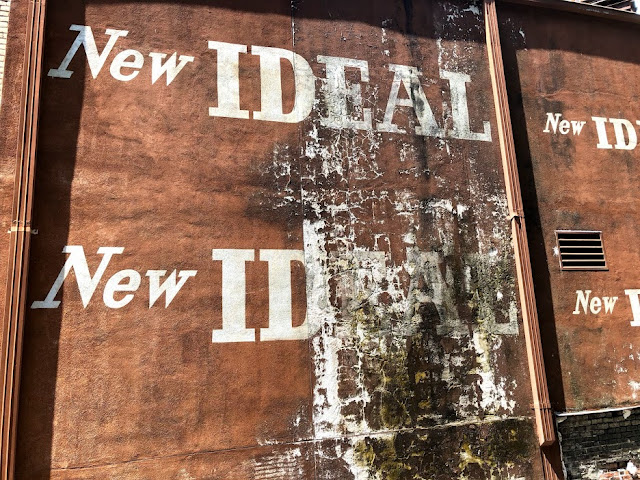 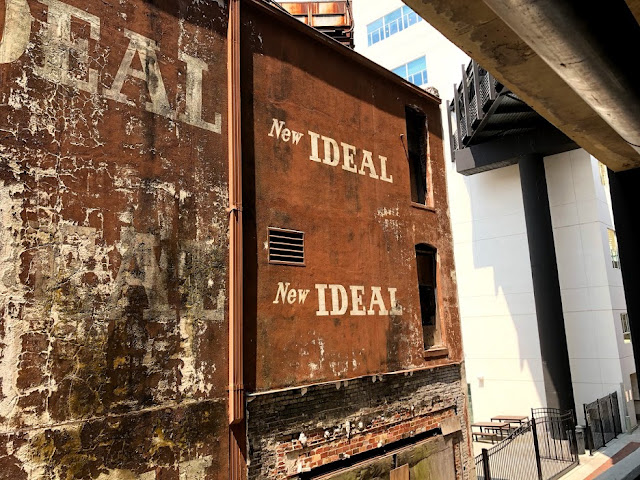 That fence and gate you see on the lower right leads to the courtyard of the Pizitz Food Hall. 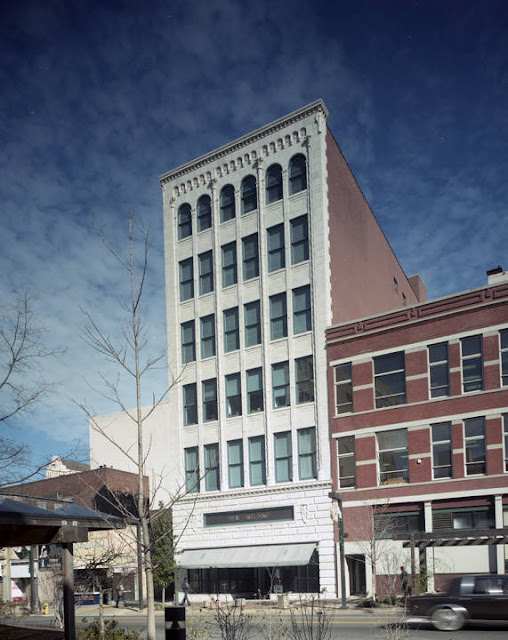 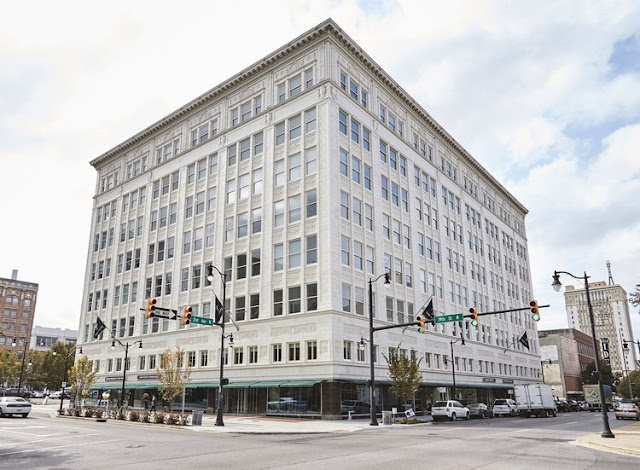 The iconic Pizitz building in downtown Birmingham was home to the department store from 1925 until 1988. You can read more about it and the Pizitz chain at the BhamWiki site.

Posted by AlabamaYesterdays at 9:56 AM