On September 15, 1963, one of the most infamous events of modern American history took place in Birmingham, Alabama. Four members of the Ku Klux Klan planted some 15 sticks of dynamite at the 16th Street Baptist Church; four young African-American girls were killed in the explosion.

These murders led to various responses in addition to those from law enforcement. Among the artistic ones was a work by jazz saxophonist and composer John Coltrane, "Alabama".

Coltrane was born in North Carolina in 1926, and took up the saxophone at an early age after his mother gave him one. He served in the navy, making his first recordings and playing with various base big bands until his discharge in August 1946. Then he returned to Philadelphia, where he had spent time before military service, and joined the burgeoning bebop scene. He played, studied and learned under musicians like King Kolax, Jimmy Heath and Dennis Sandole.

In the summer of 1955 trumpet player Miles Davis, who was reviving his career, contacted Coltrane about joining his new quintet. For the next several years Coltrane played with Davis and with pianist Thelonious Monk. In 1959 he recorded his first work as a group leader, the album Giant Steps that consisted only of his original songs. By the following year Coltrane had a quartet making live appearances.

Coltrane died in 1967 and by that time had worked with various personnel in  quartets that recorded such jazz classics as My Favorite Things (1961)  and A Love Supreme (1964). In the final years he was influenced by jazz avant garde figures such as Ornette Coleman, Albert Ayler, and Birmingham's own Sun Ra.  His skills on tenor and soprano saxophones and in composition are major contributions in jazz history.

The elegy "Alabama" was included in a recording session at Rudy Van Gelder's  studio in Englewood Cliffs, New Jersey, on November 18, 1963. His fellow players were members of his "classic" quartet: McCoy Tyner on piano, Jimmy Garrison on bass, and Elvin Jones on drums. On December 7 they played the composition on "Jazz Casual", a program hosted by critic Ralph Gleason on National Educational Television, the precursor of PBS. You can hear that 5 minute 54 second version here.

Five takes were made of "Alabama" that afternoon in New Jersey; Coltrane did not discuss the subject of the piece. The final version ended up on his 1964 album Live at Birdland. Only the first three songs on that album were recorded at the club. The fifth song, "Your Lady" was also recorded at the "Alabama" session.

As history would have it, JFK was assassinated in Dallas just days after the recording of "Alabama".

In April 2018 the Kronos Quartet premiered a new arrangement of "Alabama" by composer Jacob Garchik. You can read an interview with Garchik here in which he discusses his work with Coltrane's piece. Garchik notes that Coltrane is believed to have adopted rhythms and cadence for "Alabama" from a eulogy Martin Luther King, Jr., gave the day after the bombing. Another source says that Coltrane may have heard a broadcast or recording of the eulogy delivered by King on September 18 at the funeral service for three of the girls. A third source concurs with that idea.

The 2016 documentary film "Chasing Trane" devotes time to "Alabama". You can read an interesting essay by Tommy Stevenson about the film and the piece here. 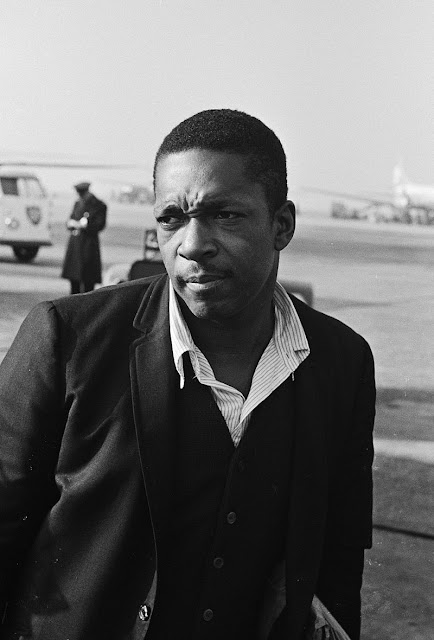 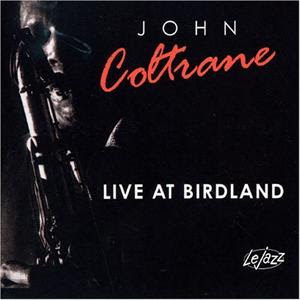 Posted by AlabamaYesterdays at 9:02 AM