Walker Evans [1903-1975] is one of the best known American documentary photographers of the 20th century. He made three brief trips to Alabama in his career, in March and the summer of 1936 and in 1973. I have written about him in several blogs posts, including this one which links to the others.

Evans made that summer 1936 trip with writer James Agee; they spent a couple of months living with a sharecropper family in Hale County. That experience resulted in the 1941 book Let Us Now Praise Famous Men, perhaps the most famous non-fiction book ever written about Alabama.

Most of Evans' photographs on that trip were taken in Hale and Greene counties. The ones below are taken from a roll of 36 exposures in a cemetery probably in one of those places. My source for these is the Walker Evans Archive at the Metropolitan Museum of Art in New York City. The Met's web site gives no location information except they were taken in Alabama in 1936.

Divorced from specifics, these photos have a haunting, timeless quality, floating out there somewhere in the past. What does this cemetery look like today, I wonder? Based on the number of marble headstones, many of them large, and the location in a poor, rural state, this cemetery probably contained the graves of at least modestly well-to-do whites.

Research into Evans' archives at the Met might reveal the location of these graves. If you recognize the place, please leave a comment on this post.

Other comments are below a few of the photos. 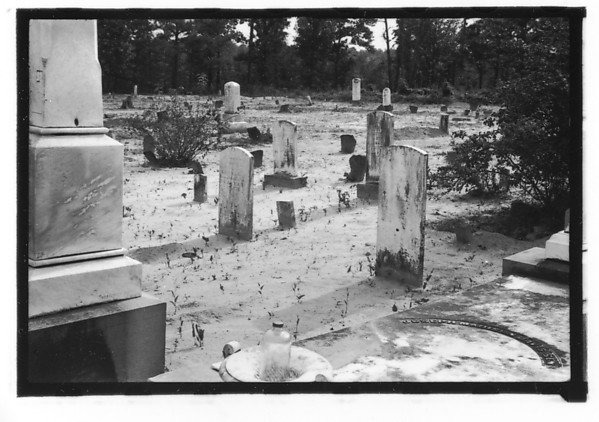 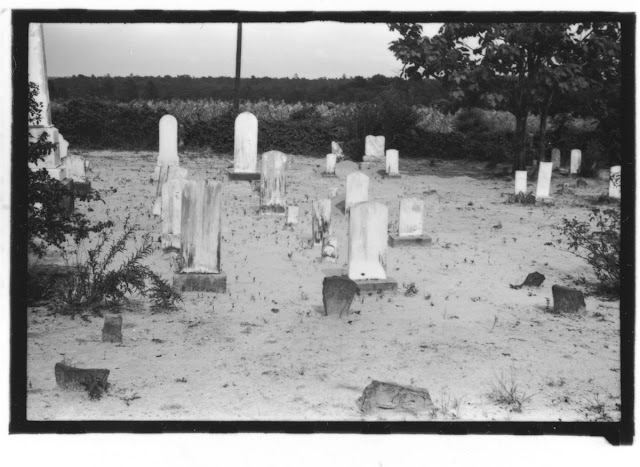 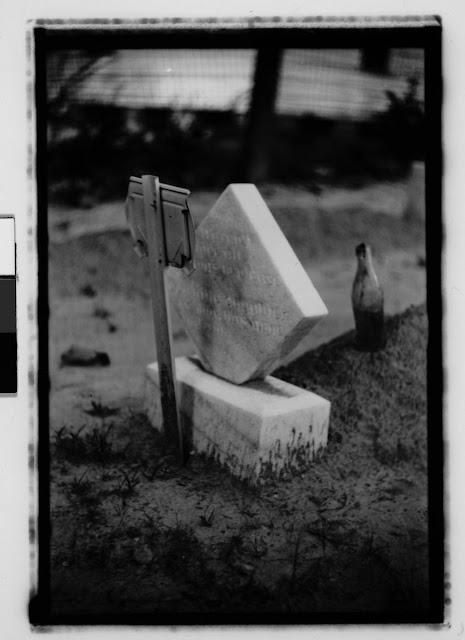 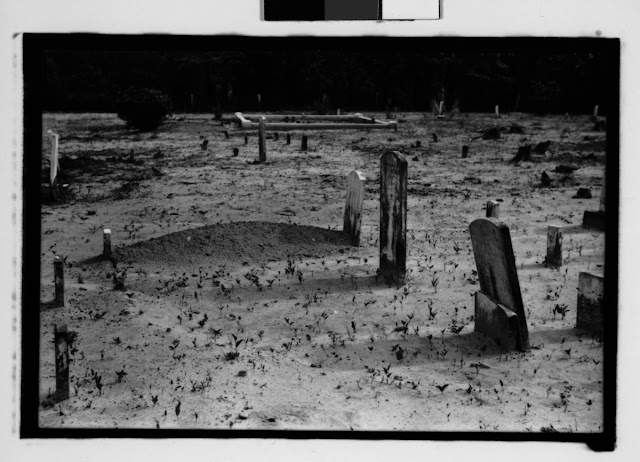 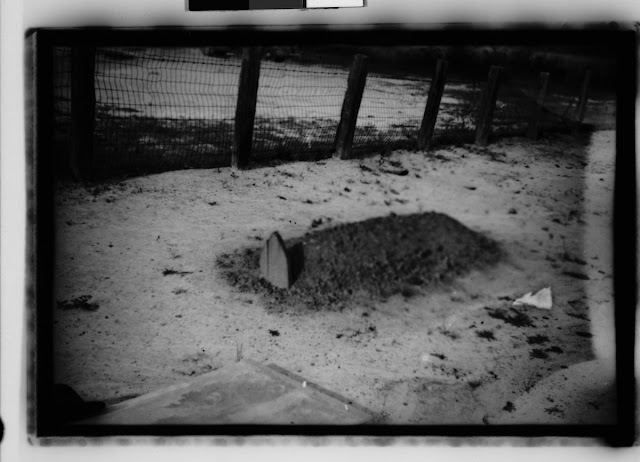 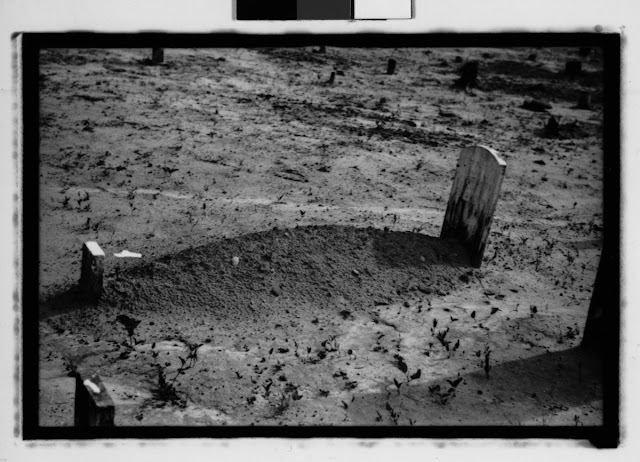 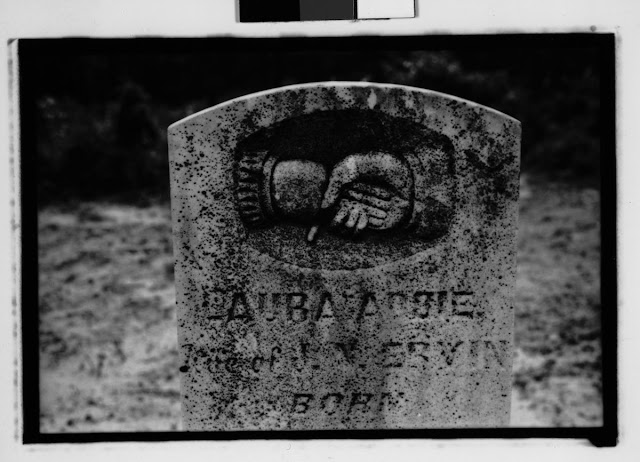 This grave appears to be that of "Laura Abbie, wife of J.N. Erwin". I've tried searching Find-A-Grave & Ancestry but no luck so far. Two photos below also have names visible, but I've been unable to figure them out yet.

The Association of Gravestone Studies has a section of its web site devoted to the symbolism of images found in cemeteries. Here's what it says about hands:

"Hands are found on many gravestones.  It may be the hand of God pointing downward signifying mortality or sudden death.  The hand of God pointing upward signifies the reward of the righteous, confirmation of life after death.  Praying hands signify devotion.  Handshakes may be farewells to earthly existence or may be clasped hands of a couple to be reunited in death as they were in life, their devotion to each other not destroyed by death."

The gravestone below appears to have a hand pointing upward. 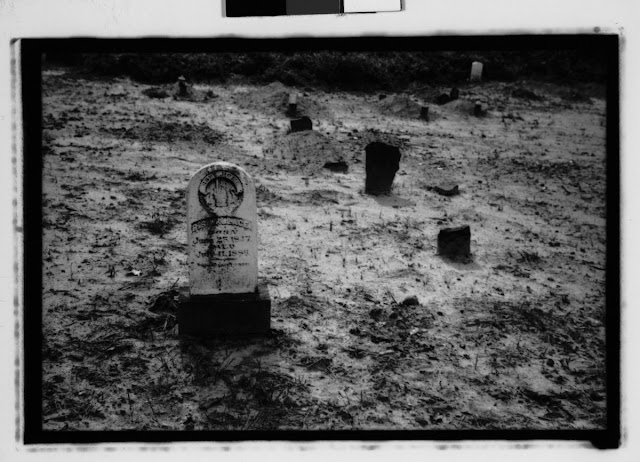 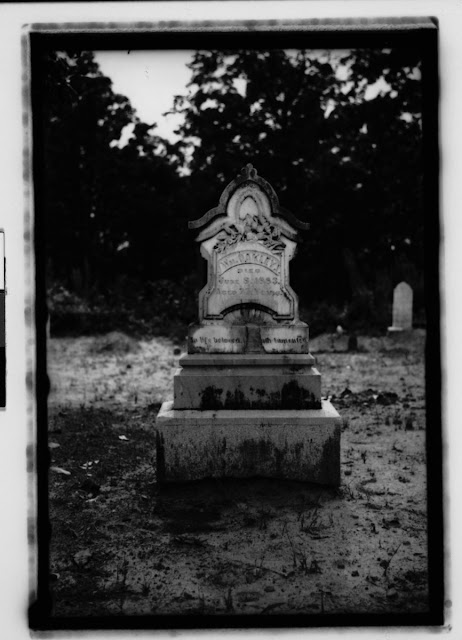 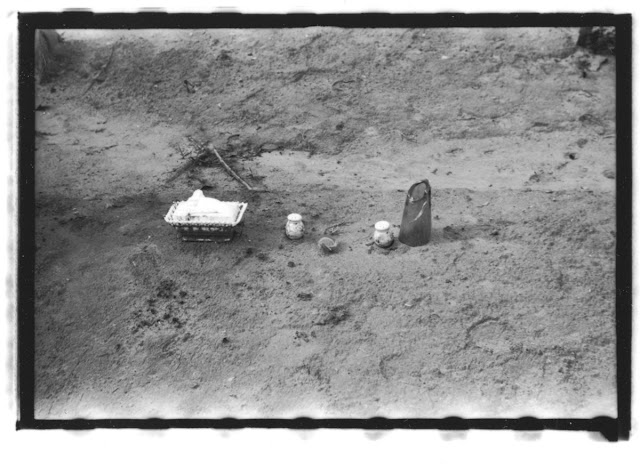 This grave is topped by what appear to be salt and pepper shakers and a basket, perhaps of food. 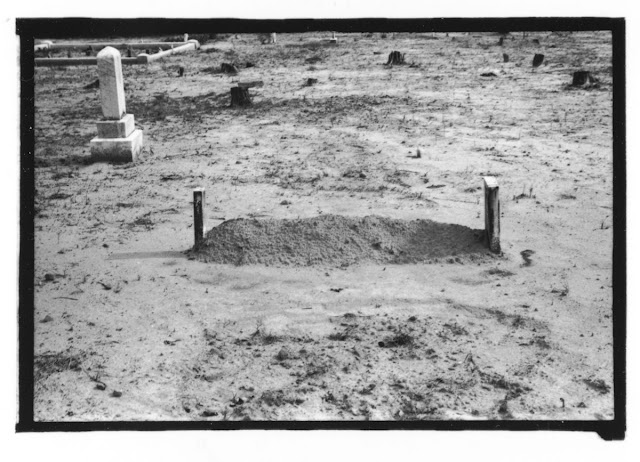