Alabama Photo of the Day: Monument to a Slave

Another expedition to the digital material at the Alabama Department of Archives and History uncovered the photograph below. The description there noted, "Monument to Harry, a slave who saved several Howard College students from a fire in Marion, Perry County, Alabama; photo taken in the 1930's". Let's investigate.

To find out more, I turned to James F. Sulzby, Jr.'s two volume work, Toward a History of Samford University (1988). He discusses the fire on pages 28-33.

Samford was originally known as Howard College and incorporated by an act of the state legislature in 1841. Baptists founded the school, which opened in Marion on January 3, 1842, with nine students.

The first official college building, a four-story brick structure opened on January 1, 1846. The first commencement was held on July 27, 1848, when seven men graduated.

For the fall 1854 session 112 students were enrolled. Many of them lived in town, but others lived in the college building. On October 15, 1854, a fire began around midnight. The building and all property, valued at almost $20,000, was destroyed.

A committee appointed to study the fire issued a statement on October 18. They noted that a professor, the tutor and 23 students had various injuries but all survived. One student died a few days later. The committee determined the fire started in a stairwell but could not establish a cause.

The only immediate fatality was Henry, the college janitor and a slave owned by President Henry Talbird. He apparently awoke soon after the fire started and went through all the floors waking students. The fire prevented his return by the stairs, and Harry was forced to jump from a fourth story window. He was killed by the fall.

Harry Talbird's funeral was held at Siloam Church. He was buried in Marion Cemetery. The marker seen in this photograph was paid for by officers and students of the college and members of the Baptist State Convention.

The monument has a different inscription on each of its four sides; you can read them below. Also below are contemporary photographs of the monument. 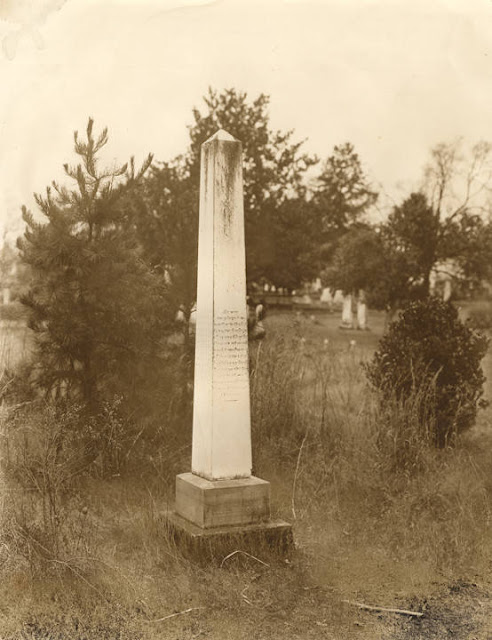 
Who lost his life from injuries received while rousing the students at the burning of the college building on the night of Oct. 15th 1854.

He was employed as waiter in the college, and when alarmed by the flames at midnight and warned to escape for his life replied "I must wake the boys first," and thus saved their lives at the cost of his own.

As a grateful tribute to his fidelity and to commemorate a noble act, this monument has been erected by the students of Howard College and the Alabama Baptist Convention.

A consistent member of the Baptist Church he illustrated the character of a Christian servant "Faithful even unto death." 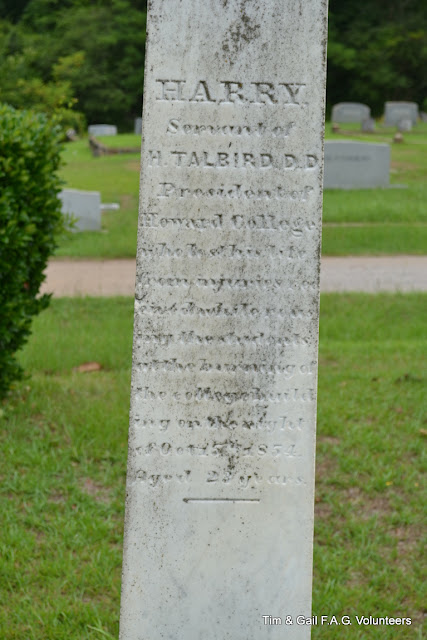 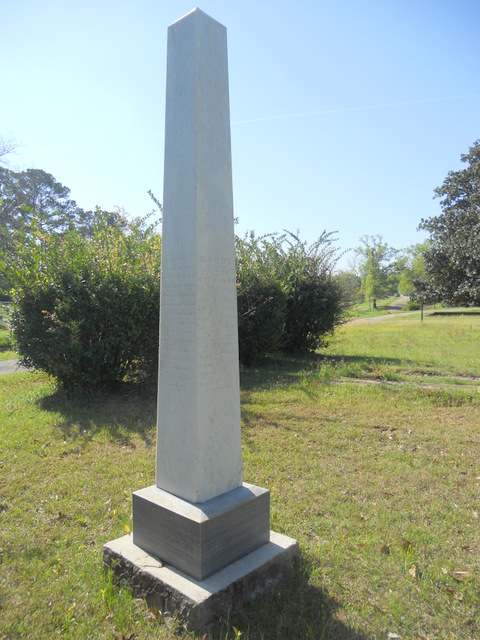 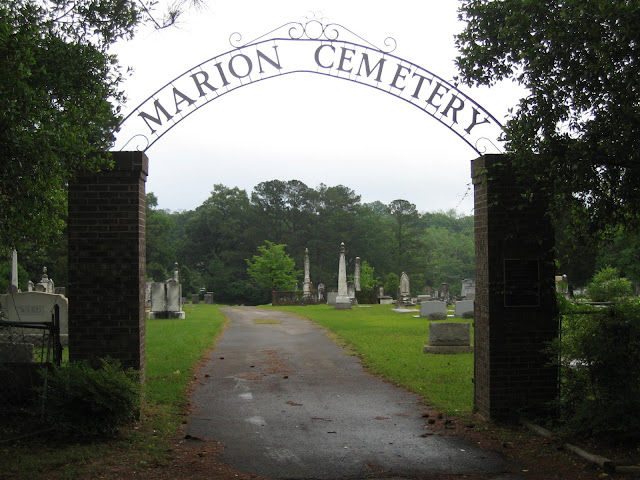 Posted by AlabamaYesterdays at 10:58 AM