Recently my younger brother Richard and I were on a brief trip together in north Alabama. While in Huntsville we decided to have lunch at Gibson's Bar-B-Q on Memorial Parkway. We've eaten there before, and enjoyed it and did this time, too. We both had the small pork plate and sides; I had some delicious green beans and fried okra.

On this visit Richard reminded me that Gibson's was one of our dad's favorite eating places. No doubt this place is a favorite with many people; the food is good, inexpensive and the atmosphere relaxed and casual. I doubt much has changed since Velma and Paul Hampton opened this Gibson's in 1956.

Velma was the daughter of Decatur BBQ legend Big Bob Gibson, who began cooking his style in the 1920's. He opened his first restaurant in 1925, and one of the world's BBQ legends was born.

For more about the state's delicacy see Mark A. Johnson's 2017 book An Irresistible History of Alabama Barbecue from Wood Pit to White Sauce. 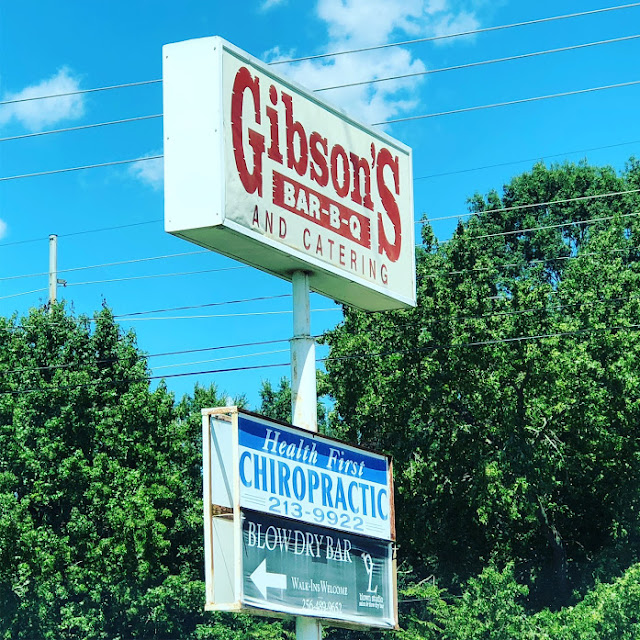 Next time we'll have to get a back adjustment before we hit the Blow Dry Bar. 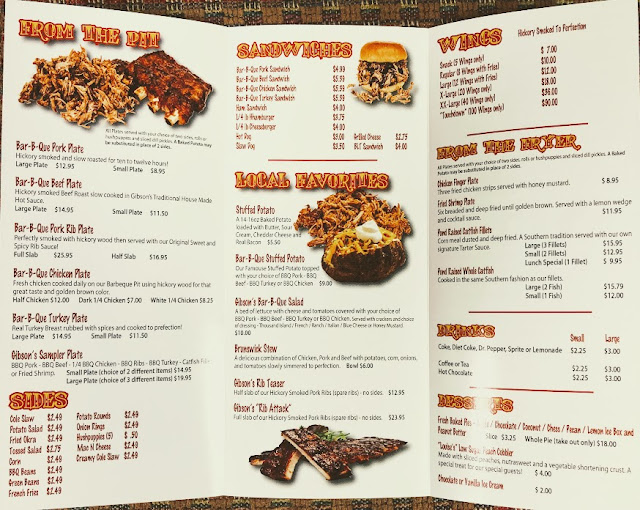 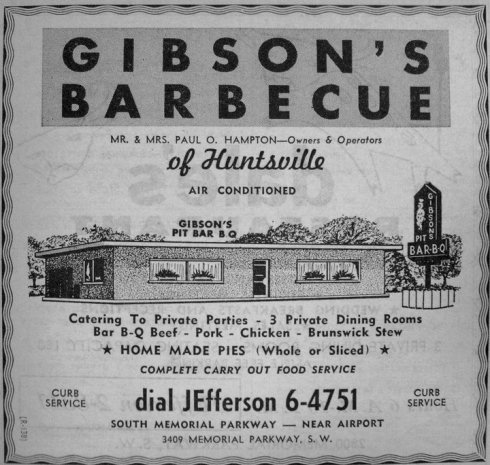 Posted by AlabamaYesterdays at 10:56 AM