On September 23 a man named Robert Hunter died at home in San Rafael, California. Young whippersnappers may not recognize the name, but if you've been even just a "fan" of the Grateful Dead, you know who he was. As Wikipedia notes, Hunter "was an American lyricist, singer-songwriter, translator, and poet, best known for his work with the Grateful Dead." He never performed with the original group, seldom performed or recorded on his own, and rarely gave interviews. Yet his songs for the band, with music mostly by Jerry Garcia, spanned a twenty-five year period and embodied in his often mysterious lyrics the crisp Americana of so much of the group's work.

The list of his iconic songs is lengthy and includes "Dark Star", "Ripple", "Truckin'", "China Cat Sunflower", and "Terrapin Station". He also collaborated with other other Dead members on such classics as "Sugar Magnolia" and "Box of Rain". Hunter also worked with numerous other musicians outside the Dead over the years, including Bruce Hornsby, Elvis Costello and Bob Dylan.

Another of Hunter's many songs for the Dead was one called "Alabama Getaway". You can read the lyrics below and David Dodd's commentary on them here. The song was first performed on November 4, 1979, at the Civic Center in Providence, Rhode Island. The Dead played the song at 142 different shows, including first in the set list at Birmingham's Boutwell Auditorium on April 28, 1980. Recordings of a lot of those shows can be found at the Internet Archive.  YouTube has several versions by the Dead as well as ones by John Mayer and Bob Dylan.

A number of obituaries and appreciations have appeared since Hunter died. I especially like this one in the New Yorker.

In addition to the song and various concerts in the state between 1977 and 1995 there is another connection with the Dead and Alabama. Singer Donna Jean Godchaux worked and toured with the band from 1972 until 1979. She was born in Florence and sang backup on recordings for many artists at Muscle Shoals before leaving for California in 1970. She has since returned to live in the state and continues to perform and tour with her band. 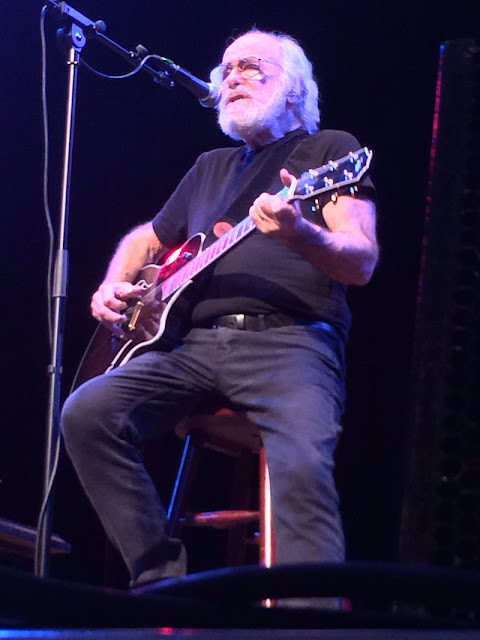 
Majordomo Billy Bojangles
Sit down and have a drink with me
What's this about Alabame
Keeps comin back to me?


Why don't we just give Alabama
rope enough to hang himself?
Ain't no call to worry the jury
His kind takes care of itself


Twenty-third Psalm Majordomo
reserve me a table for three
in the Valley of the Shadow
just you, Alabama and me 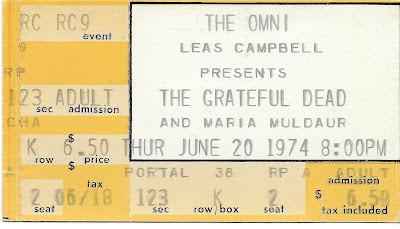 Here's the set list for the 1974 show in Atlanta when I saw the Dead play. Maria Muldaur was pretty good, too.

Posted by AlabamaYesterdays at 7:24 AM