Having been a Marilyn Monroe fan for many years--well, decades, really--I've been looking for an Alabama connection to write about on this blog. However tenuous it may be, I've found one, so here we go.

Back in December 2014 I did a blog post on some photographs of downtown Gadsden taken in December 1940. The photographer was John Vachon. In a collection of his letters Vachon noted in one that he stayed at the Gadsden Hotel on Friday and Saturday nights for that December visit.

I wrote a bit about his biography in that post. "Vachon was one of a number of photographers who traveled America from 1935 until 1945 documenting conditions and activities during the Depression and WWII for the U.S. Farm Security Administration and the Office of War Information. He worked for the OWI in 1942 and 1943. Almost 8300 of his photographs can be seen here. Vachon was born in St. Paul, Minnesota, in 1914 and died in 1975."

In March 1943 Vachon took a number of photographs in Montgomery that turn up in the Yale University resource cited above. There's also one from Evergreen in that same month and two from Birmingham in December 1940. You can see a few below. Thus he seems to have made at least two trips to Alabama.

Now about that Monroe connection. In mid-August 1953 Vachon went to Banff in Alberta, Canada, where the film River of No Return starring Monroe and Robert Mitchum was being shot. Marilyn was recovering from an accident; she had her left ankle wrapped and was using crutches. Yet within a few days Vachon managed to take a number of formal and candid photographs. Unfortunately, only a few were used by Look for an article "Location Loafing" in the October 1953 issue. The remainder went unseen until many years later when the book Marilyn, August 1953: The Lost Look Photographs was published in 2010.

In September after Marilyn returned to Los Angeles, Look sent another photographer and some of those shots were included in the November issue, including on the cover. That photographer was Milton Greene. The two became friends, and by 1957 in some 53 sessions Greene took many of the most iconic photos of the actress.

A few of Vachon's Alabama and Marilyn photos are below. The Library of Congress has a large collection of his papers etc. Daughter Christine Vachon is an independent film producer. 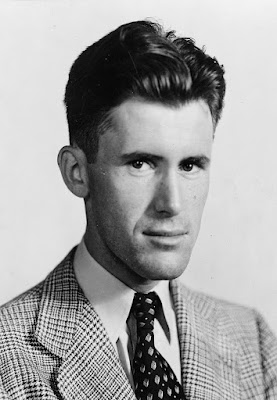 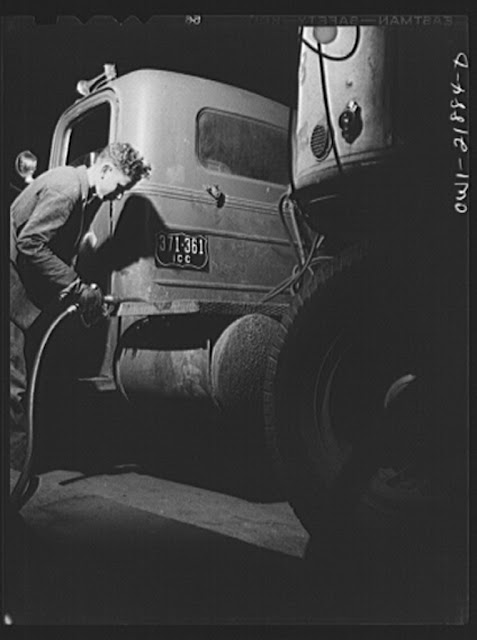 A truck driver refuels in Evergreen at three a.m. on his route from Montgomery to Mobile 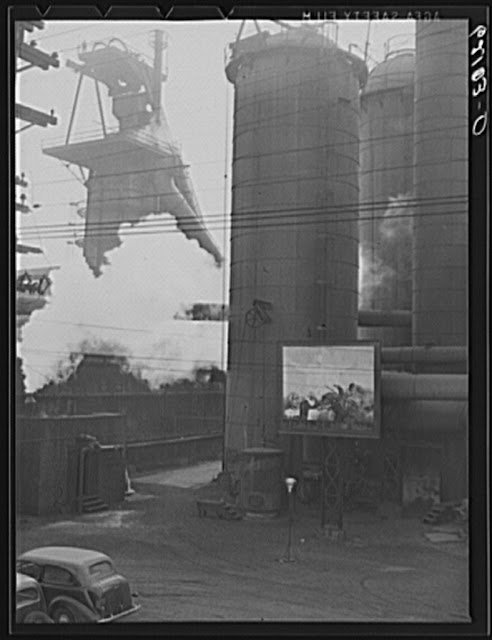 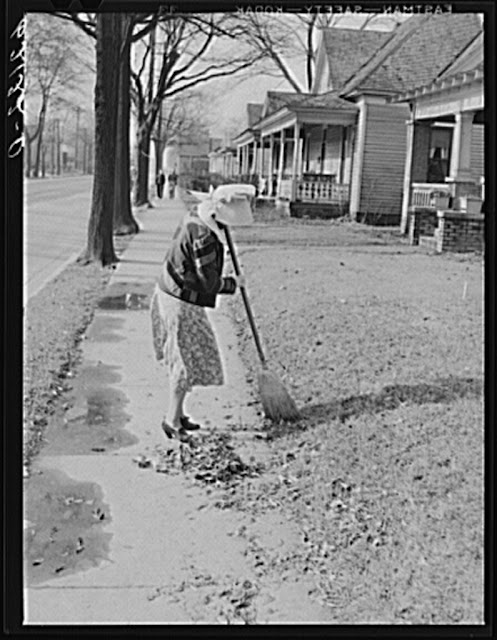 A woman sweeping leaves in Birmingham in December 1940 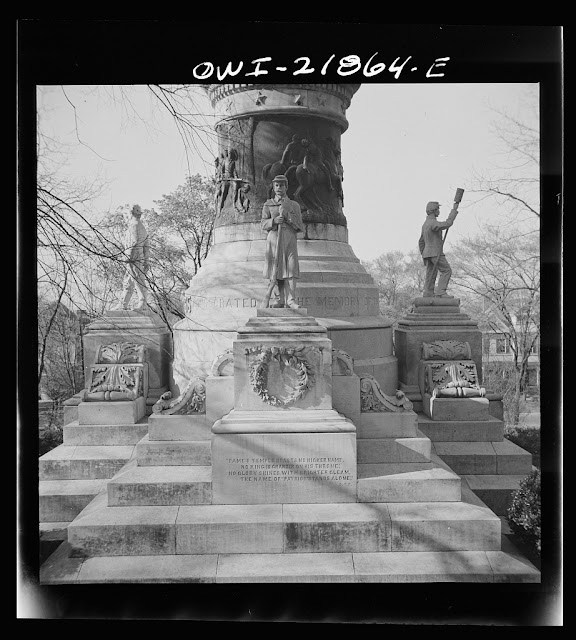 Confederate monument at the state capitol grounds in Montgomery March 1943 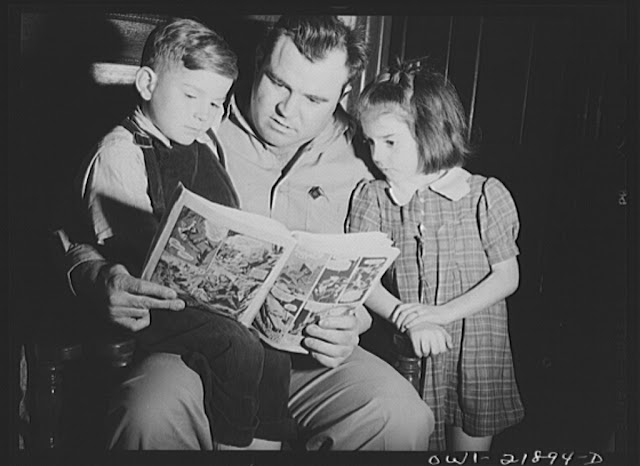 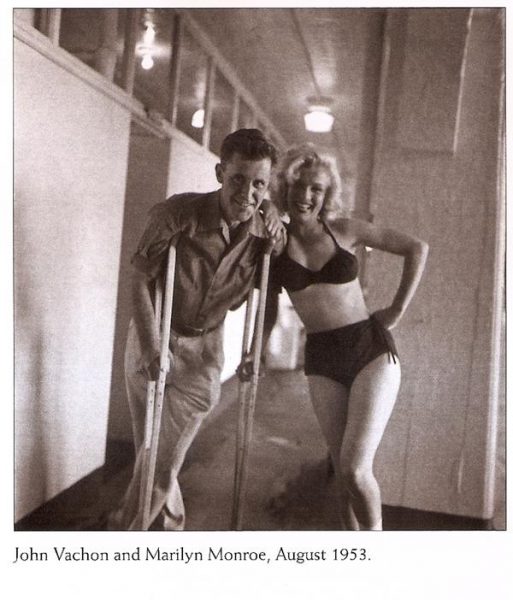 Source: Blog post by Tara Hanks 31 January 2011. The post has much information about the session in Canada and many more photos. 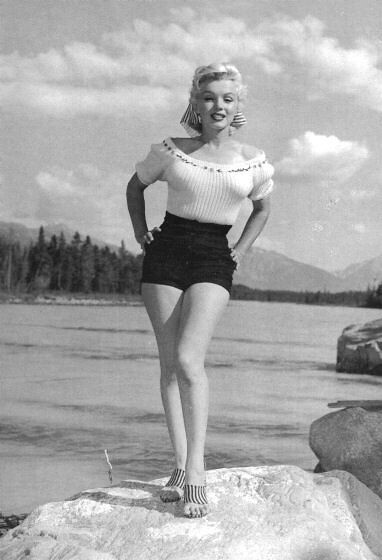 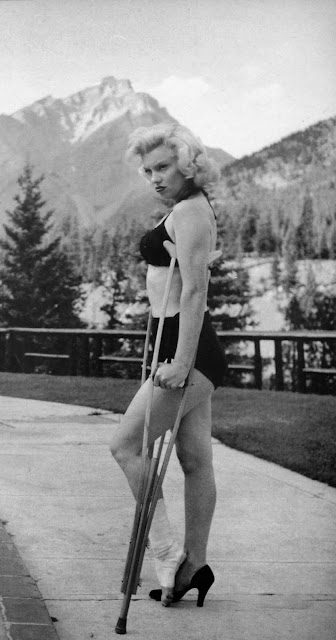 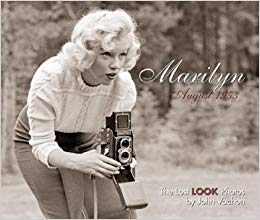 Posted by AlabamaYesterdays at 10:37 AM