Dianne and I recently made one of our trips to visit daughter Becca and her family who live just south of Jacksonville, Florida. As we also do on our trips to St. George Island near Apalachicola, we take US 231 out of Montgomery and head for Dothan. This route takes us through Troy, Brundidge, and Ozark and the rural landscapes in between. I have family connections in Brundidge, and I've written here about a trip to that town. This blog post and one that follows take a different approach.

Until the Interstates were built, US 231 was a major artery into Florida from points north. After all it runs from US 41 in St. John, Indiana, to US 98 in Panama City. In those rural areas between Montgomery and Dothan are frequent examples old and more recent of homes and especially businesses now empty. Of course, there are some very nice farms, cattle ranches, homes and landscapes along this stretch also.

The photos below were taken mostly between Montgomery and Troy from the car as we headed southbound. Another post will have photos from the return trip northbound. I've put comments below some of the photos.

Based on our soundtrack, many of these pictures were taken between Bob Dylan's "A Satisfied Mind" and his "Shelter From the Storm" on one of the Sirius XM channels. I leave readers to work out the significance of that. 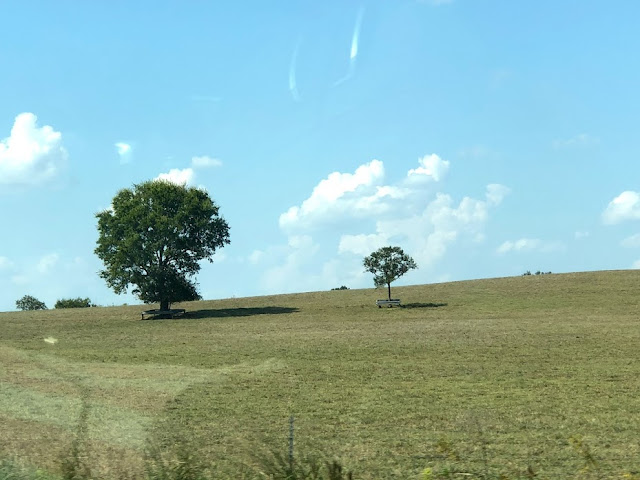 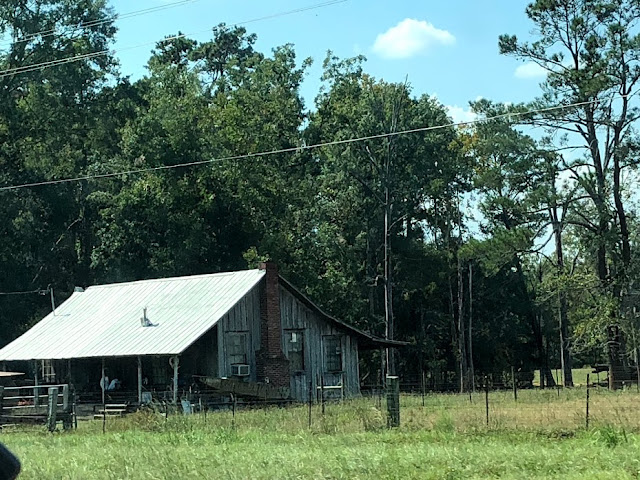 I wonder how many Coca Cola signs adorn abandoned businesses across America. 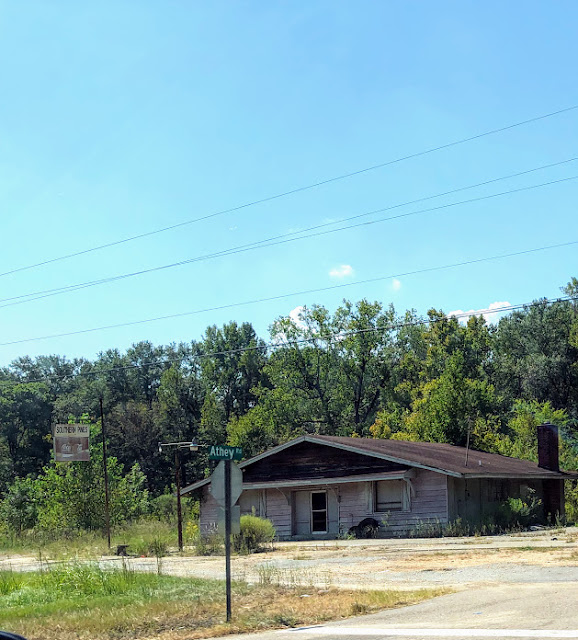 This Athey Road is located in Mathews in Montgomery County. The community is unincorporated and named after George Mathews, a Revolutionary War hero and Georgia governor. The post office closed in 2011. 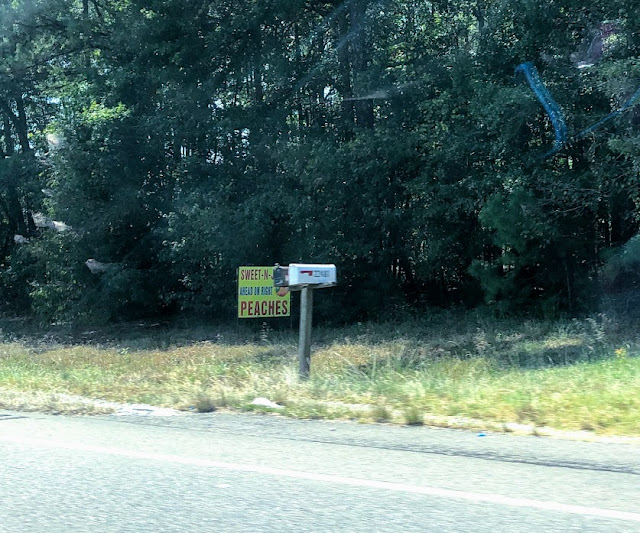 One of a series of signs advertising a store coming up on the route. You still see this sort of thing along routes like U.S. 231 that were heavily traveled in the past; the Interstates are devoid of such colorful campaigns. Perhaps the most famous of the type were the legendary little poems for Burma-Shave. 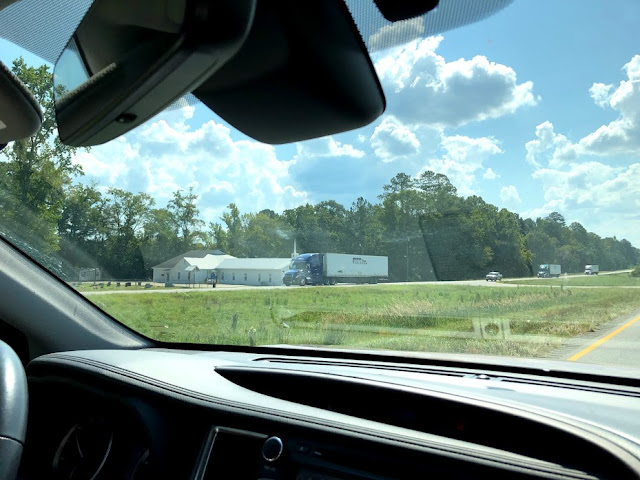 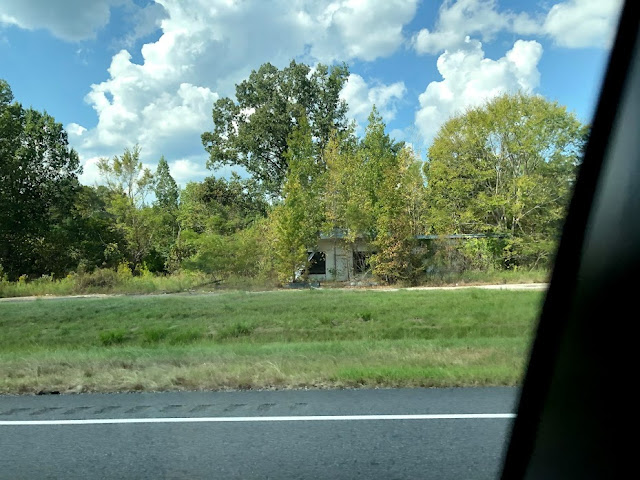 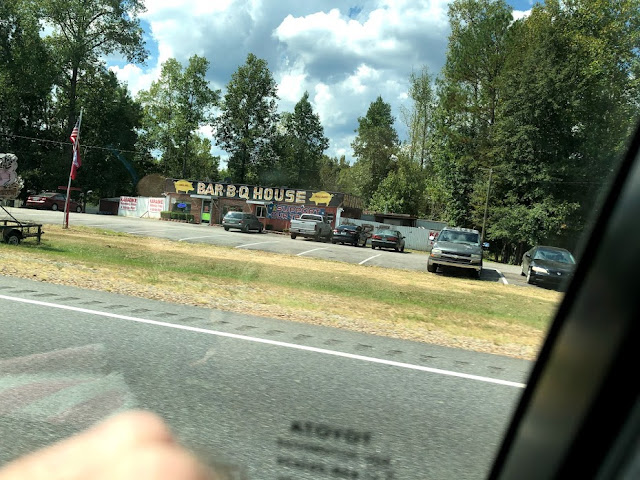 This place seems to be attracting customers. 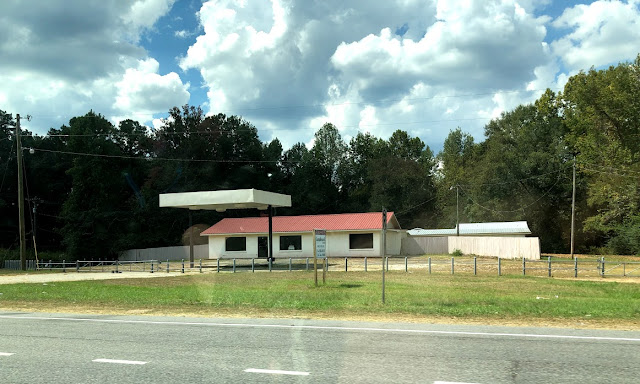 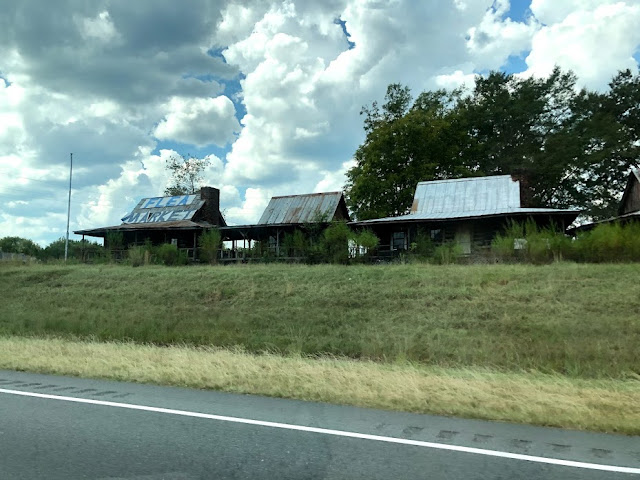 These are the sad remnants of Pioneer Village near Troy, not the Pioneer Museum of Alabama which is a bit further south and still thriving. I assume it's the business listed by Bizapedia: "Pioneer Village, LLC is an Alabama Domestic Limited-Liability Company filed on August 19, 2005. The company's filing status is listed as Exists and its File Number is 467-846. The Registered Agent on file for this company is Johnson, James Ralph and is located at 26001 Us Hwy 231, Troy, AL 36081."

I don't think the business operated long but have no further details. Perhaps it did not survive the 2009 economic downturn. 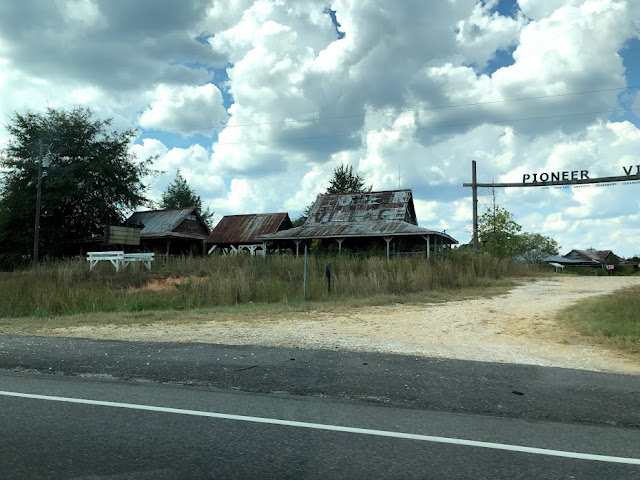 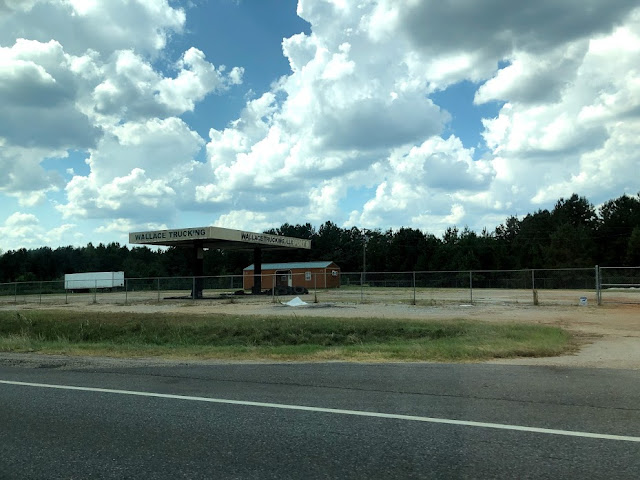 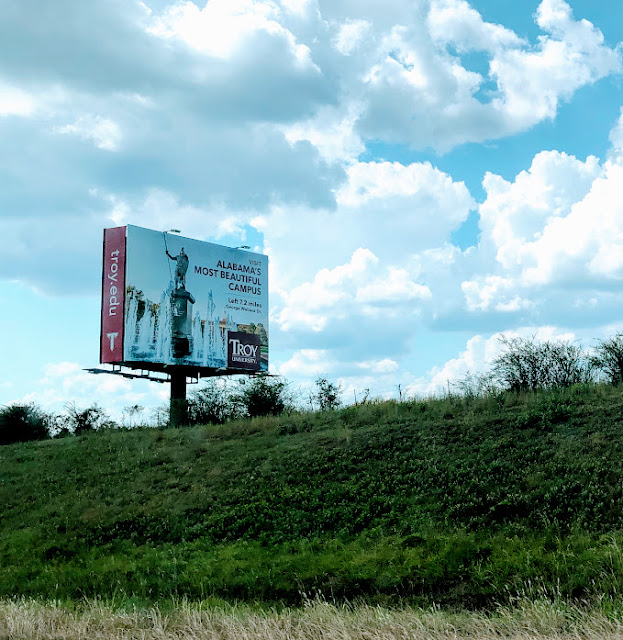 Is it just me, or does it seem hypocritical to brag about the beauty of your campus on a gigantic roadside billboard that spoils the view of the sky?? 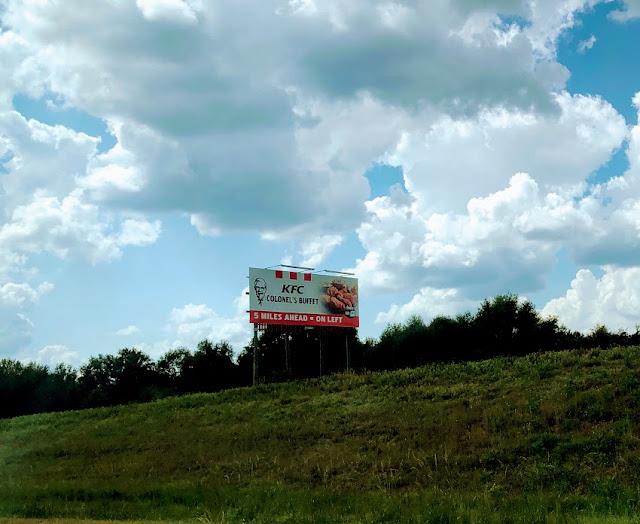 Kentucky Fried Chicken on the hill! 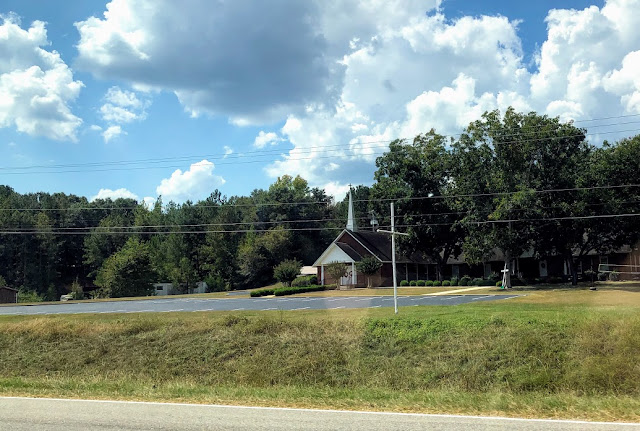 One of many small churches you see along the highway. 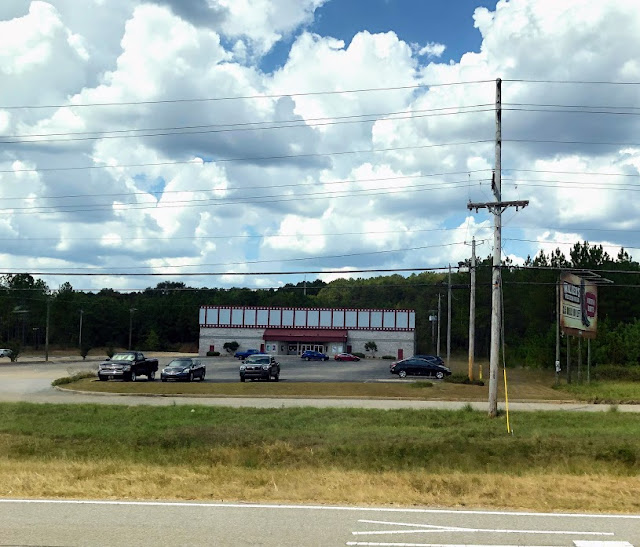 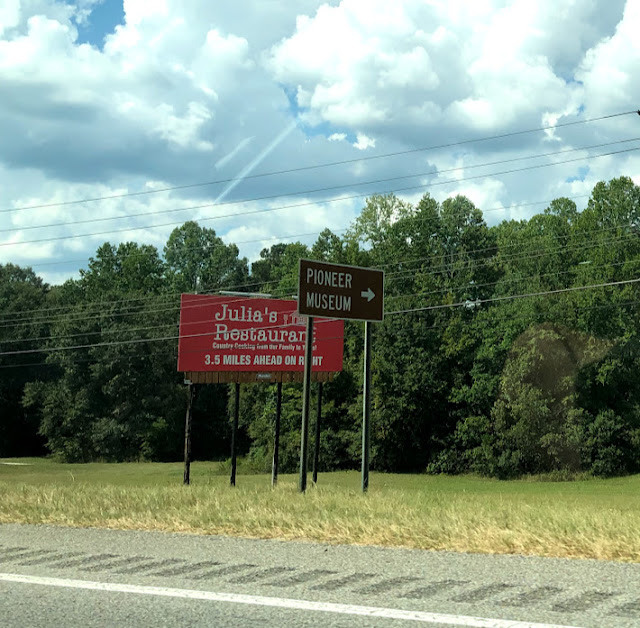 History to the right, the present up ahead.... 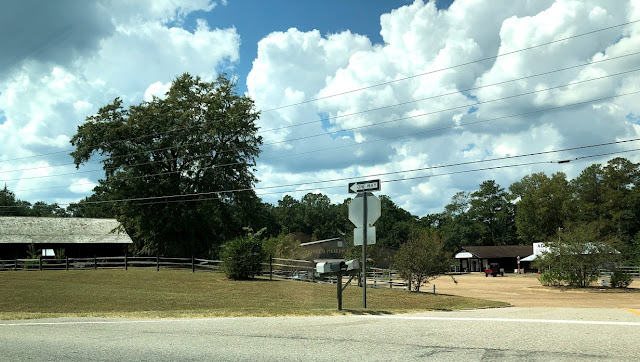 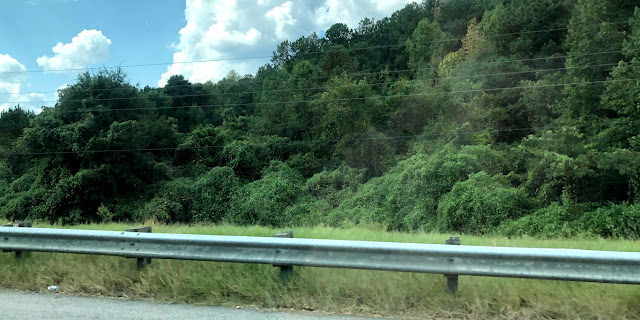 Yes, you pass some kudzu on this route. 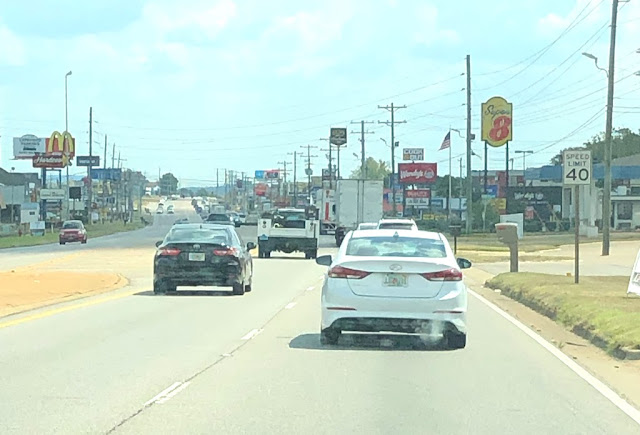 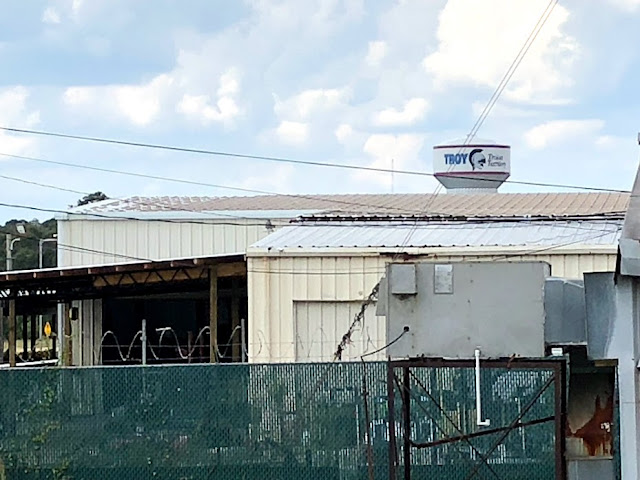 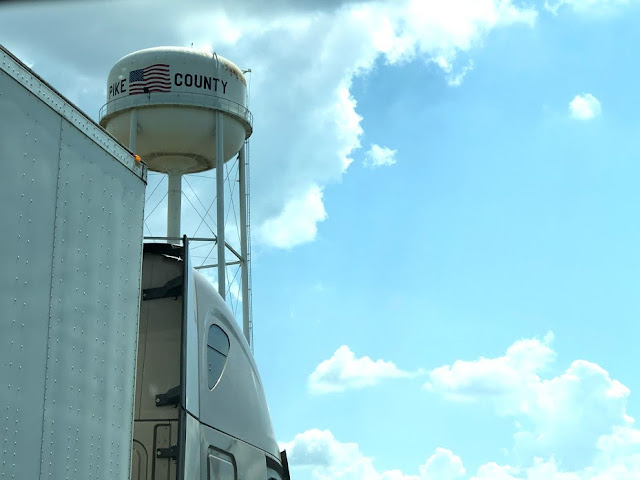 A lot of history in Ozark, Ariton and Enterprise. For instance, Ariton is the birthplace of blues singer Big Mama Thornton, who in 1952 became the first to record Leiber & Stoller's legendary song "Hound Dog".

Ah, the open road...where are Jack Kerouac and Neal Cassady when you need them? 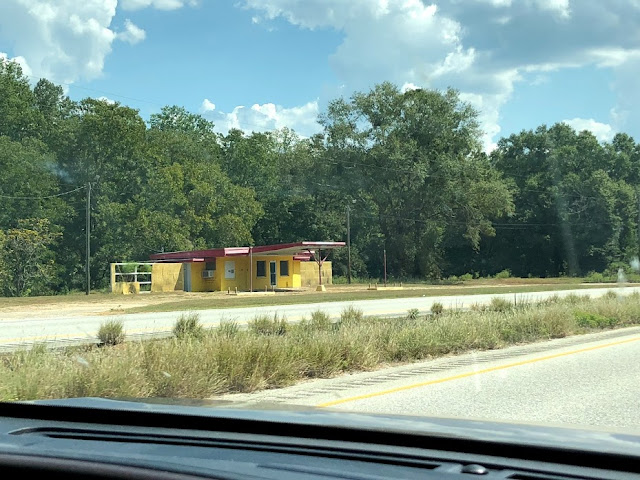 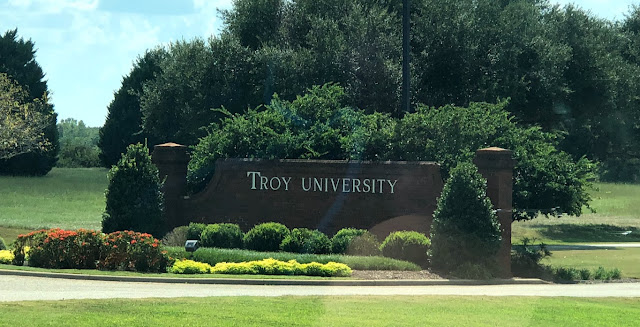 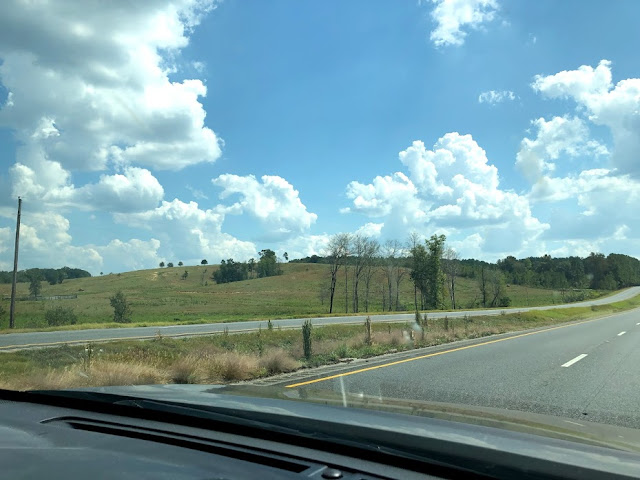 I'll end this post where I began, with a shot of some pretty landscape.


Posted by AlabamaYesterdays at 9:31 AM