This post is the sixth in a series about postage stamps with Alabama connections. Previous items were

Alabama on Some U.S. Postage Stamps (5): Some More People & Topics

You can see literary stamps from around the world here. Wikipedia has a long list of people on U.S. stamps here.

More information is below each stamp. 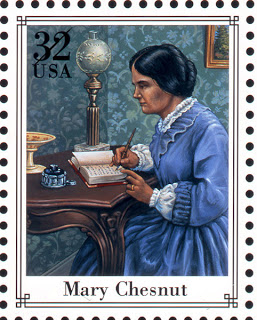 Boykin's diary includes material on her time in Montgomery during the Civil War. This stamp was issued in 1995. 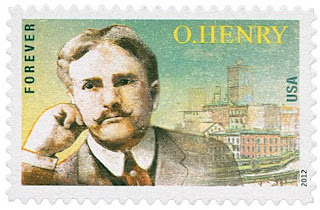 His famous short story "The Ransom of Red Chief" is set in Summit, Alabama. This stamp was issued in 2012.

His Alabama bonafides are several. He trained in Montgomery during World War I, where he met that local beauty Zelda Sayre. The couple lived in the city during parts of 1931 and 1932 with Zelda working on her only novel, Save Me the Waltz and her husband writing parts of Tender is the Night. Fitzgerald also wrote several short stories set in the state or a close approximation of it. His stamp was issued in 1996. 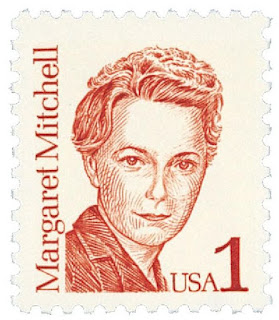 Mitchell was the author of a little tome entitled Gone with the Wind. In 1922 she lived in Birmingham's Southside while working at the Birmingham News. This stamp was issued in 1986. 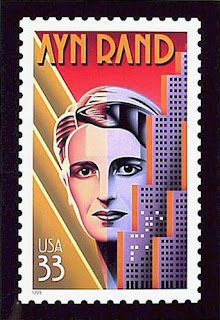 Rand was a novelist and philosopher. One of her best known works is the novel The Fountainhead, published in 1943. In the 1949 film version Gary Cooper plays architect Howard Roark, who in one scene extols the virtues of Alabama marble to his admirer, a socialite played by Patricia Neal. You can read my blog post about the film here.

I have no idea if the same scene occurs in the book. Perhaps someone who has read it can tell us in the comments. 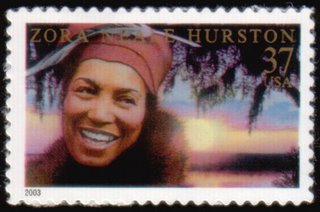 Hurston experienced some success during her life writing novels, short stories, plays and works on folklore. Yet she died in poverty and declining health in a Florida nursing home and was buried in an unmarked grave. In the mid-1970's writer Alice Walker found the grave and wrote about her search for Hurston's final resting place. Since then Hurston's work has returned to prominence.

Hurston herself claimed a Florida birthplace, but most scholars accept it was really in Notasulga, Alabama. Some of her writing has Alabama settings and topics. In 1952 she corresponded with Alabama author William Bradford Huie about their mutual interest in a Florida murder case. 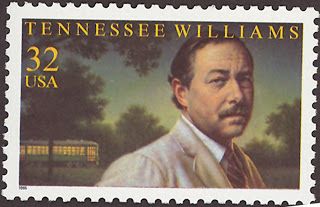 Williams, along with Eugene O'Neill and Arthur Miller, is considered one of the great American playwrights of the 20th century. His first full-length play, "Candles to the Sun" was produced in St. Louis in March 1937 and is set in a coal mining region of Alabama. 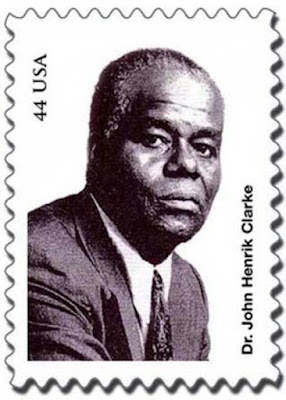 Clarke was a writer, historian and professor at universities in both the United States and west Africa. He was born in Union Springs, Alabama.

I'm not sure this stamp was ever issued. I found information about a campaign to get such a stamp, but no issue information.

Posted by AlabamaYesterdays at 11:42 AM