In August 2012 my son Amos IV and I were tooling down I-65 South headed for Montgomery to see some historic sights there. Not long after we left Pelham, we were slowed to a crawl by a traffic backup and decided to use one of the Clanton exits to detour.

We hadn't gone far when we passed this Great Alabama Ruin, the former Clanton Drive-In, located at 3404 7th Street North. We looked at each other, both saying wow!, so I turned around. The photos below were taken by my son and reveal what we saw on that hot summer day.

The Cinema Treasures web site notes the drive-in opened sometime before 1955, was owned by a B. Clark and had 416 spaces for cars. That number would provide a lot of eyeballs to watch such late 1950's movies as Some Like It Hot [1959] a comedy with Marilyn Monroe; The Big Country [1958] a Western with Gregory Peck; the Ten Commandments [1956] with Charlton Heston; and Alfred Hitchcock's thriller North By Northwest [1959] with Cary Grant. We can also hope that in the 1960's such classics as Beach Blanket Bingo [1965] with Annette and Frankie also appeared on that giant screen.

At the time this theater opened, the only places to watch a movie on a big screen were probably way up in big bad Birmingham or way down in Montgomery. After all, the only Over-the-Mountain community developed at that time was Vestavia. Wonder when the first movie theater opened there? Small town movie theaters were not unknown back in the day, however.

No indication is given on the Cinema Treasures site as to when the drive-in closed. At some point S&H Mobile Homes opened there, and it closed in 2010. The only signs left of the original use are the screen, the empty marquee and the flat field for cars. We can only imagine the building that housed projection equipment, the snack bar and restrooms, and all of the poles for the little sound boxes to be hung on car windows.

Some 86 open movie theaters in Alabama are currently listed on the Cinema Treasures site; a few are drive-ins. The site also lists 361 closed theaters in the state; many of those are drive-ins. That number includes the Whitesburg Drive-In in Huntsville, opened in 1949, closed in 1979, and since demolished. At least the people who watched drive-in movies in Clanton still have something tangible left in addition to their memories.

On his LiveJournal site, J.J. MacCrimmon provides a number of photographs of this drive-in that he took in 2011.

Anyone having more info about this site should feel free to comment below! 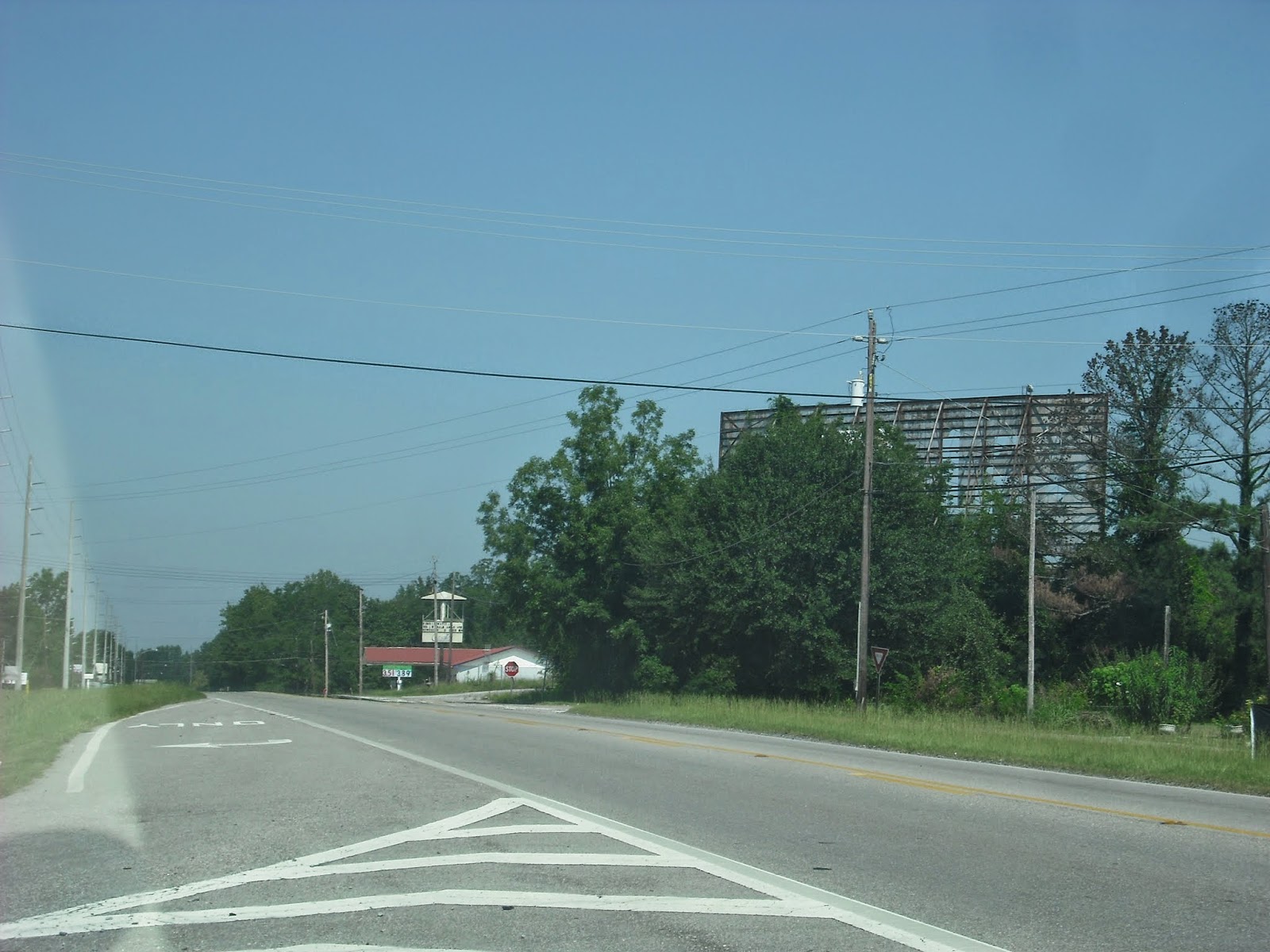 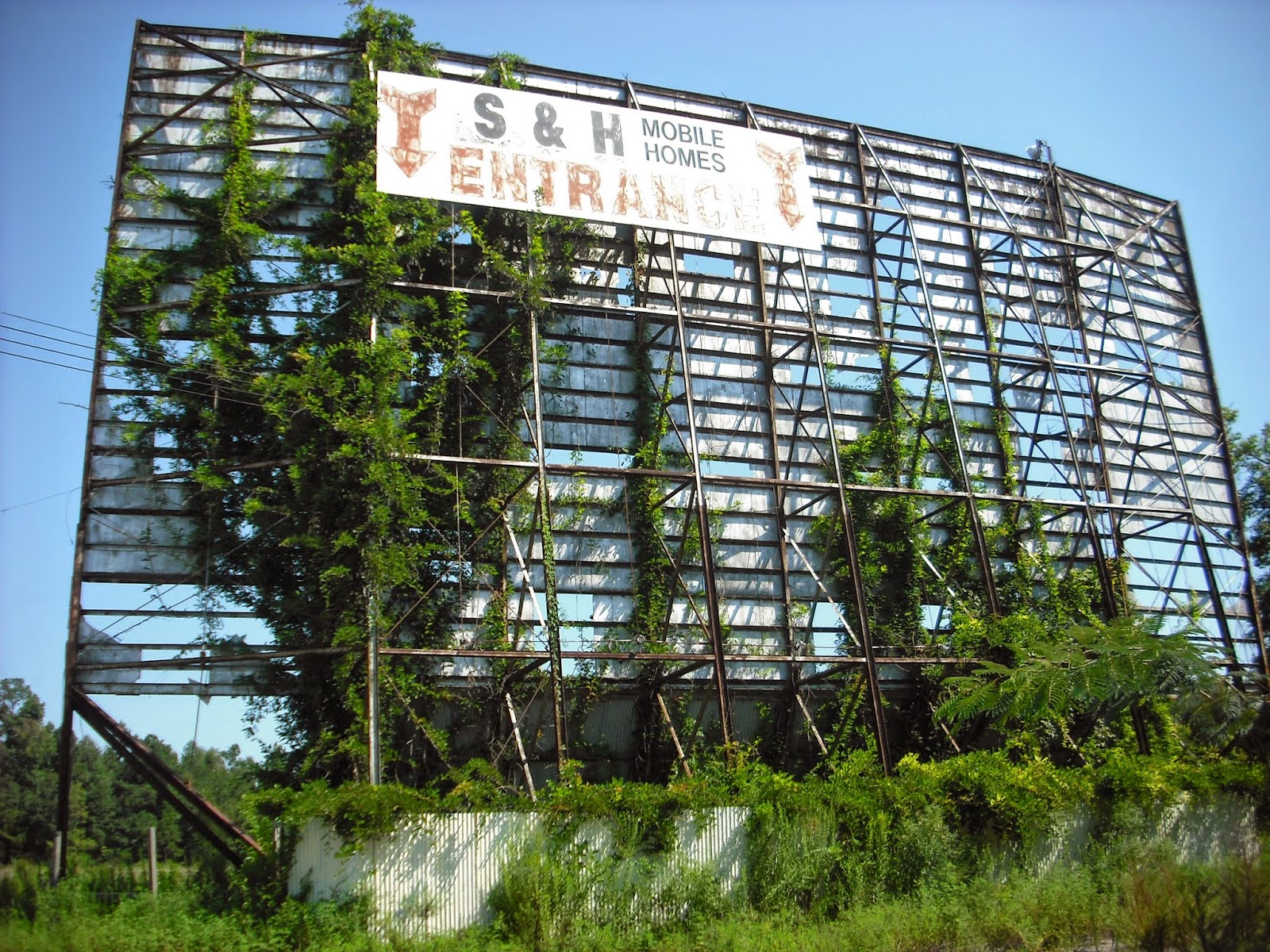 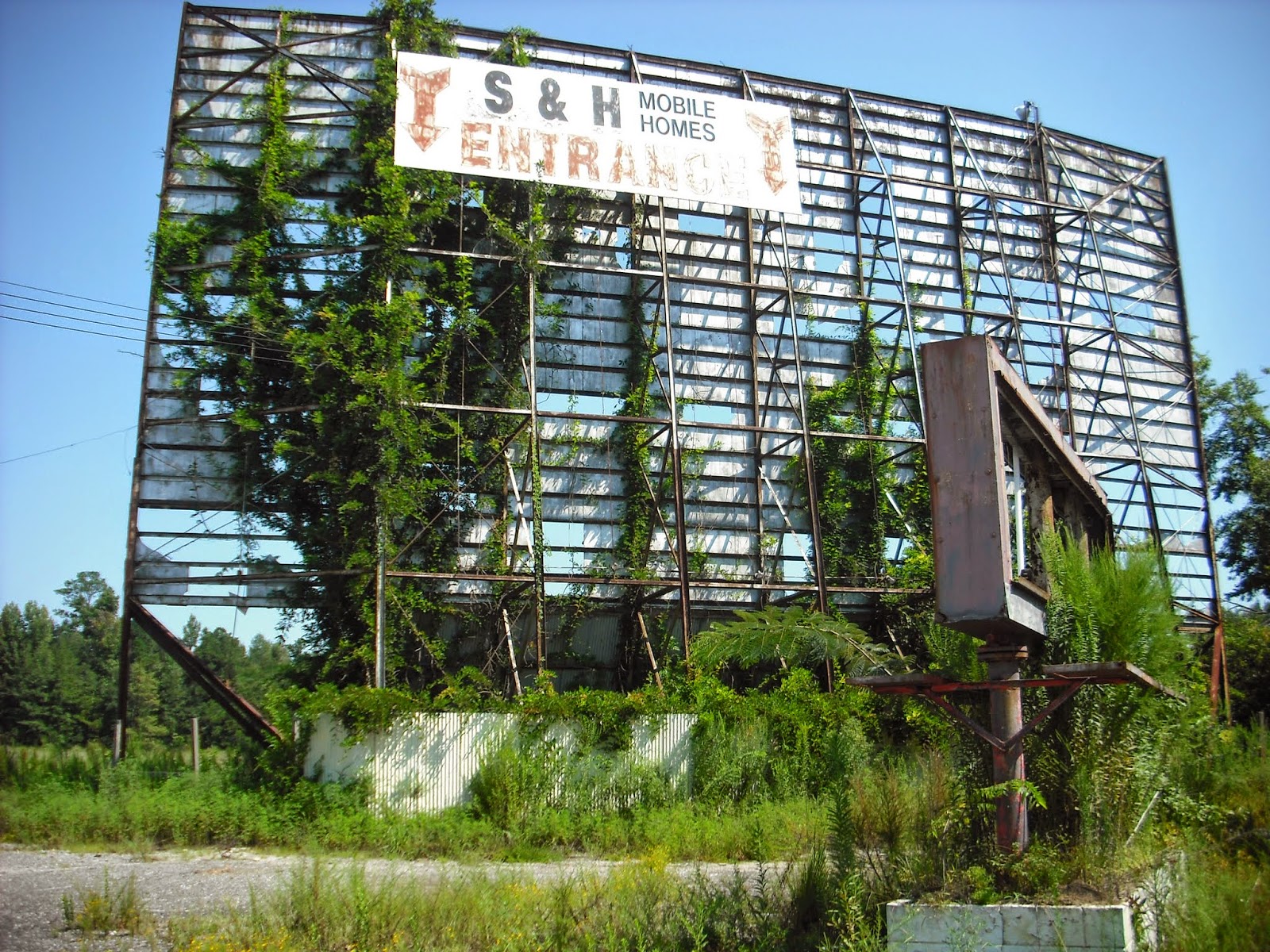 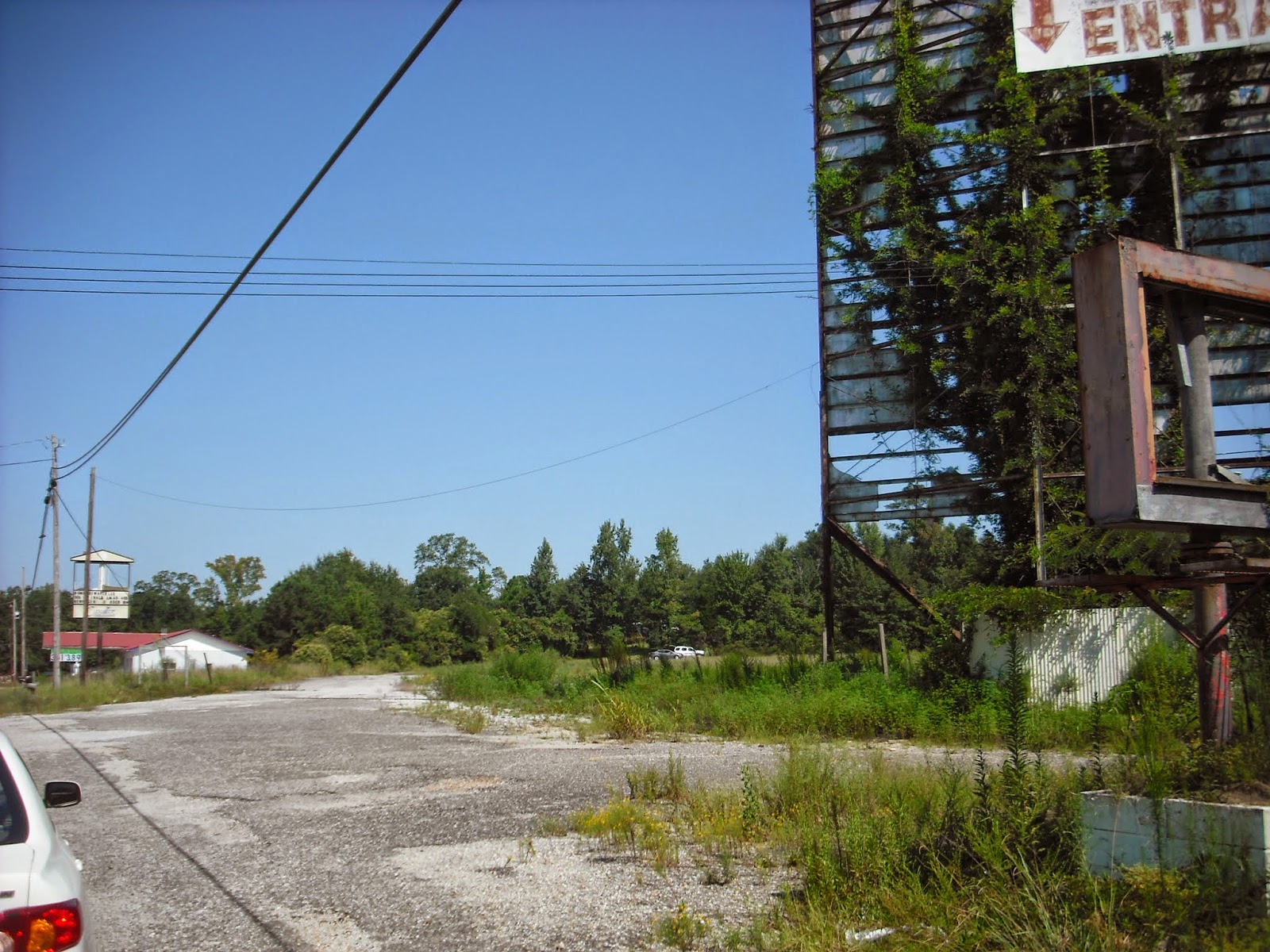 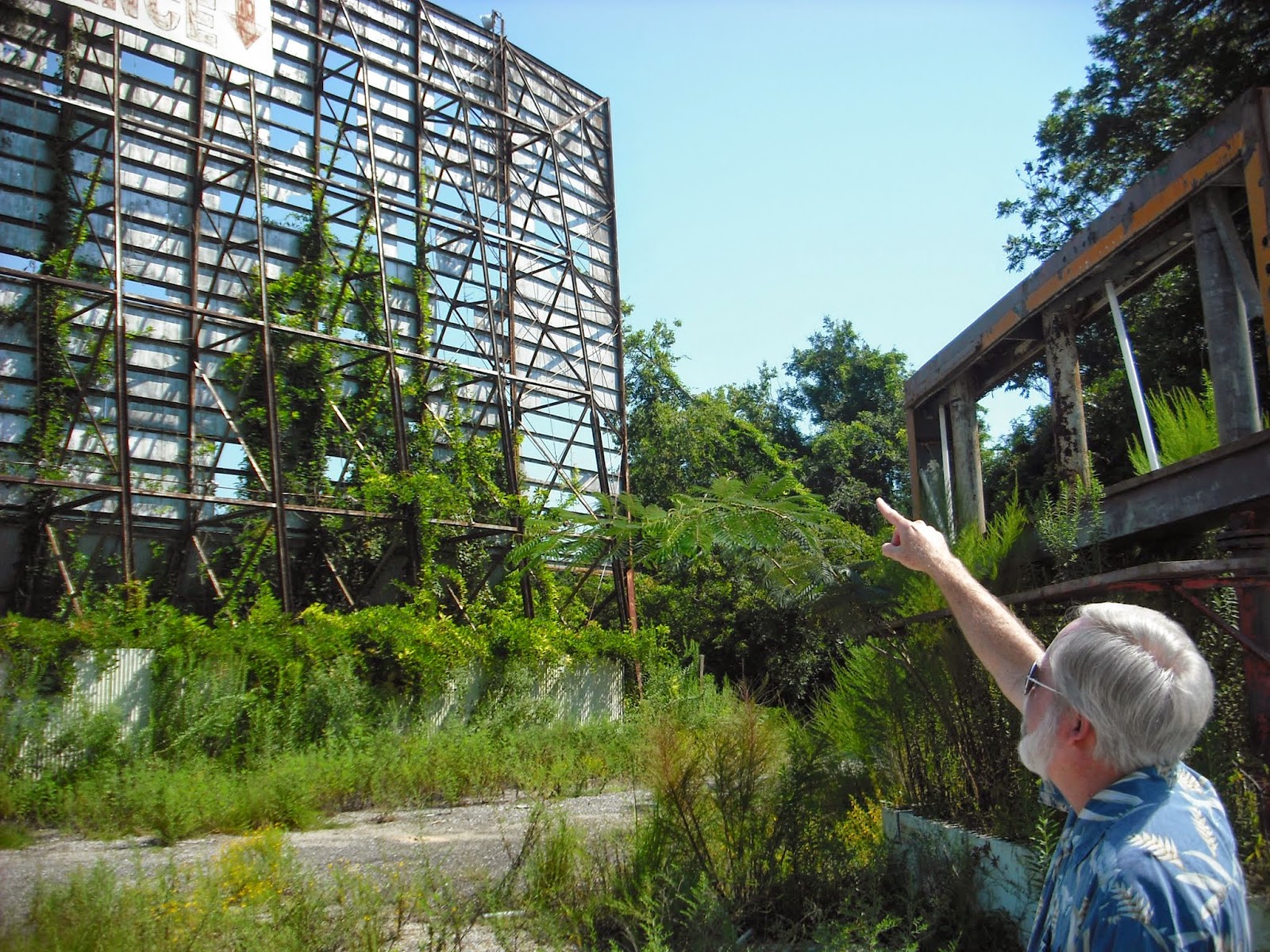 There I am, probably pointing out the obvious. 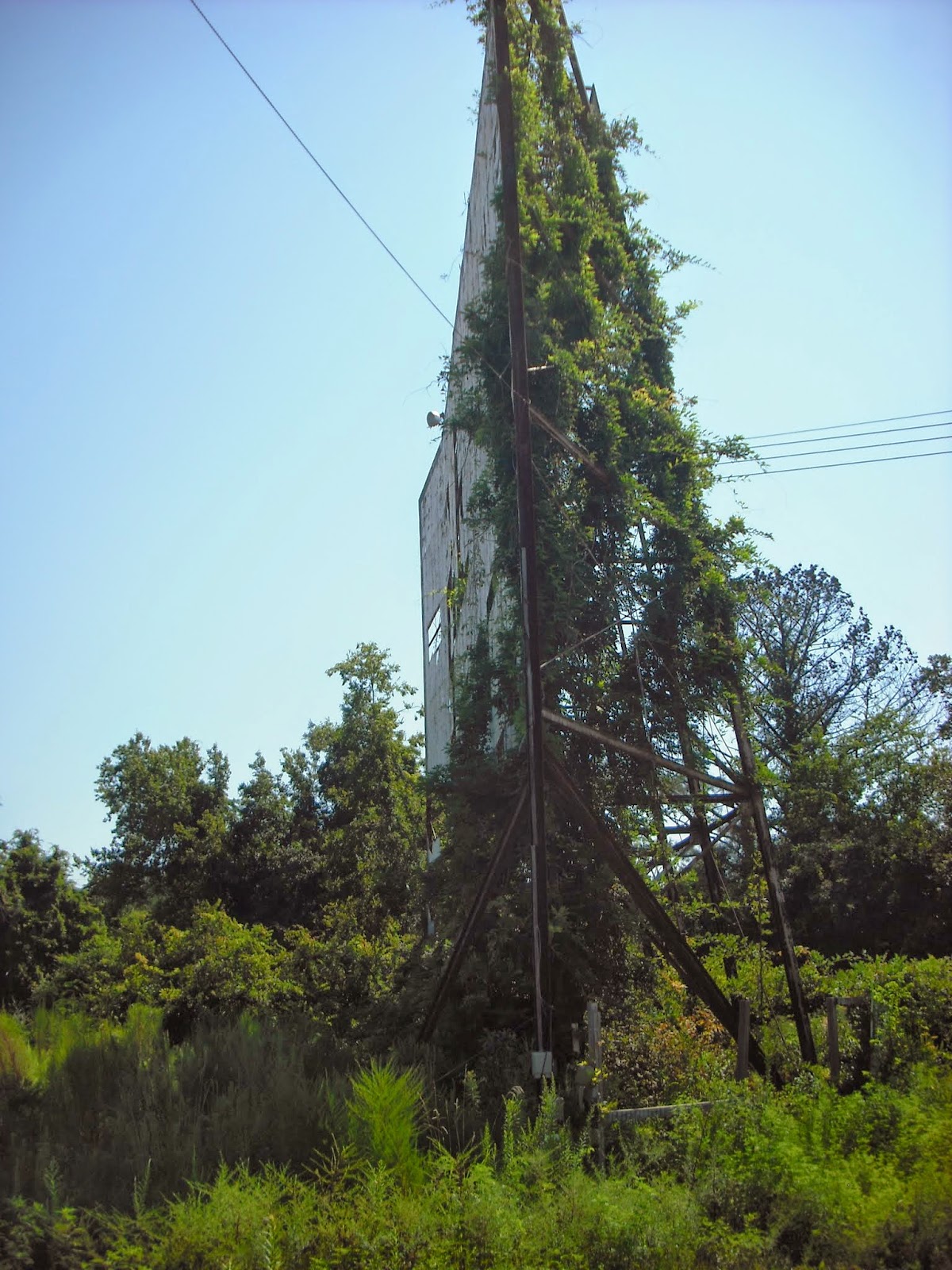 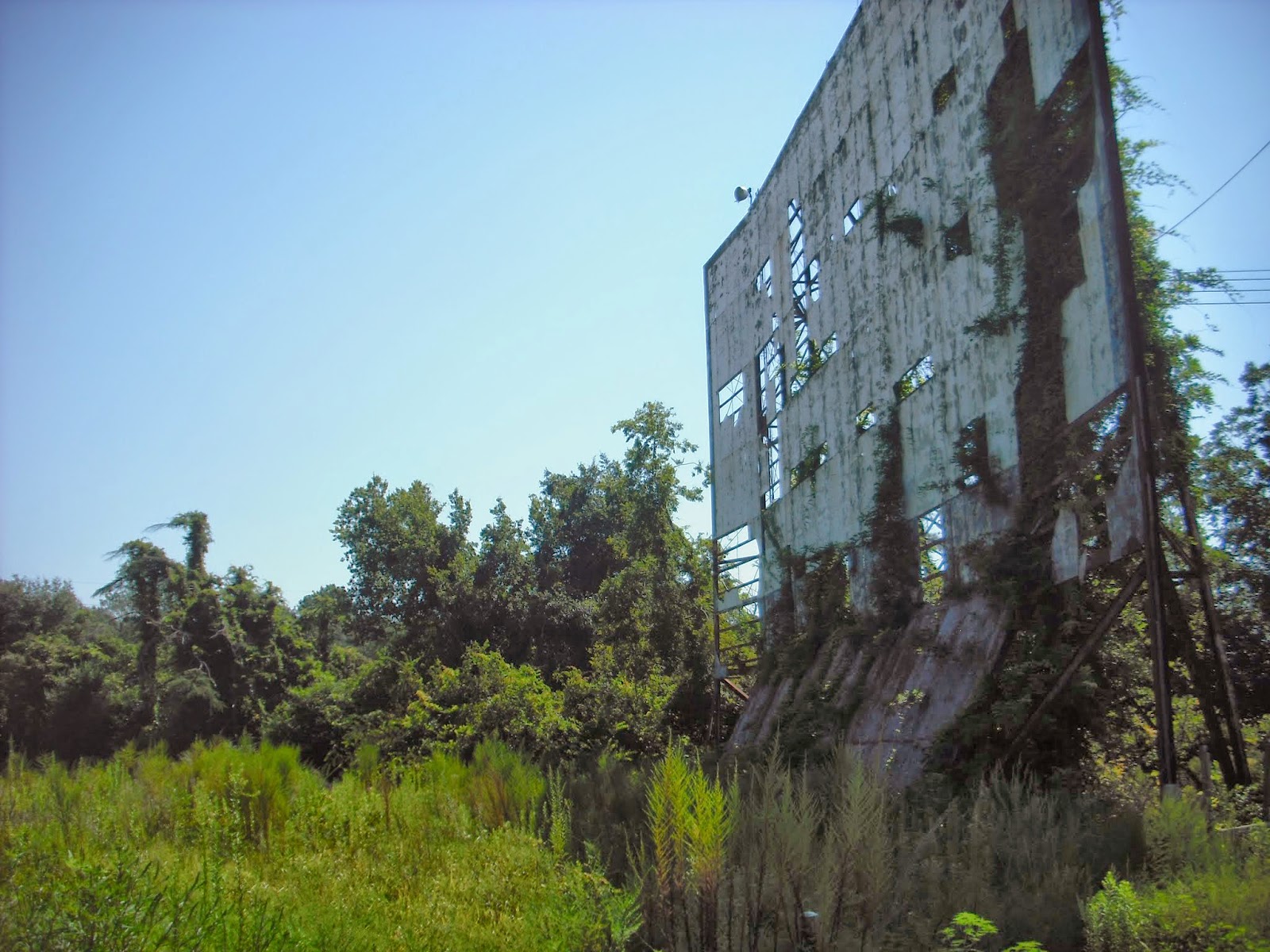 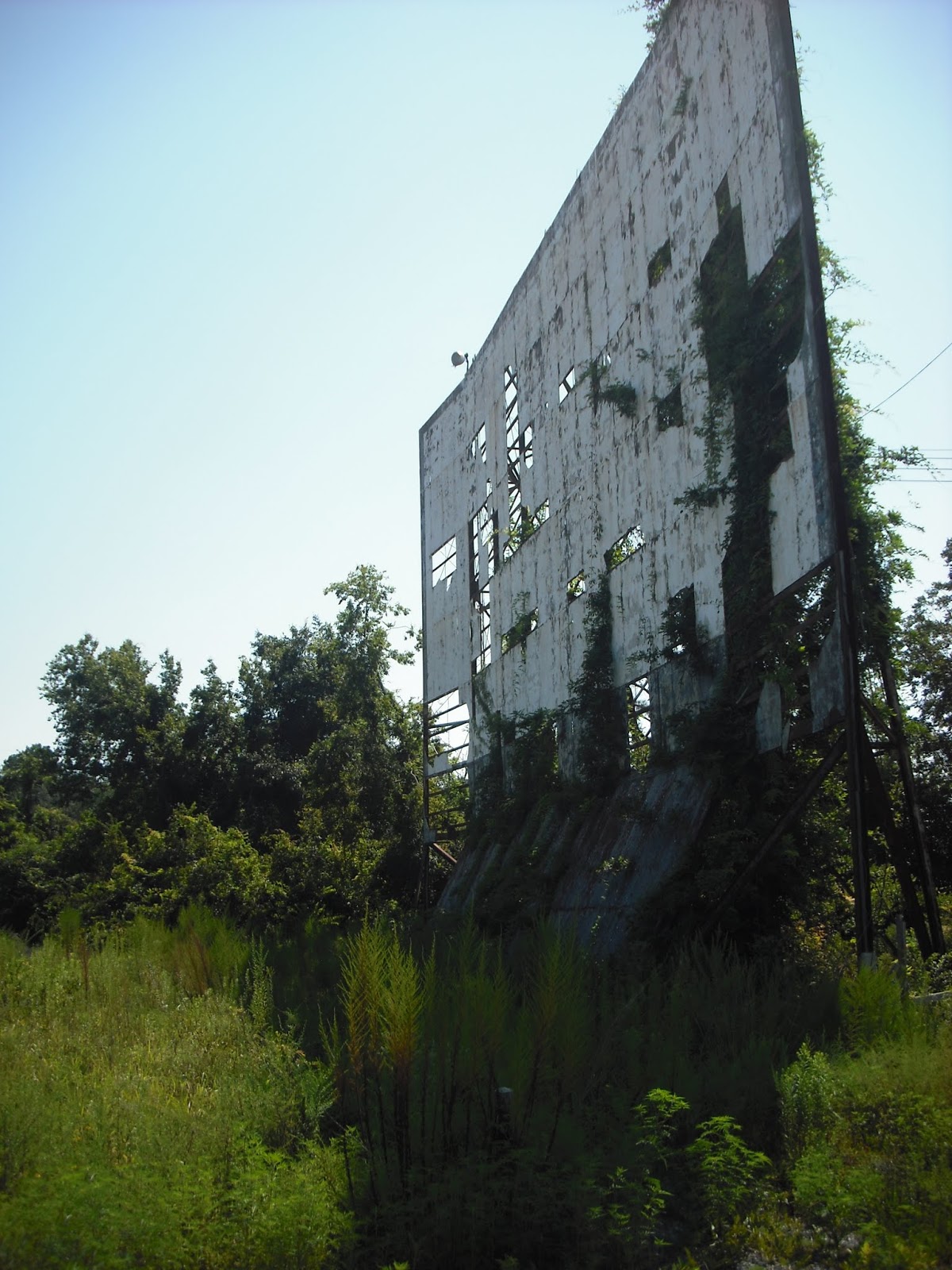 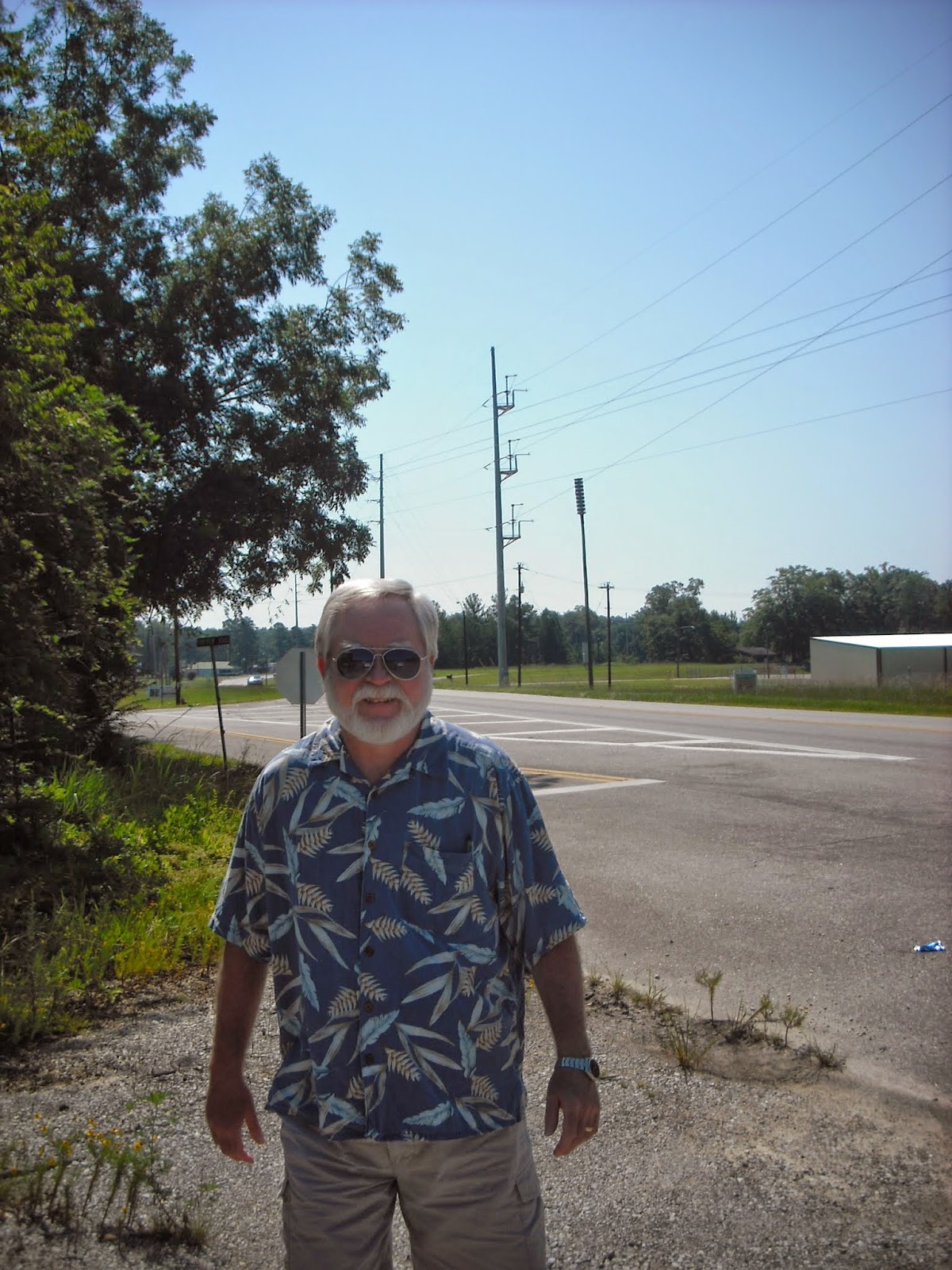 Here I am again, trying to grin in the heat. 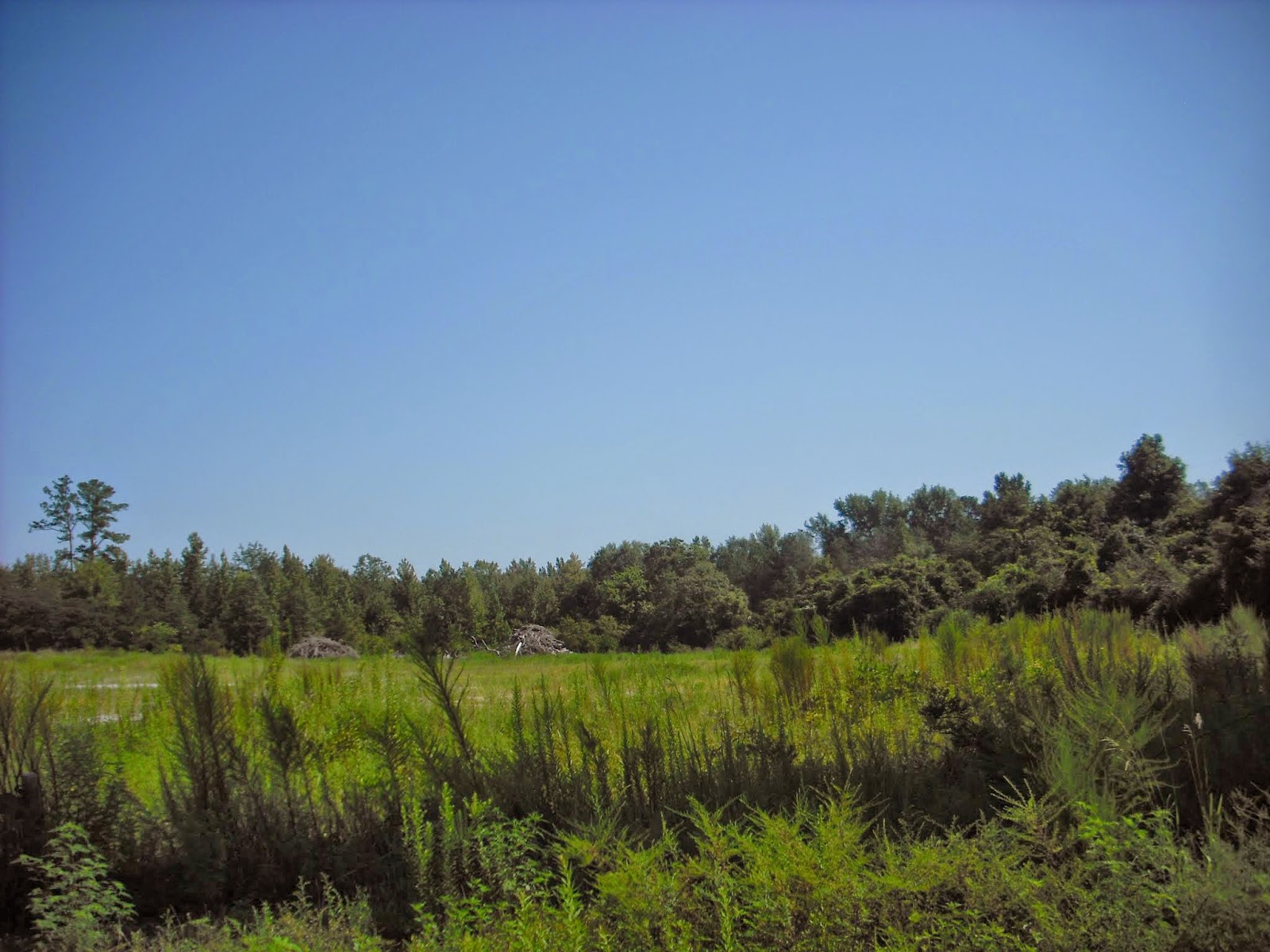 Once a field of Tinseltown dreams, long ago and far away. 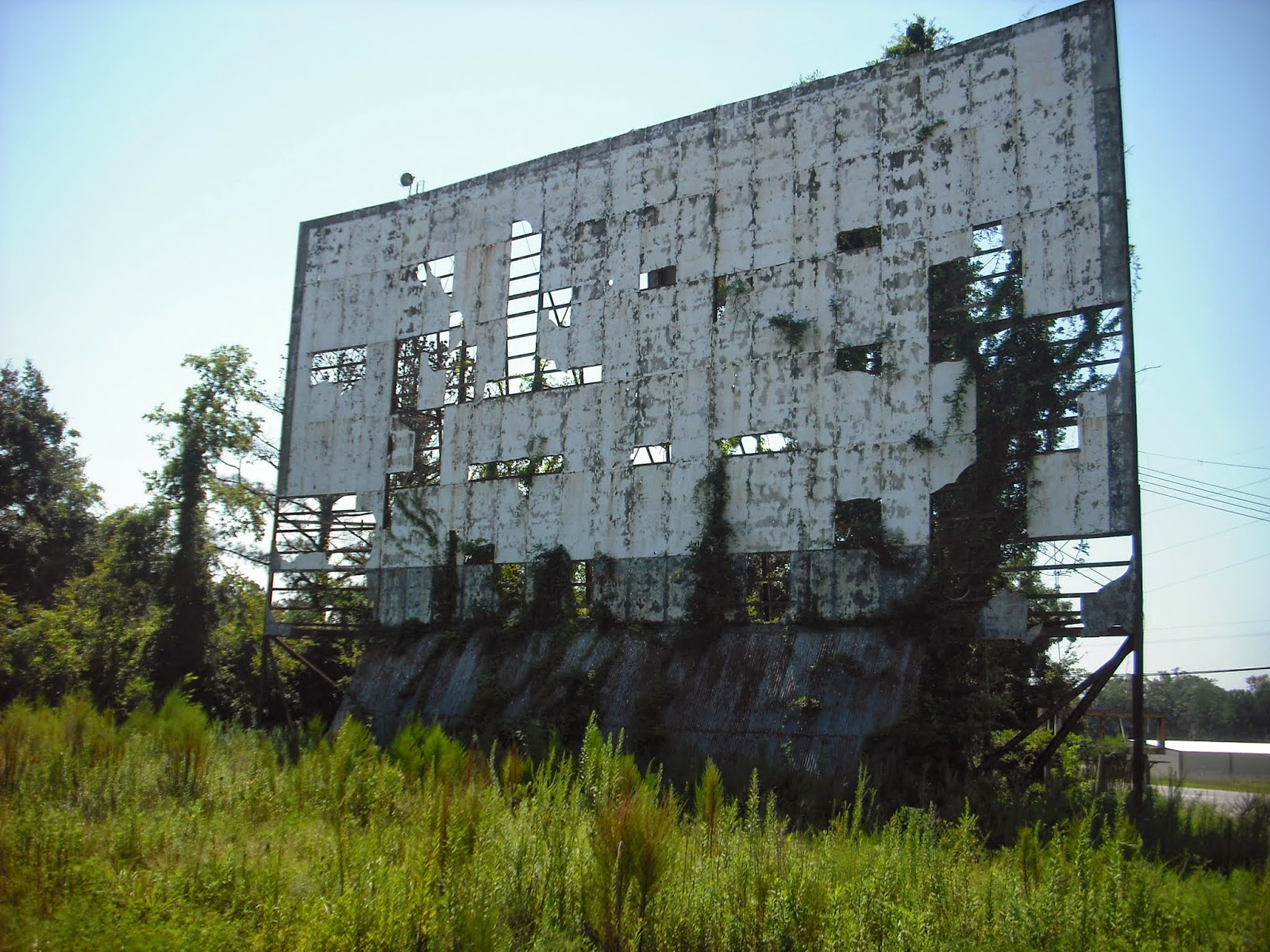 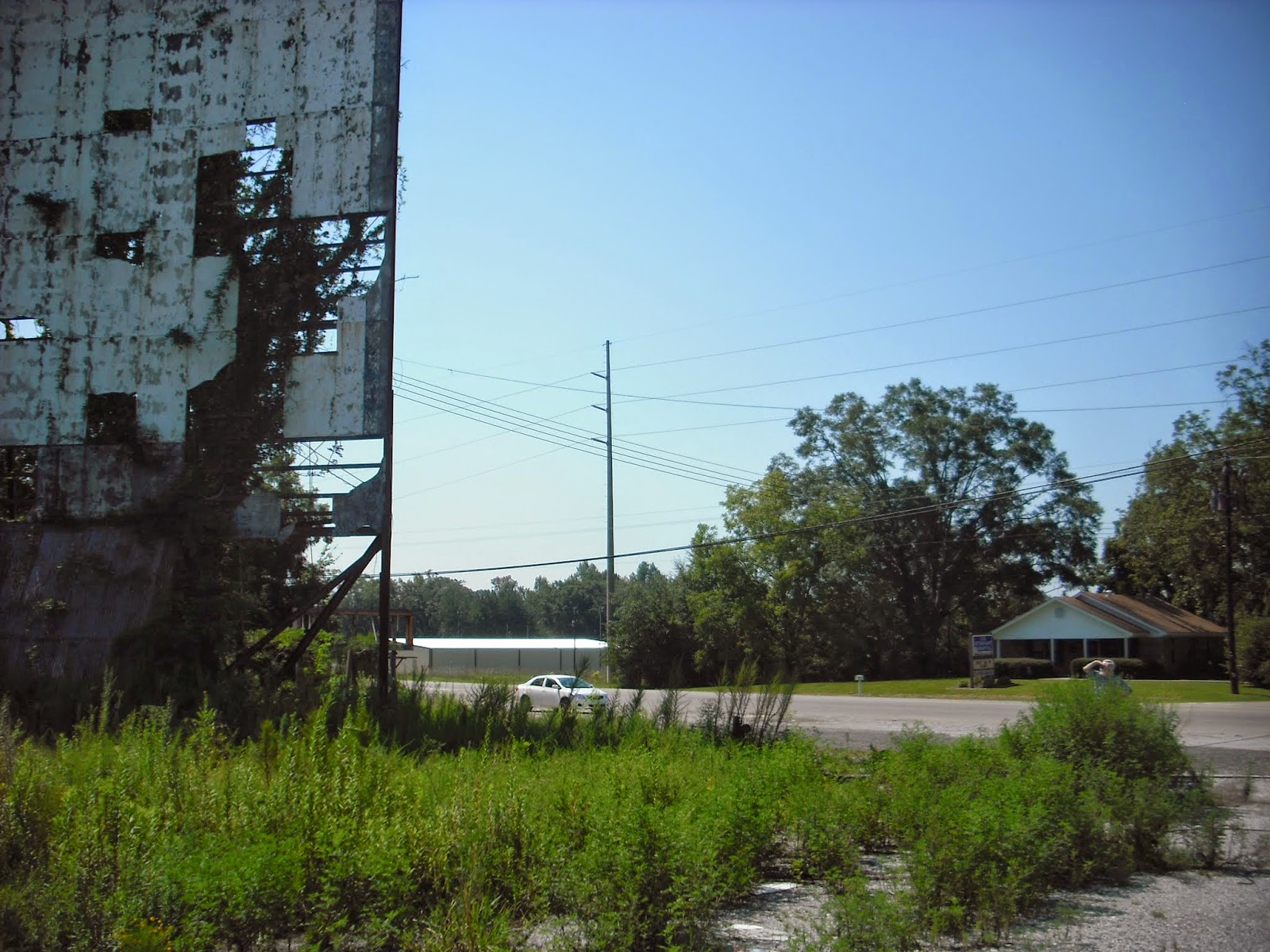 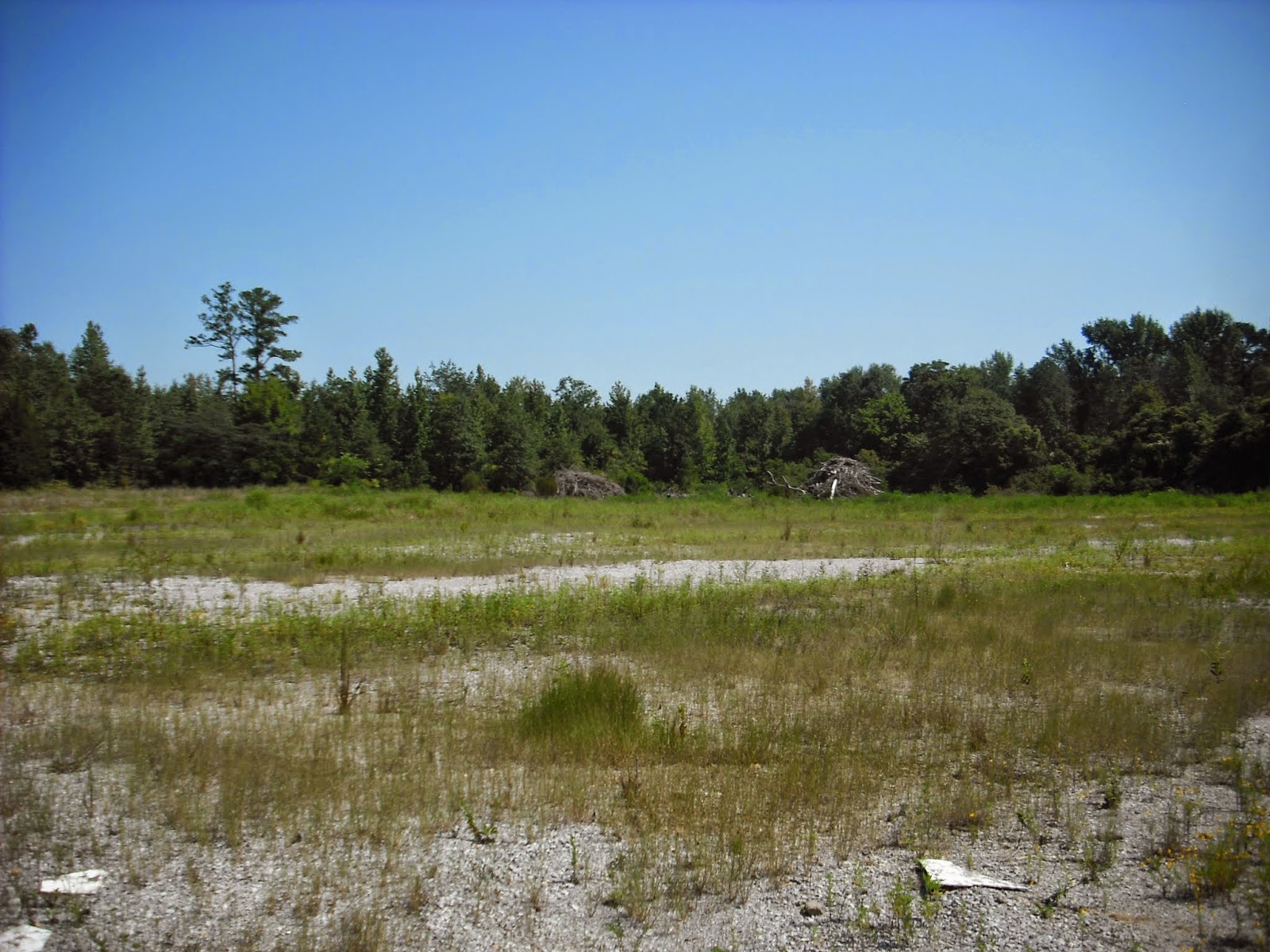 Another view of that field of dreams. 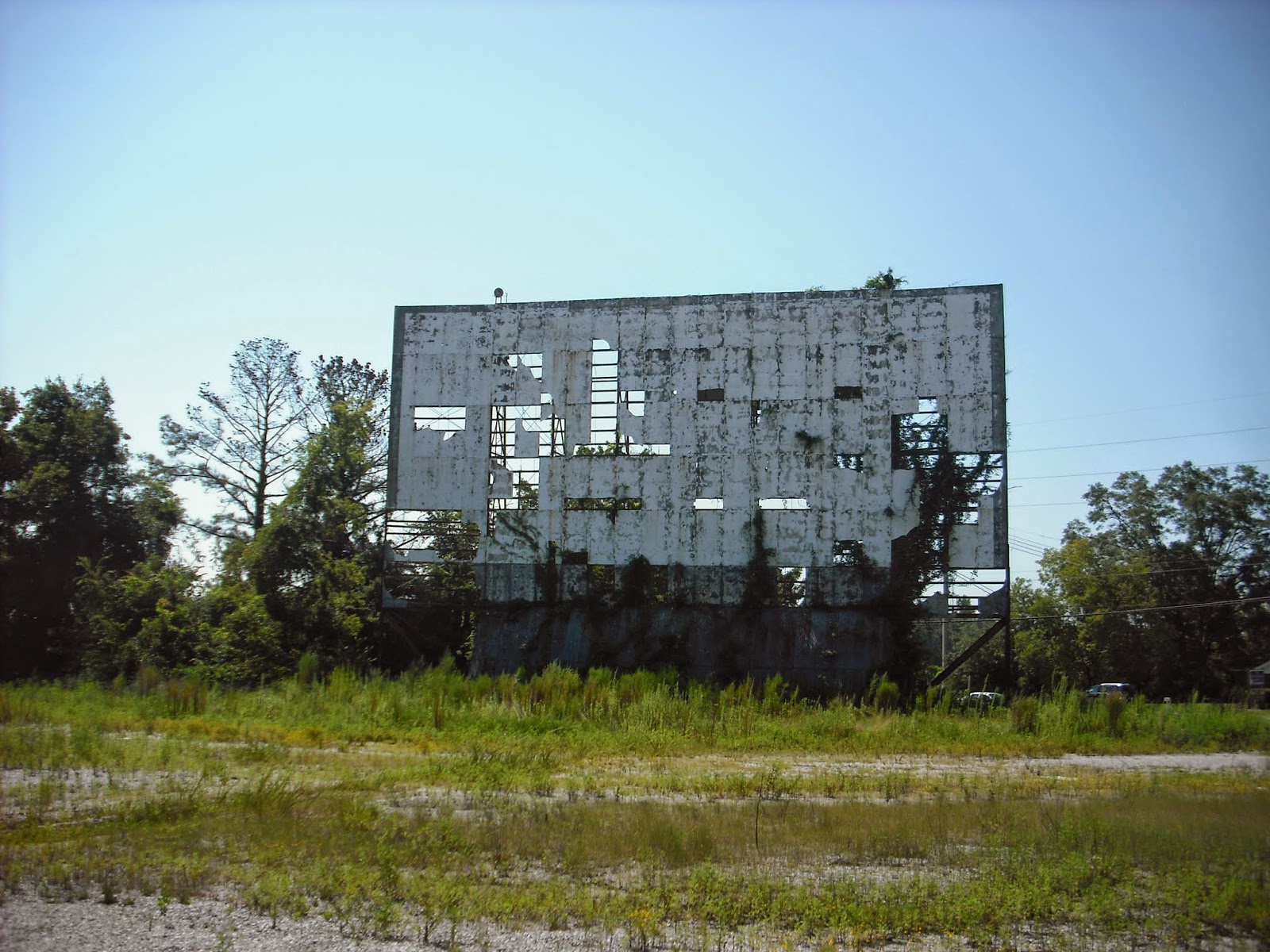 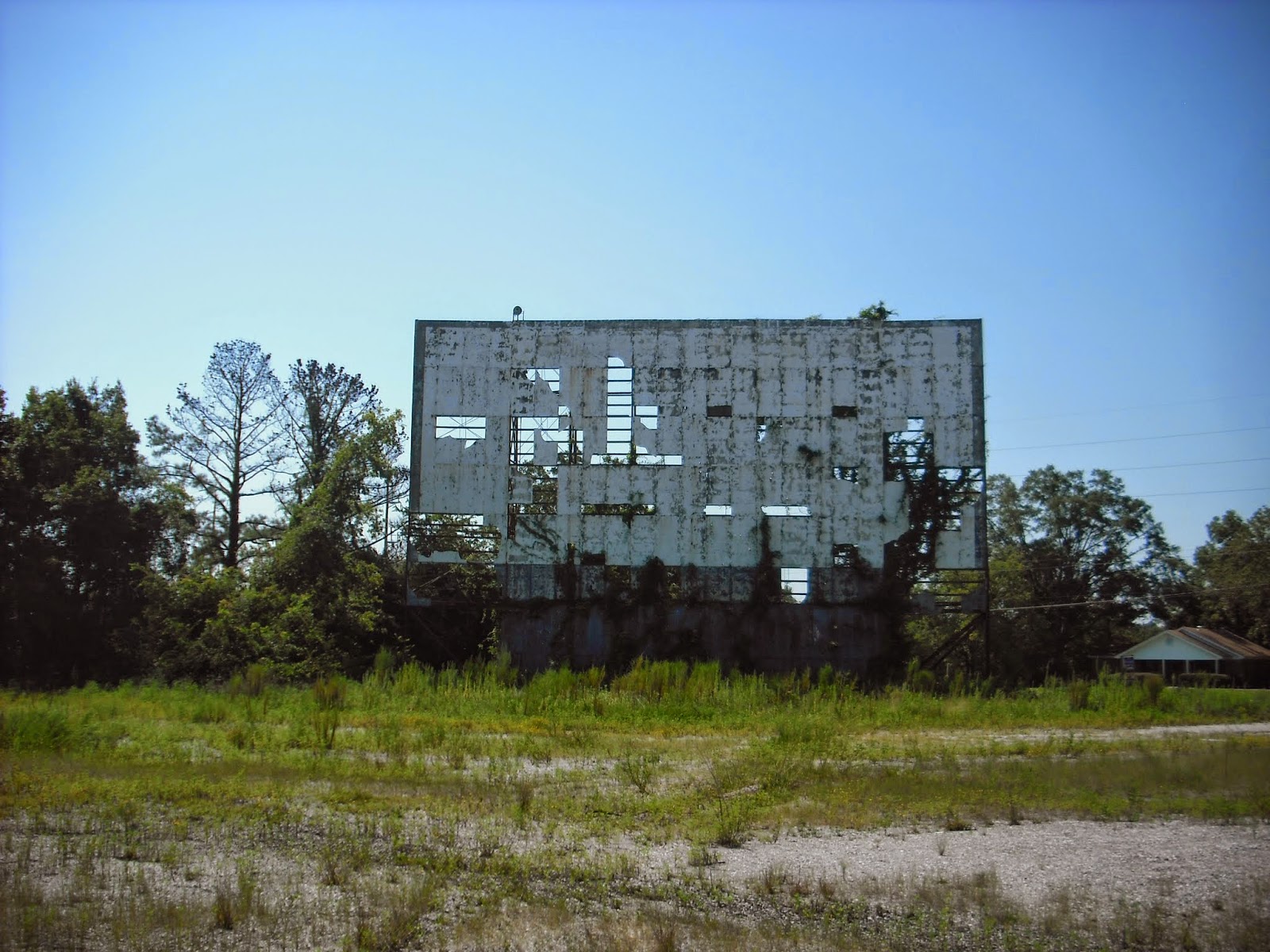 Posted by AlabamaYesterdays at 7:39 AM