Birmingham Photo of the Day (16): Union Station [Terminal Station] in 1908 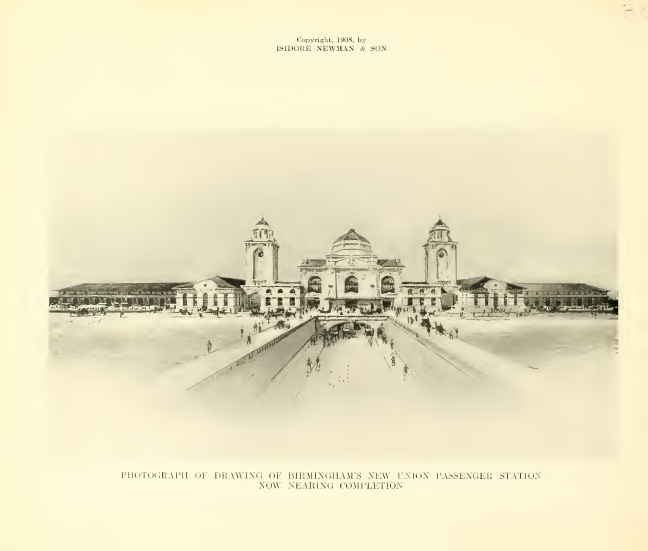 OK, ok, I guess it's technically a drawing, but it's a photograph of a drawing, so here goes. The railroad station opened in 1909 and was known as the Birmingham Terminal Station after the company that operated it. Located on two blocks of what is now Carraway Boulevard, the station was demolished in 1969.

More recent history of the city's railroads can be found in Marvin Clemons and Lyle Key's 2007 book Birmingham Rails: The Last Golden Era from World War II to Amtrak. More information on the Terminal Station can be found in Birmingham Public Library's Digital Collections.

Posted by AlabamaYesterdays at 6:12 AM