Keystone Then and Now 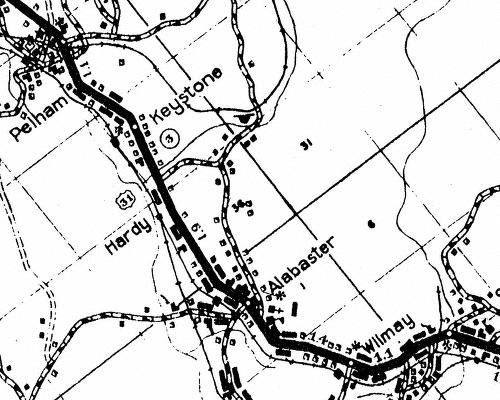 If you asked people in northern Shelby County “What do you know about Keystone?” most who could answer at all would probably mention Keystone Plaza, the shopping strip along U.S. 31/Pelham Parkway at the Pelham-Alabaster line. Yet Keystone was once a thriving little community between those two towns.

In the late 1890s Fred Hardy constructed kilns for a lime plant and named it Keystone Lime Plant. The operation grew and soon enough men were employed that a small community developed around the plant. The place, known originally as Hardyville, included grocery and dry goods stores, a barber shop and the plant’s offices. A post office opened in 1898 and Hardy served as first postmaster.

Hardy soon sold the plant, and by 1904 the post office served a community called Keystone. The plant burned in 1923, but reopened on a limited basis. Mortar was made there during World War II and the entire plant 1965. The community remained but the post office closed in 1972.


The Alabama Almanac and Book of Facts 1955-56 gave a few more details about Keystone. A telegraph office operated in the community at that time. E.L. Purdy was Superintendent of the Keystone Lime Works, Inc., plant; and G.W. Bentley was Foreman. Lime works also operated in the nearby communities of Landmark, Saginaw, Roberta and Pelham.

A 1937 state highway map show communities named Keystone and Hardy between Pelham and Alabaster. I wonder what the story is for Wilmay, south of Alabaster and probably another Shelby County community absorbed by growth. Neither Foscue's Place Names in Alabama or Harris' Dead Towns of Alabama tell us about Wilmay.

The Alabama Official and Statistical Register for 1943 includes a list of U.S. Post Offices in the state as of July 1940. Keystone is one of the offices listed in Shelby County.

Do you know anything? If so, leave a comment below.

15 August 2014: Since this item was originally posted, I've come across another remnant of Keystone. On August 6 the Alabaster Reporter published an article entitled "Keystone Mobile Home Park now fully in Alabaster." Thus the community of Keystone currently survives in the name of a trailer park and a strip mall at least!
3 September 2014: And here's yet another remanant of Keystone on the right as you head south on U.S. 31/Pelham Parkway near the Pelham-Alabaster line: 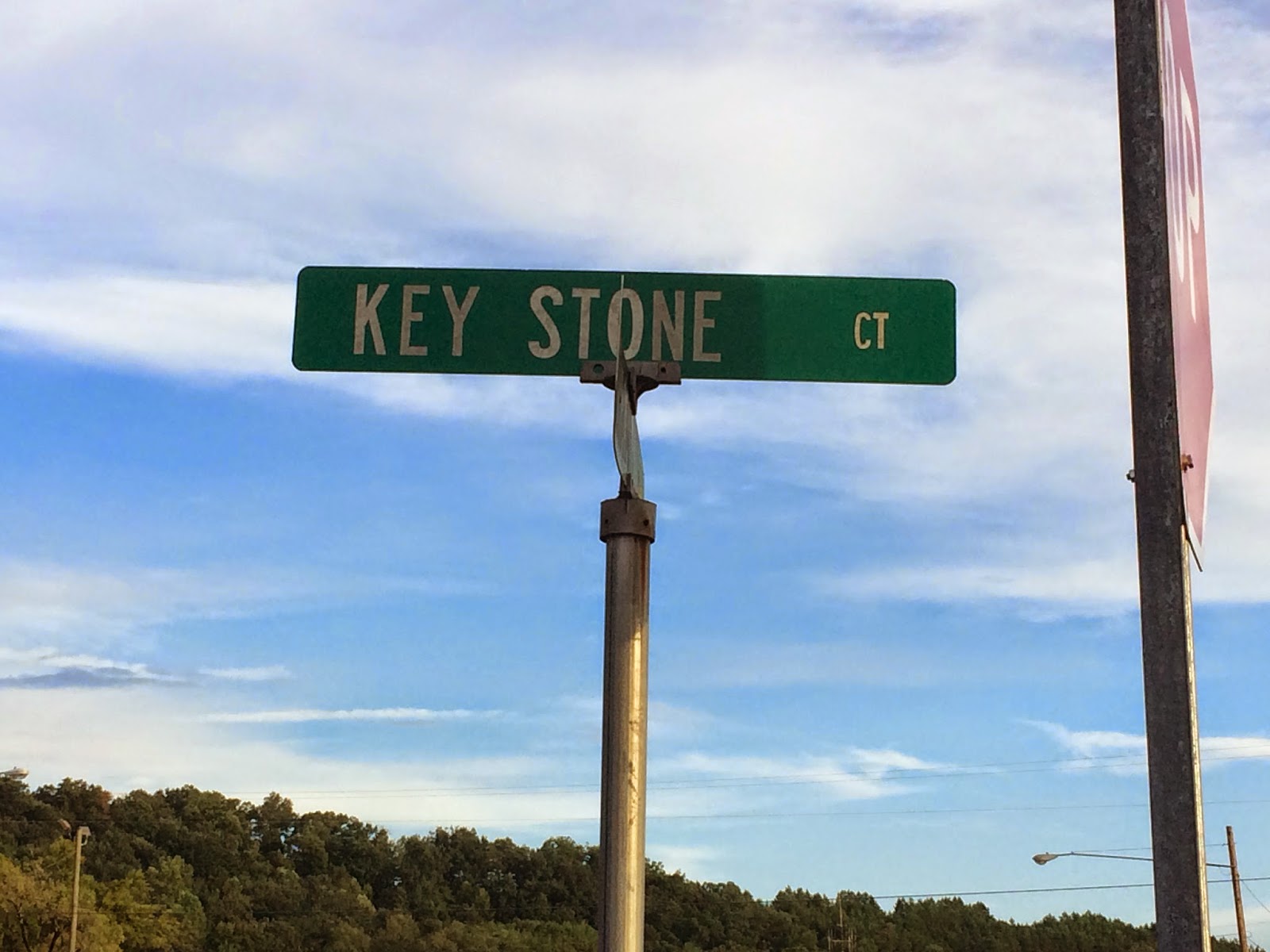 20 July 2016: I've recently been contacted by a member of the Hammond family, who has graciously provided the photographs below from various family members. Thanks to all of you!

18 February 2018: The Shelby County Historical Society Quarterly Newsletter in its November 2017 issue [Volum19, Number 4, pp. 1-2] reprinted an article from the September 7, 1908, issue of the Columbiana Sentinel, "Keystone Lime Company's Plant One of the Greatest of its Kind in all the Southern States Keystone, Alabama". The article includes a photograph of what appears to be the company's office building. The article notes the company employs 155 people and has "a private telephone line to Siluria, Saginaw and Maylene." 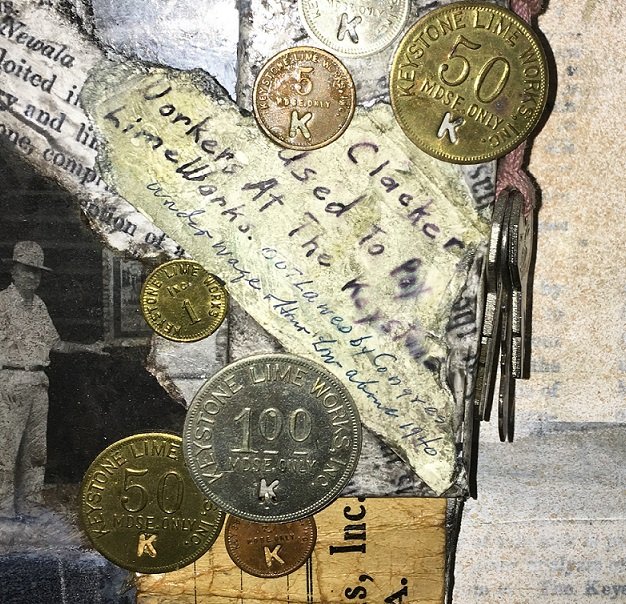 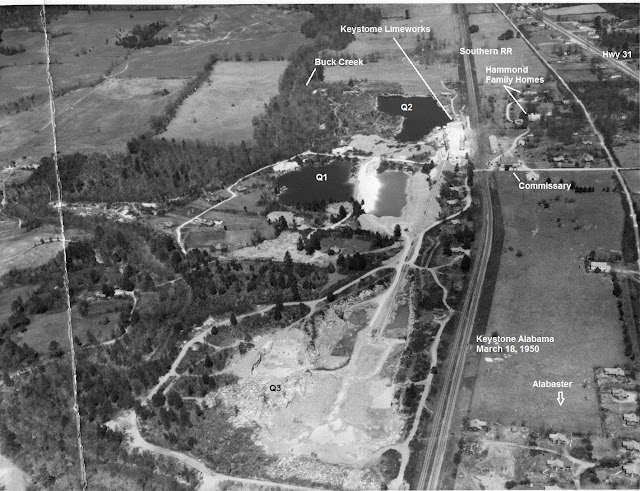 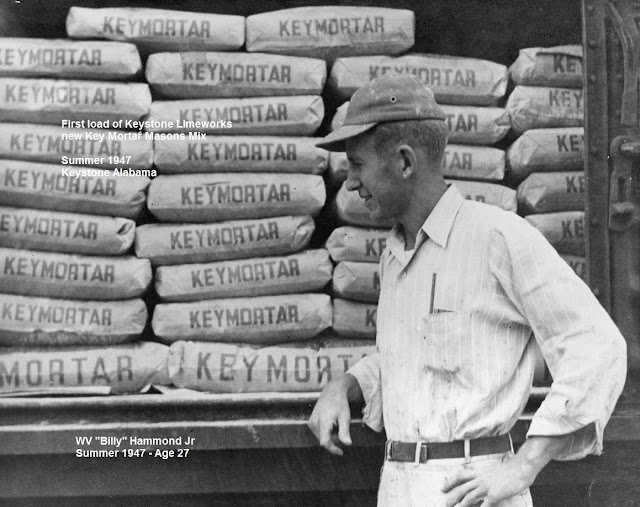 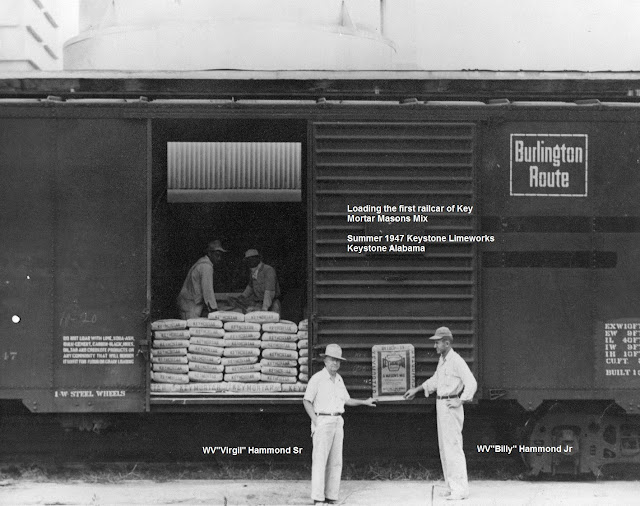 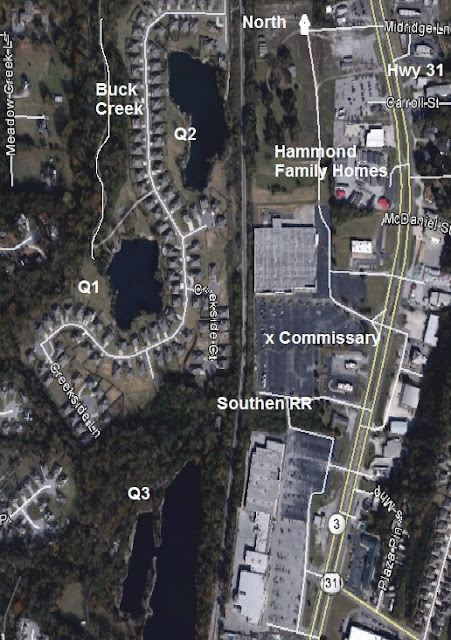 Posted by AlabamaYesterdays at 5:59 AM