Several years before her death in 1997, my paternal grandmother Rosa Mae Wright of Gadsden, Alabama, gave me a small bound book measuring 4.75 inches high, 3 inches across, and 1.5 inches thick. This little gem is The Baptist Psalmody: A Selection of Hymns for the Worship of God. The book has 772 pages and contains the words of 1295 hymns in a very small font. An index of first lines is also included at the beginning of the book. The book is in fairly good condition, although the front cover has begun trying to free itself from the rest of the binding.

My copy has an inscription written in pencil on the inside of the first blank page. “Mrs. Anna Wright’s Book Presented by Owen Swindall Jan. the 16th, 1883,” it says. The woman is Anna Swindall Wright (1856-1949), who along with her husband Thomas C. Wright are my paternal great-grandparents who had married just the previous November. Owen is no doubt a relative of Anna’s, but I have yet to identify him despite what our family knows about Swindall genealogy.

This Baptist Psalmody was published in 1850 and compiled by Basil Manly and his son Basil Jr. The father was 52 years old and the son just 25 at the time. The book was the Southern Baptist Convention’s first collection of hymnals. In his 2004 dissertation on Manly Jr.’s hymnological contributions, Nathan Platt notes that it “remains the most comprehensive collection of hymns ever produced by Southern Baptists.” The Southern Baptists had formed only five years earlier; Manly Sr. was heavily involved in that effort.

The father served as pastor of the First Baptist Church in Charleston, South Carolina, from 1826 until 1837. During that period he helped start Furman University. In 1837 he became the second president of the University of Alabama, and the family moved to Tuscaloosa. Manly Jr. graduated valedictorian from that institution in 1843 when he was 18. He began theological studies in Boston at the same time the American Baptist Publication Society issued a brand new hymnal, The Psalmist. That publication met with little success in the South because of its changes, abbreviations and omissions of many familiar hymns.

Despite the existence of earlier regional hymnals, The Alabama Baptist newspaper called for a new one in 1844; and a few years later the Manlys were approached about compiling such a hymnal. They agreed, and in October 1849 advertised in The Alabama Baptist their intention to publish a collection for Southern Baptists that would restore the old hymns.

Manly Jr. had finished his studies in the North and returned to Tuscaloosa in 1847 to become a circuit riding preacher at several churches in west Alabama. He did most of the actual work on the new hymnal and made final revisions in the summer of 1850.  The eclectic selections include 318 hymns by Isaac Watts, 58 by John or Charles Wesley and others by Congregationalists, Episcopalians, Independents, Lutherans, and Presbyterians. Their compilation included 472 hymns not included in The Psalmist. The work also contains hymns written by Manly Jr. 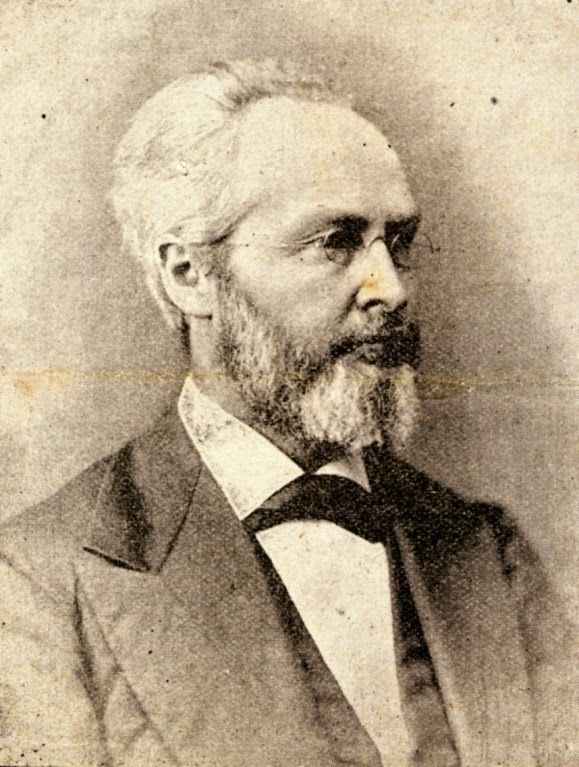 Basil Manly, Jr. (1825-1892)
Image is from Our Home Field newspaper February 1892
My source is the Furman University Library

The Baptist Psalmody was generally well-received in the South, and in 1877 Manly Jr. estimated that more than 50,000 copies had been sold. The work seems to have been issued by both the Southern Baptist Publication Society in Charleston, South Carolina; and Sheldon and Company in New York City. The copy I have indicates the latter publisher. Manly Sr. died in 1868. His son continued to contribute to Baptist hymnology with several other publications until his death in 1892.

The legacy of Manly Sr. is problematic. He was an important figure in both religion and education in the South. In addition to the achievements already mentioned, he pastored several churches in South Carolina and Alabama, helped found Judson Female Institute in Alabama [which still exists as Judson College, one of the oldest women’s colleges in the U.S.] and the Alabama Historical Society. Manly also owned many slaves on his Alabama plantation and passionately supported the Confederacy; he delivered the opening prayer at the inauguration of Jefferson Davis. Manly Hall was built on the UA campus in 1885 in his honor; today it houses the Department of Religious Studies and the Department of Gender and Race Studies.

I don’t really remember seeing this book in my grandparents’ house during the many times I visited from the 1950s until the mid-1990s. My grandmother may have kept it in a drawer of precious things from her husband’s side of the family. I’m not sure now why she gave it to me, and I have no memory of that event. She did know of my love for old books. Maybe she thought it would put me on the path to right thinking after being raised as a Methodist.

My grandmother and grandfather Amos J. Wright, Sr., were people born at a time—1900 and 1894 respectively—when the world of The Baptist Psalmody was about to undergo great cultural change. The hymns sing of “Great God, how infinite thou art” and “How shall I praise the eternal God”—issues raised for millennia. My southern grandparents would see the coming of the automobile, the telephone, motion pictures silent and sound, computers, many wars and many wrenching social changes. By giving me that book my grandmother really handed me a little piece of the good and bad from a much older world.

Posted by AlabamaYesterdays at 9:50 AM