A great resource for anyone interested in Alabama maps is the online Historical Map Archive at the University of Alabama, which draws on map collections from various libraries and archives around the state. I've recently been exploring many of the maps there and would like to highlight some on a regular basis on this blog.

The two images below are taken from a 1917 soil survey map of Shelby County from the U.S. Department of Agriculture. The National Cooperative Soil Survey began in 1899 and continues today; maps have been issued for counties in every state. The surveys are a cooperative effort of governmental and private agencies to study and publish information about soils in the U.S.

On this map we can see near Pelham familiar features such as Little Oak Ridge and the Cahaba River, the railroad to Birmingham and Helena to the west. If you really zoom in around the word “Pelham”, you can see a few structures of the town, three of which have crosses to indicate churches.

Still to come are Pelham’s appearances on a 1926 road map of Shelby County and a 1928 state highway map. After those maps I'll move on to some of the other riches in this collection. 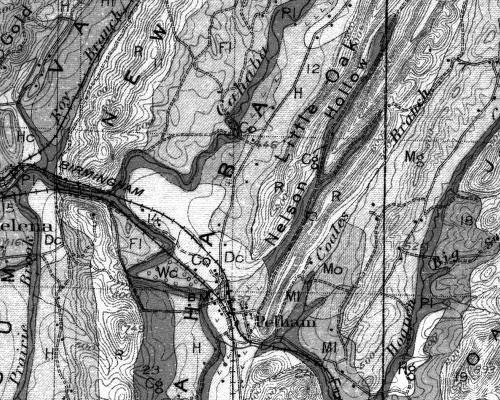 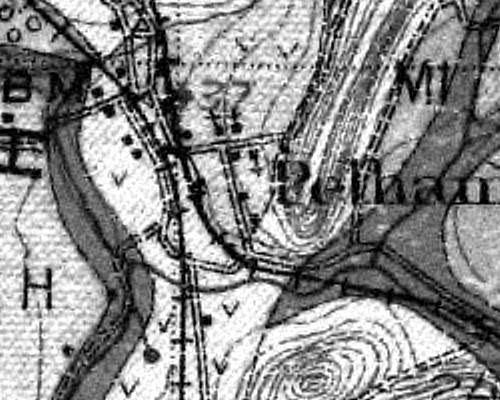 Unless otherwise noted, maps discussed in this series are available via the online Historical Maps Archive based at the University of Alabama in Tuscaloosa.
Posted by AlabamaYesterdays at 5:46 AM