For many years now the Ringling Brothers Barnum & Bailey Circus has appeared in Birmingham for a stand in late January. That circus has a long history that began in 1919 when the circus of P.T. Barnum and James Bailey merged with the Ringling Brothers Circus. This combined “Greatest Show on Earth” continues to thrive as it travels the United States and Mexico each year. 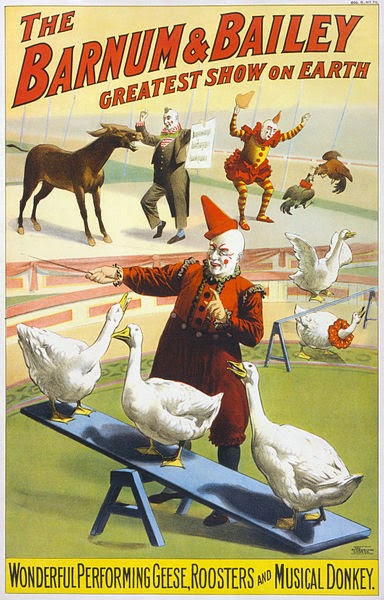 Over the decades many other types of spectacular entertainments have visited the city. In the late nineteenth and early twentieth centuries several different wild west shows came through Birmingham. These performances combined elements from the circus and vaudeville with a setting in the American West of the post-Civil War period. A number of men and women who had lived and worked in that time and place, becoming famous in the process, toured with these shows.

Perhaps the best known was Buffalo Bill’s Wild West. Beginning in 1868 William “Buffalo Bill” Cody was a civilian scout for the U.S. Cavalry and in 1872 won a Medal of Honor for gallantry. In December of that year Cody appeared in Ned Buntline’s show “The Scouts of the Prairie” in Chicago. After a decade with Buntline, Cody began “Buffalo Bill’s Wild West” in Nebraska and toured various incarnations throughout the U.S. and Europe until the eve of World War I. Cody died in 1917.

Cody’s shows were a grand spectacle combining many elements. Well-known individuals such as Annie Oakley, her husband Frank Butler, Calamity Jane and Sitting Bull performed. Scenes of western history such as Custer’s last stand, rides of the Pony Express, stagecoach robberies and attacks on wagon trains were included. As the show grew more elaborate, riders, horses and costumes from Turkey, South America, Mongolia, Arabia and other exotic places were added. In many cities the show’s arrival was announced with an elaborate parade before the first show. 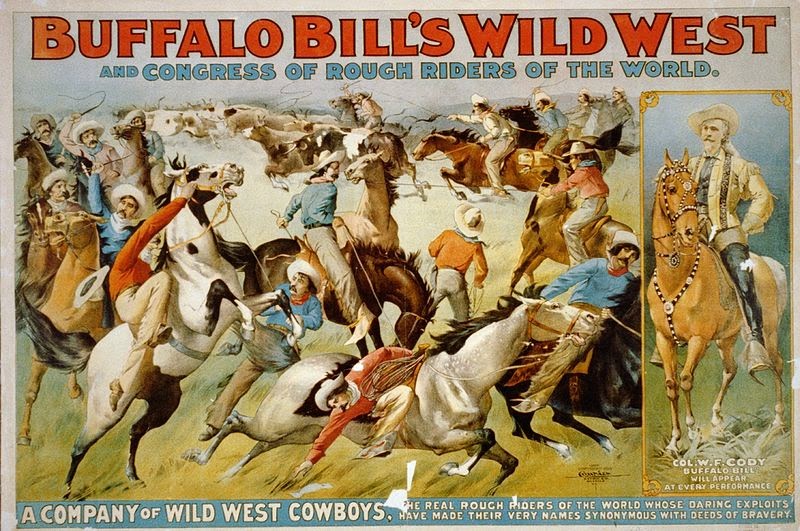 Other portions of the show re-enacted battles in the Boer War in South Africa and the Boxer Rebellion in China; scenes of the Canadian Mounted Rifles; and the U.S. Life Saving Service. Thus Cody kept the show updated with recent events that were appropriate to his format. Advanced tickets were sold at Norton’s Drug Store.

By his 1909 appearance Cody’s show had combined with that of another wild west veteran, Pawnee Bill. Tickets were available at the Crystal Palace Drug Store. This version also appeared in 1911 and 1913 and in Tuscaloosa in 1912. Opelika saw Cody’s show as early as 1880, and again in 1901 [along with Gadsden] and 1907.

Gordon “Pawnee Bill” Lillie began working at the Pawnee agency in Indian Territory at the age of 19. He joined Cody’s show as an interpreter in 1883.  After his marriage he and wife May began their own touring show, Pawnee Bill’s Historic Wild West. In 1908 he and Cody merged their shows. Lillie died in 1942, but his legacy continues at his former buffalo ranch near Pawnee, Oklahoma, which houses a museum and hosts various events. The show wintered in Birmingham in 1905-06. 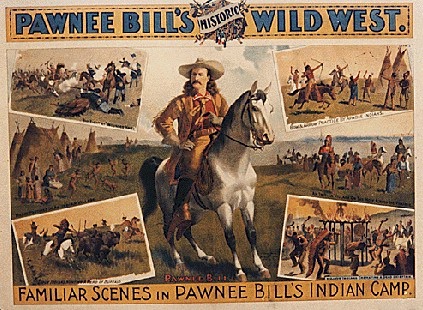 Another western show is known to have stopped in the Magic City during this period. The Kit Carson Buffalo Ranch Wild West Show wintered here in 1913-14.  Later in 1914 the show ended in Kentucky with complaints of cheating and claims by creditors.

A traditional circus, the Sells and Downs Shows, wintered in Birmingham after ending its 1905 run in Sylacauga. Ticket receipts were stolen, and the company had to hold an auction of animals and equipment at Smith’s Park in January 1906. The items were purchased by James Bailey, of Barnum and Bailey, and put the production back on the road as part of the Cole Brothers Circus.

Sources used for this article included BhamWiki and Wikipedia.

This piece first appeared at DiscoverBirmingham.org in May 2014.

Posted by AlabamaYesterdays at 5:24 AM