This blog is subtitled "Random wanderings through Alabama history" and here's another of those simply random posts to go along with the Alabama Pizza Pasta shop in London and Alabama natives at the Garden of the Gods in Colorado. At least this post covers material actually IN the state of Alabama and bits of history natural and man-made.

The South has two giant peaches visible as you zoom by on the Interstate. One is the Peachoid in Gaffney, South Carolina, visible on I-85 between exists 90 and 92. This tower is 135 feet tall and holds about a million gallons of water. The Chicago Bridge and Iron Company built the structure in 1981.

Wife Dianne and I recently visited Alabama's giant peach when we were in the Clanton area. That city's tower is 120 feet high and holds half a million gallons of water. The tower was constructed in 1992 and like its South Carolina counterpart uniquely advertises the importance of peaches in the local economy. Located just off Exit 212 on I-65, the tower was also built by the Chicago Bridge & Iron Company. 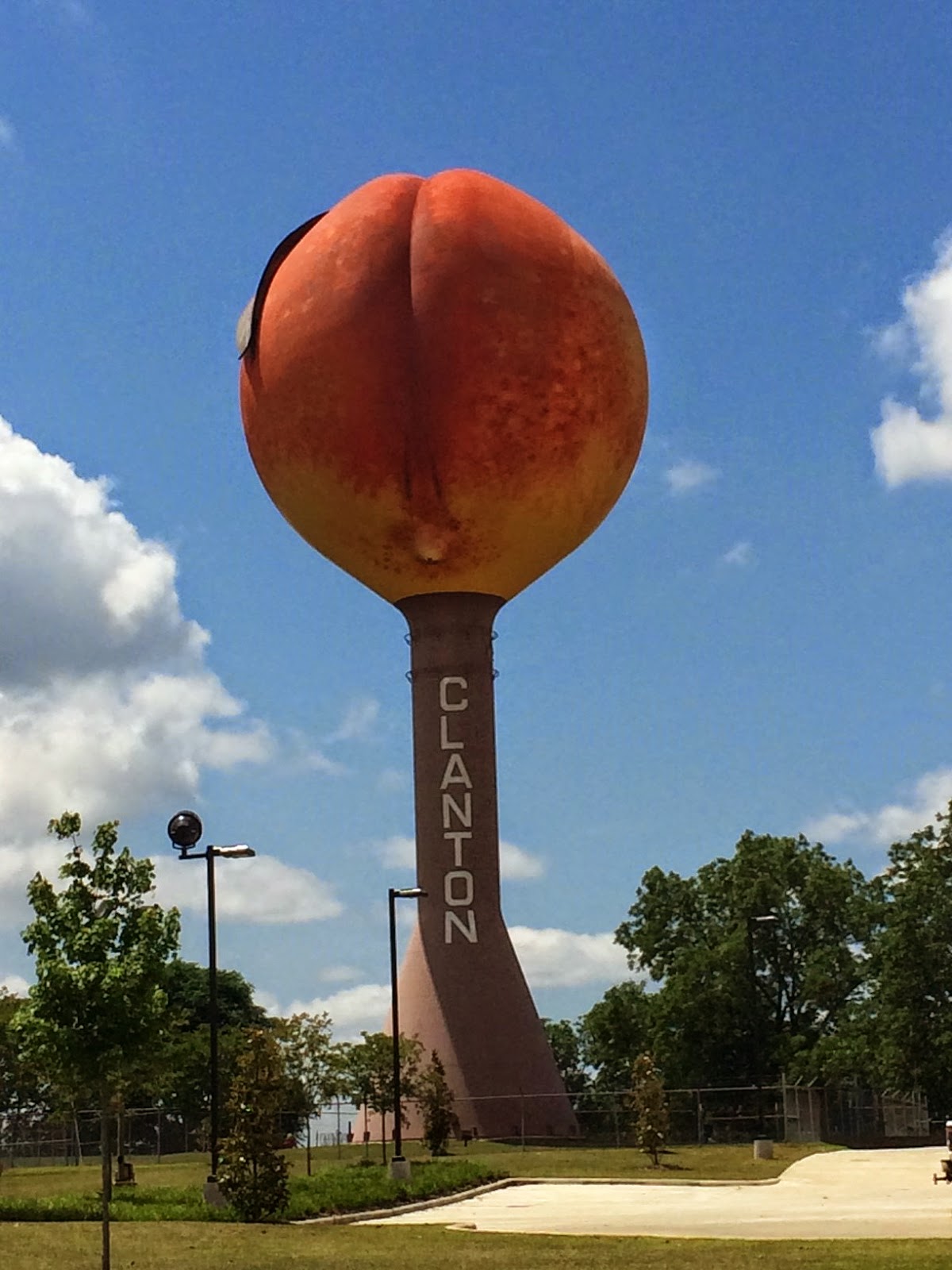 Earlier this year Kelly Kazek published an article on al.com about water towers around the state. She included many interesting ones old and new.

One day this past spring on our way out the front door we found this beautiful luna moth or acitas luna near the sidewalk. These critters can be found in eastern North America and sometimes in Canada and Mexico. They grow up to a 4.5-inch wingspan, and this one must have been close. By the time we returned to the house our visitor was gone. 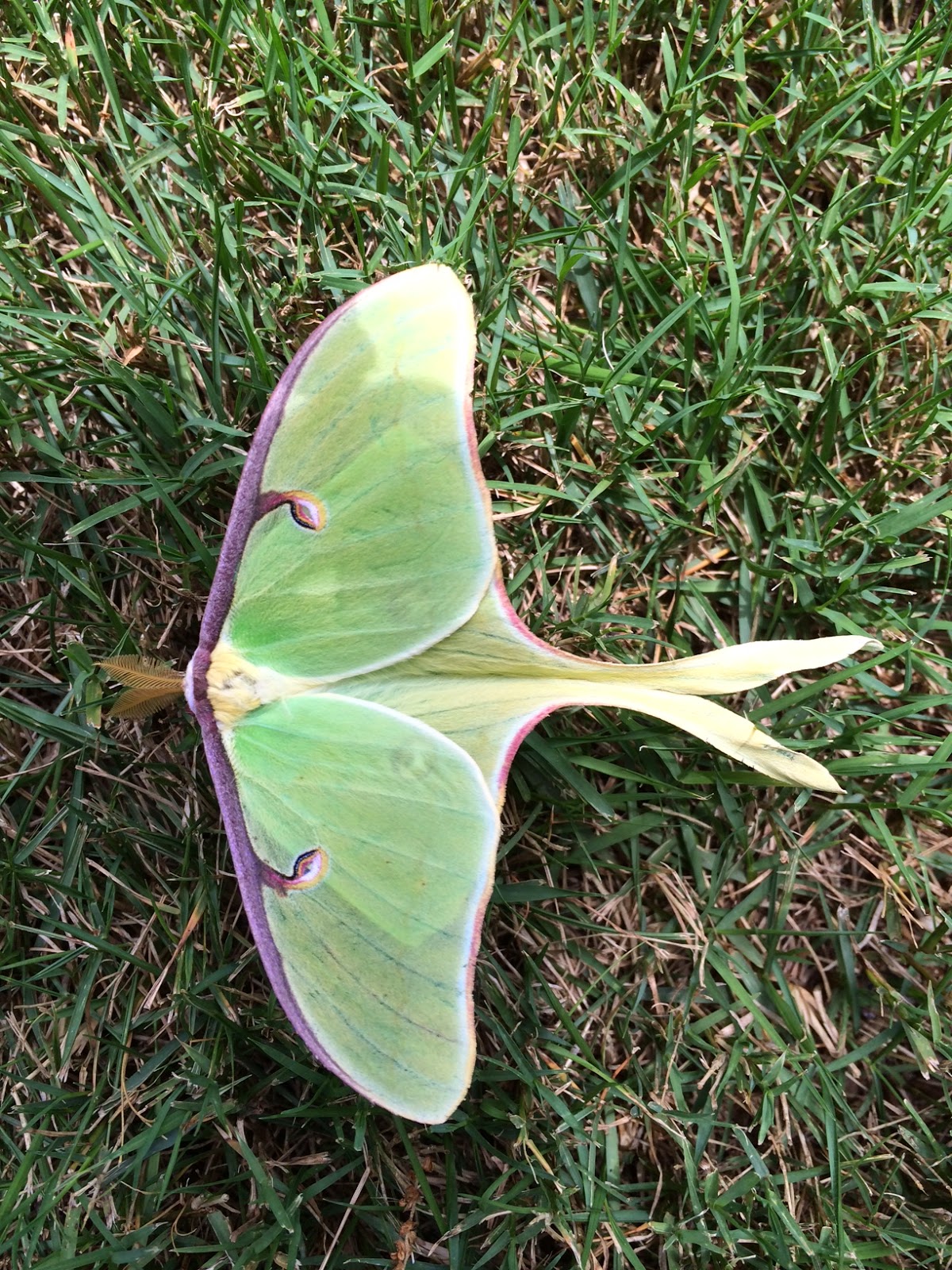 
Life is random that way; you never know what may turn up if you keep your eyes open. I came home with brother Richard in July 2008 and found this fella crossing the front yard. I presume he wandered up from the nearby creek in our neighborhood. A couple of hours later he too was gone. These American box turtles are pretty common around here but they seldom visit our front yard. 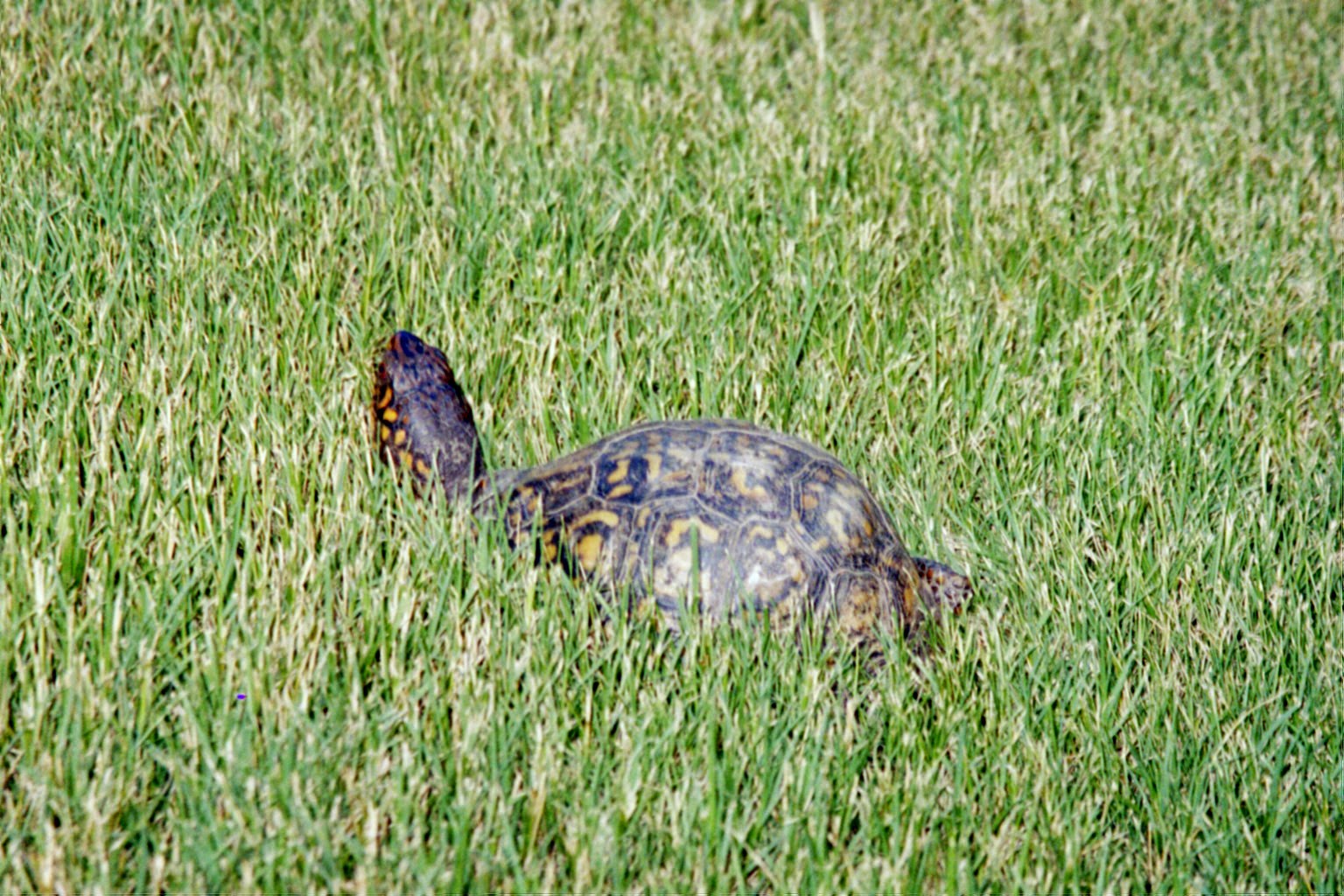 We recently watched a hawk land briefly on our deck, walk around a bit, and then take off majestically into the woods toward the back of the lot. Needless to say I didn't get a phot of that one!

Posted by AlabamaYesterdays at 9:12 AM