Near Pelham City Hall stands a historical marker that includes the following text: “Near this site stood Shelbyville, A.T., first county seat of Shelby County; named for Isaac Shelby, governor of Tennessee. Shelby County was established February 7, 1818 by an act of the Alabama Territorial Legislature.”  Yes, the first seat of county government was located where Pelham is now. And yes, the community and the county existed before Alabama became a state. 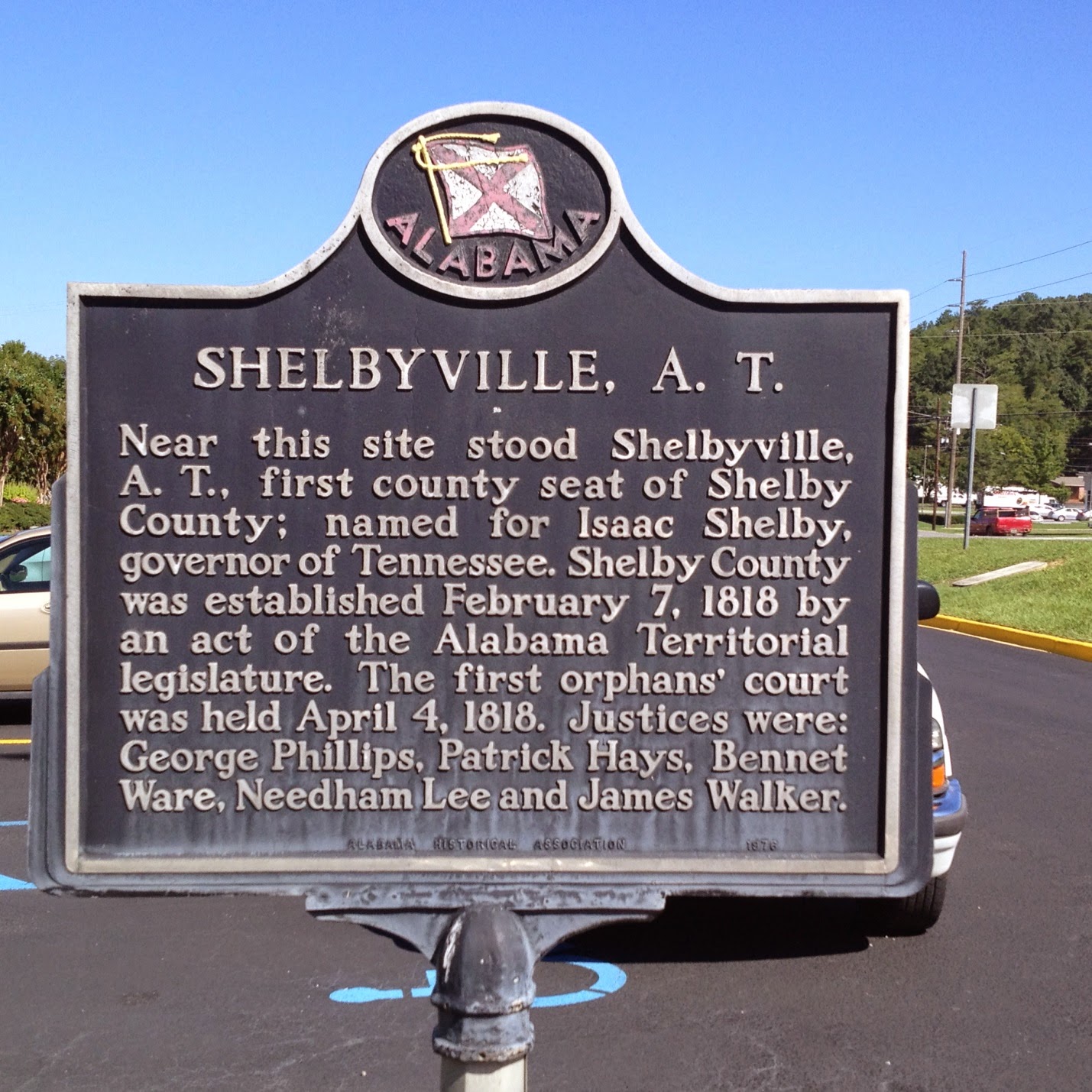 Congress created the Alabama Territory in March 1817 from the eastern half of the Mississippi Territory, which dated from 1798. In the 1810 census what became the “A.T.” seven years later had around 9, 000 people. By 1820, just after Alabama was granted statehood in December 1819, the population had swelled to almost 128,000. In 1826 a town on the other end of the county, Columbia, was renamed Columbiana and has been the county seat ever since. Shelbyville remained a tiny town for over 150 years even after changing its name to Pelham in the 1870s.


As the marker also notes, an orphan’s court was held in what is now Pelham just two months after the county was created. A private home served as the first courthouse. Even in that sparsely populated frontier of the United States, some provisions had to be made for orphans and their right to any family estate. An index for the county’s orphan’s court book 1818-1836 is available online, and the book is kept by the Shelby County Historical Society in Columbiana. This first court of the county was later replaced by probate court.
The map below is a close-up portion of Fielding Lucas' 1822 map of Alabama that shows two towns in Shelby County at that time. The map can be seen at the Historical Maps of Alabama online resource. 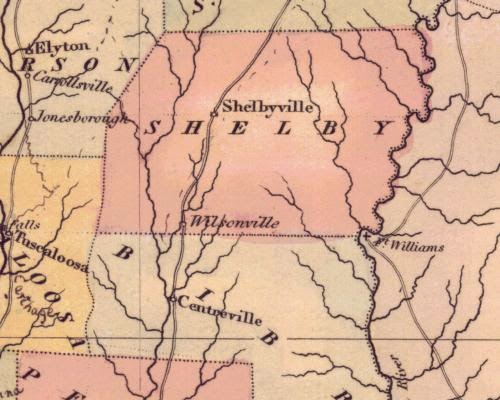 A version of this post appeared in the winter 2015 issue of the Pelham City News.
﻿
Posted by AlabamaYesterdays at 9:54 AM