Telephone yellow pages are a utilitarian publication that later serve as a snapshot of the cities included. Other directories are useful in similar ways; an earlier post on this blog has an overview of some old Birmingham directories. Let's take a closer look at the 1920 yellow pages for Birmingham and see what we find.

The first page has information about the directory itself and advertisements for three companies for common services still needed today--storage, laundry and taxicabs. Love that AT&T logo. 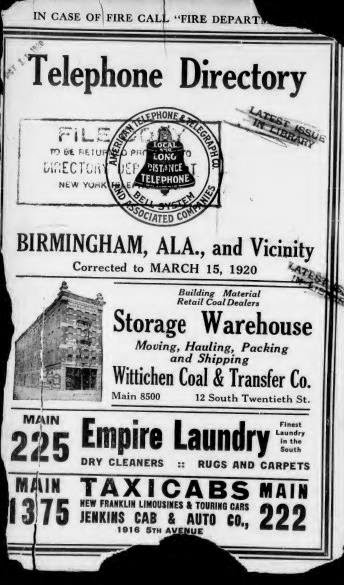 A number of clubs are listed; some of them are still active today. I find it interesting that the city already had an automobile club in 1920. We Americans love our clubs, don't we? 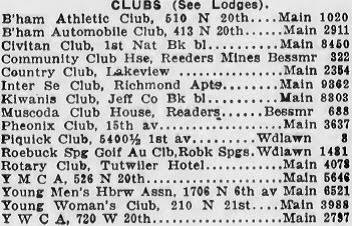 Now on to another service still widely used today--hotels. Information about some of these facilities can be found on the BhamWiki site. At least one is still around, the Tutwiler, even if not in the location listed here. 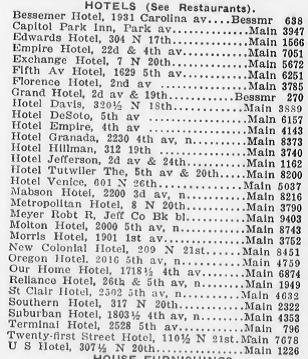 In 1920 the area had several newspapers and publishing companies; at least two of the newspapers, the Alabama Baptist and Birmingham News are still being published. The Progressive Farmer and Southern Medical Journal are also still around. 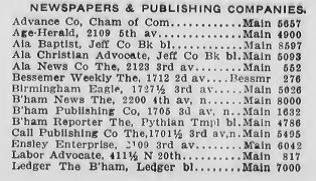 The city also had a number of photography studios in this time before cheap cameras and then cell and smart phones with cameras. Below this listing is an ad for one of the studios, Lollar's Kodak Parlor. We also see a listing for Oscar V. Hunt, one of Birmingham's best known photographers. 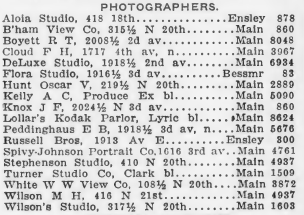 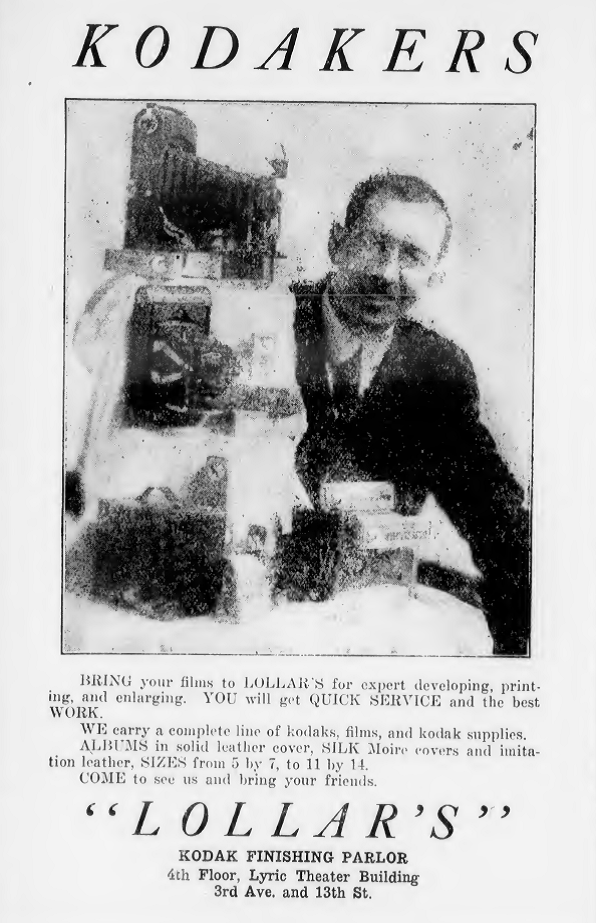 Of course, the city had plenty of restaurants in 1920. The Britling Cafeteria listed on 1st Avenue may be the original business in what became a chain of cafeterias in Birmingham and and other cities in Alabama and Tennessee. The chain lasted into the 1980s. Elvis Presley's mother Gladys worked at one of the Memphis locations. The only establishment on this list still in operation is the wonderful Bright Star in Bessemer which had already been open for thirteen years. Long may it thrive. 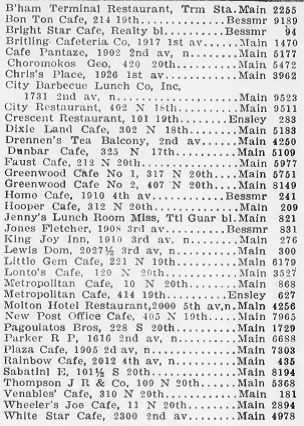 Only one of the theaters listed in 1920 has survived, the Lyric. Thank goodness restoration of that gem is underway. "Lyric" was a common name for vaudeville and movie theaters back in the day. I saw many movies at the Lyric Theatre in downtown Huntsville. 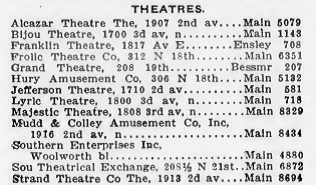 Here's another striking advertisement from the yellow pages: 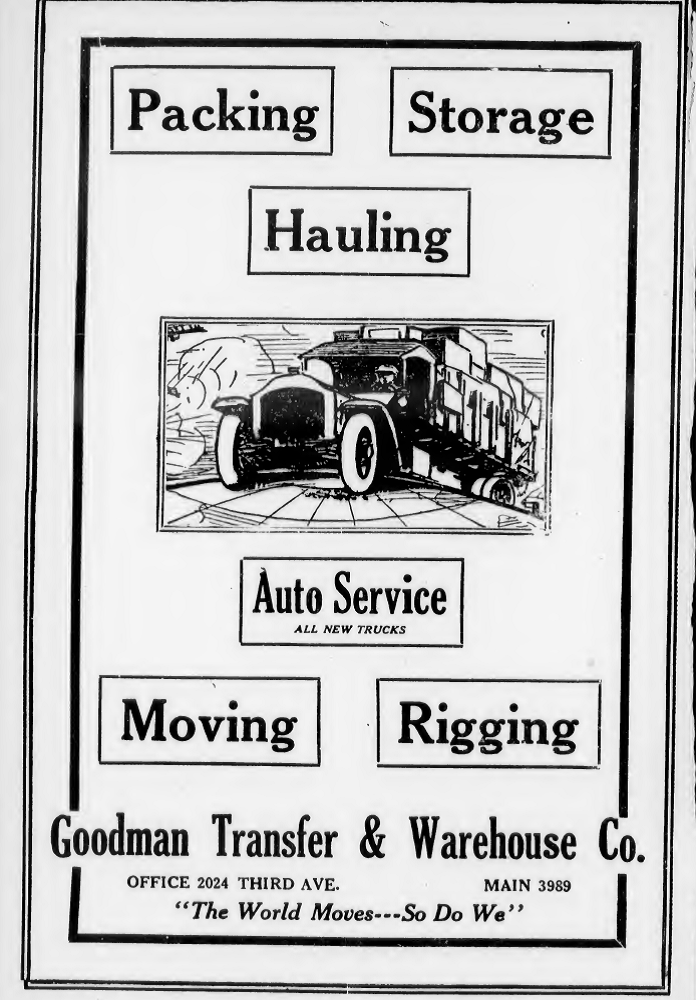 And finally, here are two listings for a type of firm you don't see much of these days:

I plan to do another post soon on the long list of doctors in the 1920 Birmingham yellow pages.

Posted by AlabamaYesterdays at 2:06 PM