Recently I made one of my frequent visits to Lantern, the Media History Digital Library, a wonderful resource that makes available full texts of 20th century magazines devoted to film, television and radio. I always find interesting items there, and this time I stumbled across an advertisement for the 1923 silent film, St. Elmo. You can see that ad below. I knew there had been more than one film version of Augusta Jane Evans Wilson's novel, so I decided to investigate; here's what I found.

First, some background in case you aren't familiar with Wilson. She's one of Mobile's legendary residents; although born in Columbus, Georgia, she spent most of her life in the city. She published nine novels before her death in 1909, and some of them such as St. Elmo and Beulah made her one of the bestselling American novelists of her day.

Like many female authors of that time, she began writing to supplement her family's income. St. Elmo sold over a million copies and made her the wealthiest female writer in America before Edith Wharton. Only Harriet Beecher Stowe's Uncle Tom's Cabin and Lew Wallace's Ben-Hur sold better among American novels in the nineteenth century.

There is a town in Mobile County named after the novel. Several of her works, including St. Elmo, can be found via Project Gutenberg. A recent book about Evans is The Life and Works of Augusta Jane Evans Wilson, 1835–1909 by Brenda Ayres [Ashgate, 2012].

In her entry on Wilson in the Encyclopedia of Alabama, Sarah Frear describes the story of St. Elmo. "In it, Evans depicted a moral struggle between good and evil. The novel's male protagonist, St. Elmo Murray, is at first a cynical and cruel man, but he is gradually converted to Christianity through his love for the virtuous heroine, Edna Earle. Edna willingly gives up her literary career when she marries St. Elmo, and this choice reflects Evans's belief that women were happiest, and most powerful, when they devoted themselves to their families and homes." Perhaps Wilson created a bit of wish fulfillment for herself in this story.

From what I can determine, five silent film versions of the novel were made: two short ones in 1910, one in 1914, and two more in 1923. The first 1910 version was produced by the Thanhouser Company and released in March. The second one, produced by Vitagraph, came out the next month. You can follow the links below to Wikipedia articles giving more details on both films. The Internet Movie Database also has entries here and here. Both films ran for one reel, or some 10-12 minutes.

The 1914 version was released in August and "promised 194 gorgeous scenes". Follow the Wikipedia link below for stills from a couple of them and more information on the film. This version was much longer, running six reels. I know a bit about silent film history, but did not recognize any cast members in these three films. I would imagine they are known only to serious silent film buffs and scholars.

However, I am familiar with the leads in the 1923 American version of Wilson's novel. John Gilbert played St. Elmo Thornton in the rising star period of his career. In 1924 Gilbert changed to MGM Studios and soon became as big a box office draw as Rudolph Valentino. Known as "The Great Lover", Gilbert made three films with Greta Garbo. Gilbert's career declined after the arrival of talkies, and he died in 1936 at the age of 38.

His co-star in St. Elmo was Barbara La Marr, known as "The Girl Who Is Too Beautiful." By 1923 she was a major star, but her career did not last much longer. A hard-partying young lady, alcoholic and probably a drug addict, La Marr died in 1926. She was 29 and married to her fifth husband at the time. She and Gilbert reportedly had a steamy affair during production of St. Elmo.

Another familiar name is Warner Baxter, who had a much longer career and died in 1951 at 62. Among many other films silent and sound, he played The Crime Doctor in a series of ten movies popular in the 1940's.

The last film adaptation of the novel, also released in 1923, was a British production. Like so many silent films, apparently no prints of any of these five versions of Wilson's novel have survived.

The ad below for the 1923 American film claims "For the past twenty years St. Elmo has been the most called for book in the libraries throughout America." One might think Wilson would be seldom read today, but she still has her fans. Some of them have commented enthusiastically on the GoodReads site. A much longer modern reaction can be found at Vintage Novels. 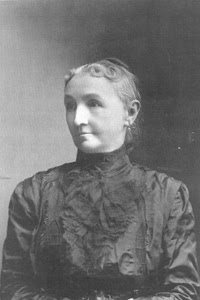 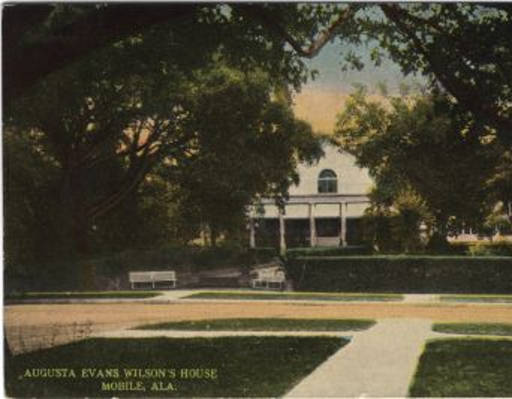 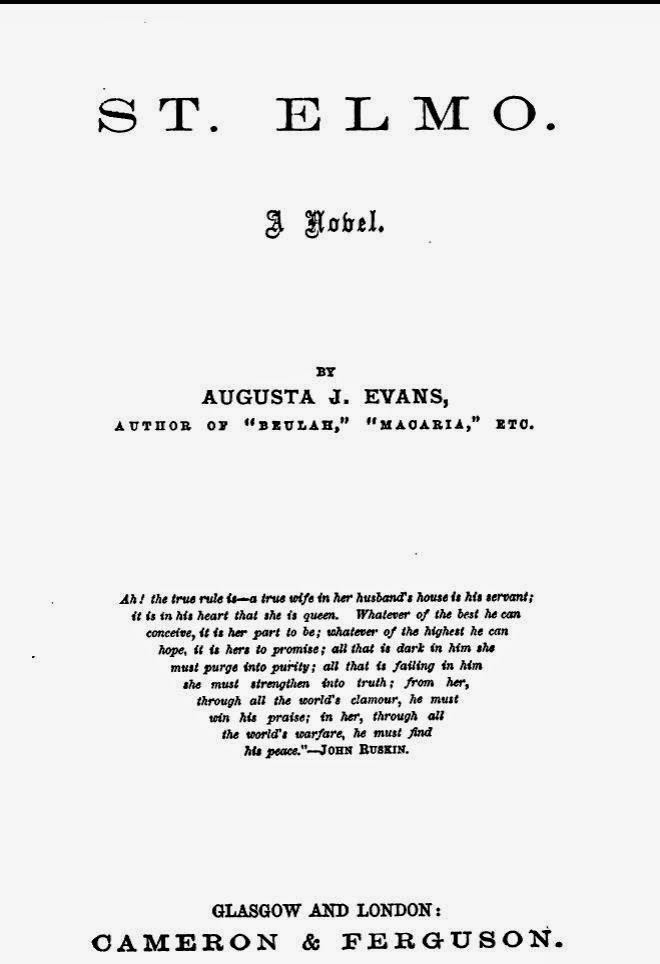 Title page of a United Kingdom edition. The book was published under her maiden name; she did not marry Colonel Lorenzo Wilson until 1868. 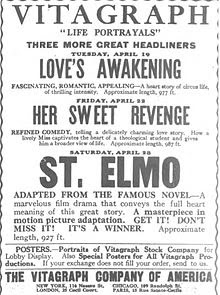 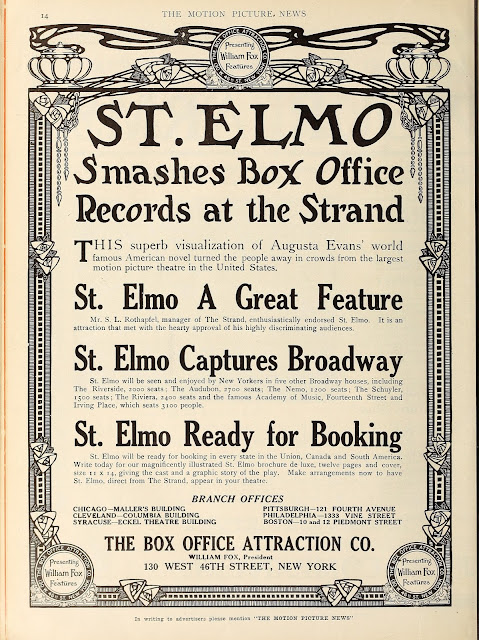 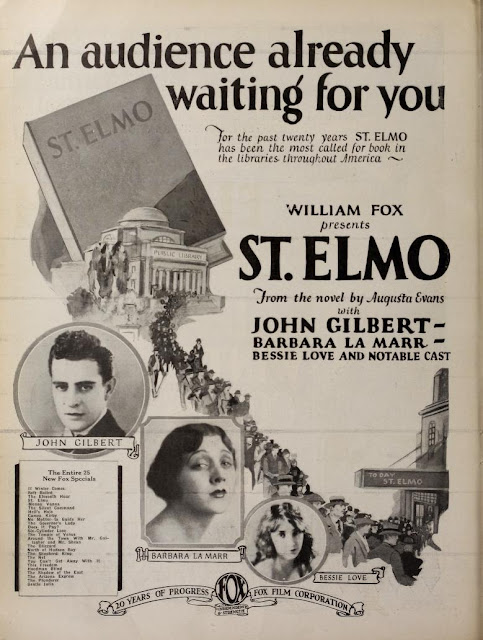 Source: Motion Picture News July-August 1923 via Lantern
Posted by AlabamaYesterdays at 9:29 AM