Memorial Days Past in Alabama

The holiday now known as Memorial Day has a convoluted history, but the purpose has always been to honor war dead. Ceremonies began after the Civil War in northern states and were known as "Decoration Day" for many years. On that day graves of military men who had died in that war were decorated with flowers. In 1873 New York became the first state to formally recognize the day. Southern states had their own celebrations on a different day until after World War I when the holiday changed to honor all American military personnel who had died in war. Many towns in the U.S. claim to be the birthplace of Memorial Day.

Originally Memorial or Decoration Day was held on May 30, but in 1971 Congress passed the National Holiday Act which moved it to the last Monday in May. Several southern states celebrate Confederate Memorial Day, which in Alabama is now the fourth Monday in April. That day was formally recognized by the state in 1901.

As Americans can do so well, Memorial Day is now one of those holidays in which patriotism, capitalism and fun are all available.

A few images and comments are below.


"The Nation's Dead. Observance of Decoration Day in Various Places"


Long article almost 3 columns in length; note the reference to ceremonies continuing on a second day.

This article appeared in a newspaper published in Hawaii on 30 May 1912. The piece discusses celebrations around the country, including Alabama.

This item appeared in a Minnesota newspaper on 26 April 1912.


A newspaper published in Kansas on 18 September 1919 credited a woman in Georgia with creating Confederate Memorial Day.

This article from a South Dakota newspaper published on 28 May 1897 credits "the women of Alabama" for giving Memorial Day to the nation. 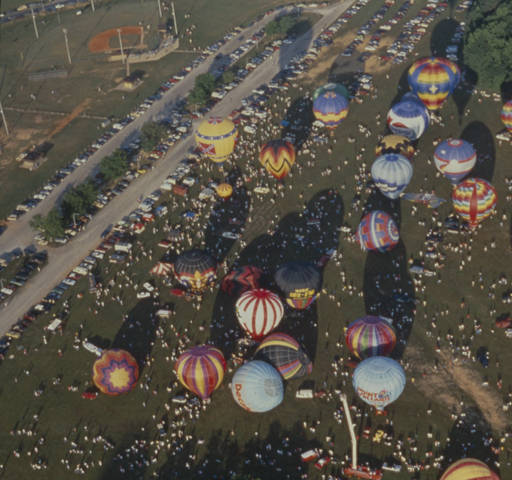 Balloons in the 1980's at Alabama Jubilee Hot Air Balloon Classic, a Memorial Day festival held at Point Mallard Park in Decatur. The event began in 1978.


Posted by AlabamaYesterdays at 7:14 AM