Father's Days Past in Alabama

Like the day that honors mothers, Father's Day is celebrated in many countries around the world. In the United States the day was formally recognized as the third Sunday of June with a proclamation by President Lyndon Johnson in 1966 and a law establishing a national holiday signed by President Richard Nixon in 1972.

However, efforts to start a recognition for fathers began in the U.S. soon after similar efforts for mothers early in the 20th century. According to a Wikipedia article, the first Father's Day observance occurred on July 5, 1908, in Fairmont, West Virginia. Efforts to create a Mother's Day began in the same state two months earlier.


As with all holidays in America, Father's Day is a heady mix of sentiment, commercialism and leisure activities. You can read 7 facts about Father's Day here. 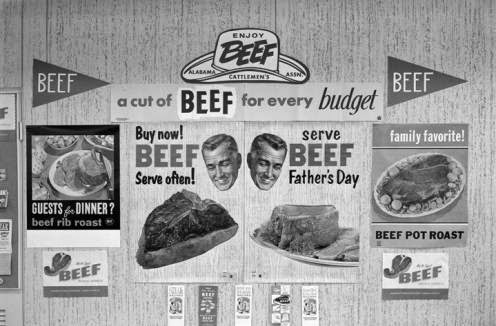 A 1964 Father's Day promotion from the Alabama Cattlemen's Association 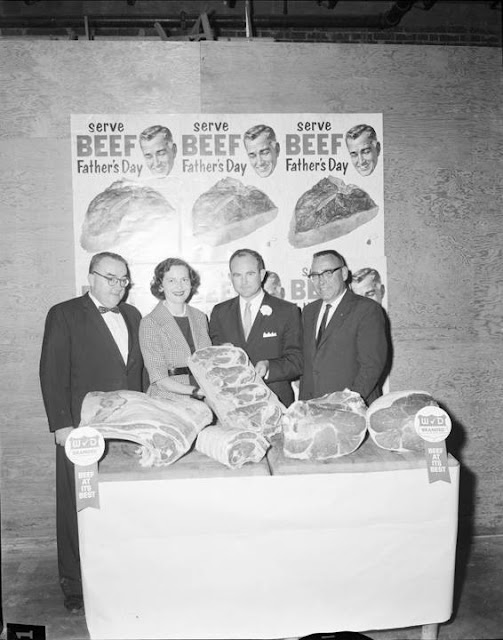 Governor John Patterson and members of the Alabama Cattlemen's Association with cuts of beef for a Father's Day promotion on May 28, 1962. The State Archives Digital Collections has similar photographs in other years featuring Governors George Wallace, Lurleen Wallace and Albert Brewer. 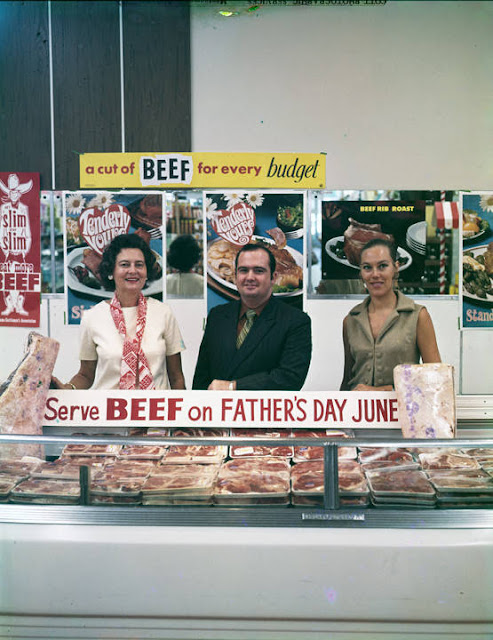 This photograph of a 1970 promotion by the Alabama Cattlemen's Association was probably taken in a Montgomery grocery store. I'm sensing a theme here--father's are supposed to like beef!

I include the two images below only because of their relevance to this post and with only one comment: War Eagle! 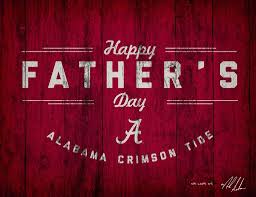 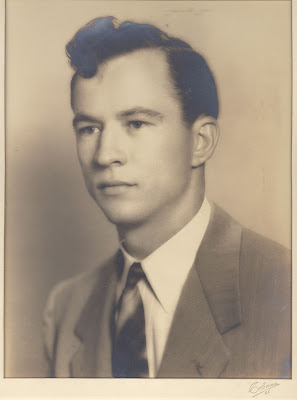 Posted by AlabamaYesterdays at 6:17 AM