Christian Esquevin, who writes "Silver Screen Modes", a blog devoted to classic Hollywood films, has called her "The Forgotten Star." Gail Patrick's screen career lasted 16 years, 1932 until 1948. She appeared in such films as Mississippi [1935] with W.C. Fields, Bing Crosby and Joan Bennett; My Man Godfrey [1936] with William Powell and Carole Lombard; and My Favorite Wife [1940] with Cary Grant, Irene Dunne and Randolph Scott. She often played the "other woman" or as Esquevin says, the "perfect bitch."

Before she ever left for Hollywood, Patrick had established herself in a rather unusual way for a woman in early 20th century Alabama. She was born Margaret Lavelle Fitzpatrick in Birmingham on June 20, 1911. The family can be found living at 432 40th Street in the 1920 U.S. Census. Her father Laurence Fitzpatrick was born in Kentucky and worked as a fireman. Her mother "Larul" was a Mississippi native. At that census Margaret was listed as age 8; older brother Laurence Jr. was 14 and younger brother Richard was 4. All three children were Alabama natives.

By the 1930 census the family had relocated to 208 59th Place. The city of Birmingham now employed Laurence as a fire inspector. The mother's name had been corrected to LaVelle. The household had expanded by two members, a 20 year-old female lodger and a 13 year-old female listed as "lodger/orphan."

In that census Margaret's age was given as 19. By then she had probably already graduated from Woodlawn High School and entered Howard College in East Lake [now Samford University in Homewood]. After graduation from Howard, she joined the faculty and served as Acting Dean of Women for a period.

She had begun to take pre-law courses at the University of Alabama when she decided to enter an acting contest. The event was sponsored by Paramount Studios and held at the Alabama Theatre. Paramount was looking for "Miss Panther Woman". Margaret did not get the part, but the studio offered her a contract and in the summer of 1932 she headed to Hollywood.

In her first role she played a secretary in the film If I Had a Million. If you look at the film's entry at the Internet Movie Database, you'll find her near the bottom of the full cast list. Her part was uncredited, but she's already going by "Gail Patrick." She made eight films that first year in Hollywood.

By the late 1940's she had retired from acting. She began designing children's clothes and opened a shop on Rodeo Drive called Enchanted Cottage. Patrick and her business were included in a 1947 short film Unusual Occupations. Several of her famous customers and their children were featured. The store operated for eight years.

By that time her first two marriages were also behind her. The first husband was Robert Howard Cobb, owner of the famed Brown Derby restaurant; that union lasted from 1936 until 1940. Arnold Dean White was her second husband; they married in 1944 and divorced the following year.

In 1947 Patrick married Cornwell Jackson, who just happened to be the literary agent for Earle Stanley Gardner. Gardner was a prolific author best known for his series of Perry Mason novels. Jackson secured the film rights to those novels, and through his company Paisano Productions Patrick became producer of the very successful Perry Mason television series. Gardner had disliked a series of film adaptations done in the 1930's, and wanted no more appearances by his character outside his novels. Apparently Patrick talked him into changing his mind.

The series premiered on September 21, 1957, and ended its run on CBS on May 22, 1966. That last episode, "The Case of the Final Fade Out", featured Patrick as a courtroom spectator and Gardner as one of the judges.

Her marriage to Jackson ended in 1969. She married her last husband John E. Velde, Jr., in 1974. Patrick died of leukemia on July 6, 1980. According to her entry at the Find-A-Grave site, Patrick's ashes were scattered in the Pacific Ocean.

You can read the transcript of an interview with Patrick done a year before her death here. Wikipedia has an entry for her, as does the BhamWiki. You'll find her Internet Movie Database entry here. I've include a number of Gail Patrick photographs below, along with comments as needed.

This blog post is part of a series I'm doing. The first one featured Lois Wilson.

Update 3 August 2019: You can read about Patrick's role in one of her early films, the 1934 craziness that is Murder at the Vanities in my blog post about it here. 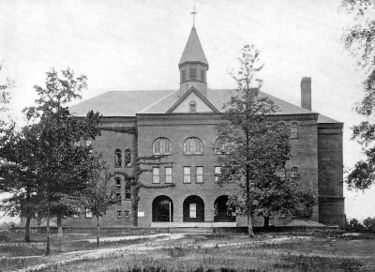 Until 1957 this building was "Old Main" on the Howard College campus in the East Lake area of Birmingham. In that year the school moved to its current campus in Homewood and became Samford University in 1965. 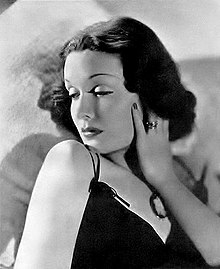 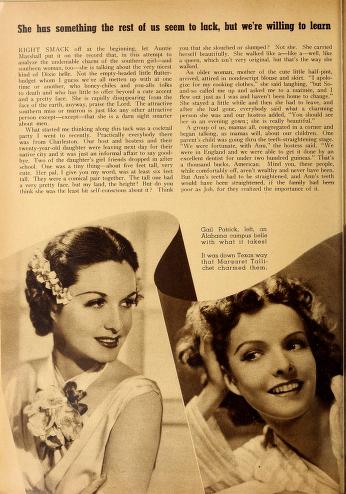 Patrick on the left is an "Alabama campus belle with what it takes" in this spread on "the Southern Gal" in Modern Screen, February 1939 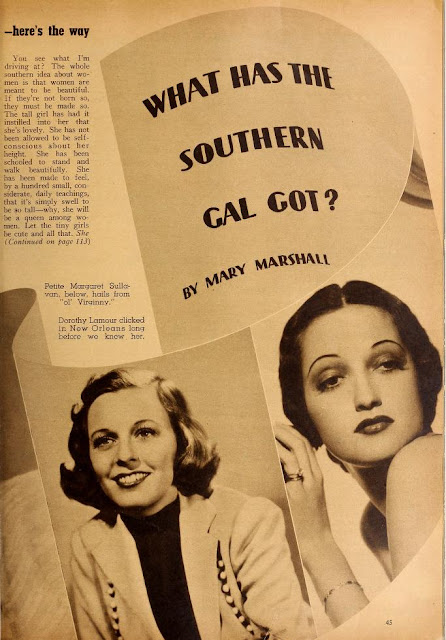 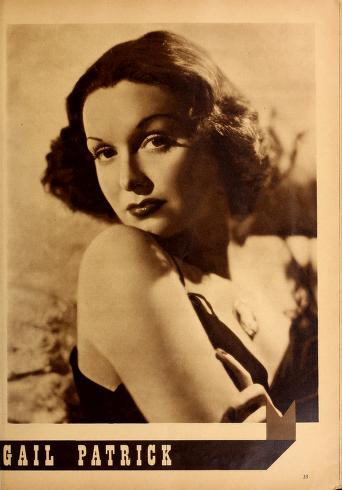 Patrick in a two-page spread with actor Robert Donat in Modern Screen in 1939.

Gail Patrick stands beside a statue on the lower right, posing in Movie Classic October 1935; her new picture is Smart Girl. 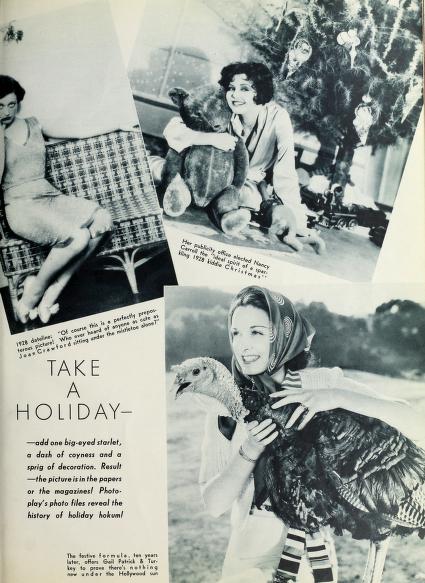 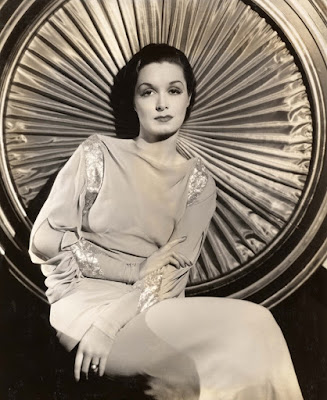 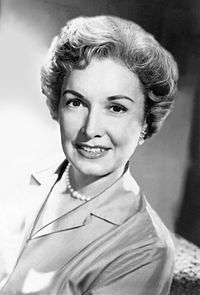 Jackson in 1961 as Executive Producer of Perry Mason
Source: Wikipedia

Posted by AlabamaYesterdays at 8:45 AM