A Quick Visit to Mobile, Alabama (1)

In July Dianne and I headed to Mobile for a long weekend and a little family gathering. We stayed at the Battle House Hotel and despite the heat spent some time wandering up and down nearby Dauphin Street and adjacent blocks. Here are a few of the wonders we encountered. I'll cover some more in another post. 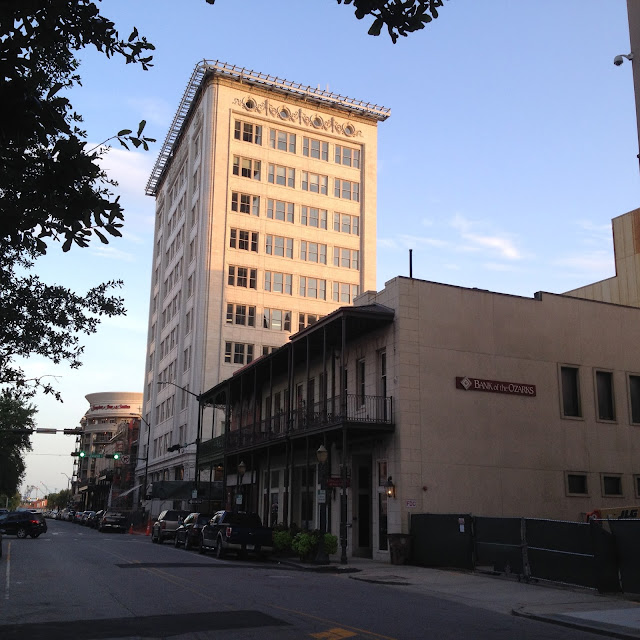 Step out of the Battle House's Royal Street entrance, look up and to your left and you'll see the  Van Antwerp Building. Designed by architect George Rogers and finished in 1907, the Van Antwerp was the city's first skyscraper and the first such reinforced concrete structure in the Southeast. Wealthy druggist Garet Van Antwerp financed the building and located his pharmacy there. An ad for his business, which operated into the 1960's, can be seen below. 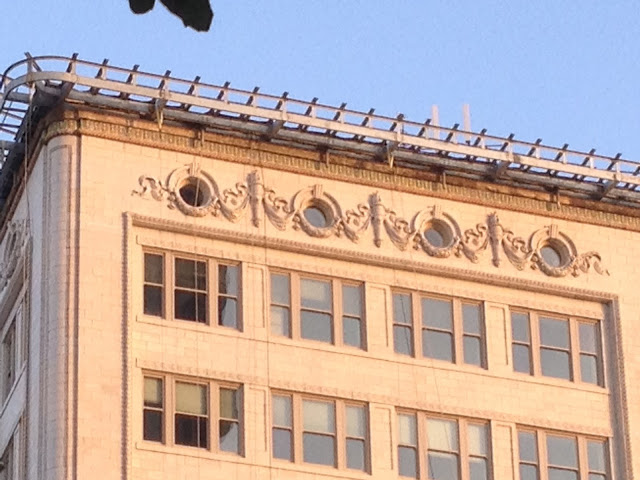 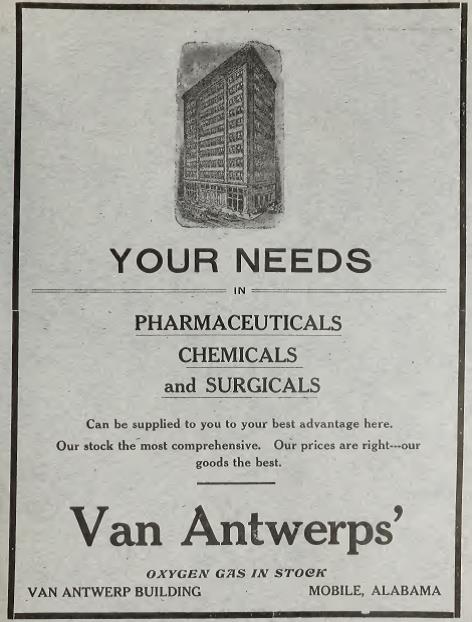 This ad appeared in the June 1911 issue of the Southern Medical Journal published in Birmingham. 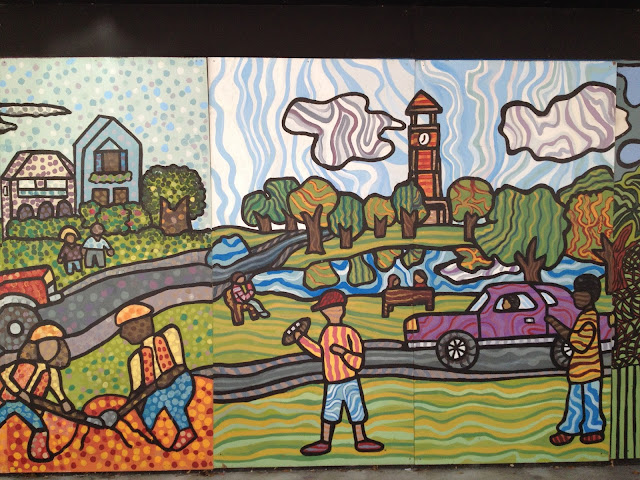 Down Dauphin Street not far from the Battle House is a very long and colorful mural. 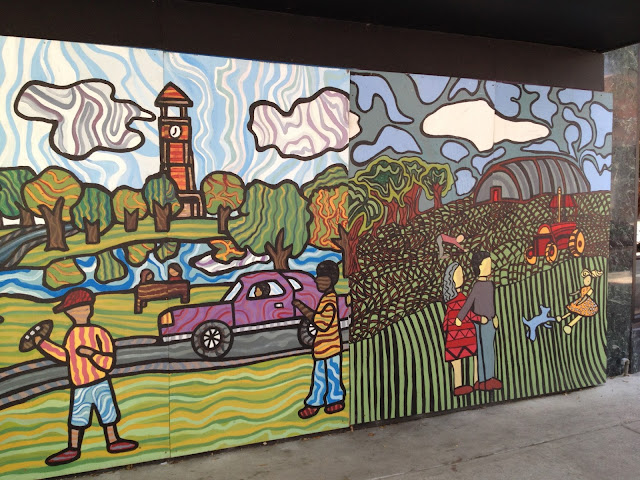 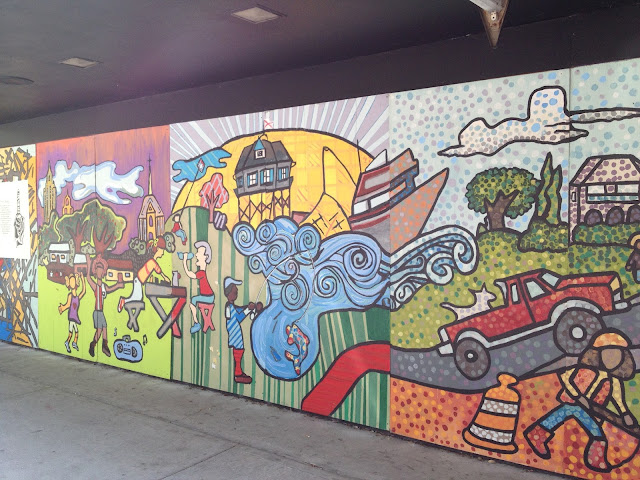 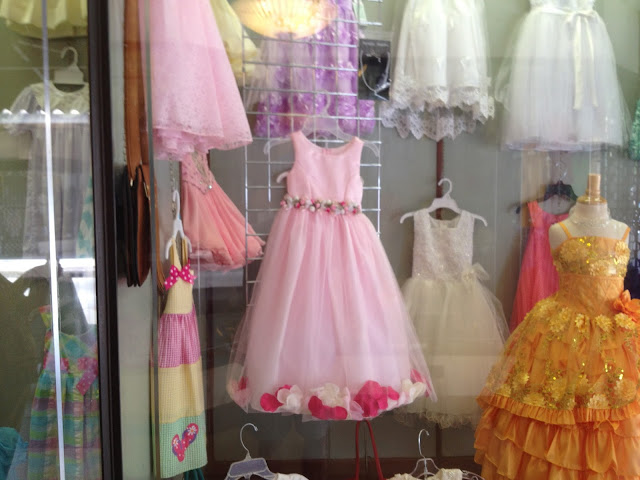 For some strange reason daughter Becca Leon was not interested in this pink dress we offered to buy her. Maybe 20 years ago she would have been! 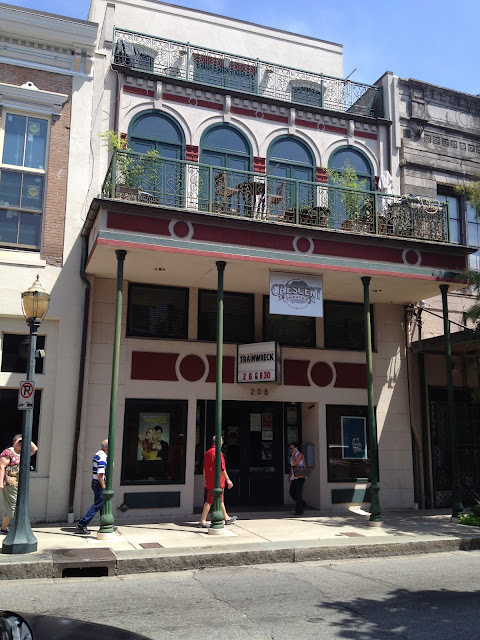 The Crescent Theater is an independent movie house in downtown Mobile. 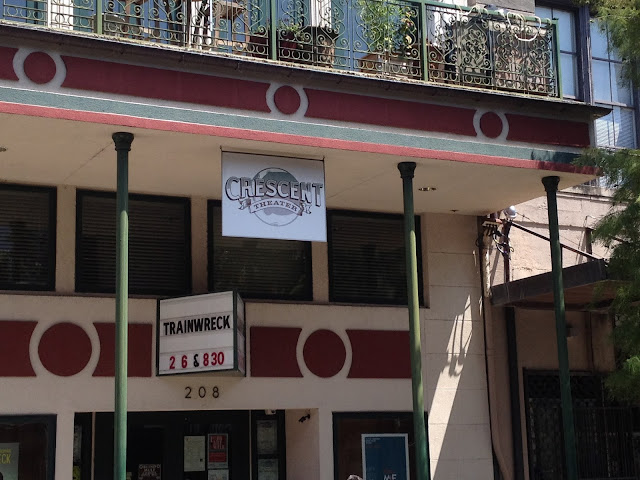 Streets in downtown Mobile have many surviving examples of wonderful architecture. 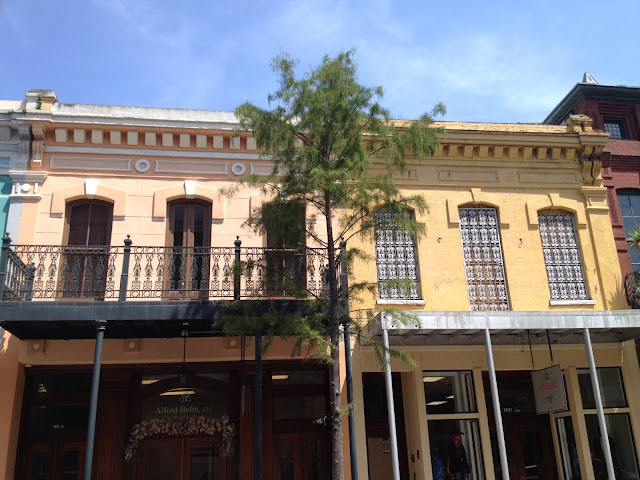 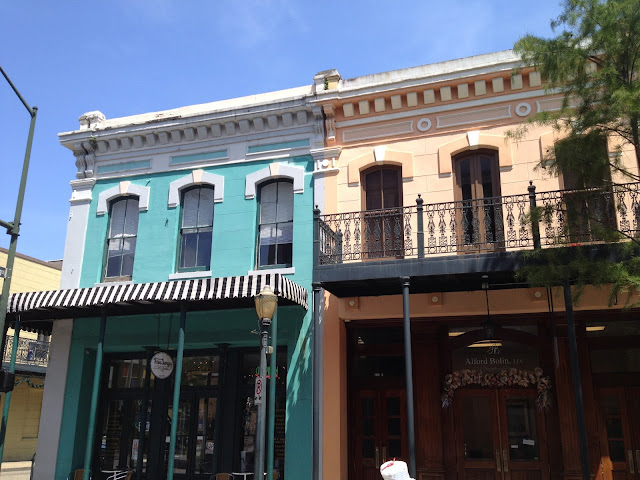 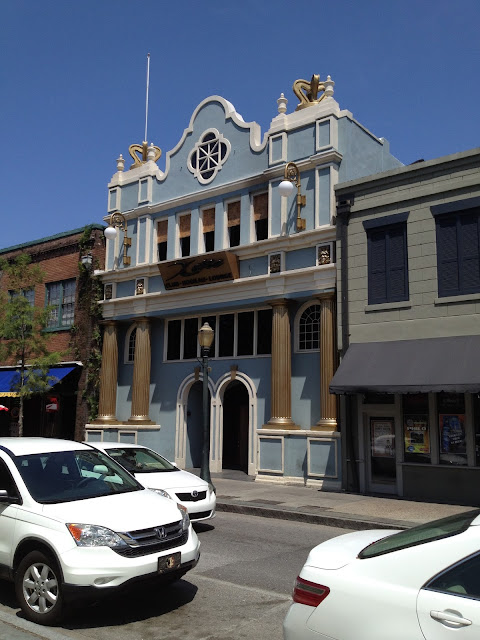 Posted by AlabamaYesterdays at 7:45 AM