On the trip around east central Alabama that my brother and I made this past July, we detoured through the tiny community of Aberfoil in Bullock County. The first settlement and its post office date from the 1830's. The town may be named after Aberfoyle, Scotland, which is mentioned in Sir Walter Scott's novel Rob Roy.

Oh, just a Confederate veteran, Texas Ranger, and town marshal of Socorro, New Mexico. After that, he became marshal in lawless El Paso, Texas, and cleaned the place up. He carried two pistols, had a deadly reputation and participated in more gunfights than better known contemporaries such as Wyatt Earp and Bat Masterson. By the time of his death on September 18, 1882--in a gunfight, of course--he was Deputy U.S. Marshall for West Texas and the New Mexico Territory.

Stoudenmire can be found in the U.S. Census for 1860, listed as 14 years old with an incorrect birth year of 1846. The only other family members listed are his mother, age 46, and a brother and sister, both 9. They are living in western Pike County with the nearest post office as Helicon. What happened to the rest of the family is unknown.

When the Civil War began Stoudenmire was just 15 but six feet tall, so he signed up. His true age was soon discovered, and he was discharged. Two more attempts to sign up and discharges followed, but he was finally allowed to serve in Company F of the 45th Alabama Infantry Regiment. By the end of the war he was 6'4" tall and had been wounded several times. He carried two of the bullets to his grave.

Like so many southerners after the war, Stoudenmire headed west. He ended up in the Texas Rangers for three years, may have spent several years in Mexico and then surfaced as that town marshal in New Mexico. By April 1881 he was in El Paso which led to his greatest fame and his downfall. Stoudenmire was apparently feared but not well-liked, and he made enemies. A feud with the Manning family resulted in a gunfight and Stoudenmire's death. The details can be found in the Wikipedia entry linked above and the two items listed in "Further Reading" at the end of this post. In 1882 Stoudenmire had married Isabella Sherrington; she died in 1921. 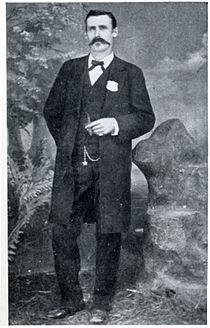 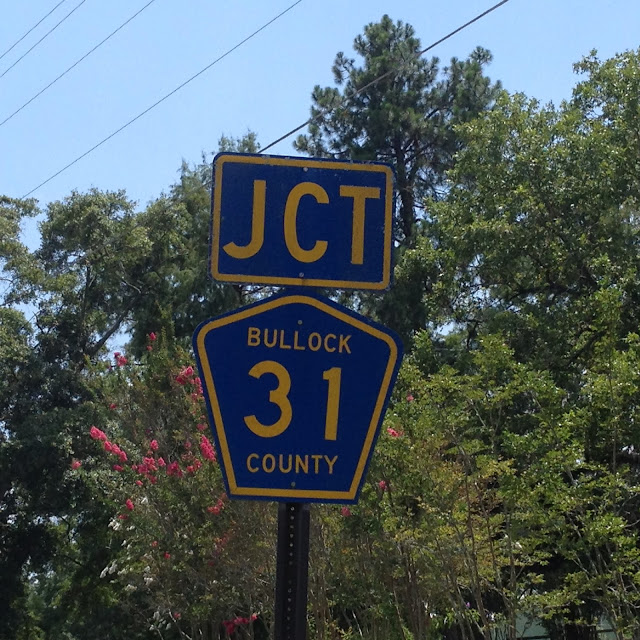 The historical marker below is near the junction of Highway 29 and County Road 31. 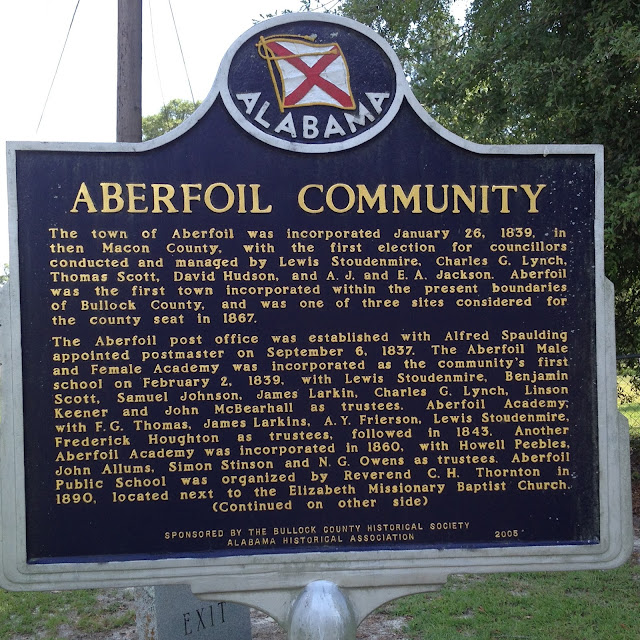 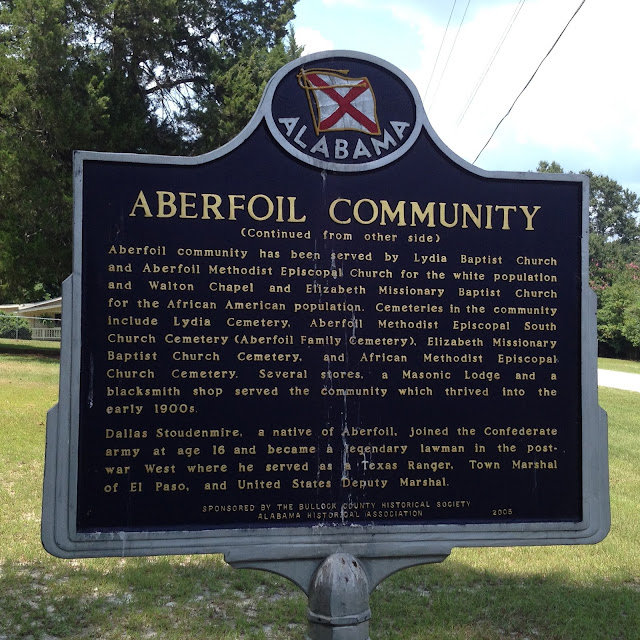 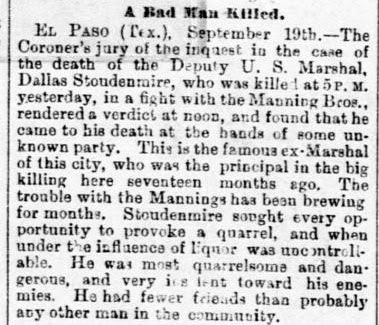 Cunningham, Eugene. Triggernometry: A Gallery of Gunfighters. 1934, various later printings and editions. Has a chapter on Stoudenmire 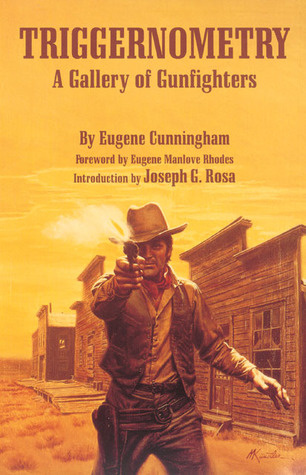 Posted by AlabamaYesterdays at 9:31 AM