Thanksgivings Past in Alabama

In the United States Thanksgiving has been celebrated as a federal holiday since 1863 when Abraham Lincoln issued a proclamation declaring a day of "Thanksgiving and Praise" to God. The holiday's roots are often traced to the Pilgrim's first harvest celebration and a presidential proclamation by George Washington. 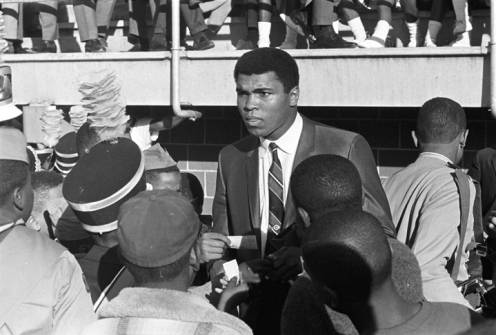 Muhammad Ali signs autographs at the Alabama State College homecoming in Montgomery on Thanksgiving Day, November 24, 1966. That same day the Turkey Day Classic football game between Alabama State and Tuskegee Institute was played. Ali was on a tour of colleges in the South.

Source: Alabama Dept of Archives & History Digital Collections
Many other photos from his visit are available there. 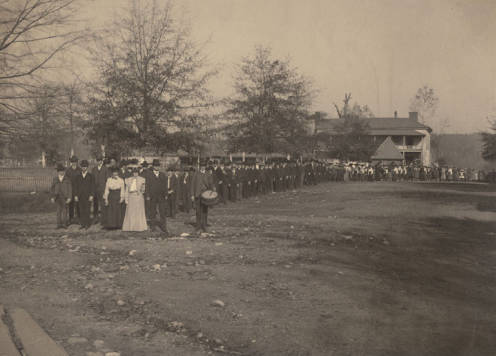 Thanksgiving procession at the Central Alabama Agricultural School in Blountsville on November 24, 1904 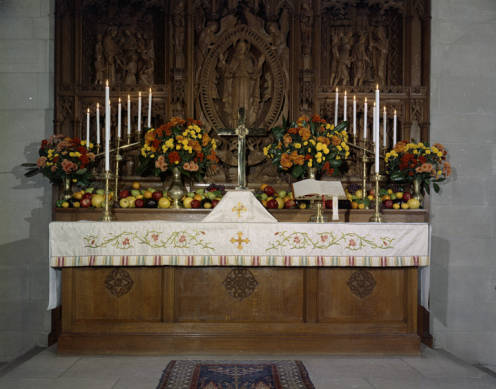 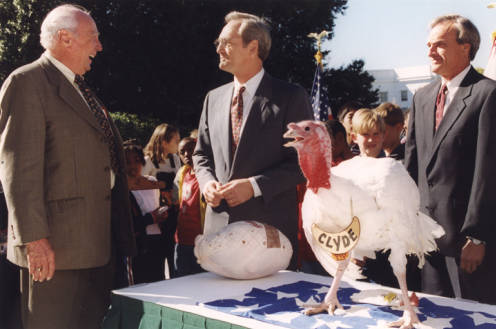 Bill Bates of Bates Farms presents Clyde the Turkey to Governor Don Siegelman for the traditional pardon, perhaps in 1999. Bates began his annual presentation in 1948. 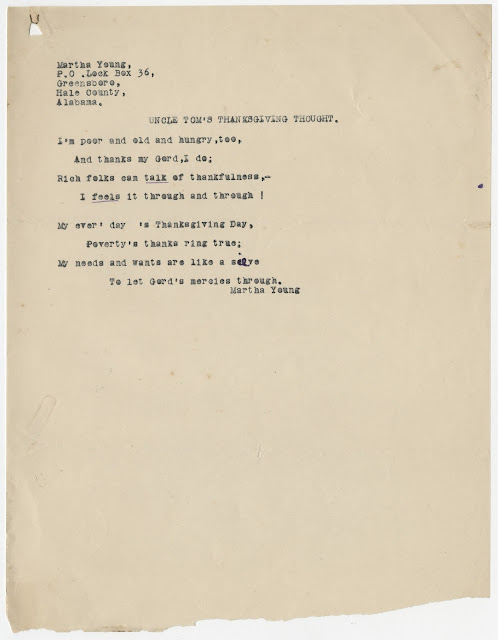 Martha Young [1862-1941] was an Alabama fiction author, poet and folklorist; she often wrote in African-American dialect. This typescript is dated around 1920 and probably meant for submission for publication.

Although considered for decades as a negative characterization, "Uncle Tom" was originally a character in Harriet Beecher Stowe's 1852 novel Uncle Tom's Cabin. He was intended to overturn the negative stereotypes of African-Americans in the minstrel shows of the period. 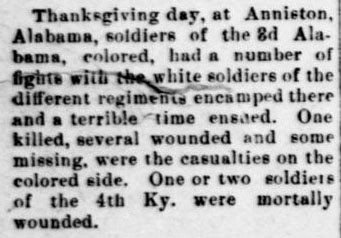 Not all the news related to Thanksgiving in Alabama is positive or light-hearted. These units were probably still active after the Spanish-American War. Hostilities had ended in August but the peace treaty was not signed until December 10, 1898.

Posted by AlabamaYesterdays at 6:04 AM