A Parade of Alabama T-Shirts (1)

I recently made the mistake of trying to rid myself of some old clothes and immediately became sidetracked in what turned out to be a collection of t-shirts with some Alabama connection. I'll use two or three posts to display and discuss these classics before the state archives or the Smithsonian come calling.

Let's start with this one. 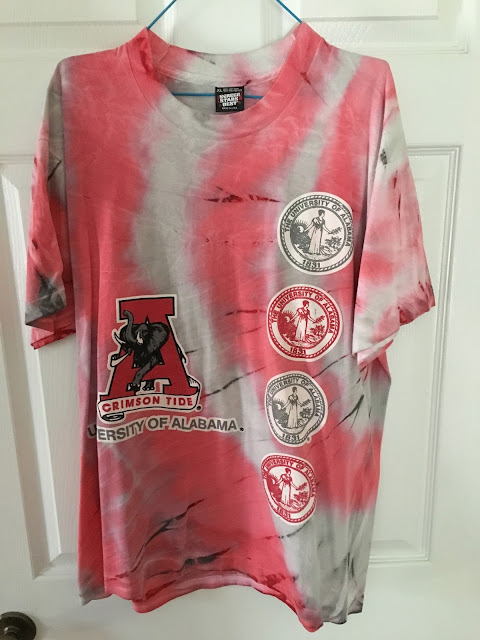 I guess I acquired this shirt while Dianne and I were in Tuscaloosa getting masters degrees in librarianship. Librarians do crazy things sometimes. 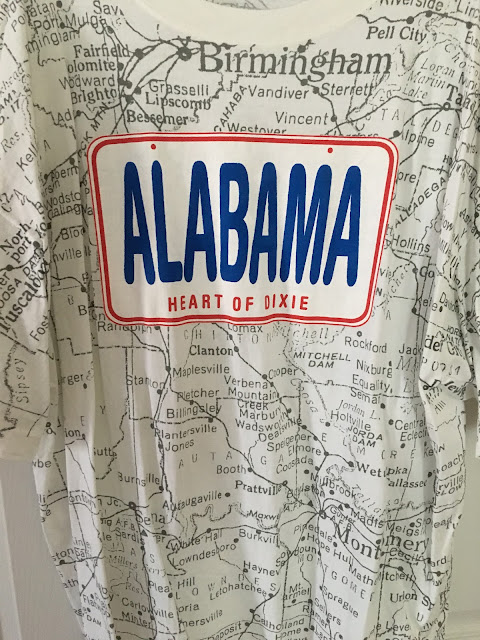 Since I've always been fascinated with maps, t-shirts with maps are just the thing. On our visit to Boston a few years ago I bought one with a map of the subway on it. This shirt with Alabama cities and towns is pretty neat. The close-up below from the back of the shirt includes Pelham; I've written several posts about the town where we live. I've also done one on Keystone, one on Thorsby and many on Birmingham, of course. 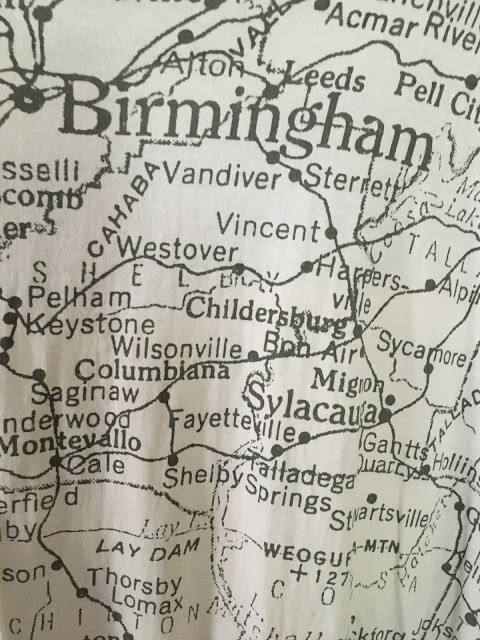 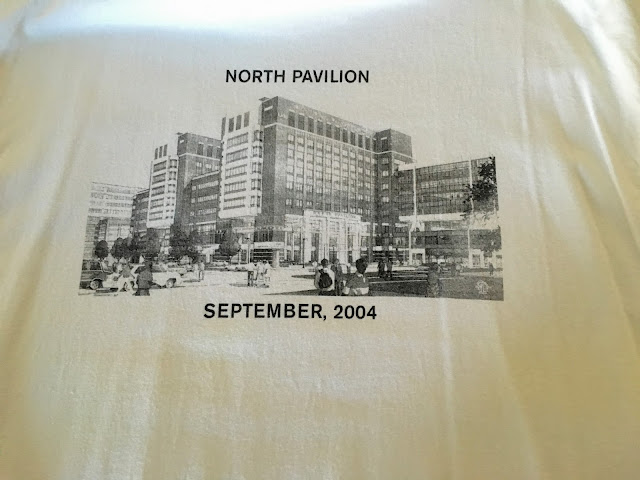 This shirt commemorates the opening of the new UAB Hospital more than eleven years ago. Today the tag line for UAB Medicine is "Knowledge that will change your world." 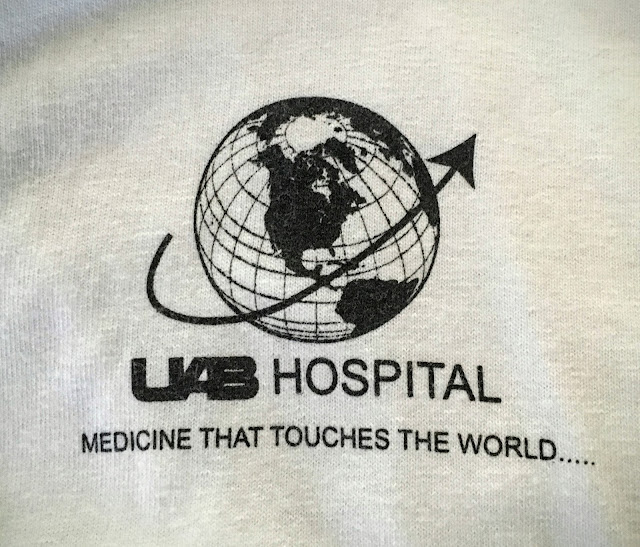 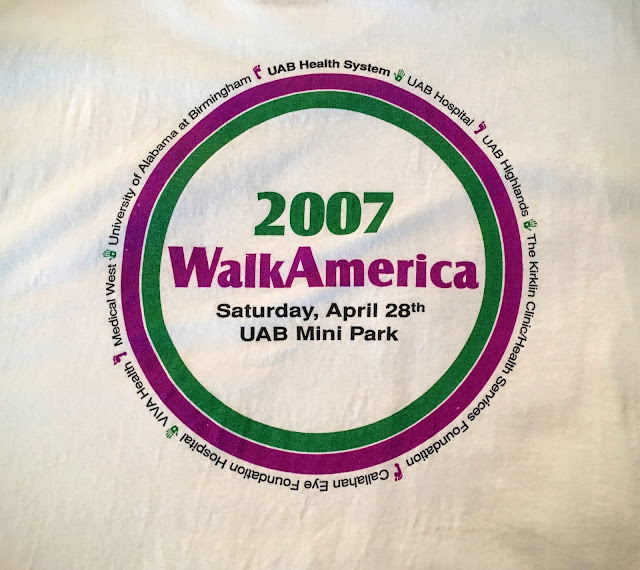 This t-shirt advertises a health-related event on the UAB campus in 2007. 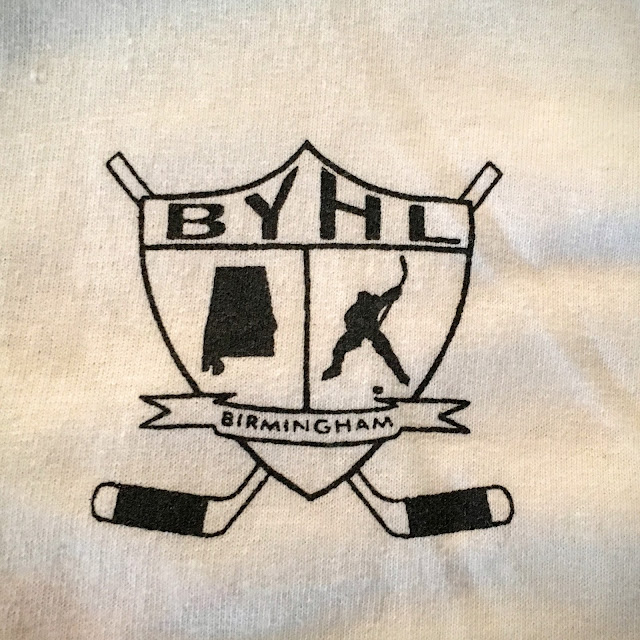 Son Amos played hockey in the BYHL during middle school and high school. Organized in the 1990's, the group played at the old ice arena in Homewood, then added activities in Pelham when the ice opened there. BYHL eventually merged into the Pelham Youth Hockey League. You can see the old web site captured on October 12, 1999, at the Internet Archive's Wayback Machine. The site was developed and maintained by yours truly. 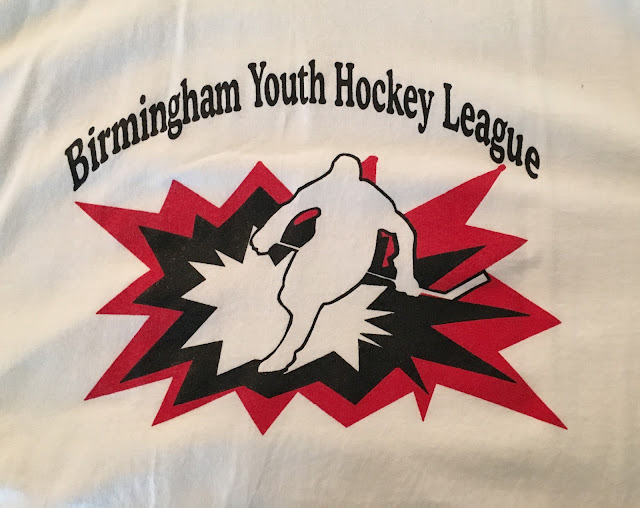 Posted by AlabamaYesterdays at 10:26 AM