By the mid-1930's the Great Depression had settled deep in America, and the Federal government had various programs underway to alleviate the social and economic devastation. One effort tried to help citizens with farming cooperatives in rural areas. Forty-three of these projects were established by the Federal Emergency Relief Agency, and Skyline Farms in Jackson County was one of them. In fact, as David Campbell's Encyclopedia of Alabama article notes, Skyline was among the largest.

Skyline was developed on property of some 13,000 acres bought by the Federal government for that purpose. The project in Jackson County was available to whites only; a project at Gee's Bend in Wilcox County opened for African-Americans.

A common area included a school, commissary, warehouse and manager's office. Some 180 individual farms ranged from 40 to 60 acres; families were chosen from local relief rolls. The cost of housing and farm equipment had to be repaid from crop income; mostly potatoes and cotton were grown. Health and veterinary insurance were covered by the federal government

Arts, crafts, dances and music were also important at Skyline. The Skyline Farms Band played at the White House for Eleanor and Franklin Roosevelt, and were the first traditional music group to play for a president in that setting. Famed musicologist Alan Lomax recorded seven songs by the band in Washington, D.C., in May 1938. Those recordings are now part of the Archive of American Folk Song.

By the early 1940's Skyline Farms suffered from crop failures; a hosiery mill constructed by the government also failed. Soon the farms were being sold to private owners; just two original families were able to buy their farms.

A 2013 blog post by Deborah L. Helms discusses efforts to preserve the heritage of Skyline Farms. The article includes recent photographs of the surviving rock school and store and a house as well. 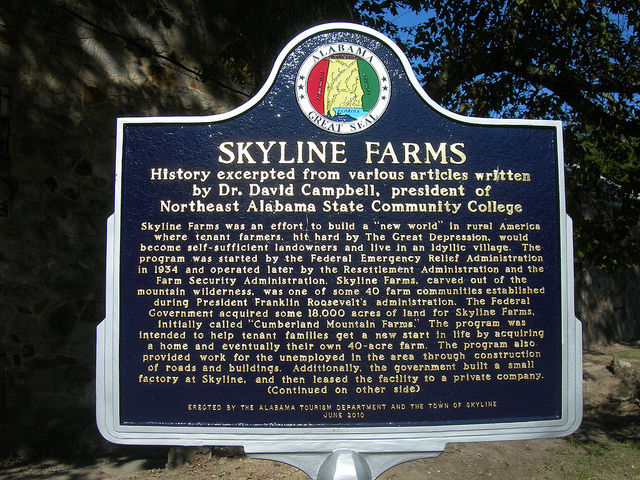 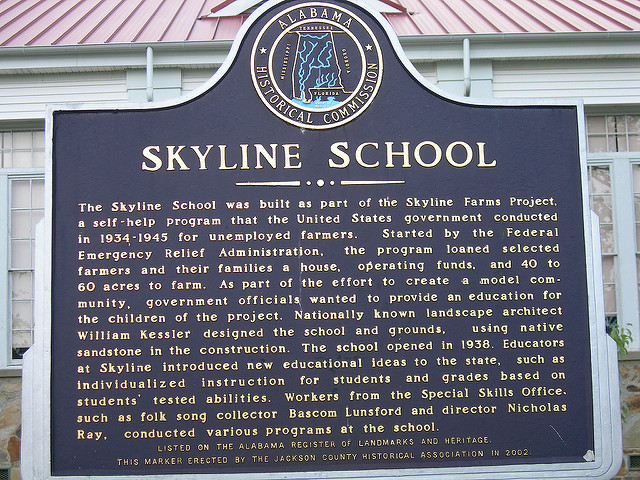 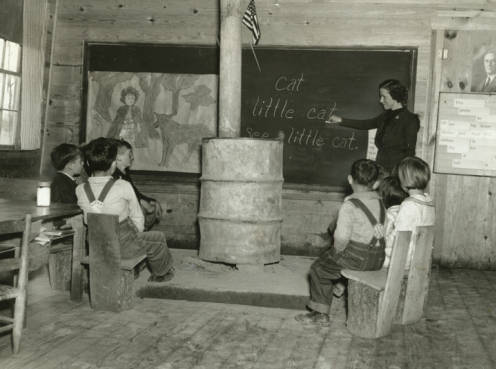 Children and teacher around a blackboard in the early makeshift school at Skyline Farms in February 1937. Photo by Arthur Rothstein, one of many photographers who documented life across American during the Great Depression for the Farm Security Administration and other federal agencies. Rothstein took numerous photographs all over the state in the mid-1930's. 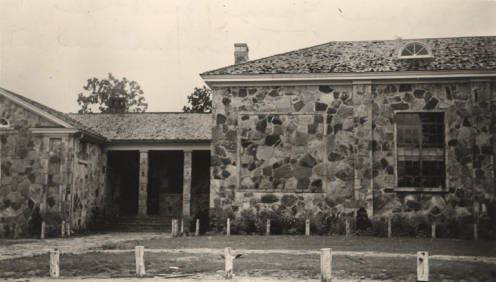 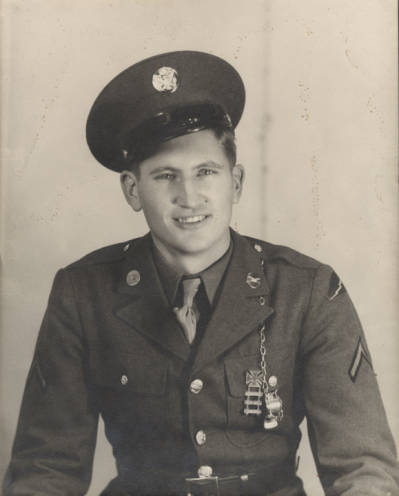 Technical Sergeant William Davis of the 311th Infantry was a former resident of Skyline Farms. He was killed in action in Germany in February 1945.

Below is a letter and its envelope written by Davis from Fort Bragg, North Carolina, to his aunt Jodie Sharp at Skyline Farms in October 1942. Other letters to Jodie Sharp can be found at the ADAH Digital Collections. 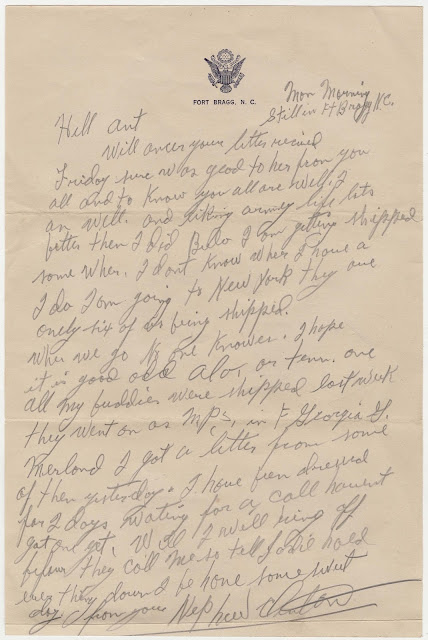 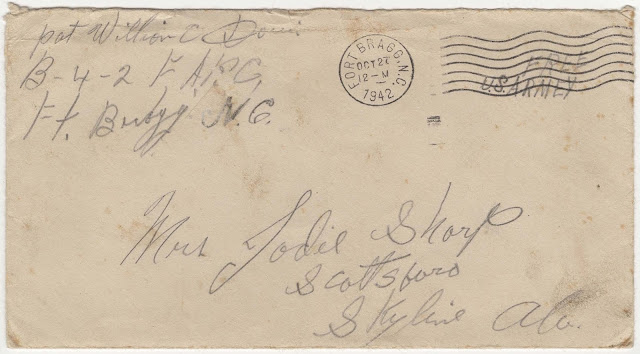 The photographs below were all taken by Arthur Rothstein at Skyline Farms in September 1935. 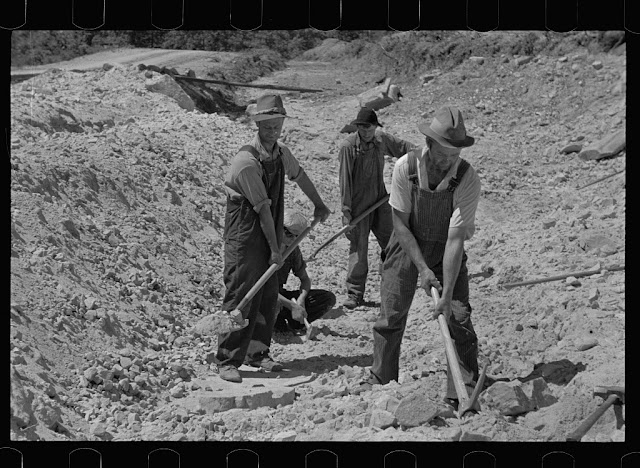 Men working in a sand pit 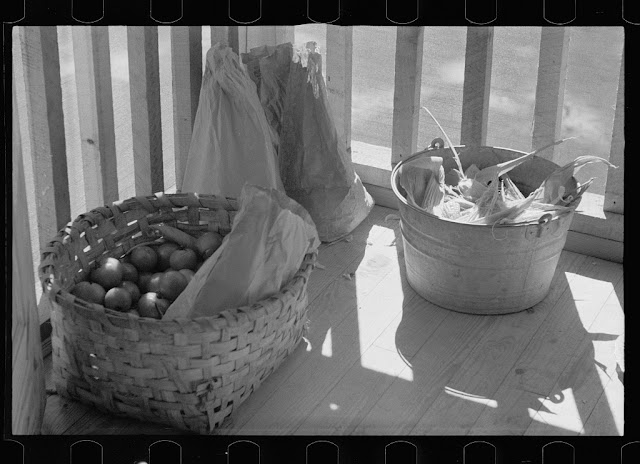 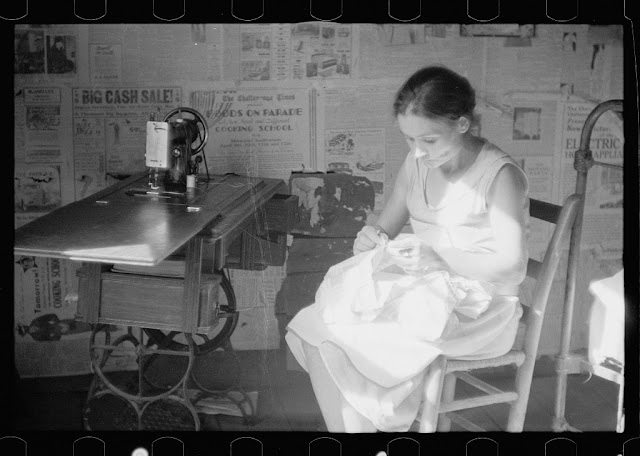 Wife of a sharecropper to be resettled at Skyline 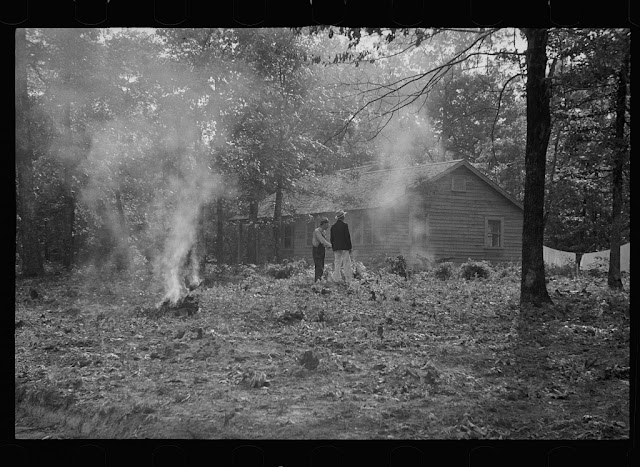 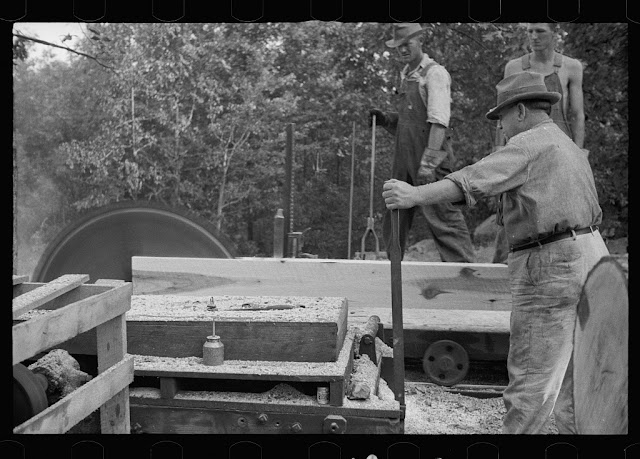 
In 1937 Rothstein and another photographer, Ben Shahn, took many more pictures at Skyline. Below are two of them, the first by Rothstein and the second by Shahn. 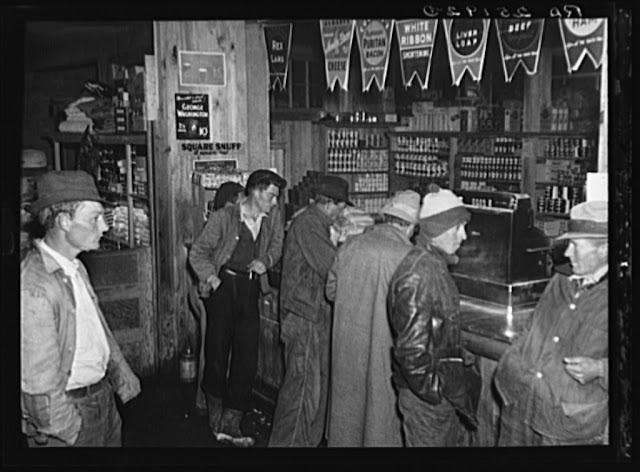 Inside the project store 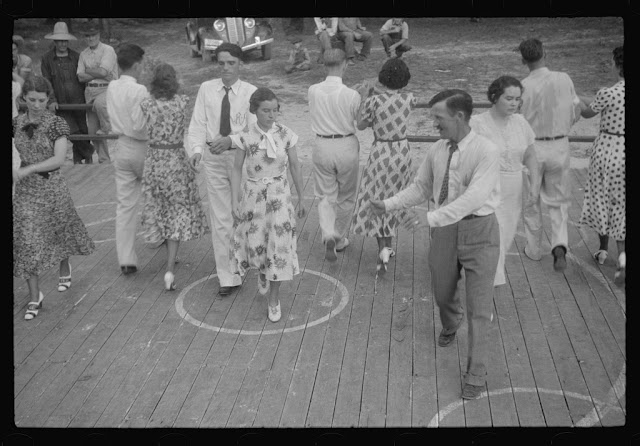 A square dance in progress
Posted by AlabamaYesterdays at 7:14 AM