Back in February I did a blog post on some drug stores in Birmingham in 1906 that offered sandwiches and soda. I thought I'd continue that food and drink theme here. Given the number of restaurants Birmingham has seen over the decades, I'll probably revisit this topic at some point. Comments are below each photo.

All photos are from the Birmingham Public Library's Digital Collections. 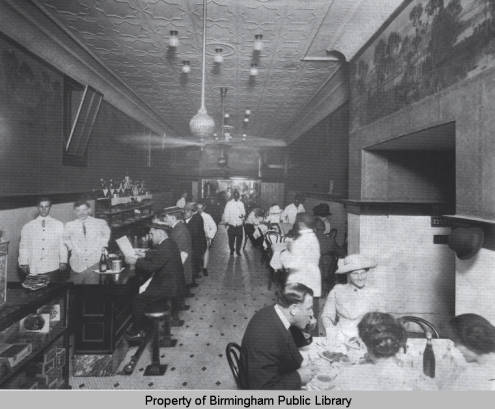 Hooper's Cafe on opening day in February 1906 seemed to be a busy place. The restaurant was then located at 312-314 20th Street North. In the list of city restaurants below taken from the 1920 yellow pages, Hooper's remains in the same location. By the time the 1945 yellow pages appeared, Hooper's had moved to 2009 3rd Avenue North. I wonder how much longer it operated?

According to the BhamWiki entry, the establishment was owned by John Carlton Hooper and "The house special was a 24-ounce hand-cut T-bone. It was served with a baked potato, salad and hot biscuits for 35 cents. Other dishes included tenderloin of trout and sweet potato pie. The all-male wait staff was dressed in tuxedos." 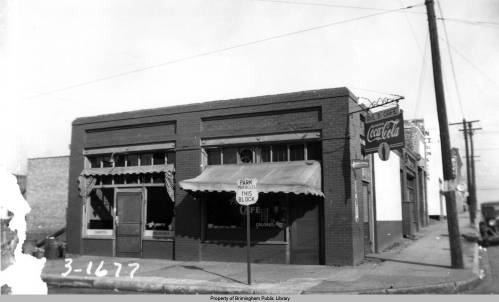 The Avenue B Cafe was located at 2130 2nd Avenue South and included entrances for both "white" and "colored". The photograph was taken for property appraisal purposes by the Jefferson County Board of Equalization some time between 1938 and 1977. That car you can barely see on the right would seem to indicate close to the earlier year. The 1945 yellow pages lists Jim Bouloukos as the manager and notes the "Home Made Chili." 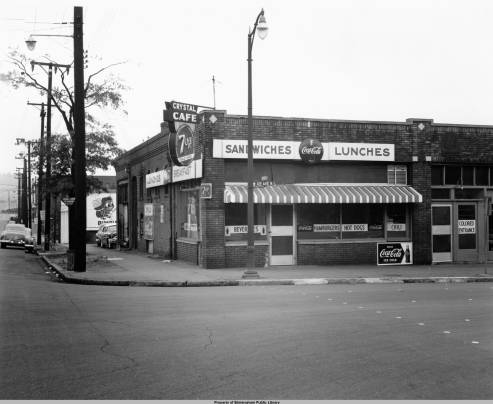 The Crystal Cafe was located at the corner of 4th Avenue North and Twenty-Fifth Street. Barely visible on the right is the "Colored Entrance." The great Birmingham photographer Oscar V. Hunt took this picture sometime before 1960; from the cars on the left, I'd guess late 1940's or early 1950's. The 1945 city yellow pages lists a "Crystal Lunch Room" at this location. 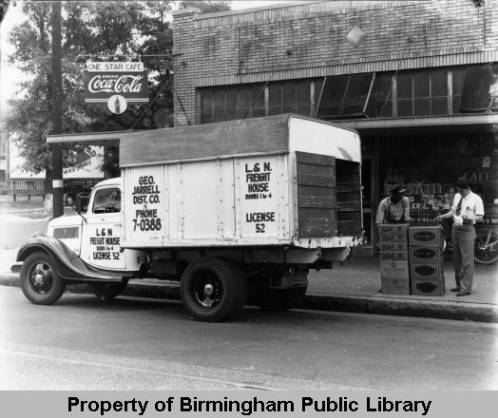 This One Star Cafe photo is another one by Oscar V. Hunt. The George Jarrell Distribution Company is making a delivery at this moment. The 1945 yellow pages list the establishment at 2400 12th Avenue North where you could buy "Sandwiches, Barbecue, Beverages." 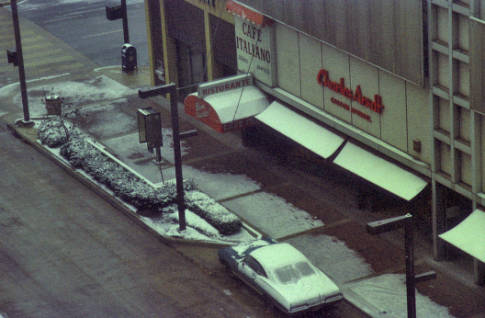 This photograph of the Cafe Italiano exterior on 20th Street announces "Steaks Seafood" and was taken on January 20, 1978. Next door is the Charles Arndt clothing store. 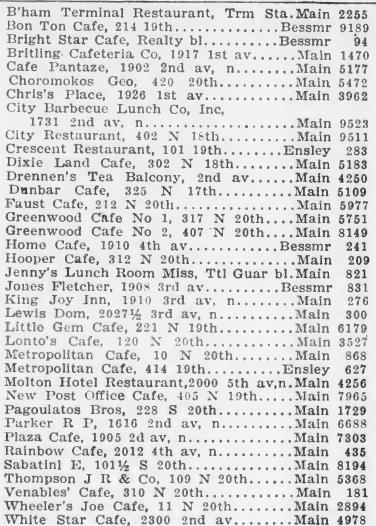 Posted by AlabamaYesterdays at 9:08 AM