In August I posted an item in this series that discussed a photograph of the original terminal at the Birmingham airport. Since then I've found some more photographs, including several taken inside the terminal. All were taken by Charles Preston in 1946 and 1947, according to the entries on the Birmingham Public Library's Digital Collections site. These pictures seem to be something out of a neat old movie, maybe just after Bogie and Bacall have boarded their plane. As always, I have comments on some  of them.

As you'll note from the dates noted below, something does not jive. I suspect one or more dates are incorrect. Or the old Birmingham airport terminal was a way station in the Twilight Zone.

Entrance to the Birmingham Airport taken by Preston in February 1947. This interior shot shows the Eastern Airlines ticket counter and the coffee shop entrance. The clock tells us it's 10:25 am on that February 5, 1947. I wonder if the next flight is running late? 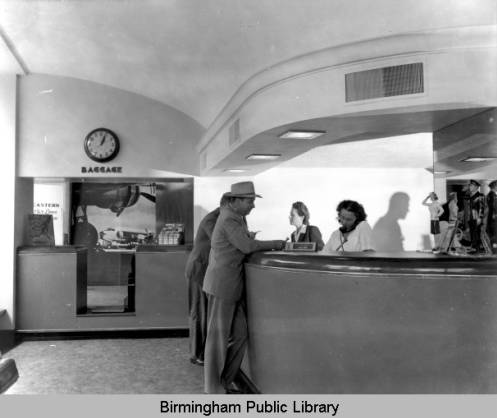 This Preston photograph is dated June 1946 and also shows the Eastern Airlines ticket counter. What happened? Not sure how this more modern looking counter became the counter above. 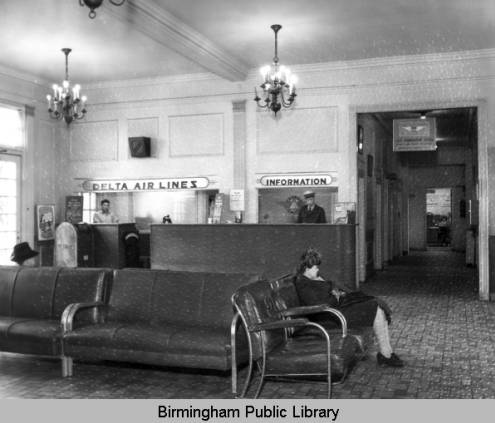 This Preston photograph was also supposedly taken in February 1947. Delta was founded in 1924 as a crop-dusting operation; the airline's headquarters moved to Atlanta in 1941. Note the lone women sitting in a chair; she seems to appear in the next two photographs as well. 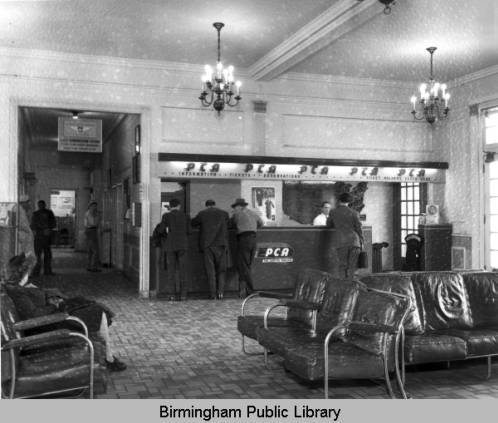 Another February 1947 photo that features the PCA International ticket counter. I'm not sure what "PCA" stood for, and the airline must not have been around long. I couldn't find it on either Wikipedia or a general Google search. And what happened to that coffee shop sign?? 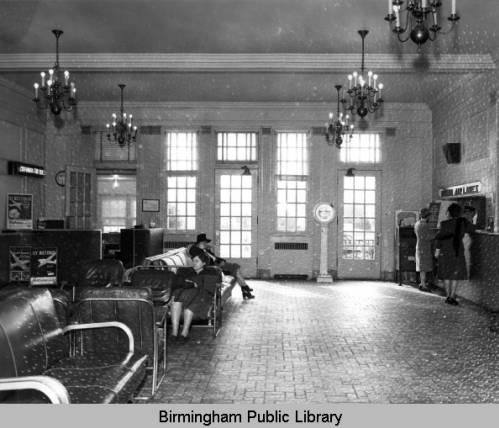 A final February 1947 shot features some of the terminal's windows. 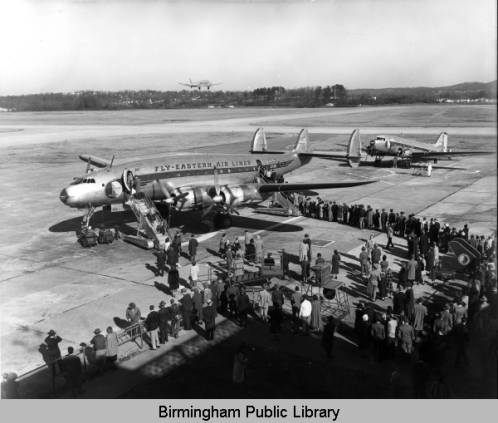 Posted by AlabamaYesterdays at 8:57 AM