On October 9 Dianne, myself and a friend of ours attended a matinee performance of George Batson's play "Design for Murder" at South City Theatre in Pelham. Back in the winter Dianne and I had seen their production of Agatha Christie's "The Mousetrap", and we thoroughly enjoyed both of these performances.

South City Theatre has mounted over 150 adult and children's productions since its founding around 2000. In 2015 the non-profit company moved to its current location in Pelham. The venue is small but intimate, and it's nice to have live theater so close to home.

Below are some photos and more information related to the most recent production we saw and to the play itself. 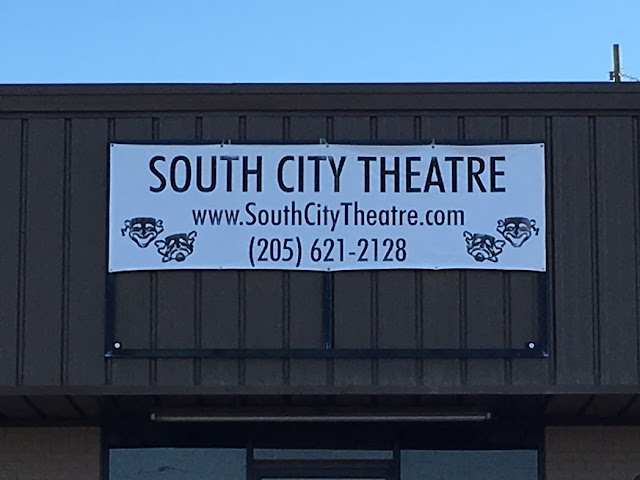 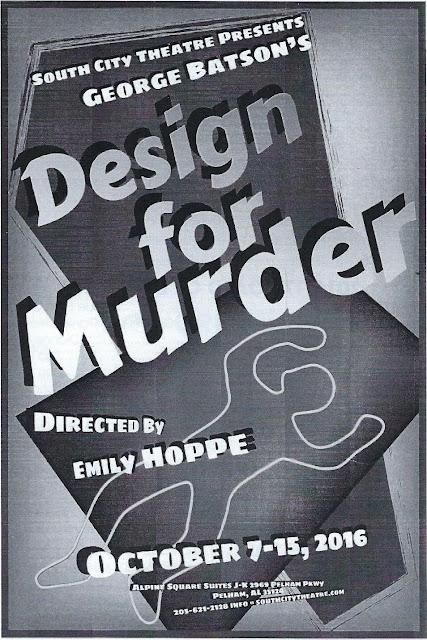 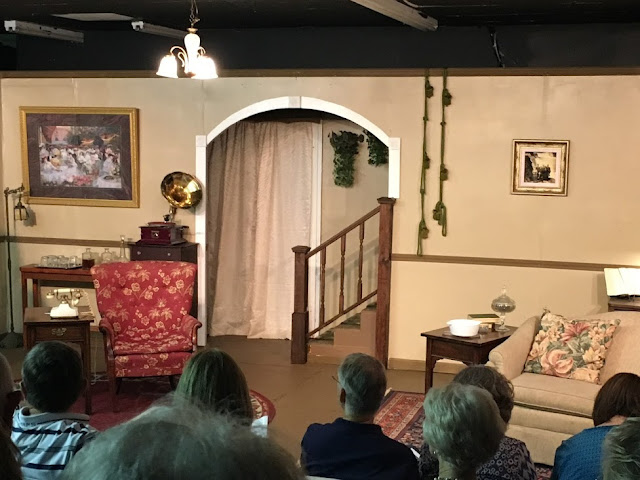 These two photos show the set for "Design for Murder". 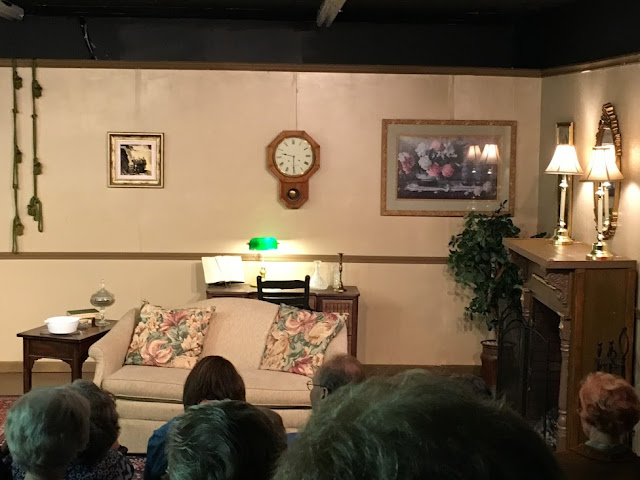 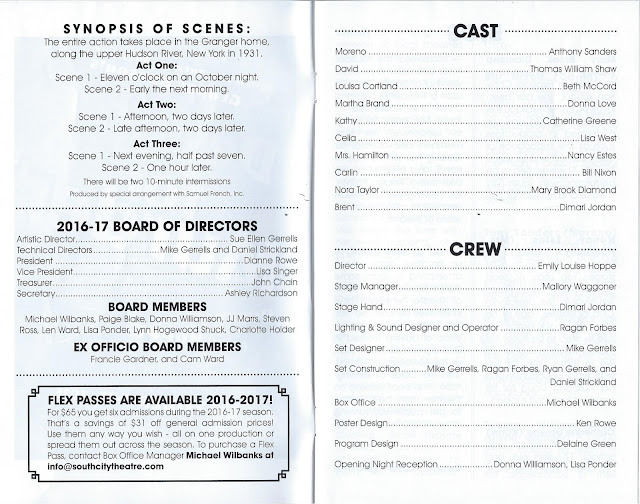 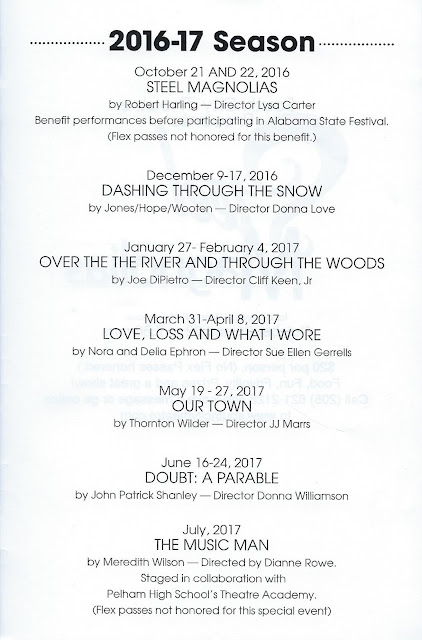 "Design for Murder" is licensed by the Samuel French Company. Below are a couple of quotes from reviews of earlier productions and the plot summary on the company's web site. Written in 1960, the play is set in the 1930's. Batson seems to have written a number of comedies and light-hearted mystery plays over several decades. Tallulah Bankhead also toured in Batson's final production, "House on the Rocks", according to his obituary in the New York Times.

"A swell chiller. A couple of juicy killings and the identify of the culprit well concealed." - New York Mirror

"Tallulah Bankhead toured in this exciting play. The story concerns Celia Granger, her son David and her efforts to maintain the traditions attached to her family and home, a magnificent old mansion on the Hudson River. Suddenly a young maid is killed and Celia finds herself living in a violent present. The detective on the case, a rugged self made man, is revealed to have admired Celia and brings a touch of romance to her life. When the chauffeur who had stumbled upon information linking David and the slain girl is also brutally murdered suspicion falls on every member of the cast. The climax finds Celia alone in the house and the murderer ready to strike again. Comedy is supplied by two women friends who also figure among the suspects."

Posted by AlabamaYesterdays at 6:04 AM