A Quick Visit to Tuskegee

In 2012 son Amos and I made a day trip to some historic sites in Montgomery. We saw a couple of other places as well, including the Clanton drive-in ruin I've written about here. I plan several posts on the Montgomery portion; in this one I cover our quick visit to Tuskegee.

Tuskegee became the seat of Macon County in 1833. Several Native American towns in Alabama, perhaps Creek, were given this name. In his book Historic Indian Towns in Alabama, 1540-1838, Amos J. Wright, Jr., notes four of them located on the Alabama, Chattahoochee, Coosa and Tennessee Rivers. Virginia O. Foscue in Place Names in Alabama says the name is probably a Muskhogean or Creek tribe and means "warrior(s)". There is a ghost town in Oklahoma of the same name. I've written about other Native American names from Alabama in Oklahoma here.

Unfortunately, the town was at the end of the day before we headed home, so we didn't have a lot of time. We drove through the pretty Tuskegee University campus and saw the downtown square. Comments are below some of the photographs. 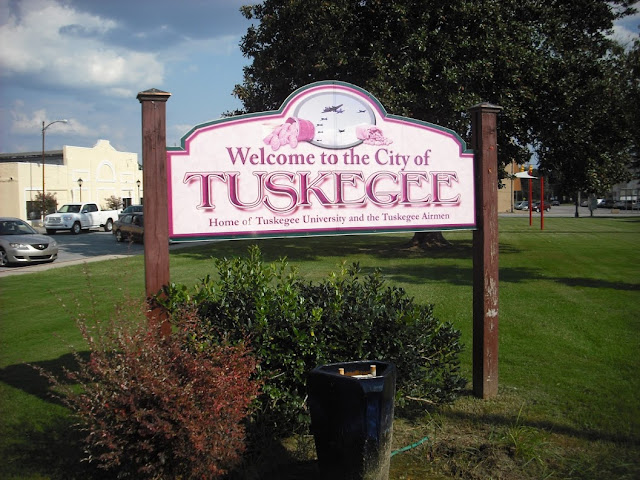 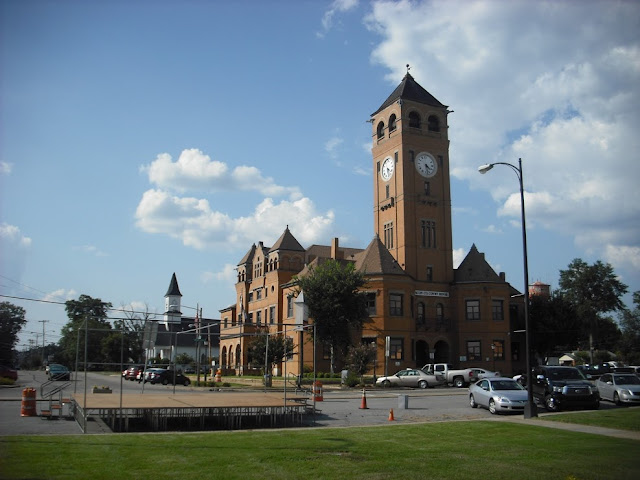 The Macon County courthouse is an impressive piece of architecture. Built in 1905, the style as know as Romanesque and was popularized by Henry Hobson Richardson of Boston. Popular from about 1880 until 1910 for public buildings across the United States, the style resulted in a spectacular courthouse for a small rural county seat. The history of "one of the best-preserved turn-of-the-century courthouses in Alabama" can be found in Samuel A. Rumore, Jr., "Building Alabama's Courthouses: Macon County Courthouse," Alabama Lawyer 56(5): 207-209, 212, July 1995 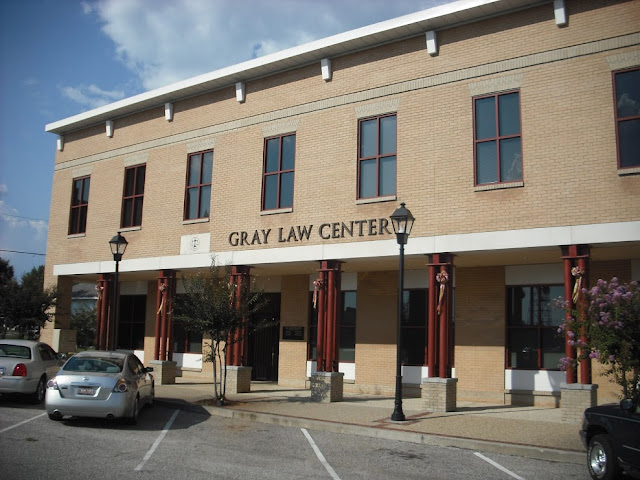 Fred Gray has been called "the foremost civil rights attorney in Alabama history." Barclay Key's entry on Gray in the Encyclopedia of Alabama is a good summary of his achievements over many decades. 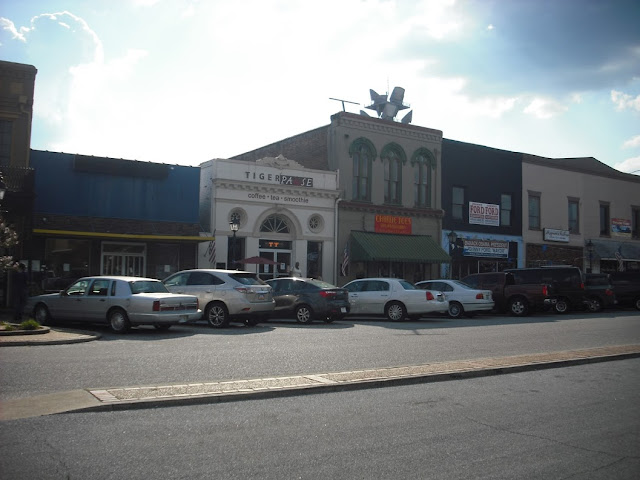 Of course, two coffee lovers had to spend a bit of time in the Tiger Pause "coffee, tea and smoothies" shop. We found it to be a nice place to relax on a hot day. 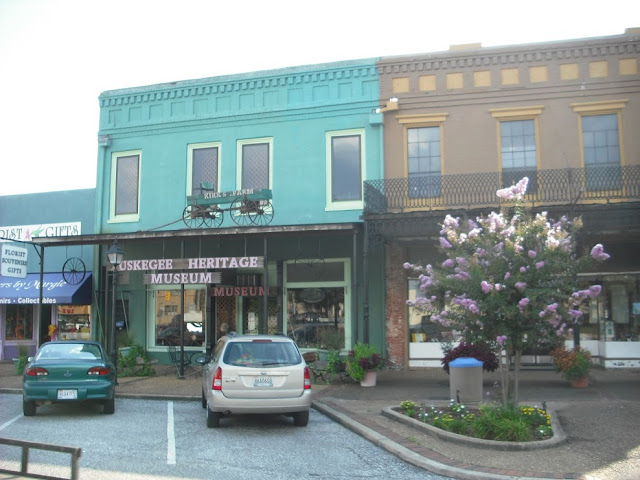 Tuskegee's history dates to the mid-1700's when a French fort was established on the site. As several of these pictures demonstrate, a number of the downtown buildings have been restored. 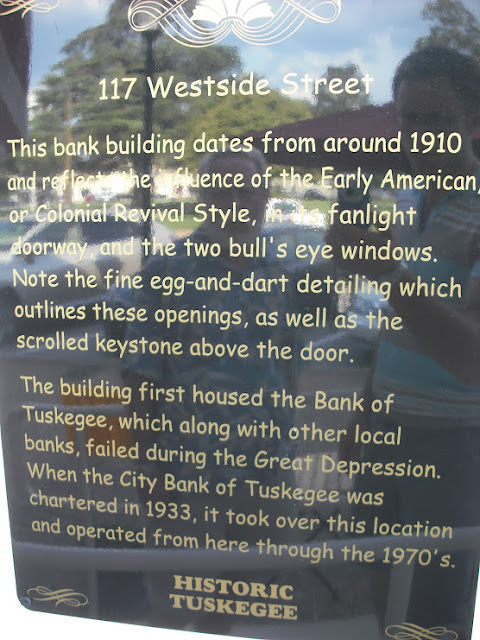 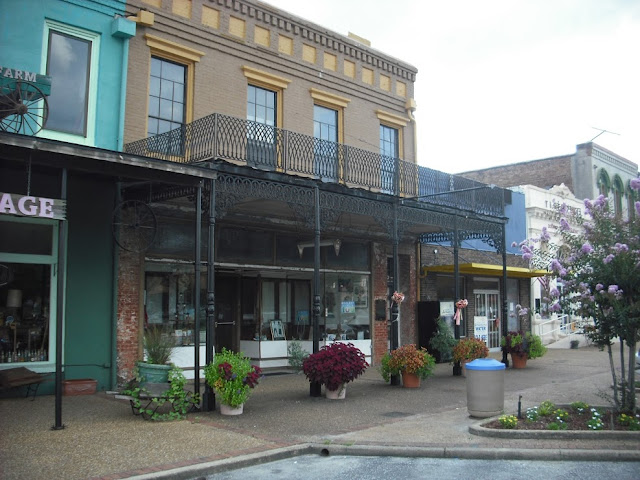 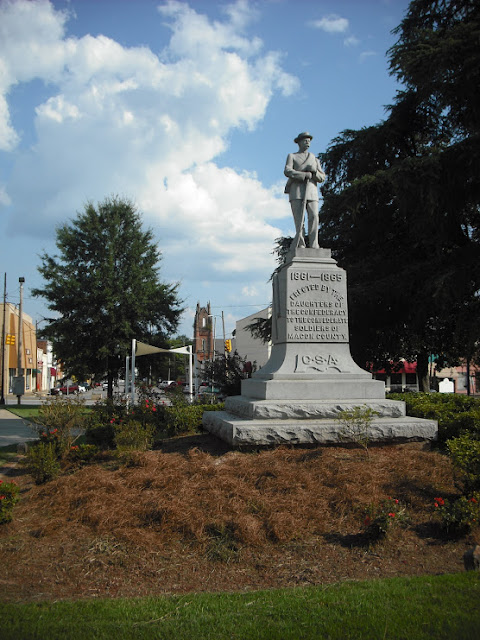 Also to be seen in downtown Tuskegee are signs of the ironies of history. 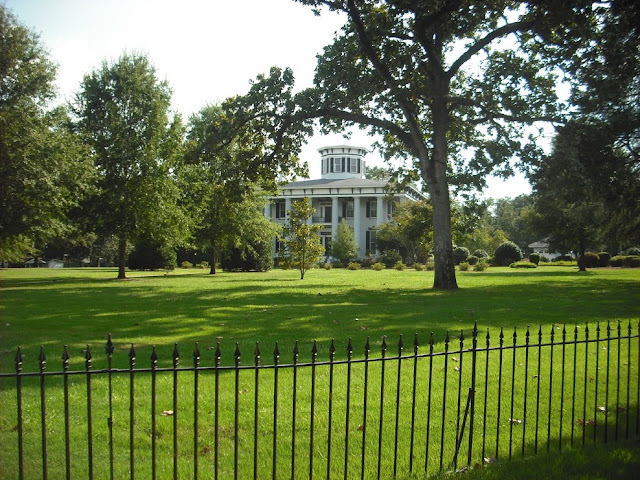 Built in the 1850's, Grey Columns now serves as the home of Tuskegee University's President. An older photograph can be seen below. More irony... 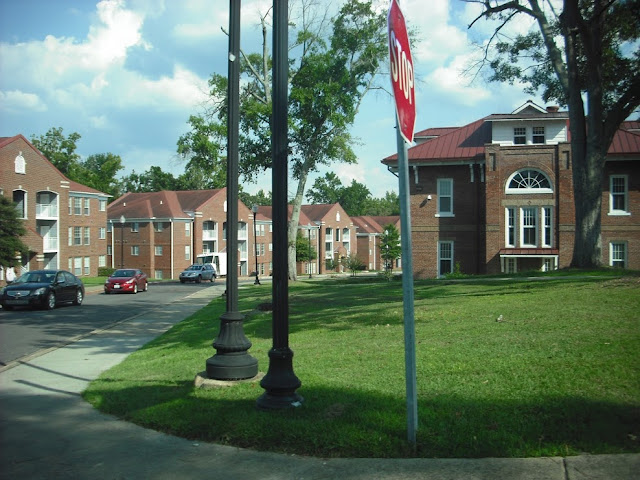 Tuskegee University has a pretty campus with striking architecture. I wish I had taken more photos! 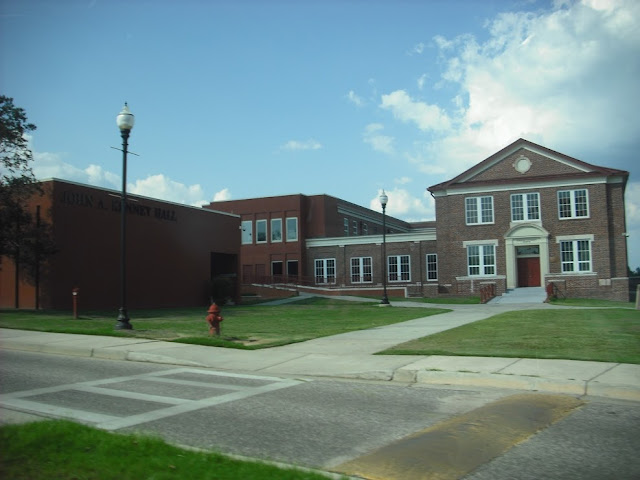 Near the roof of the building to the left you may be able to read "John A. Kenney Hall." Kenney was an early black physician in Alabama, and served a number of years at Tuskegee Institute. He was personal doctor to Booker T. Washington and George Washington Carver. 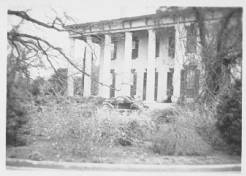