I recently ran across one of those fascinating tidbits of Alabama history worth sharing here. In Wayne Ruple's book Cleburne County [Images of America Series. Arcadia Publishing, 2010] the following information appears on page 9 in the "Introduction":

"The beauty of Cleburne County drew national attention in January 1961, when Hollywood actress and Oscar winner Susan Hayward and her husband, F. Easton Chalkley of Carrollton, Georgia, purchased property along the Tallapoosa River. The couple bought the W. J. Cole home and 600 acres of land and called their new ranch Chalmar. They remodeled the house originally built in 1912 by W. O. Owen, built a new air-conditioned barn, renovated a small outbuilding for a studio, and brought in 200 to 300 cows and a prized $30,000 polled Hereford bull."

Hayward's Hollywood career began in the 1930's and lasted until the early 1970's. In the 1950's she was one of the industry's top stars. Nominated five times for a Best Actress Academy Award, she finally won in 1958 for her performance as Barbara Graham, an habitual criminal facing execution. The role exemplified many of the characters she played: strong, feisty women. She continued those roles late in her career as well. Helen Lawson in 1967's Valley of the Dolls is a fading star trying to hang on to the glory. Hayward's performance is almost as spooky as Gloria Swanson's in Sunset Boulevard. Fittingly, Doug McClelland's 1973 biography is entitled Susan Hayward, The Divine Bitch.

She's always been a favorite actress of mine from the Golden Age of Hollywood, so I was pleased to find an Alabama connection. But it's a puzzling one. Her Wikipedia entry includes more information on that connection:

"In 1957, Hayward married Floyd Eaton Chalkley, commonly known as Eaton Chalkley. He was a Georgia rancher and businessman who had formerly worked as a federal agent. Though he was an unusual husband for a Hollywood movie star, the marriage was a happy one. She lived with him on a farm near Carrollton, Georgia. The couple also owned property across the state line in Cleburne County, just outside Heflin, Alabama.[7] She became a popular figure in an area that in the 1950s was off the beaten path for most celebrities. ...Chalkley died on January 9, 1966. Hayward went into mourning and did little acting for several years, and took up residence in Florida, because she preferred not to live in her Georgia home without her husband."

Chalkley was her second husband. As noted in Ruple's Cleburne County book, the couple also bought the property near Heflin and developed it extensively. I've been unable to determine if they ever actually lived there or what has happened to the property in subsequent years. Anyone with information is invited to share in the comments.

I did find this photo on Alabama Mosaic, taken in December 1995 and identified as the Owen residence in Heflin. I wonder if it's the 1912 home built by W.C. Owen and remodeled by the Chalkleys that Ruple mentions in his book. 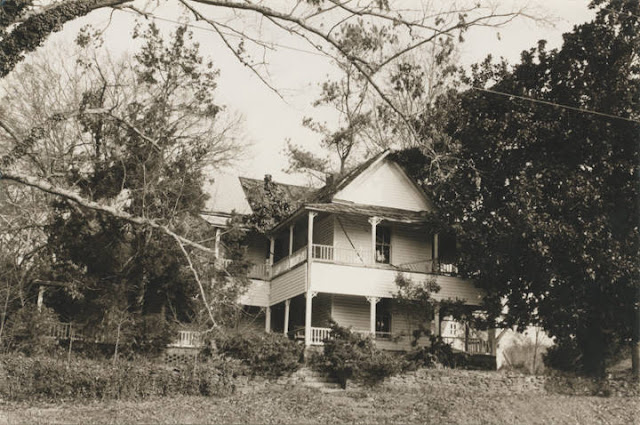 Hayward died of a brain tumor in March 1975 and was buried next to her second husband in Carrollton, Georgia. The Associated Press story below describes the funeral. The feisty lady from Brooklyn, who auditioned for the part of Scarlett O'Hara in Gone with the Wind, had a long, strange trip to her final resting place in a small Georgia town. 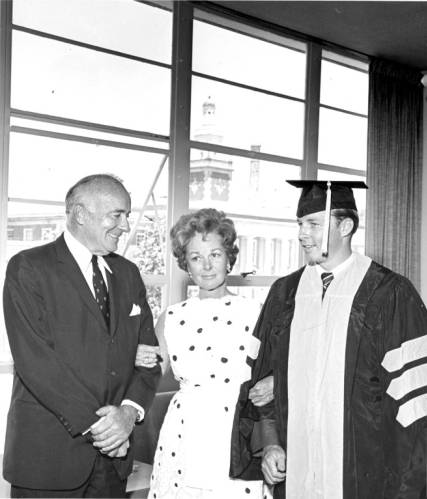 In June 1969 Hayward came to Auburn University to watch her son Gregory Baker graduate from the School of Veterinary Medicine. 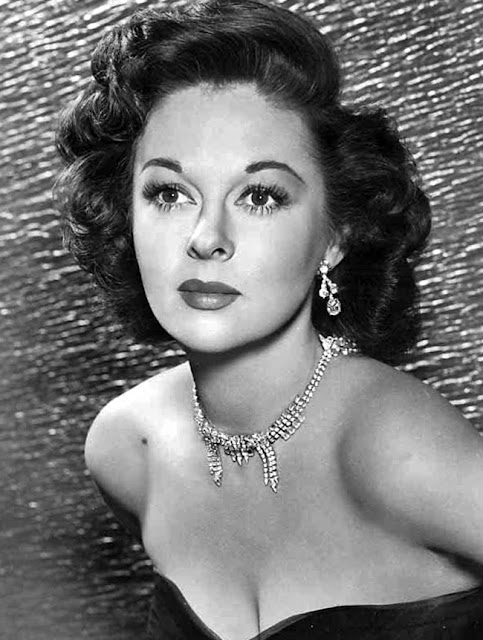 Studio publicity photo of Hayward in the early 1940's 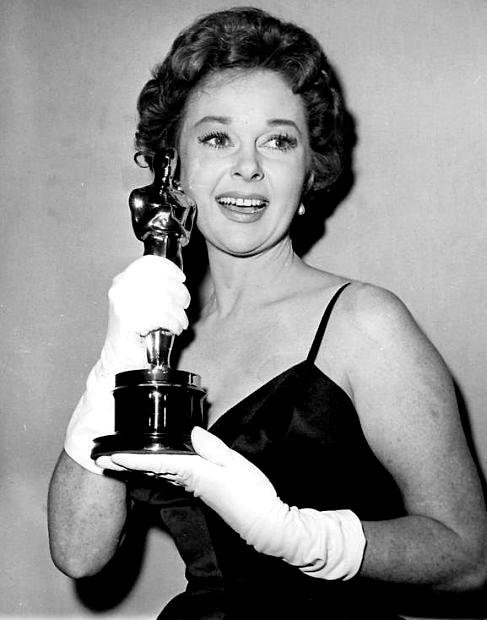 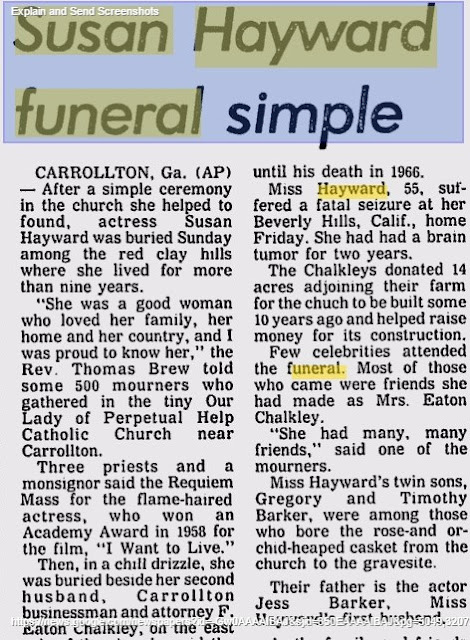 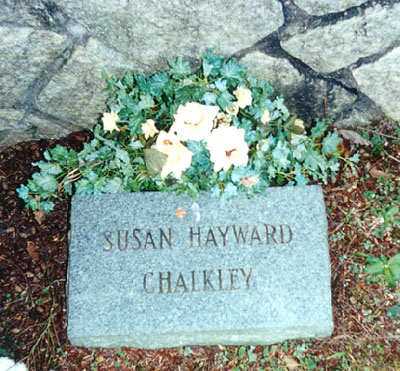