Most of us are familiar with the World War II battleship USS Alabama saved from the scrapyard in the 1960's and now the centerpiece of Battleship Memorial Park in Mobile. I've written about the campaign to save her here.

An earlier battleship designated the USS Alabama did not have such a pleasant fate. Launched in 1898 and commissioned two years latter, the Alabama had a long service history, cruising to ports around the world. She was decommissioned for the last time in May, 1920, and in September of the following year turned over to the War Department for use as an aerial bombardment target by the U.S. Army Air Service.

Under the supervision of legendary General Billy Mitchell, the battleship was attacked by aircraft with both chemical and demolition bombs. On September 27 she finally sank in shallow water; the USS Alabama remained there until sold for scrap in March 1924.

Several photos related to the 1898 vessel are below. Many others featuring commanders, crew members and the ship can be found at the Navsource Online Battleship Photo Archive. A film about the ship over three minutes long can be found on YouTube. Additional photos can be found here.

Information about the World War II light cruiser USS Birmingham can be found here. The most recent of four ships named USS Montgomery after the state capitol was launched in August 2014. 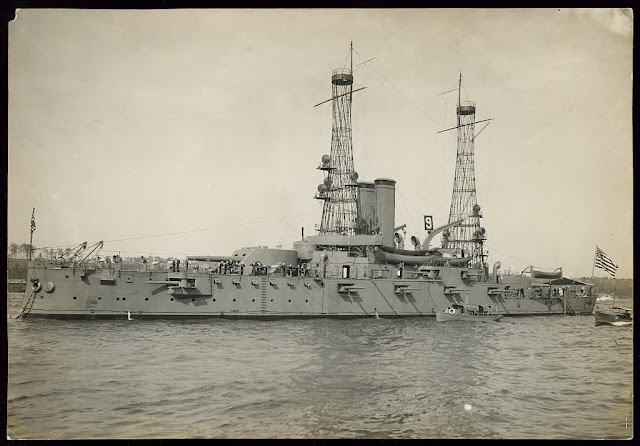 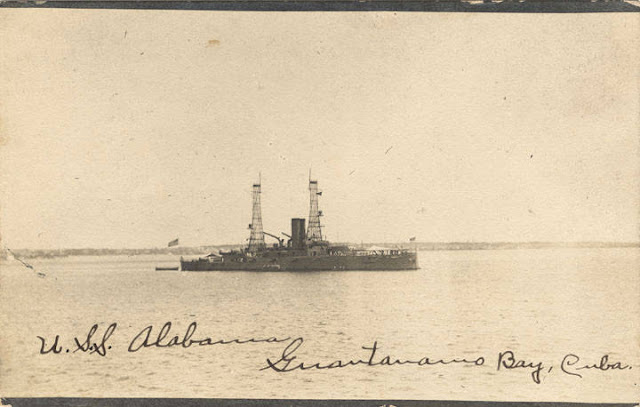 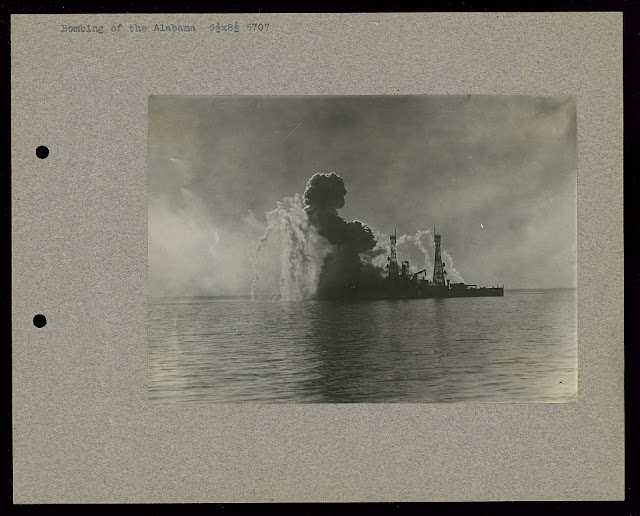 USS Alabama being used for aerial target practice in 1921 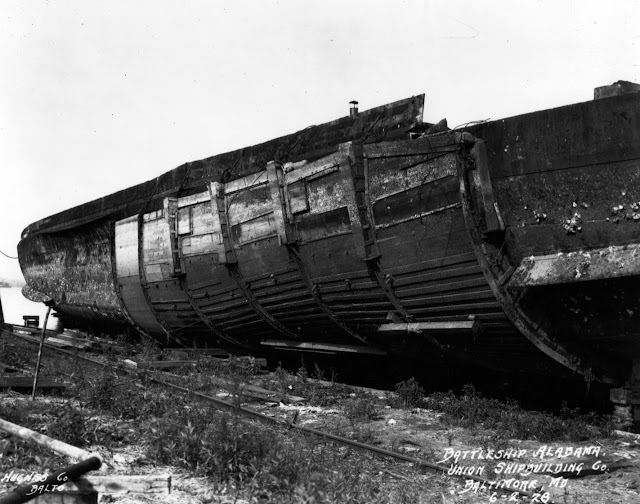 Portion of the USS Alabama being scrapped at a shipyard in Baltimore, Maryland in June 1928.

"Alabama had been sunk in bombing tests in September 1921 and had to be raised for scrapping. Note the cofferdam used to seal her hull amidships, and the dished-in side plating caused by near-miss bomb explosions." 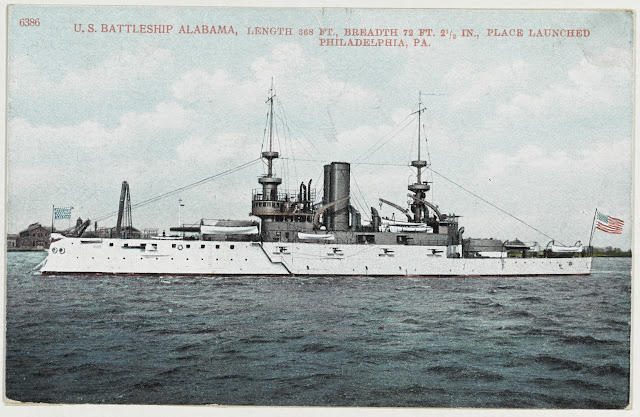 Postcard of the battleship from the early 1900's 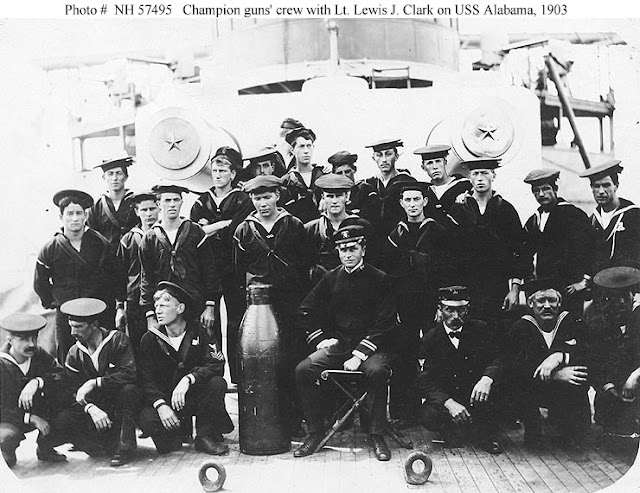 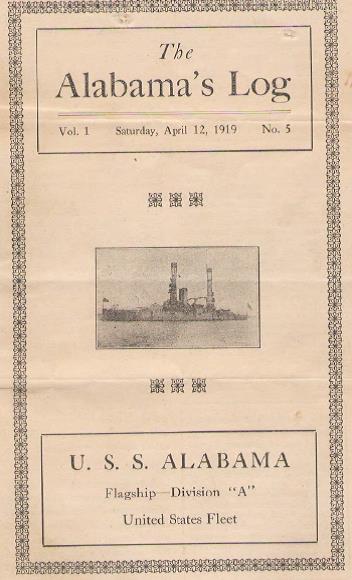 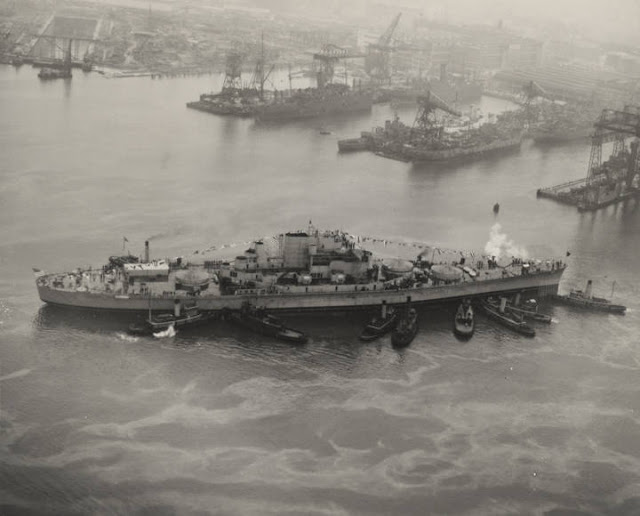 Posted by AlabamaYesterdays at 10:43 AM