In the fall of 2012 Dianne and I made a trip up to Desoto State Park outside Fort Payne and stayed for a few days. These photos are from that trip; I'll be doing another post with more pictures as well. I've already done a post on the fascinating Sallie Howard Memorial Chapel just outside the park.

After the Civil War, the Birmingham to Chattanooga railroad line passed through Fort Payne, and the town enjoyed a brief industrial boom as investments from New England poured into the area. The Opera House and other opulent buildings were constructed during this four-year period. In 1907 the first hosiery mill was built in Fort Payne, creating a second economic wave that lasted for many decades.

One place in the area we visited was the Orbix Hot Glass Studio. Glassblowing is a difficult and beautiful art; you can get up close to it here. In addition to watching the process, the shop offers a variety of pieces for sale. Unfortunately, I did not take any photos there.

Comments are below most of these photographs. 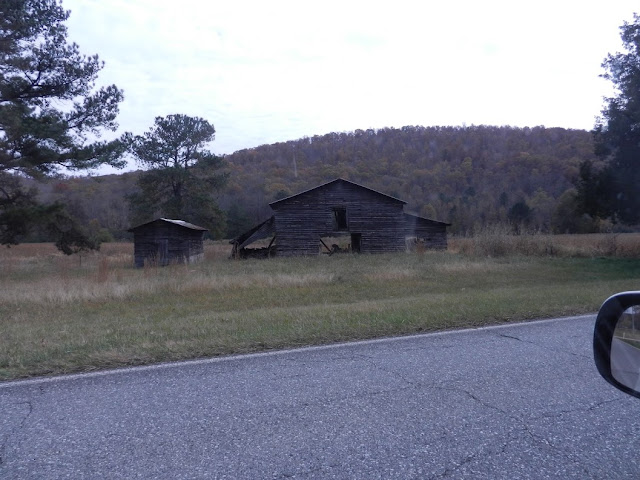 There's something fascinating about old barns. 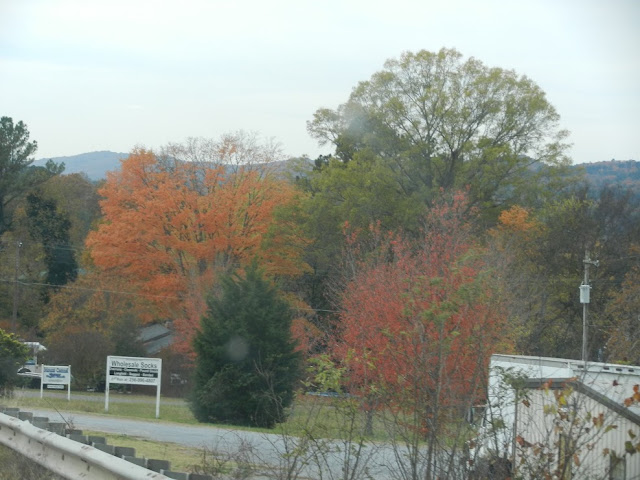 Fall colors in Alabama can be fascinating, too. 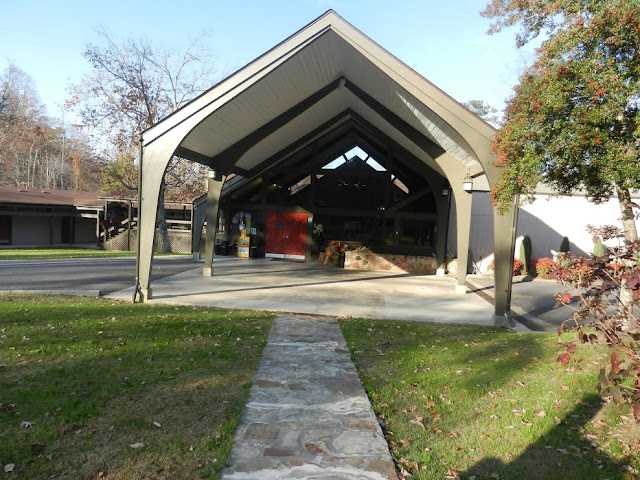 Here's the lodge entrance. You can almost see the door of our room in the middle left of the photo. The Mountain Inn Restaurant here served some wonderful meals; the breakfast buffet was especially good. 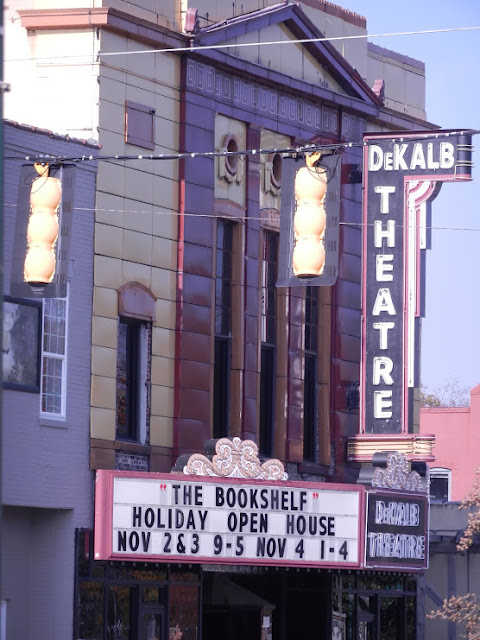 The town of Fort Payne has a lot of history and restored buildings are common downtown. I'm always attracted to old theaters and cinema houses; this one was built in 1935 and is still thriving. 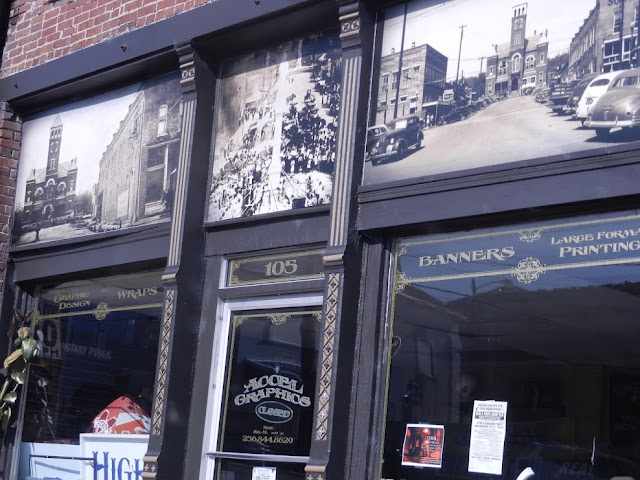 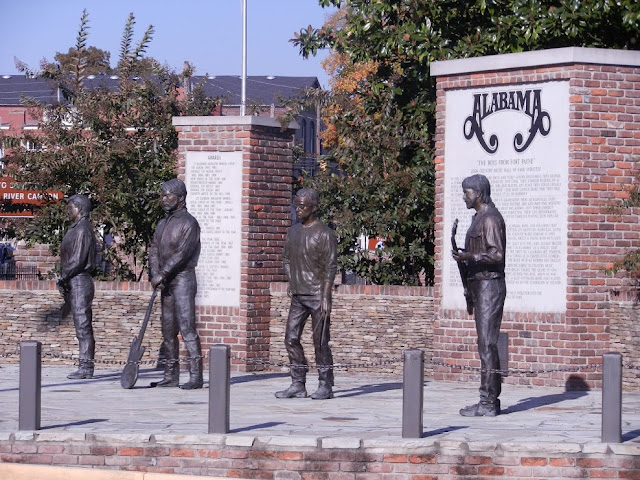 Fort Payne has honored the group "Alabama" in a big way. That makes sense; they were one of the most successful musical acts in the U.S. from 1979 until 2004. 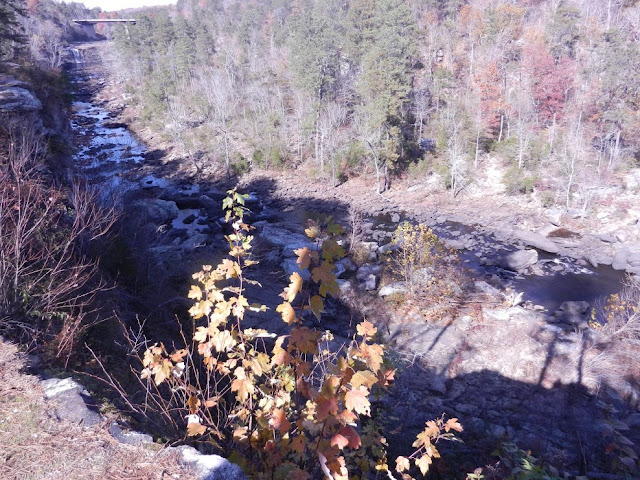 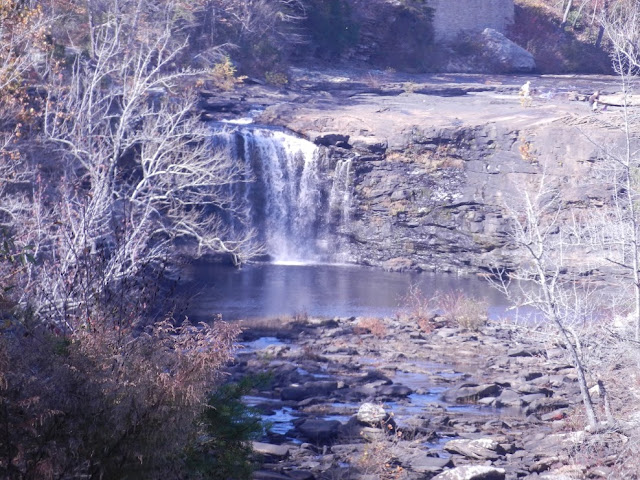 Also near Fort Payne is the Little River Canyon National Preserve, which has some of the most spectacular scenery in Alabama. DeSoto State Park is actually located within the Preserve. Here are a few photos taken in the Preserve; more will follow in the second post about this trip.

Back in the 1960's, long before the Preserve was created in 1992, I came here on a Boy Scout camping trip. One thing I remember vividly from that trip was hiking to the bottom of the canyon and looking back up. Hulks of derelict cars could be seen on the sides of the canyon. Seems the area, being remote, was the perfect site to dump stolen cars after they were stripped of parts. At least that's how I remember the story. 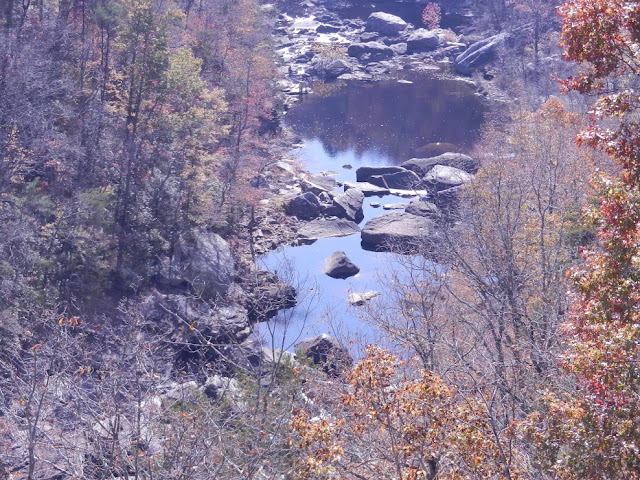 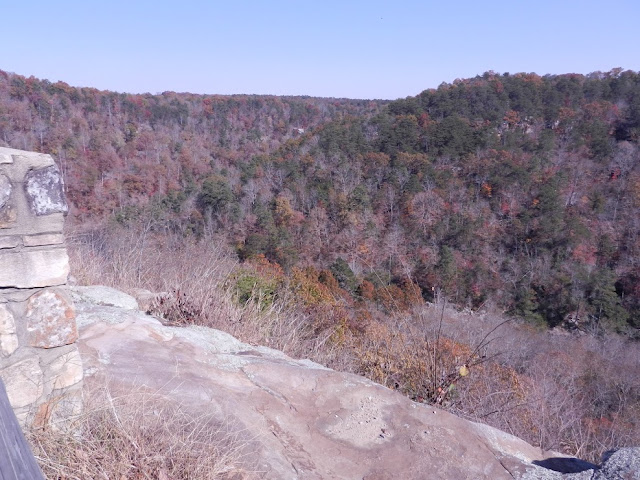 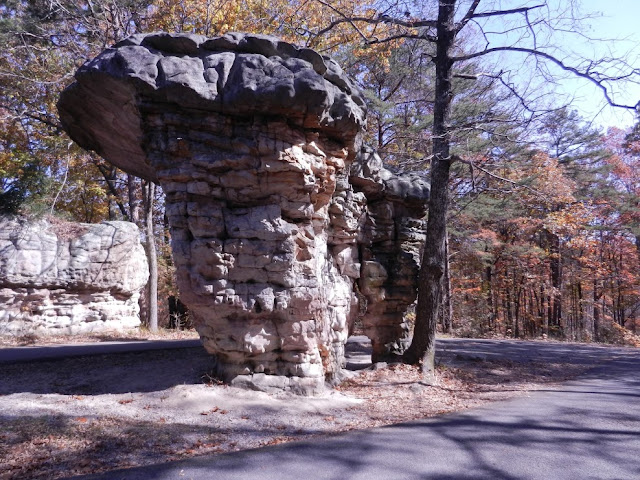 Even the road around the canyon offers spectacular rocks.
Posted by AlabamaYesterdays at 7:24 AM