Whatever Happened to Advance, Alabama?

Everyone loves a mystery, so here's one.

In the summer of 1936 writer James Agee and photographer Walker Evans headed to Hale County, Alabama, on assignment for Fortune magazine. Agee had worked at the New York City publication since 1932. In 1935 Evans, working for New Deal agencies the Resettlement Administration and then the Farm Security Administration, spent time in the South documenting the effects of the Great Depression. I have written about the photographs Evans took in Birmingham on that trip in a previous blog post.

Agee planned to write about the life of southern sharecroppers and tenant farmers, and he and Evans lived with three different families in Hale County for eight weeks that summer. The resulting lengthy article manuscript was rejected by Fortune, but in 1941 Agee published a book-length account, Let Us Now Praise Famous Men, that featured many of the photographs Evans took on their trip.

Largely ignored at the time of publication, the book is now considered a classic and is a wonderful read. Although he used pseudonyms in the book, the real people have become well-known as well. The book has been very controversial in Hale County for various reasons, but I found it to be a sympathetic portrayal of noble people living in difficult circumstances. Agee was also a poet and fiction writer, and this book draws on techniques from both genres.

Another manuscript about the trip was published in 2013 as Cotton Tenants. The original book inspired composer Aaron Copeland to write his opera The Tender Land, completed in 1954. In 1989 Dale Maharidge and Michael Williamson published And Their Children After Them, which carries the stories of Agee's farmers up to the time of publication. The book won the 1990 Pulitzer Prize for General Non-Fiction.

The two photographs below were taken by Evans on one of his two trips to the state and are labelled on various sites as being in "Advance, Alabama." The Photogrammer site at Yale University makes available thousands of photos taken in the 1930's and 1940's by New Deal photographers. These two are identified there is being taken in 1935 in Lee County.

Both the date and place seem wrong. Evans was indeed in Alabama in late 1935, but I have not encountered any reference to him in Lee County. The first photograph below appears in Let Us Now Praise Famous Men right after a photo of downtown Greensboro. That would seem to indicate the photos were taken on that summer 1936 trip with Agee.

"Advance" does not appear in Foscue's Place Names in Alabama or Harris' Dead Towns of Alabama. I've looked at 1937 road maps of Hale and Tuscaloosa counties and did not find "Advance." I also did not find such a town listed in the U.S. Geological Survey's Geographical Names Information System.

We should remember that Agee used pseudonyms for both the people and places in his book except for Birmingham. The county seat in Hale, Greensboro; the town nearest to the tenant families, Akron; and even Moundville are given other names. I wonder if "Advance" is the name given by Agee to some abandoned place in Hale County or if these shots were taken somewhere in Akron, Moundville or Greensboro. The only internal clue I can find, the C.W. Lewis Furniture Company, is described below. I did not find anything on the "Dunnvant General Merchandise" store.

If you have any more info about the mystery of Advance, Alabama, let all of us know in the comments!! 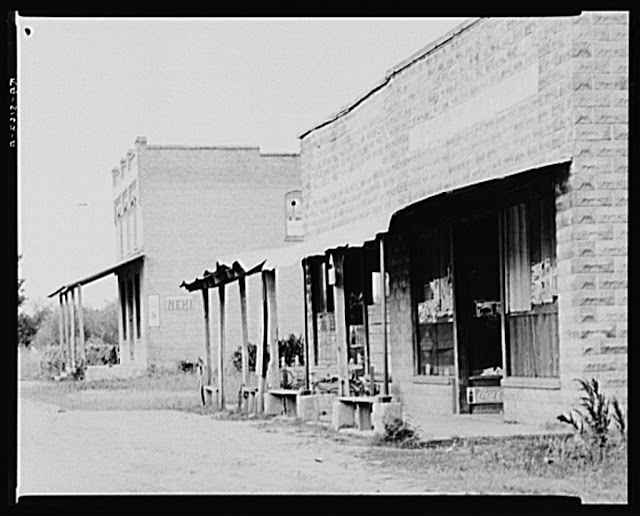 This photo appears in Let Us Now Praise Famous Men right after one of downtown Greensboro. 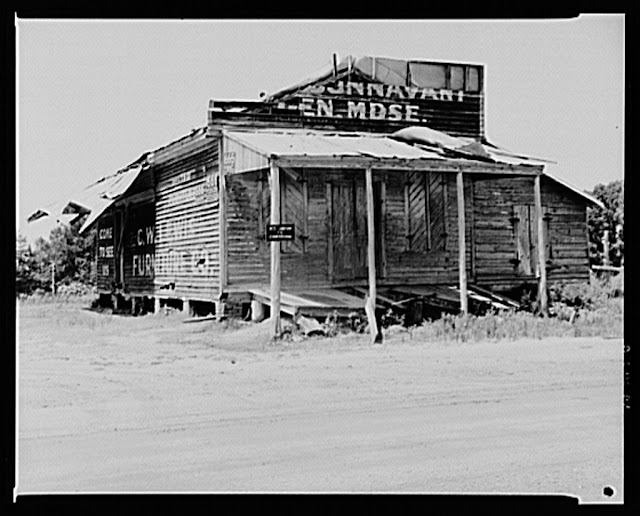 On the side of this Dunnavant General Merchandise store is an advertisement for a Tuscaloosa business, C.W. Lewis Furniture Company. The ad urges "Come to See Us." 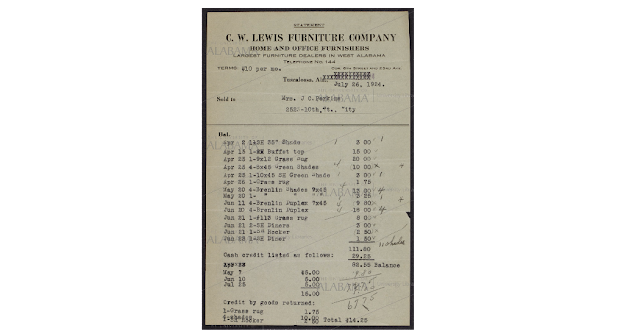 A C.W. Lewis Furniture Co. advertisement from the 1925 volume of the University of Alabama's yearbook, The Corolla 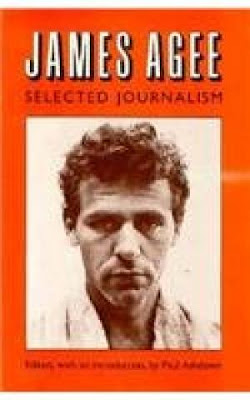 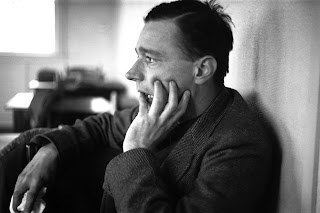 Posted by AlabamaYesterdays at 12:15 PM