In February and March 1913 the first large exhibition of modern art in the United States took place at a National Guard armory in New York City. Known formally as the International Exhibition of Modern Art, the show created controversy among American art critics and creative ferment among artists. The European avant garde had landed here. The single most controversial piece in the show was probably Marcel Duchamp's "Nude Descending a Staircase, no. 2", which one critic famously described as "an explosion in a shingle factory."

The works of numerous American and European artists and sculptors filled many galleries in the exhibition. Some fifty women were included in the show; one of them was Alabama native Anne Goldthwaite.

Goldthwaite was born in Montgomery on June 28, 1869. Her father, Richard Wallach Goldthwaite, had served as an officer in the Confederate army. Her mother was Lucy Boyd Armistead Goldthwaite. The 1870 U.S. Census shows "Annie" living with her family in Montgomery's 4th ward. Her father's occupation was "lawyer". The family soon moved to Dallas, Texas, where she grew up.

By 1892, with her family's encouragement, Goldthwaite had moved to New York to study art under Walter Shirlaw at the National Academy of Design. She moved again in 1906, this time to Paris to study with Charles Guerin. She remained there for several years, becoming a part of the artists and writers in Gertrude Stein's vast modernist circle. She returned to the U.S. for good around the time of the Armory show. Despite her association with modernism, Goldthwaite remained a figurative painter whose subjects were often scenes from the past of the U.S. South.

Early in the 1920's until her death on January 29, 1944, she worked and accepted commissions in New York. In the late 1930's she served as president of the New York Society of Women Artists. Goldthwaite maintained her ties to the South, however, and returned to Montgomery every summer. One of her commissions was the mural, "The Road to Tuskegee" in 1937 in that city's post office. The building is now the Jessie Clinton Arts Centre.

Two catalogs from New York City exhibitions of her work are available via the Internet Archive, one in 1915 here and in 1921 here. Both have interesting prefaces with comments about her work and details of her life to that date, but the earlier one is longer and more detailed.

"Here was a modest young woman, the descendant of the old slave-owning cavaliers of Alabama, whose work excited the enthusiasm of conservatives and progressives in Paris and New York", wrote Martin Birnbaum. Her portraits are "vivid impressions of character. They reveal a vision clear and true, a method free from the slightest affectation, a vigor of touch and a vehement handling, rarely associated with a woman's art....When she paints the landscapes of her native state, the same convincing power becomes manifest...treated in a highly original manner....and evoke the very spirit of the South."

The Montgomery Museum of Fine Arts acquired some of her work as part of its collecting of southern artists in the 1940's and 1950's. The Museum had an exhibition of her work in 2016; the institution holds over 500 oil paintings, etchings, lithographs and works of sculpture.  Some of her works are also held by the Smithsonian's American Art Museum in Washington, D.C.

Goldthwaite was included in a recent article by Patricia Frank, "The 19th Century Women Artists You Don't Know But Should." 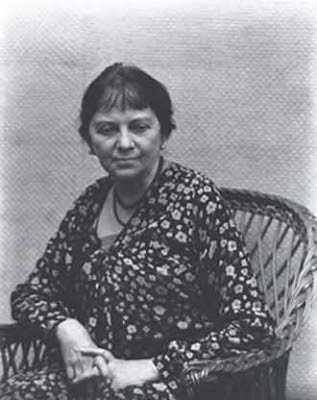 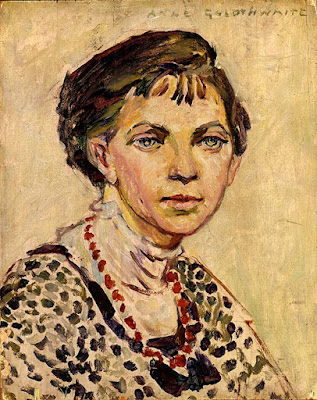 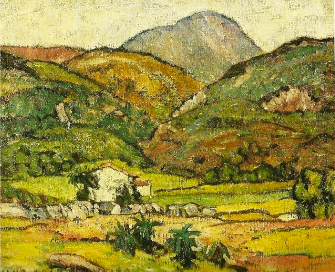 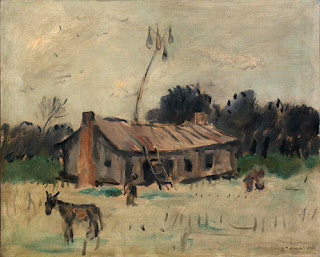 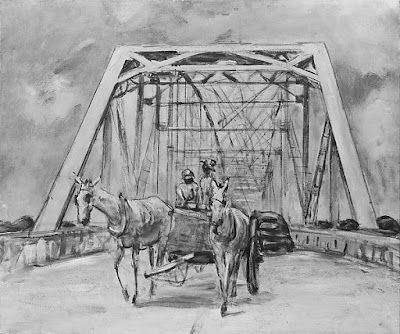 “White Mules on a Bridge” by Anne Goldthwaite  via The Metropolitan Museum of Art licensed under CC0 1.0 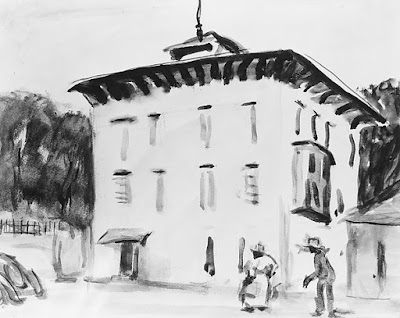 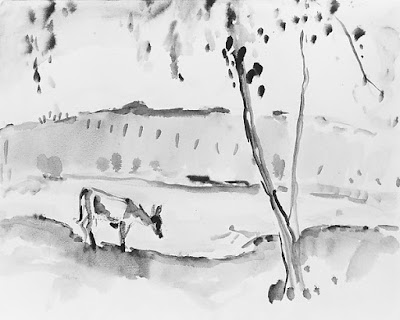 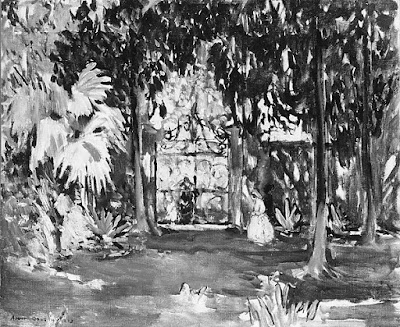 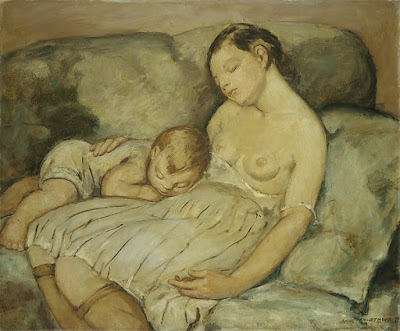 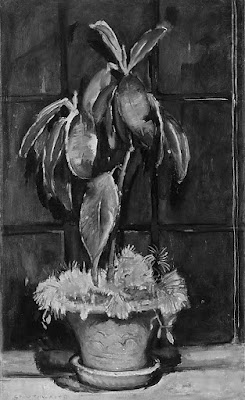 "A Window at Night" 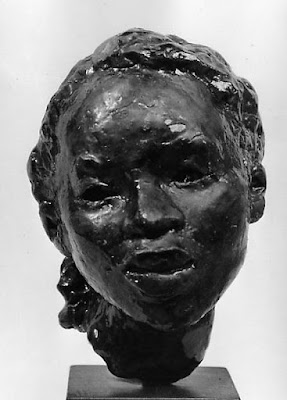 "Head of a Negress: Rachel" 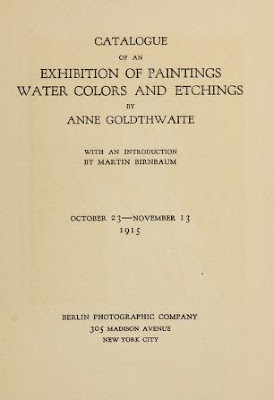 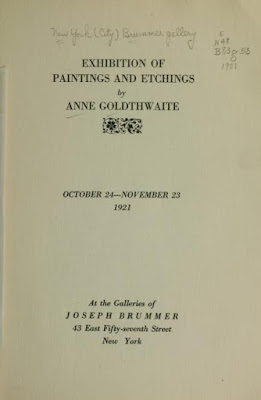 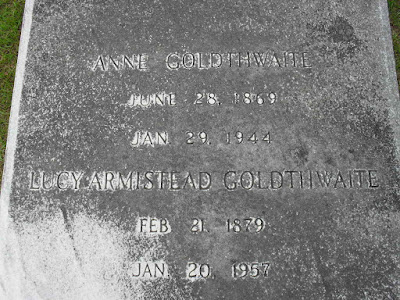 Goldthwaite is buried in Oakwood Cemetery in Montgomery.


Posted by AlabamaYesterdays at 9:14 AM