In July 2012 my brother Richard and I took the first of our summer trips together visiting sites mostly related to either Alabama history or family history in the state. On this trip we took in not only the two places discussed in this post, but sites in other cities such as Sylacauga, Alexander City, Gadsden, Rainbow City and Hokes Bluff. Future blog posts on those place are coming.

I'm finally starting to do something on this blog with all the photos I took, so here's where we begin. These two places are related to a pair of defining periods in national and Alabama history--the Creek War of 1813-1814 and the Civil War.

We stopped first at Confederate Memorial Park in Chilton County. This park and museum is located on the site of the Confederate Soldiers' Home, which the state operated from 1902 until 1939 for aging veterans, their wives and widows. The park was created in 1964; in 1971 the Alabama Historical Commission took over operations. The Encyclopedia of Alabama has a history of the facility available here.

There are several things to see in the park. The modern museum has numerous artifacts related to the average Confederate soldier and the postwar years. Almost 300 veterans and several wives and widows are buried in the two cemeteries. The property also has a nature trail through an Alabama Treasure Forest. The Mountain Creek Post Office built in 1900 and the Marbury Methodist Church built in 1883 have been moved to the site.

Once we had finished at the Park, we headed off to Tallapoosa County and the National Military Park at the Horseshoe Bend of the Tallapoosa River. First stop was the Visitor Center and its exhibits. Then we headed to the battle site itself.

On March 27, 1814, General Andrew Jackson led a force of Tennessee militia, regular US soldiers, and his Cherokee and Lower Creek Native American allies into battle against Chief Menawa and his Upper Creek or Red Stick warriors. The conflict had begun the previous year as a civil war among the Creeks, with some siding with Americans in the War of 1812 and others hostile to the United States.

Menawa, some 1000 warrior and 350 women and children had settled in a temporary, fortified village named Tohopeka in December 1813. Jackson arrived with some 3300 men. You can read the details of the Red Sticks' devastating loss here. The final result was the Treat of Fort Jackson in which the Creeks turned over more than 20 million acres of their lands to the United States. After Jackson became president in 1828, he signed the Indian Removal Act after which Creeks and Cherokees were forced to move to Indian Territory during the 1830's. The area is now Oklahoma; I've written a blog post on some of the Creek names that followed the people.

I've made some further comments below. All photos are mine unless otherwise noted. 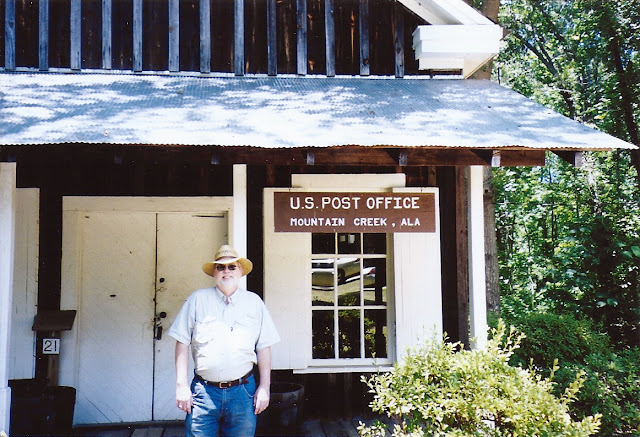 Here's Richard in front of that Mountain Creek post office. Several photos below show the cemetery close to the museum. 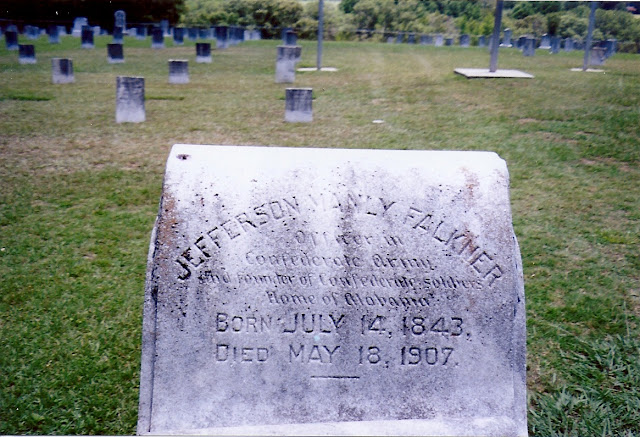 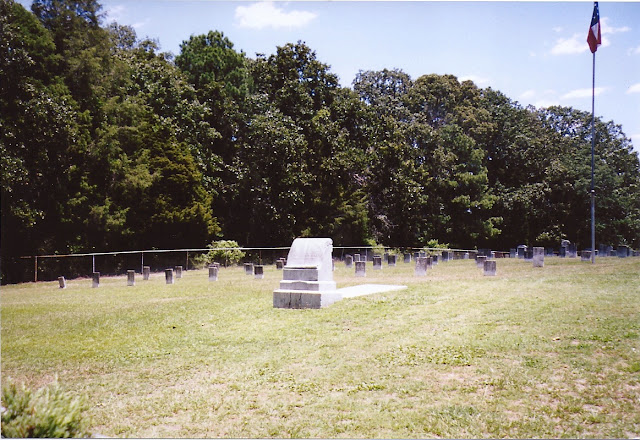 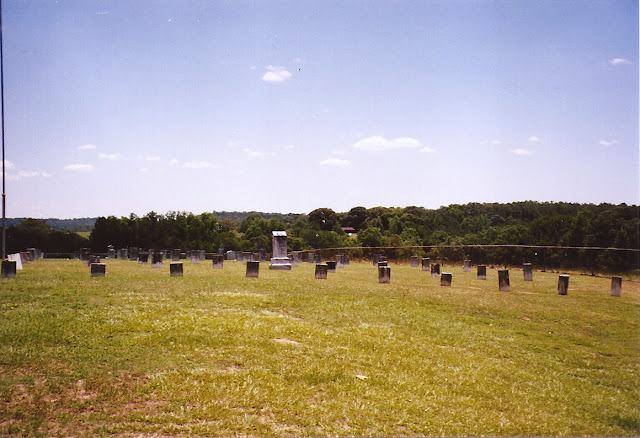 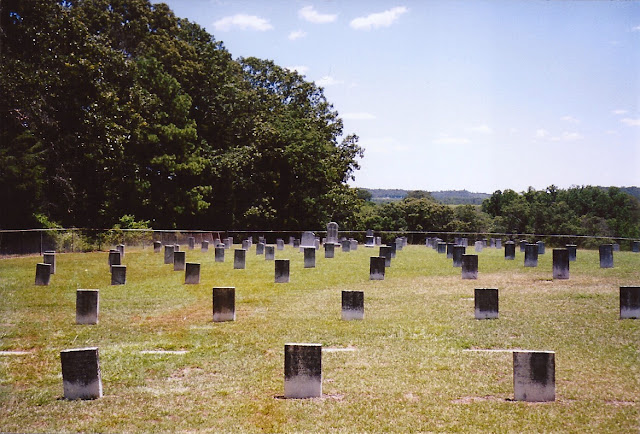 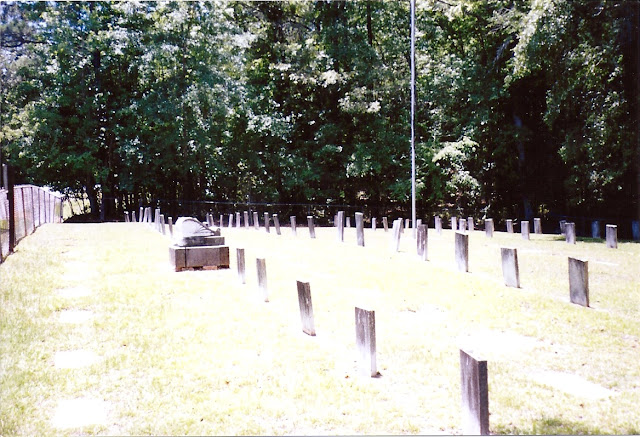 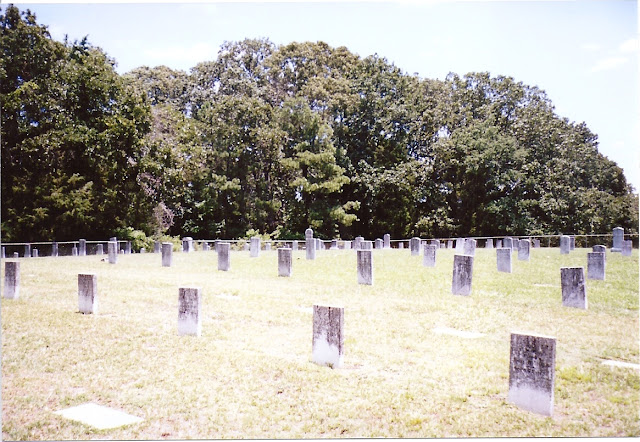 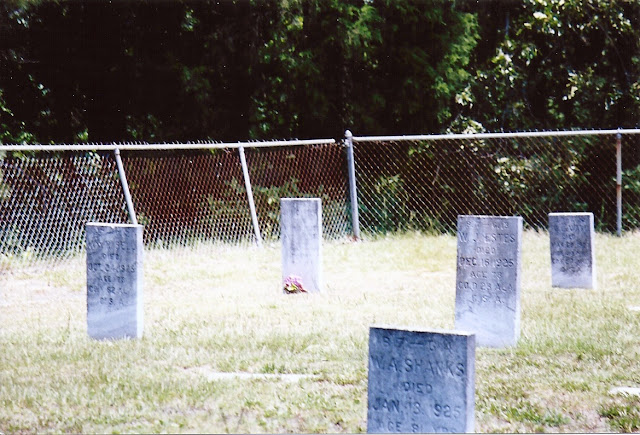 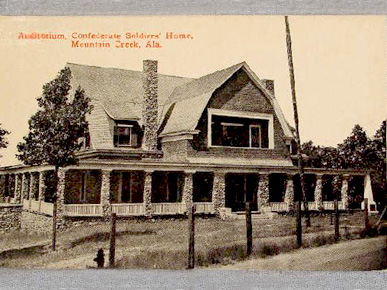 Memorial Hall was built in 1902 and included the commandant's office, a library, a parlor, and a conference room. The upper floor was used as an auditorium. Fire destroyed the building in 1924. 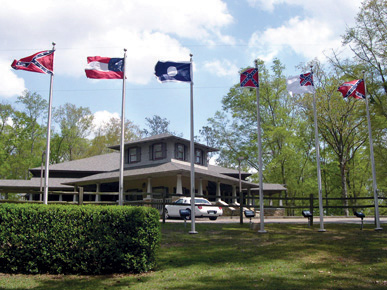 This photo shows the museum and a flag display. 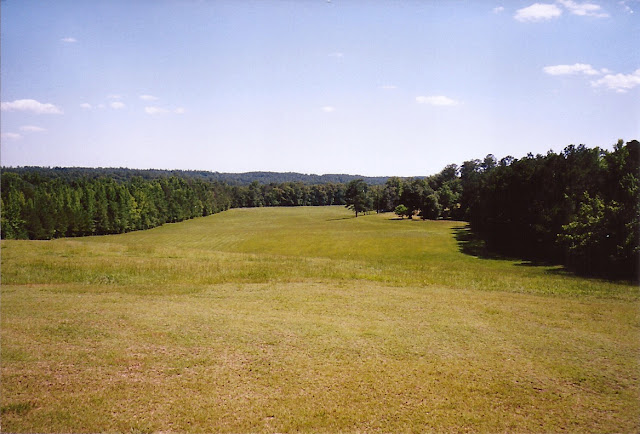 These three photos show the site of the Battle of Horseshoe Bend as it looks today. On the other side of the trees the Tallapoosa River winds around the bend. All was quiet that day, a sharp contrast to the March day 200 years ago when so many Creeks and whites died here. Jackson's force lost 49 men and more than 150 were wounded. Some 550 Red Sticks died on this field; an estimated 300 more were shot in the river. 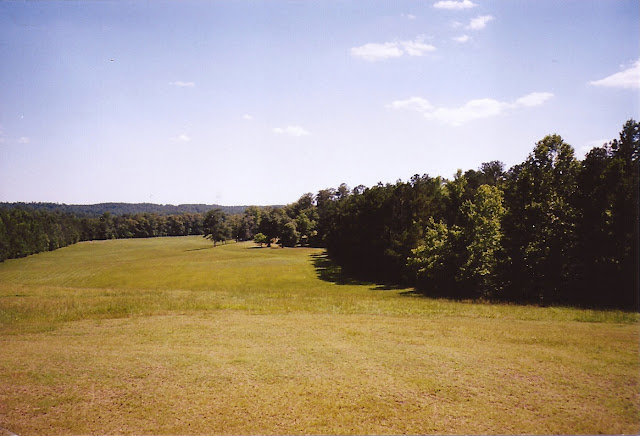 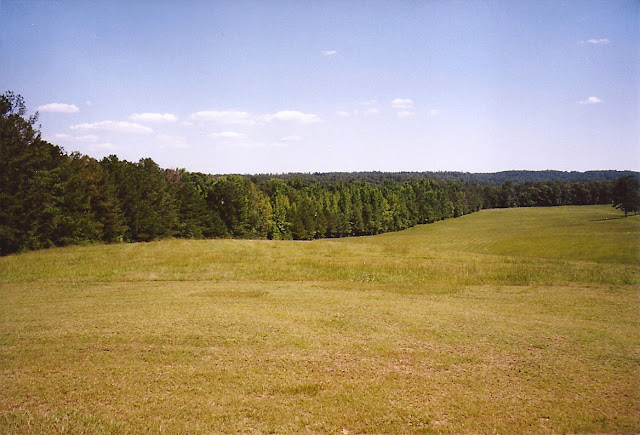 We were standing on the "high ground" near the location of the breastworks noted on the map below when I took these photos. 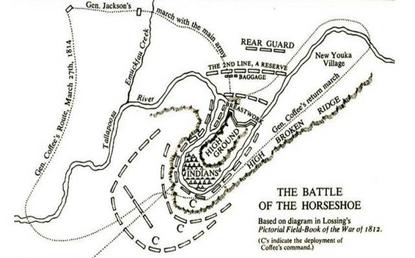 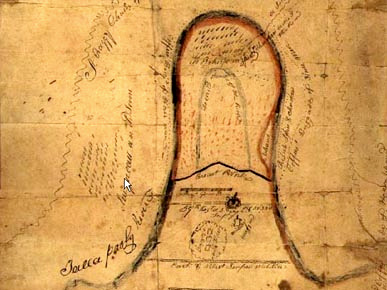 Another map of the Bend and the battle. 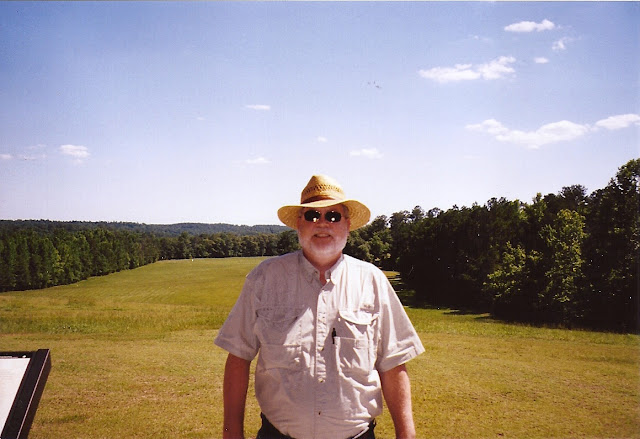 Posted by AlabamaYesterdays at 6:20 AM