Saint Patrick's Days Past in Alabama

March 17 is the traditional death date of Saint Patrick and its celebration acknowledges him and the arrival of Christianity in Ireland. The day is a religious one in Catholic, Lutheran and several other churches and is celebrated in many countries where the Irish have settled. The day is also a general celebration of Irish history and culture.

A few tidbits related to Saint Patrick's Day in Alabama and comments are below. And don't miss the video on YouTube of the 2006 leprechaun appearance in Crichton, a suburb of Mobile. Wikipedia has the background. 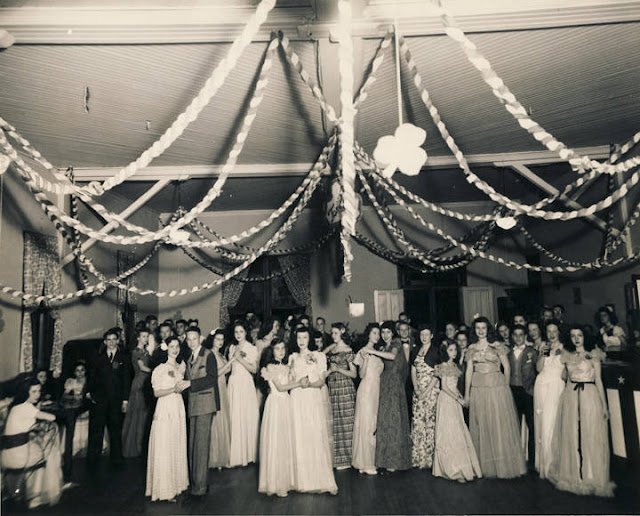 Tumble In Youth Center in Decatur decorated for a formal dance on St. Patrick's Day in 1945. The Center was sponsored by the Decatur Recreation Commission and St. John's Episcopal Church and had 236 boy and girl members at this time. 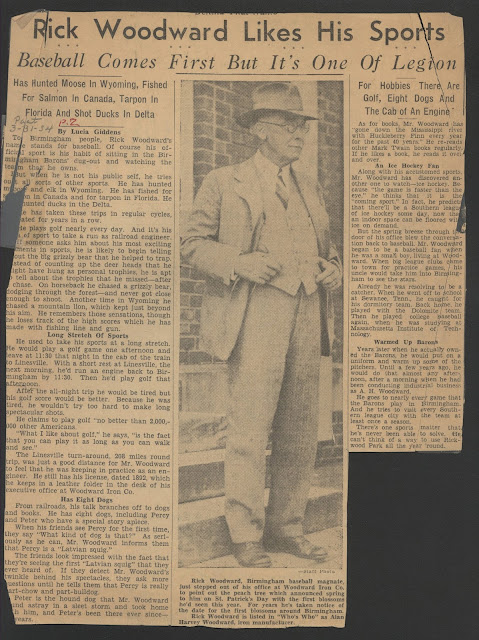 This profile of Rick Woodward  was published in a Birmingham newspaper on March 31, 1934. Woodward was a third generation Birmingham businessman who also owned the Birmingham Barons baseball team. The caption under Woodward's photo notes that he had stepped out of his office on St. Patrick's Day and saw peach tree blossoms, the first he had noted that season. "For years he's taken note of the date for the first blossoms around Birmingham."

The Hibernians are an Irish-Catholic fraternal organization founded in New York City in 1836. The group organized a St. Patrick's Day parade in that city every year until 1993 when an independent committee took over responsibility. Pratt City developed in the 1880's in conjunction with the Pratt Mines, which at that time were the largest in the state. The area was a magnet for immigrants of many nationalities, including the Irish. 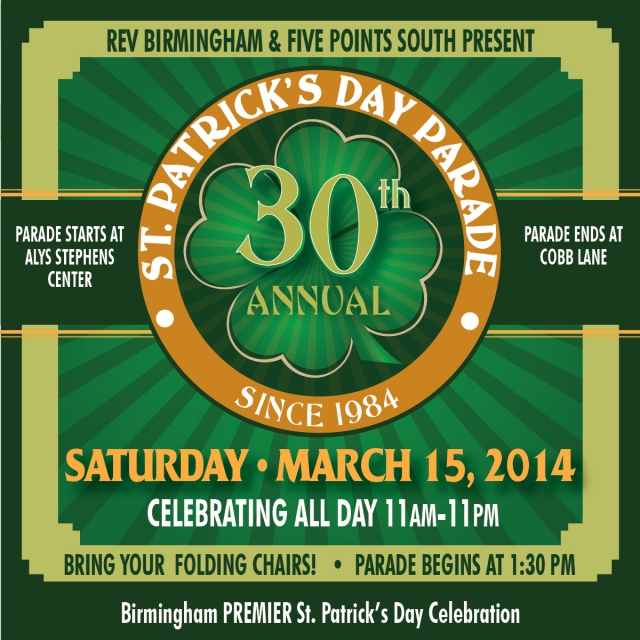 Posted by AlabamaYesterdays at 5:55 AM